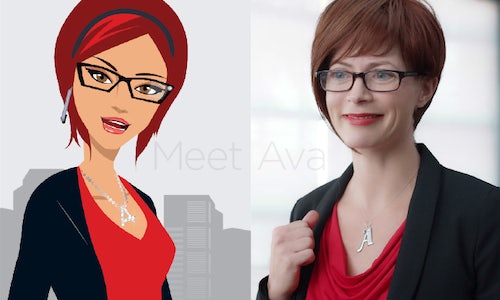 In Silicon Valley, the term "old-school" doesn't generally get people too excited. In 2014, Avaya, a telecommunications company with a stigma as the "conference call company," was perceived as pretty old-school. Not willing to resign itself to that fate, Avaya embarked on a transformative journey to reposition itself as a 21st century business engagement company.

Early research demonstrated that the personal value a brand offers business decision makers is twice as influential as the business value. This fact inspired the insight that business decision makers aren't just seeking less-glitchy communications solutions – they're looking for better ways to connect with and engage with each other. In order to move the needle, Avaya had to connect with audiences on a personal level and build a human bridge to the brand.

The first step was to develop "Ava," a cool, quirky, tech-savvy brand persona – a modern day Emily Post of business etiquette. The second step was to create an integrated launch campaign to introduce Ava to the marketplace and inspire people to think differently about Avaya.

The "Ava vs. The Office Offenders" campaign was comprised of humorous original content distributed across PESO channels. A suite of multimedia creative was developed and amplified over a 6-week period generating 17 million impressions, 265,000 video views and record levels of engagement. Both internally and externally, the response to Ava was overwhelmingly positive. The company had found its 21st century brand voice.

Because it takes guts to reinvent yourself. It takes strength to look at your organization and ask, "What value do we really bring to our customers? What can we offer that is bigger than our products – bigger than our brand? What is it that could make a difference in their lives?" It takes a bold company to ask these questions and Avaya was up to that challenge.

Avaya's customer-value exploration led to the insight that their products were valued much more for what they enabled, than what they did. Enabling people to connect and productively engage with each other – that's really what it was all about. Thus – engagement became what Project Ava was all about.

Ava's persona not only delivered Avaya's Silicon Valley "cool," but she created a much-needed human connection to the brand - sprouting emotional ties with customers that will ultimately influence their perception and purchase decision-making.

Here's how and why it worked….

The Creative Strategy: Transform Avaya's communications from business-to-business to person-to-person via a modern day brand persona.

The Integrated Execution: "Ava vs. The Office Offenders" was an integrated digital campaign built to launch Ava, gain brand awareness and shift perceptions of Avaya.

The Results: The introduction of Ava has ushered in a new era for Avaya. Internally and externally, stakeholders have adopted her as the voice of the brand and her potential to enhance Avaya's reputation and brand equity is limitless.

Project Ava has received resounding praise from Avaya employees, customers, partners and executives including the Board of Directors. Ava has solidified her role as the voice of Avaya and the advocate for customers. Her success will continue into 2015 and beyond - starting with becoming the voice of the new Avaya MLS Soccer Stadium for the San Jose Earthquakes. 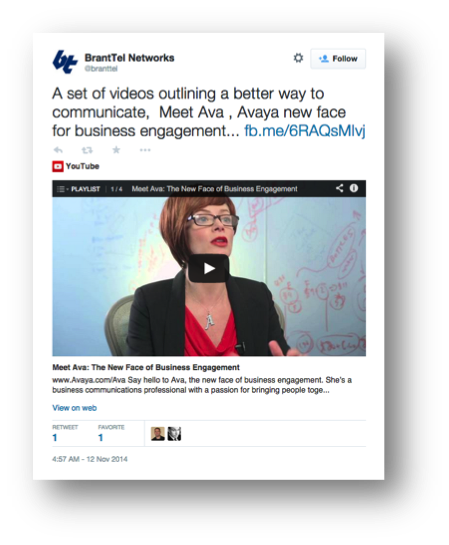 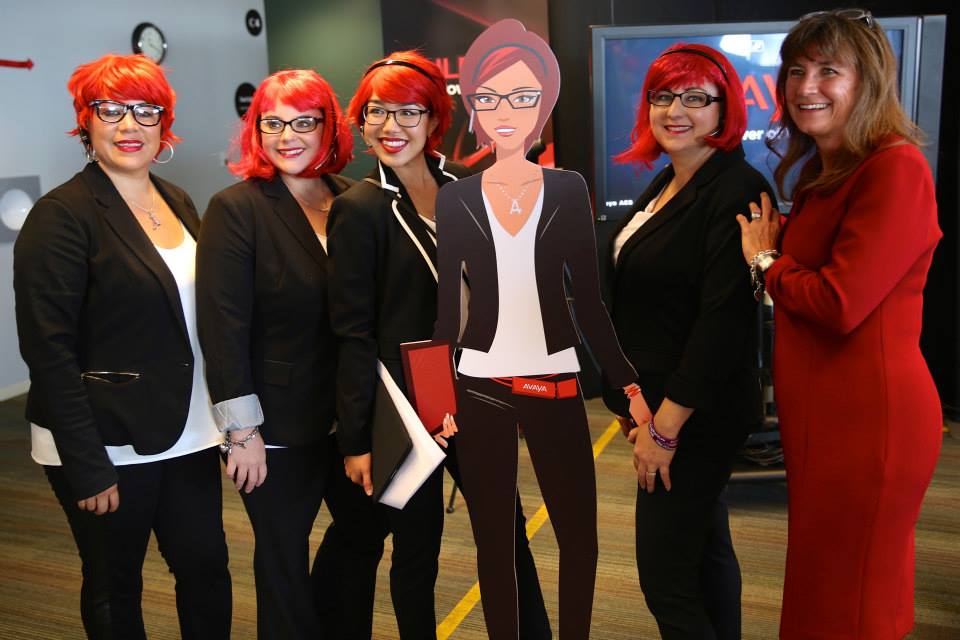 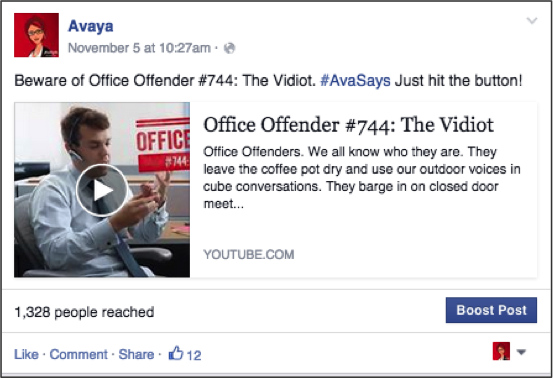 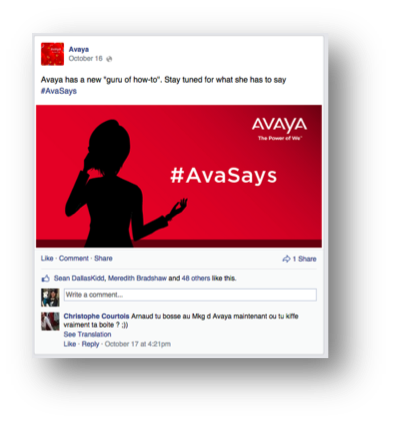 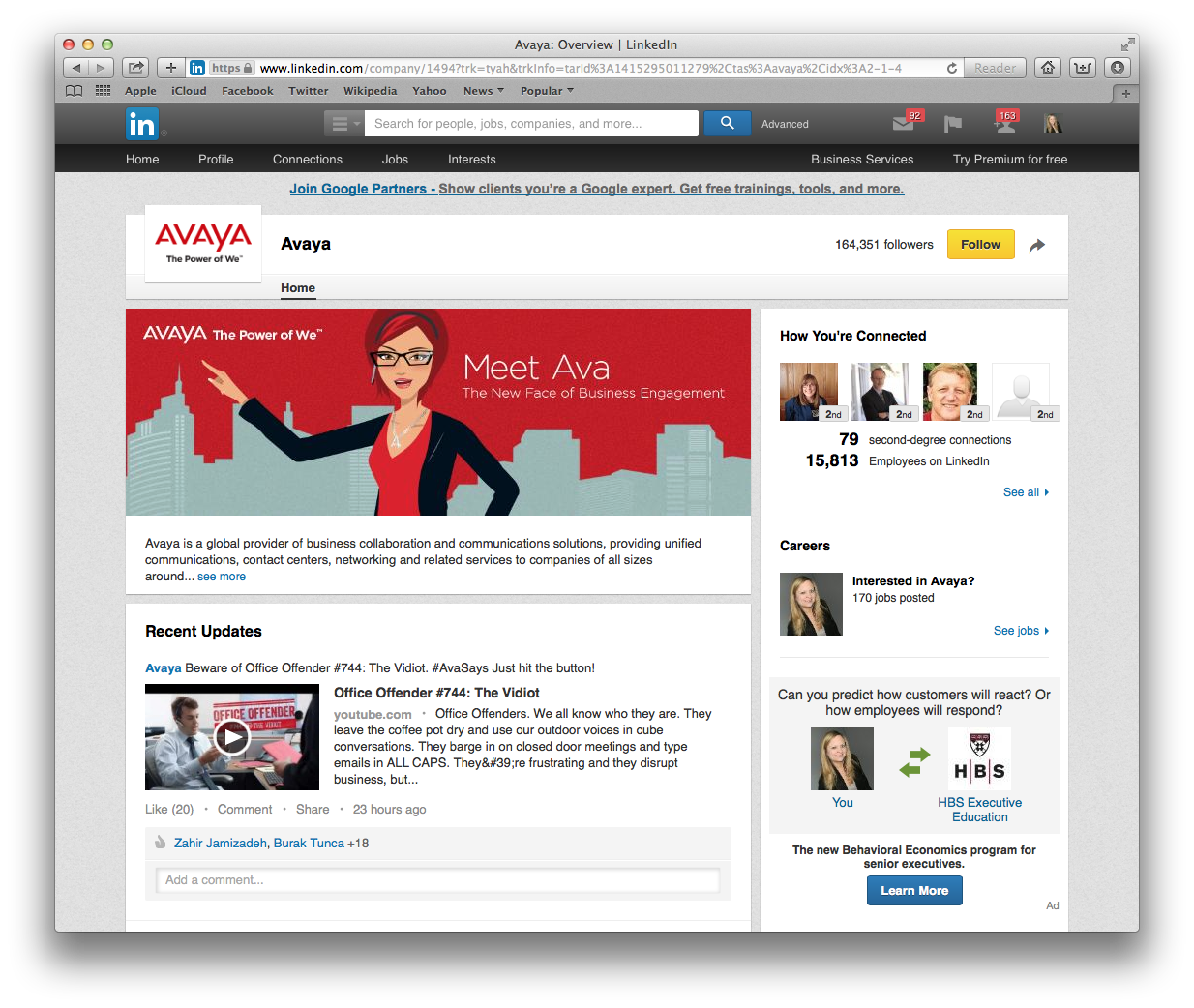 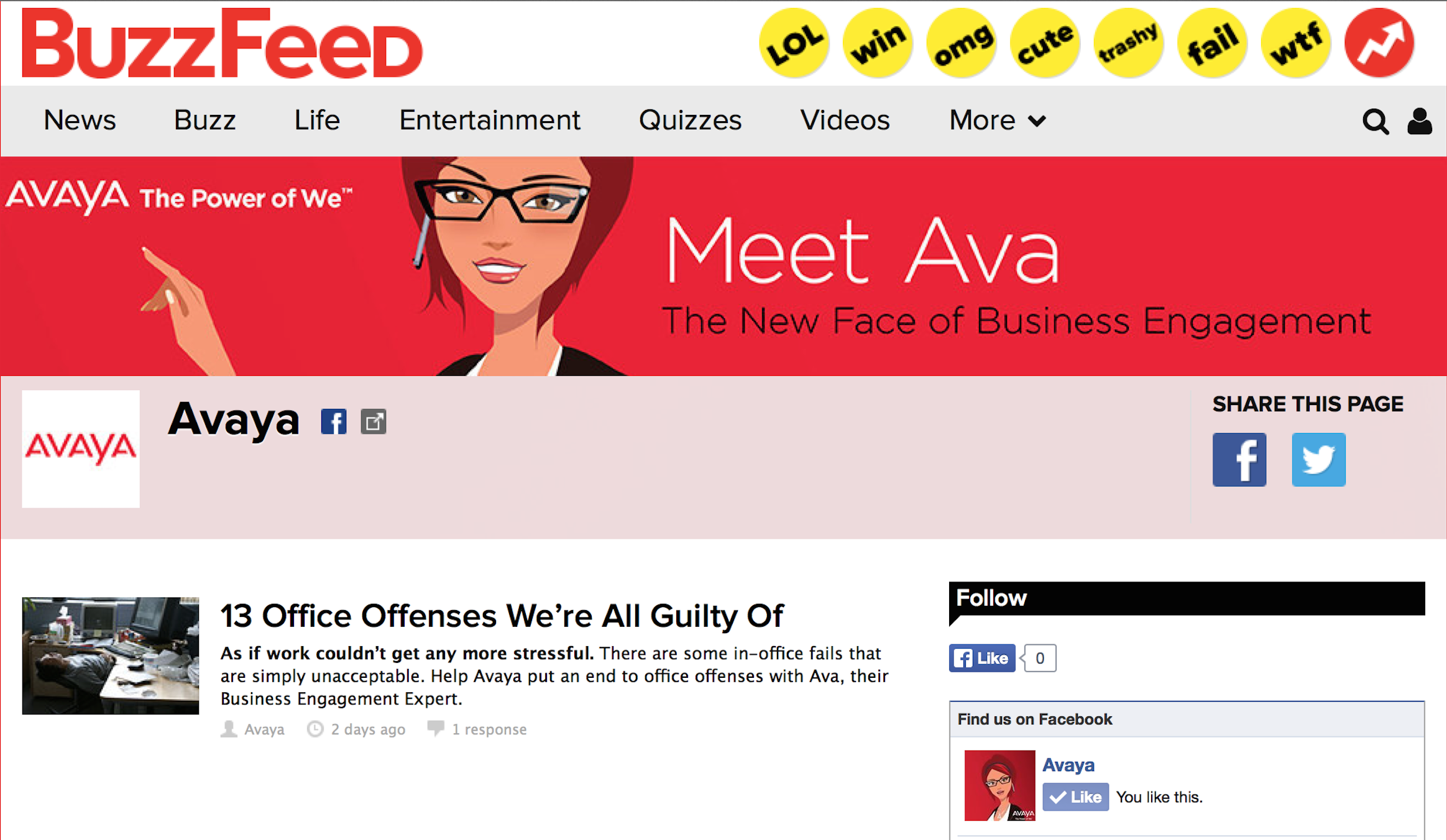 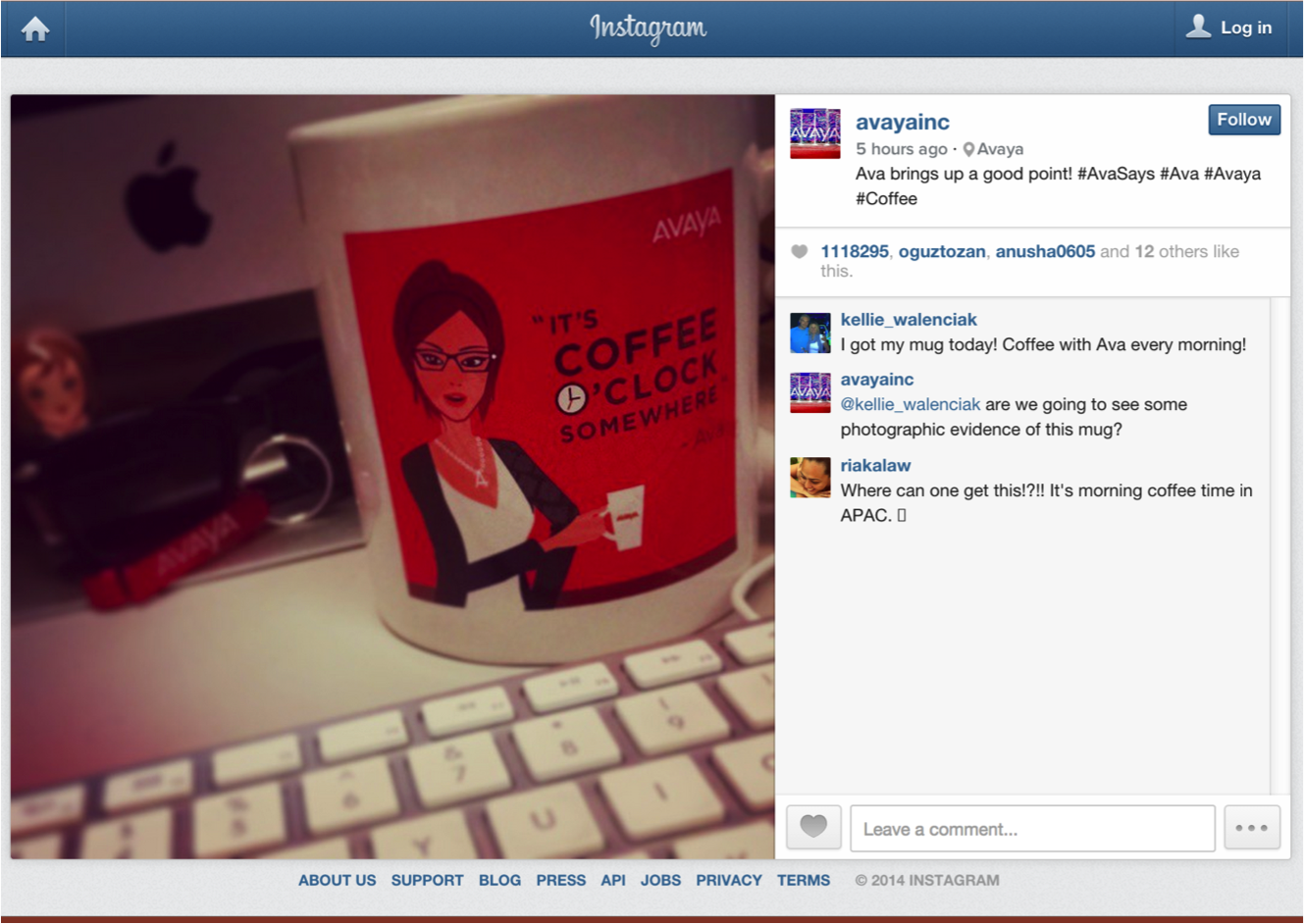 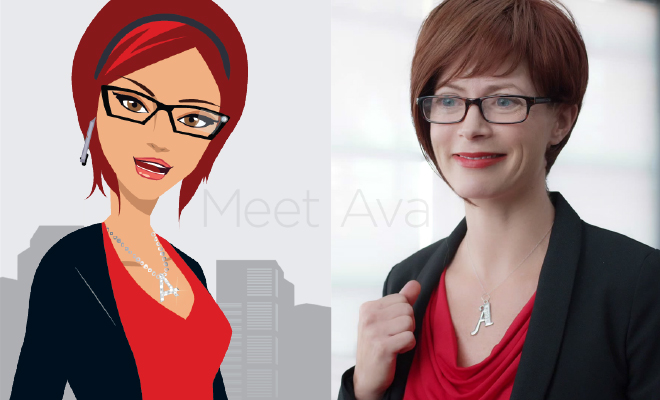