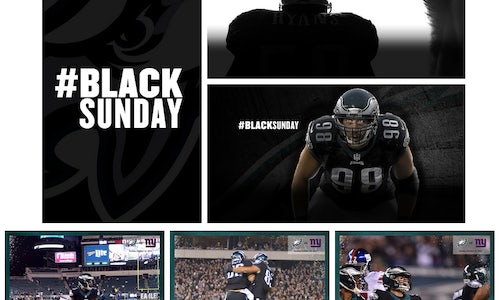 Each year, the Philadelphia Eagles play just 16 games, 16 opportunities to showcase what we can do. But every once in a supermoon, there's a perfect storm. Week 6 of the 2014 season welcomed a three-way collision: The division rival New York Giants came to town for a Sunday Night Football showdown where we debuted our first-ever all-black uniform.

To take advantage of the game's heightened magnitude, the Eagles dubbed Week 6 #BlackSunday and executed a fully-integrated digital campaign to support the team's on-field mission, capture engagement across our digital network and inspire fan support. As the Eagles dominated on the field, we were also winning across our digital network, leveraging social media, mobile, video and web assets for the week-long campaign.

The all-black uniform announcement received national coverage and our Black Sunday cartoon went viral with more than 900,000 views on media outlets including ESPN, Sports Illustrated and Deadspin. Campaign assets were specifically tailored to each digital channel and fans were given sneak peeks and exclusive content leading up to the game. Most importantly, Eagles fans took hold of #BlackSunday, generating more than 85,000 social media mentions for the niche hashtag, and made the campaign their own by showing up to Lincoln Financial Field decked out in all black everything.

Black Sunday dominated Week 6 of the NFL, inspired fans across Eagles Nation and remains one of the season's brightest highlights, on and off the field.

#BlackSunday is Back: Philadelphia Eagles fans first rallied around #BlackSunday during last year's alternate jersey matchup, a 2013 home game against Arizona. The social team brought back the popular hashtag and built a 360-degree digital campaign to commemorate this year's all-black uniform debut. Visually striking content was developed for every channel available in the team's digital arsenal: web, social, mobile and video.

Ride the victory out into the bye week: Perhaps the biggest challenge of #BlackSunday, besides claiming victory on the field, was the bye week that followed in Week 7. In addition to creating content to promote the matchup, the team also created two content plans to account for both possible results, a win or a loss. Fortunately for the team and its devoted fan base, the Philadelphia Eagles dominated on the field and shut out the Giants. The team took advantage of the win the following week through photo galleries capturing #BlackSunday on and off the field, highlight packages and film study to show fans exactly how the Eagles achieved our first shutout in 18 years.

The results of #BlackSunday in the digital space were as staggering as the team's epic primetime win. The Philadelphia Eagles reached more than 64 million fans and inspired more than 11 million engagements on social media in a single week leading up to #BlackSunday, an all-time high. National and local media and the National Football League praised the Eagles digital team publically and professionally for the campaign's quick development and activation. Most importantly, Eagles Nation rallied around the team and the hashtag, donning all-black in the stands and showing the Giants what the Midnight Green 12th Man is made of.

Following the team's historic shutout, head coach Chip Kelly thanked the fans for inspiring the players to victory, "We had great energy, you could tell it right from the jump." And special teams captain Chris Maragos summed up #BlackSunday perfectly with this victory tweet, "What a great team win in all phases of the game. The stadium was rockin tonight, appreciate the #BirdGang bringing the energy #FlyEaglesFly." 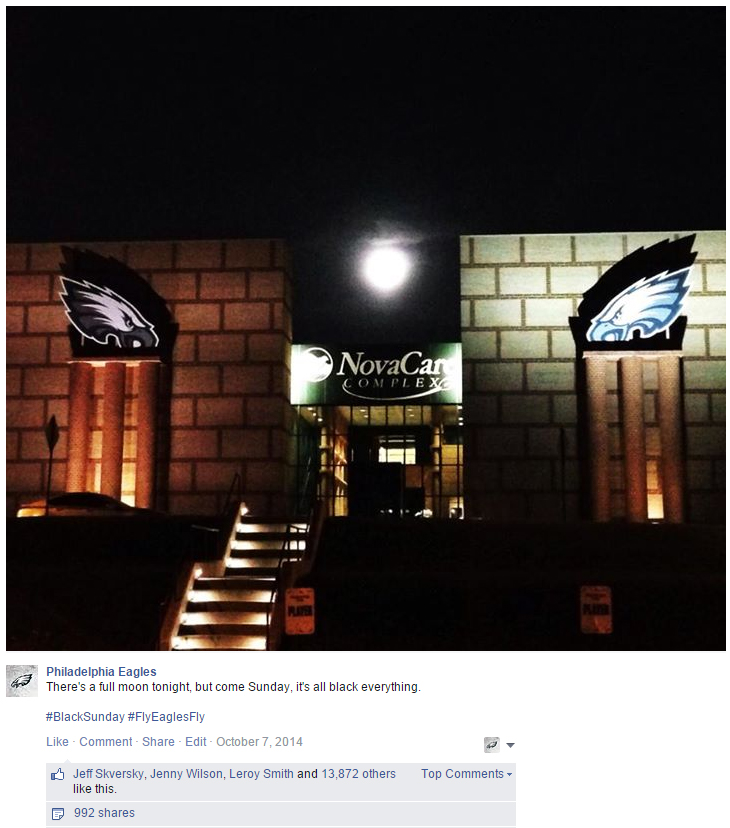 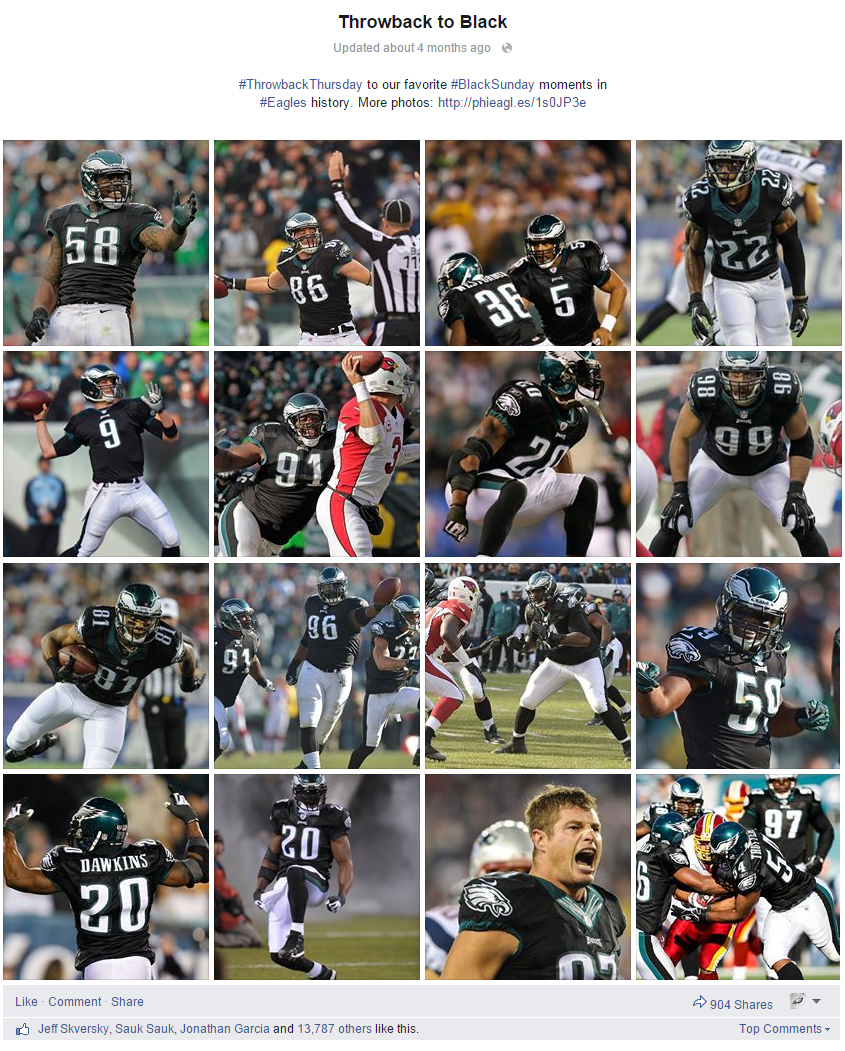 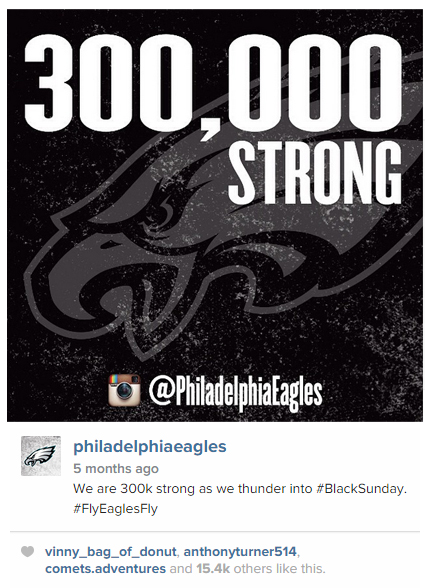 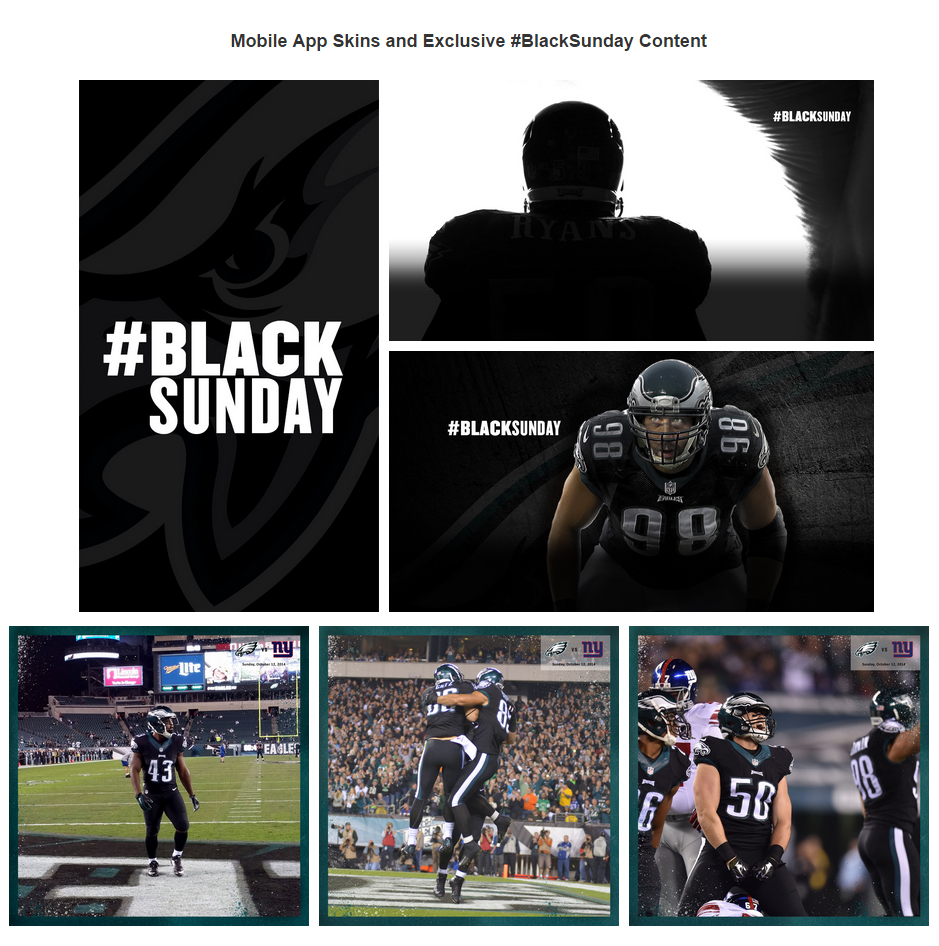