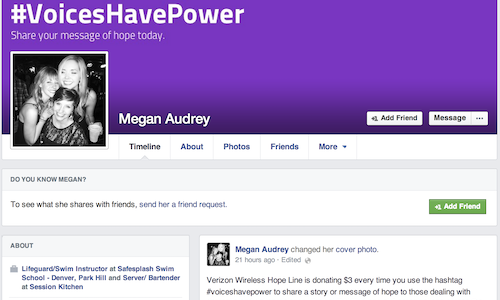 Only 13% of wireless consumers surveyed were aware of the HopeLine program. It was Sew's objective to significantly increase awareness and participation in HopeLine.

Dating and domestic violence is heavily stigmatized, under-discussed and even ignored at times in America.

To help people find their voice [Providing the resources, inspiration and knowledge to speak up effectively, whether as a victim, survivor, advocate or general consumer], when it matters most [The conversations and actions that can prevent, disrupt or end abuse].

Send a message of hope to the 1 out of 3 people affected by abuse in America.

Over 135,000 unique Messages of Hope submitted during the campaign

Over $400,000 USD was donated to our 12 campaign non-profit partners to further specific prevention, survivor empowerment and youth education programs

We identified a major problem…

Through our quantitative and qualitative research, we found that in situations of abuse, the first thing a person looses is their voice. Survivors of abuse are often times just as voiceless.

And when we dug a little deeper…

Victims, survivors and even witnesses of abuse are kept silent by powerful pressures and emotions – fear, shame, guilt and a lack of knowledge for how to take action. Among other powerful learnings, we also discovered that 1 out of 3 Americans will be affected by abuse in their lifetime. As a boutique agency of 10 people, that means at least 3 from our team have likely been affected by abuse; we know one has been for sure.

Can you image a moment…

It was difficult for us to imagine as well. So we asked ourselves:

With a modest budget that did not include a paid media or PR spend, how were we going to excite a national discussion about a seriously under-discussed issue?

Here's why we believe Because Voices Have Power deserves to win:

Because Voices Have Power' addressed a major social-psychological issue and inspired a country to speak up against dating and domestic abuse, giving victims and survivors of abuse courage, hope and a sense of community.

To stoke nationwide participation, Verizon committed to making a $3 donation (because 1 out of 3 people are affected by abuse) to end dating and domestic violence for everyone message of hope shared during the campaign. The nation spoke:

To rally meaningful reach without a media or PR budget, we multiplied our networks by partnering with a strategic mix of 12 dating and domestic violence nonprofits ranging from national, regional and local in scope – Break the Cycle, NNEDV and Women Against Abuse to name a few. Additionally, we engaged other organizations (such as No More and Dosomething.org) and influencers (such as Dr. Phil). It worked:

To create social proof and solidarity as well as illustrate impact, we placed emphasis on transparency. We constructed a simple, dynamic and responsive campaign website showcasing all of the messages of hope being shared on the website, via SMS and across the social web. We also focused our communication around the campaign hashtag #VoicesHavePower, which quickly turned into a river of courage, support and hope on Twitter, Facebook, Instagram, Pinterest and Tumblr. Our voices became a megaphone:

To do what we needed technologically without going into debt, we got scrappy. From a technical point of view, we built a custom piece of technology that allowed content from across the social web tagged with #VoicesHavePower to be vetted and then published on the campaign website.

By the end of the campaign, Because Voices Have Power brought a voice to victims, survivors and witnesses of abuse. Because we already outlined the more quantitative outcomes of the campaign, we thought we'd highlight a few different outcomes taken from the campaign website:

"My mother was abused for over 7 years and she's finally free. You are never alone. #VoicesHavePower"

"Today I left after 8 years of abuse. he could kill me or I could go back again. I fear both. Be safe. U r not the problem & u r not broken! #VoicesHavePower"

"You don't have to believe in miracles. Just believe in yourself and your strength, because you do have it within you. #VoicesHavePower"

In a year punctuated by powerful discussions such as #YesAllWomen and #WhyIStayed, it was an honor to concept, produce and execute Because Voices Have Power. On behalf of everyone at Sew, thank you for your consideration. 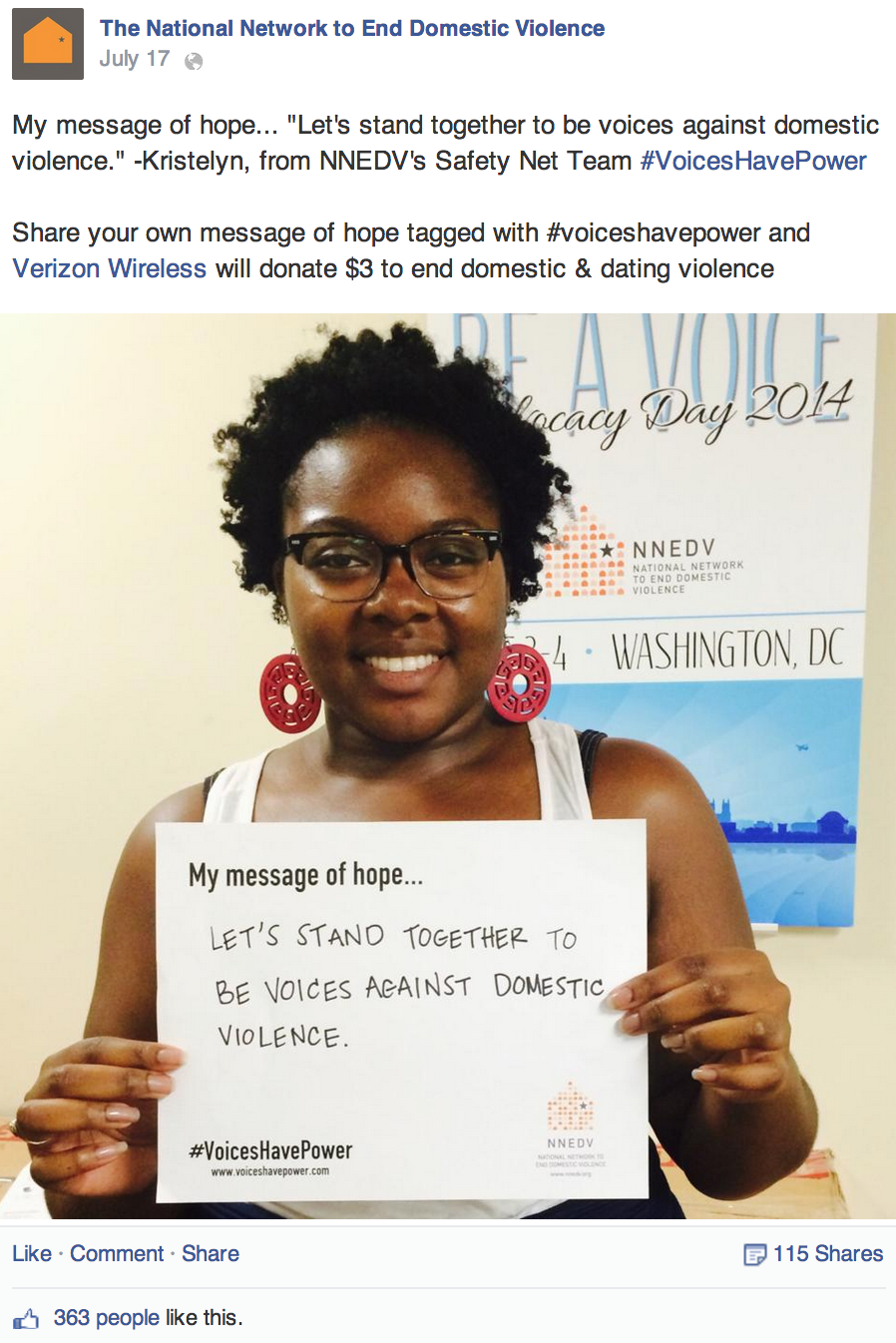 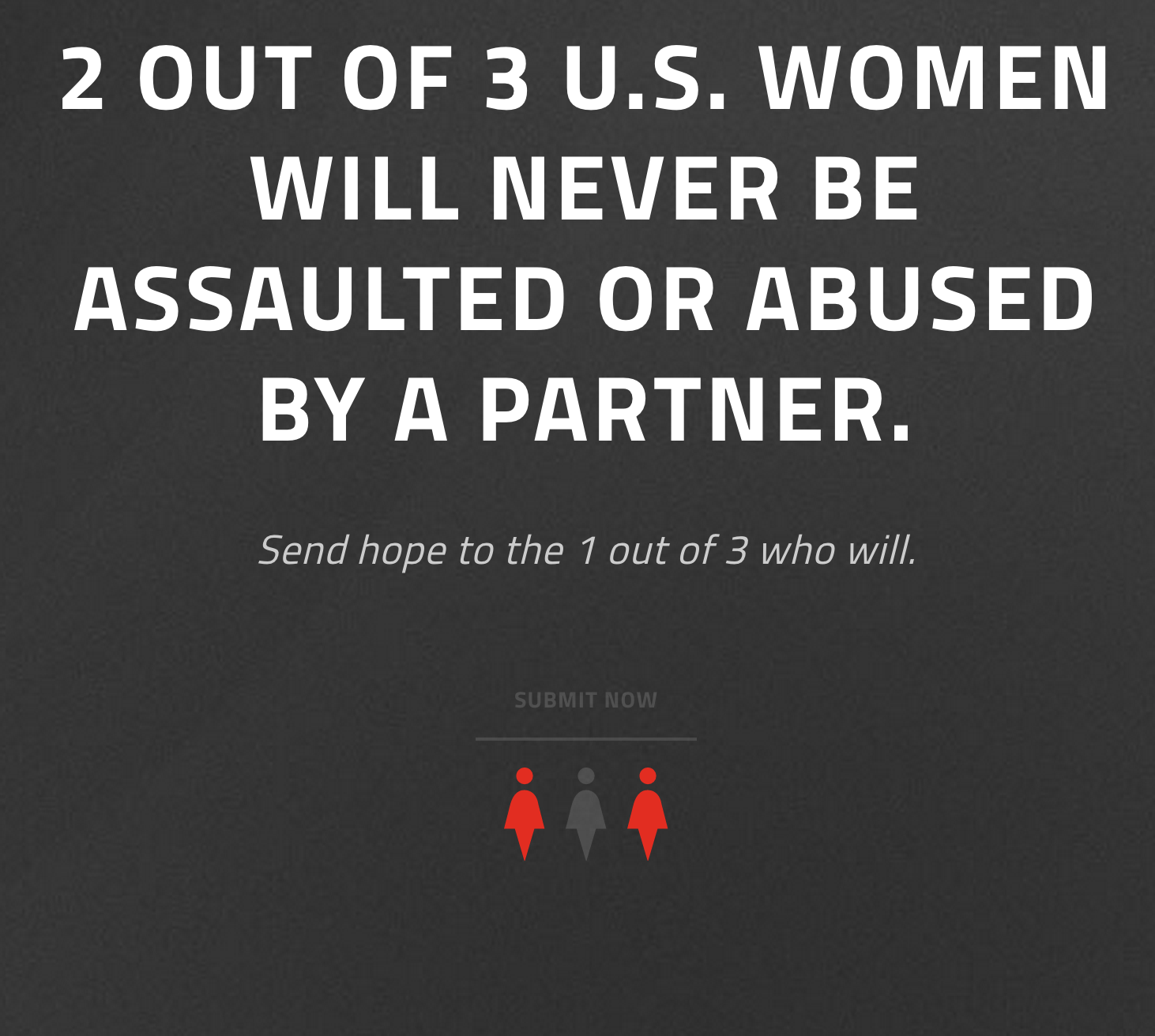 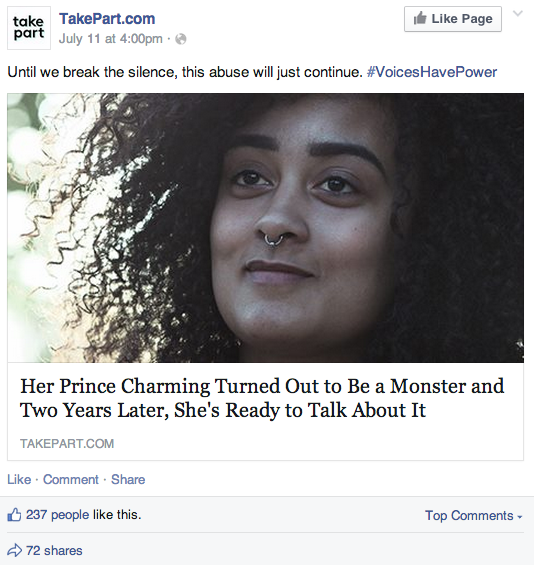 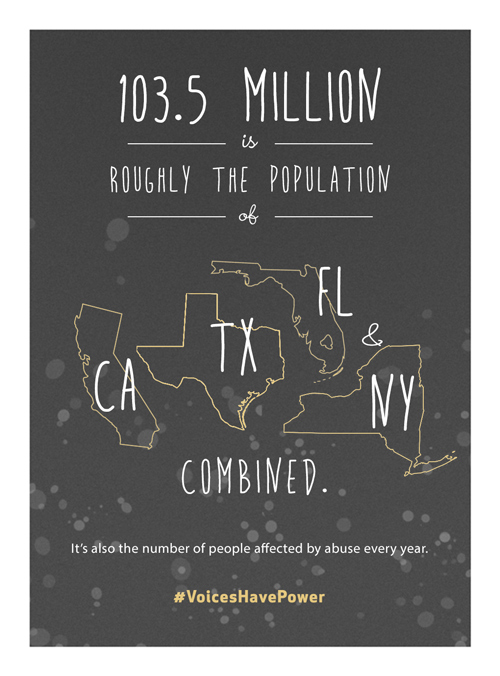 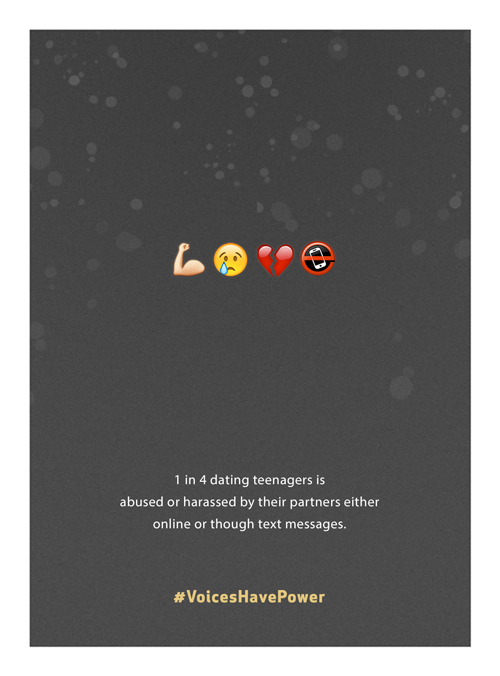 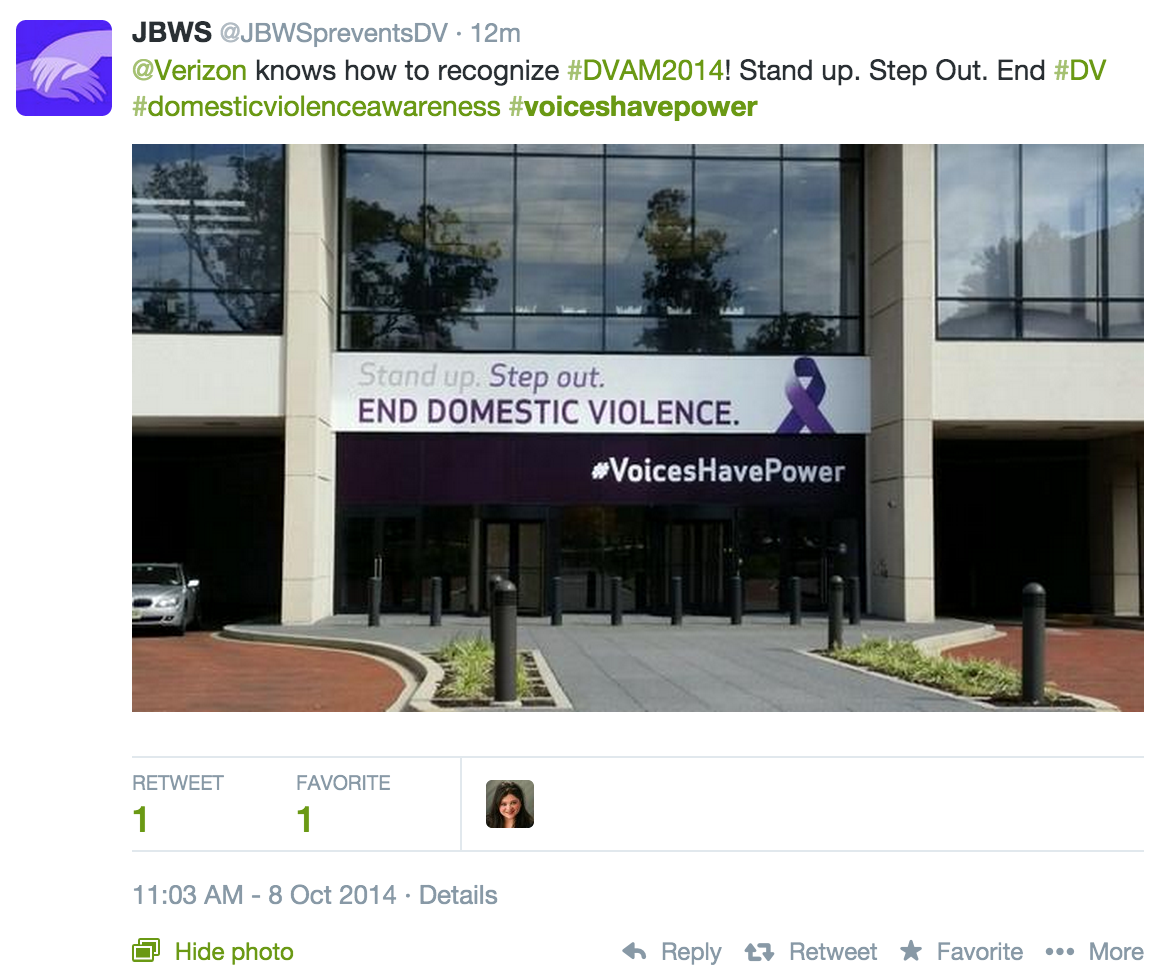 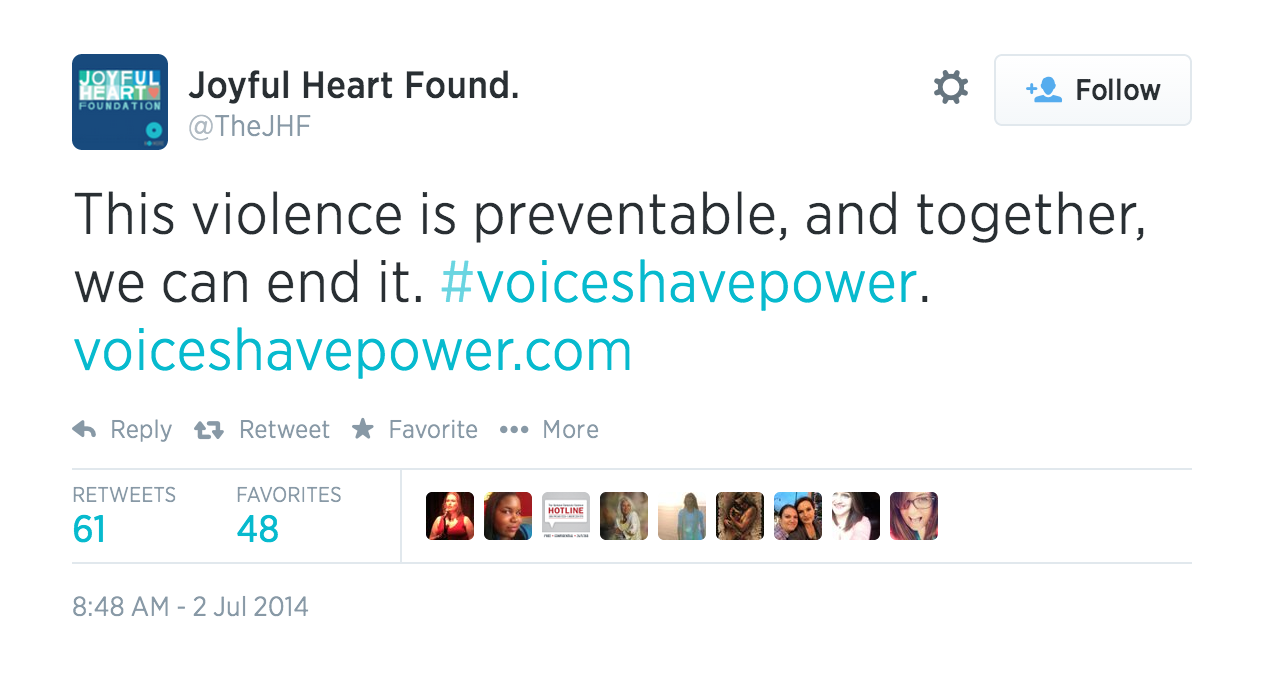 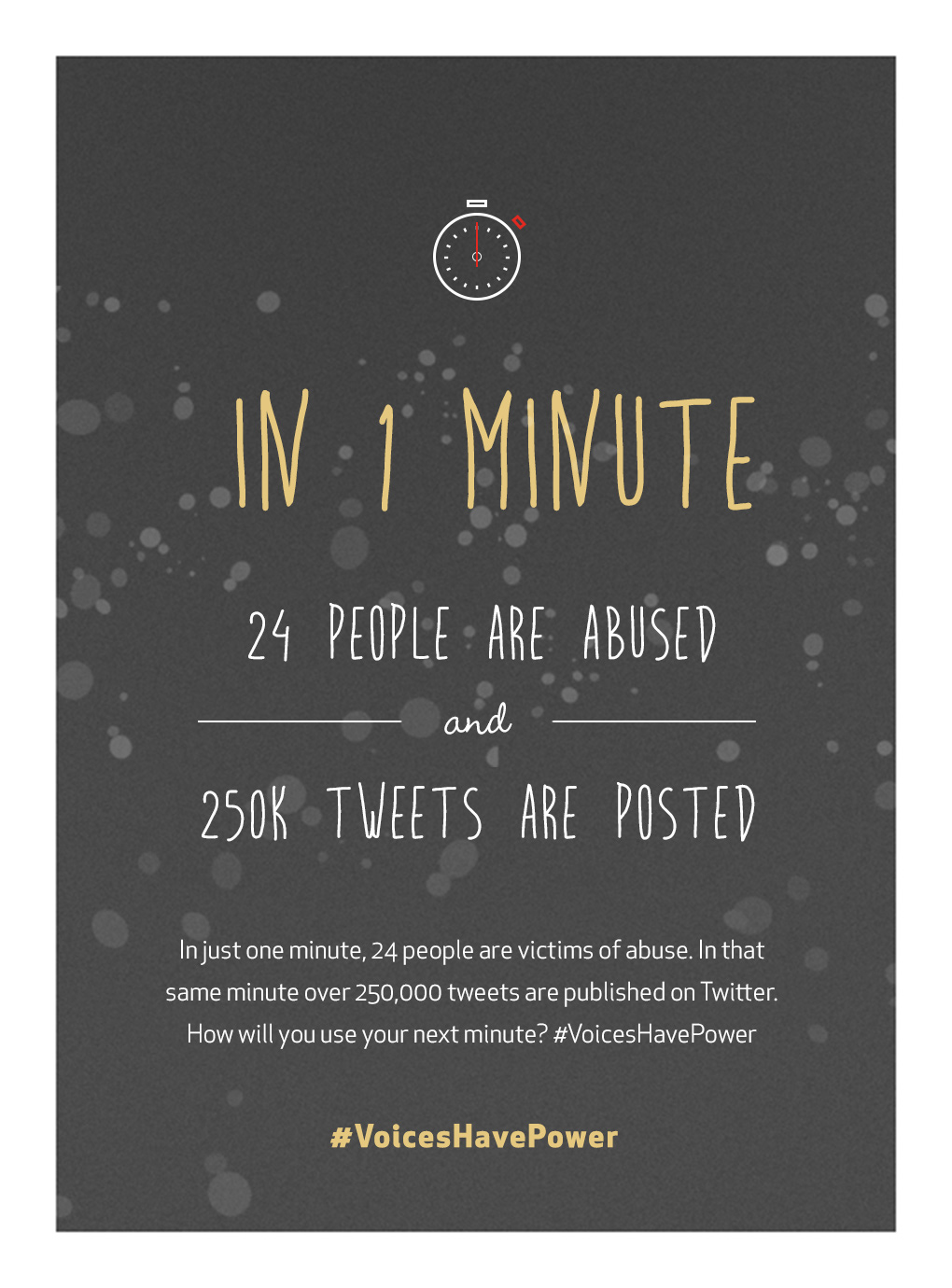 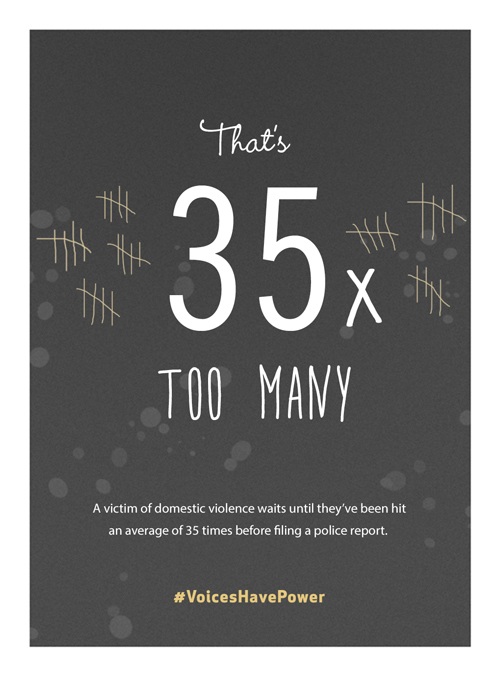 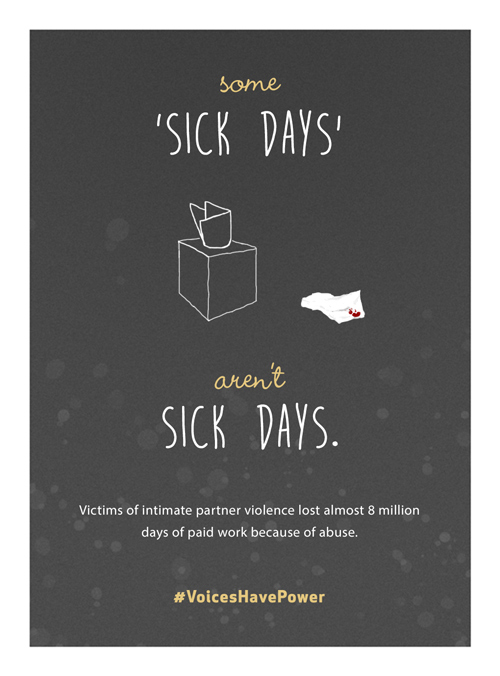 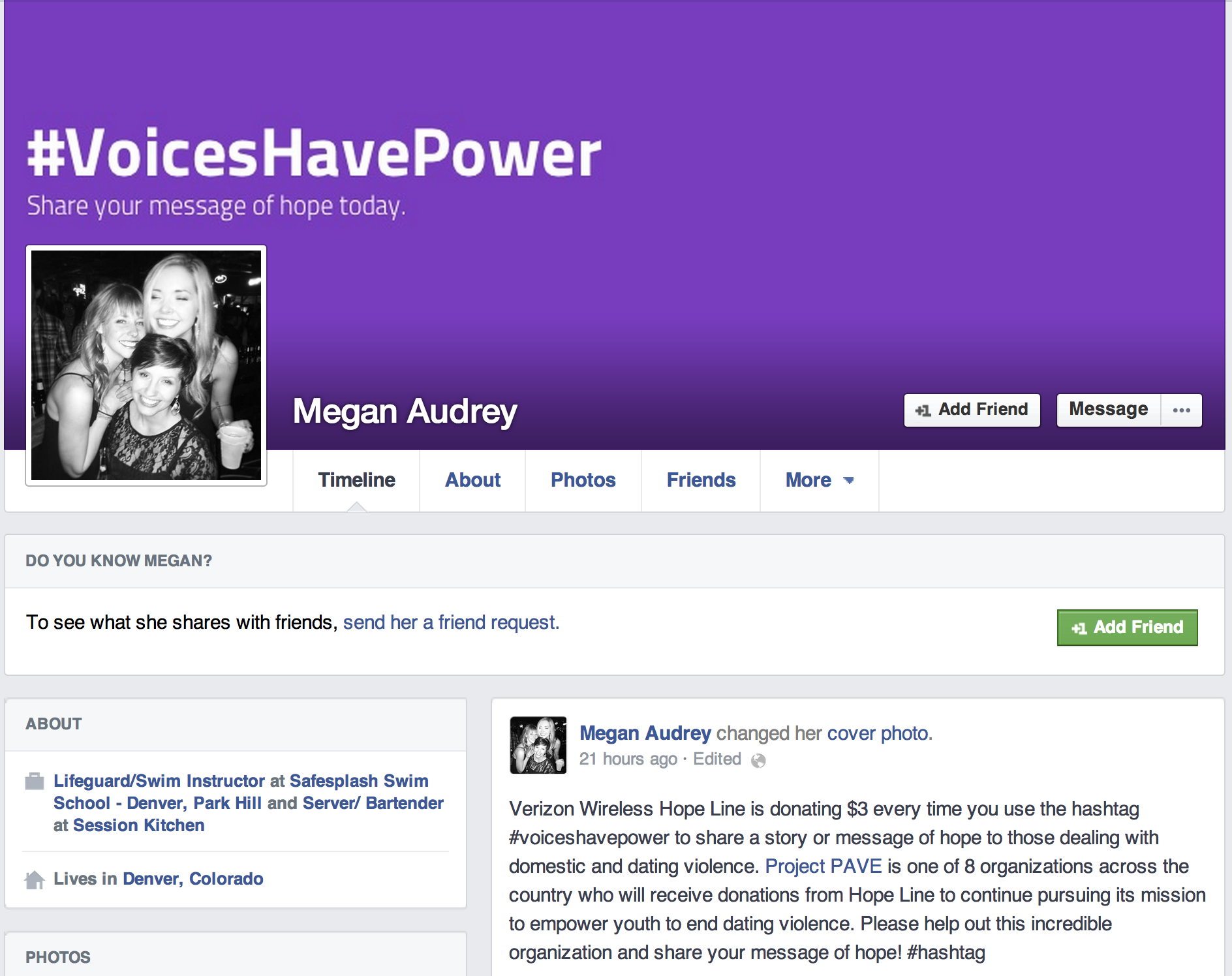