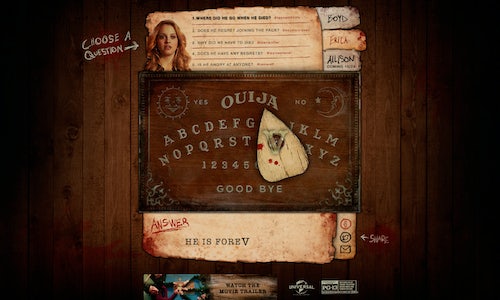 Universal teamed up with MTV and Teen Wolf to create a multi-platform campaign that generated massive buzz and awareness for the Ouija movie. The socially-driven promotion leveraged MTV & Teen Wolf's immense social footprint of 69 million followers to drive fans to a custom interactive Ouija board hub and create conversation leading up to the film's 10/24 release.

Throughout the course of 3 weeks, MTV called upon the Ouija board to reconnect with deceased fan-favorite characters in Teen Wolf. Through a series of call-to-action social posts, users submitted their questions using the #AskOuija hashtag. Ultimately, fans were driven to the co-branded Ouija hub where the answers were revealed to the best fan-submitted questions. MTV then selected the best 5 questions and called out a different fallen Teen Wolf character each week during the flight. Each specific call-to-action consisted of 3-4 social posts on MTV and Teen Wolf's Facebook & Twitter handles.

This campaign marked the first time we allowed the creative assets and thematic of a film to influence the characters and storylines of one of MTV's biggest and most prized on-air series. Teen Wolf has built a fan base that not only lives and breathes the show while it's on-air, but continues to be enraptured by the stories and fantasies in between seasons. Any character who has died on the show triggered an emotional reaction by our fan base, so through this campaign the ability for MTV to bring the deceased characters to the forefront one last time with the Ouija board as the key quenched our fans' thirst for storylines they wished never ended and built anticipation for where the show runners would take the series next.

This program seamlessly weaved the hero of the film, the Ouija board, into a sponsorship in a way that every integrated marketing partnership sets out to – naturally and powerfully. The campaign was the perfect marriage of two properties that share a common fan type following and passion for the dark and mysterious stories…and it showed in the powerful results that came of this execution. 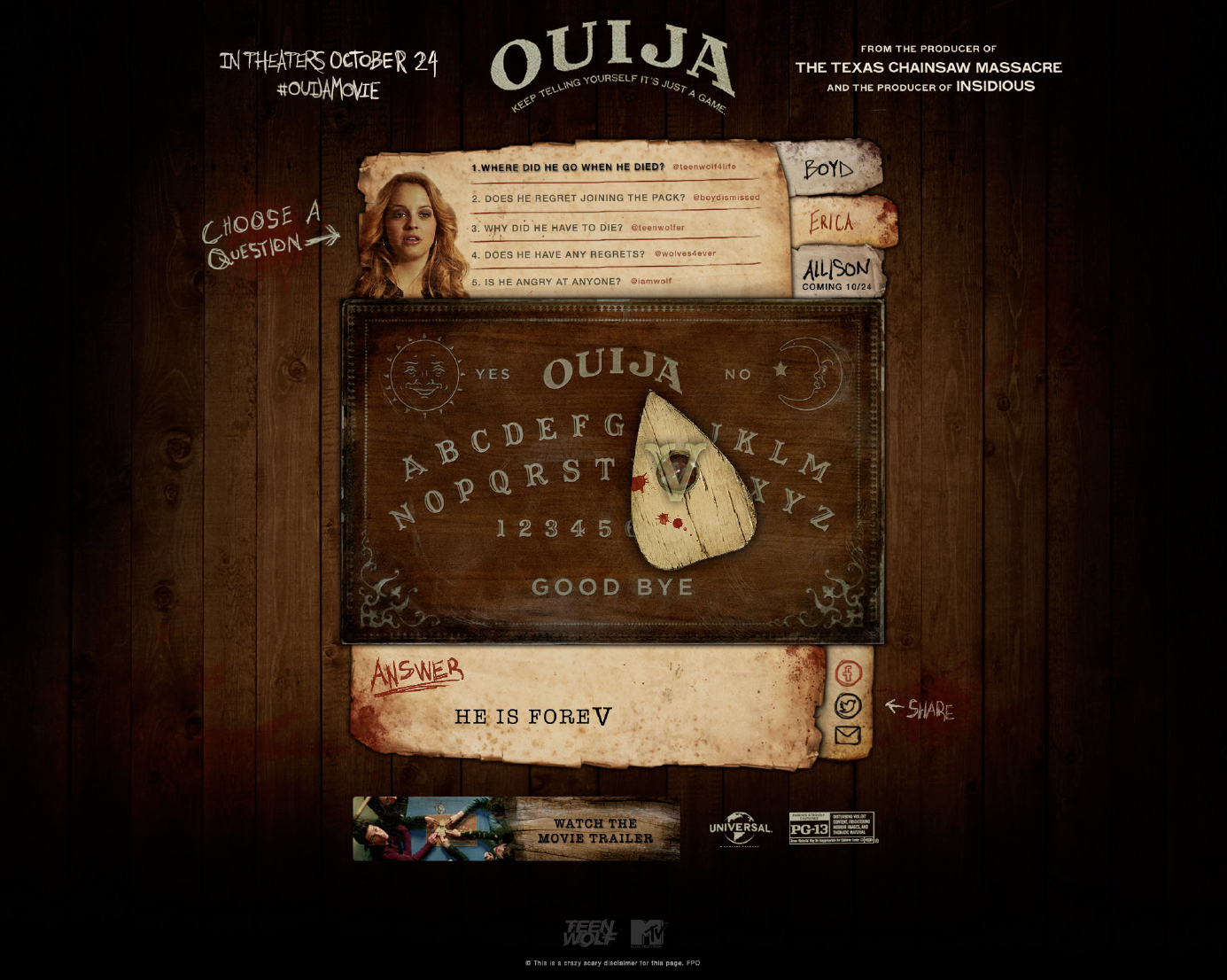