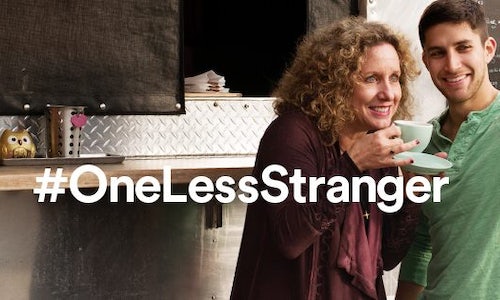 Our community also had positive feedback on the social power of the campaign:

Rebecca said: "Love this! The idea of doing something kind for strangers with no ulterior motive (other than to feel good!) is a beautiful act that truly can change worlds. I've come to believe, especially when we're going through rough times, kindness is what really matters. "

Raquel said: "This is how we work to make the world a better place. one person at a time! :) "

Paul said: "I continue to be in awe of Airbnb - harnessing technology not only to bring need ( accommodation ) to availability (hosts) but really also helping to flatten the world, one booking at a time. Brian, the #onelessstranger is intriguing , I am in! "