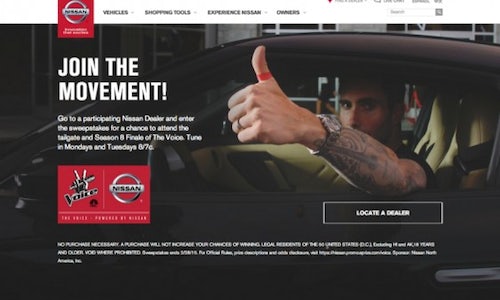 Nissan launched Red Thumb Day on 12/16/14 on the season finale of NBC's The Voice. This ignited a long-term initiative to actively encourage consumers to put their phones down while driving. Red Thumb advocates that consumers make their thumbs red and share a photo on social channels using #RedThumb to help bring awareness to an easy approach to reminder not to engage in distractive behavior while driving.

Safe driving is a topic that matters to everyone. The message needed to be simple and clear and give consumers a specific call to action. We elected to avoid detailed scary stats and instead use a strong, motivational voice to convey the message. Using pop culture is a way to break through the clutter and get consumers to listen and take action. Social media makes it less of an obligation, more fun and provides an easy path to spread the word.

Critical Mass created the graphic treatment for the entire program, and also developed and launched a dotcom destination (www.redthumb.org) designed to field Web traffic resulting from the announcement of Red Thumb on The Voice and the accompanying marketing campaign. The destination features a real-time social media aggregator that shows social media posts including photos and/or #redthumb that demonstrate a commitment to the cause.

In an effort to promote safe driving, Nissan partnered with Steve Babock, the founder of the Red Thumb Movement, an initiative aimed at ending texting while driving. As Nissan's advertising partners, our primary challenge was to demonstrate that Nissan, a company that manufacturers cars, truly cares about the drivers of those cars and wants to help them drive safely. The message needed to be simple and clear and give consumers a specific call to action.

Nissan North America's VP of Marketing challenged all agencies to create a visual identity and physical gesture to represent #RedThumb, and the Critical Mass design and gesture were chosen to represent the campaign and all partner agencies adopted them. As the digital lead, Critical Mass also created the www.redthumb.org microsite on Nissan's webpage as well as corresponding content across the rest of the site.

OMD negotiated the integration of Red Thumb into The Voice and the partnership with show host Adam Levine. TBWA/Chiat/Day created the video announcement from Adam Levine and digital advertising support (including banners).

Within 72 hours of the announcement of Red Thumb on The Voice and the corresponding dedicated website launch, over 25,000 people posted through Twitter, Facebook and Instagram about Red Thumb. These posts are represented in a real-time feed at www.redthumb.org and the number continues to grow.

Dozens of companies and schools have contacted Nissan asking to be involved with Red Thumb.

One of the Web destination calls to action right after launch was for customers to visit a Nissan dealership for a free Red Thumb band. The demand has been continuous – the dealers can't keep the bands in supply. 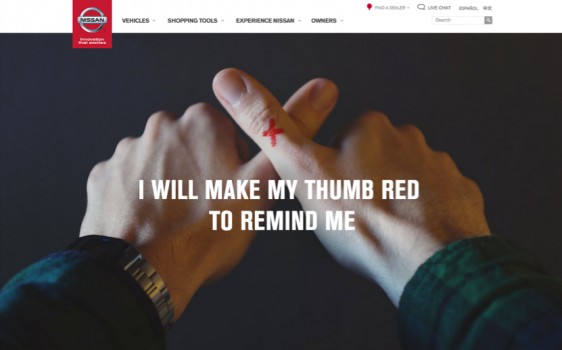 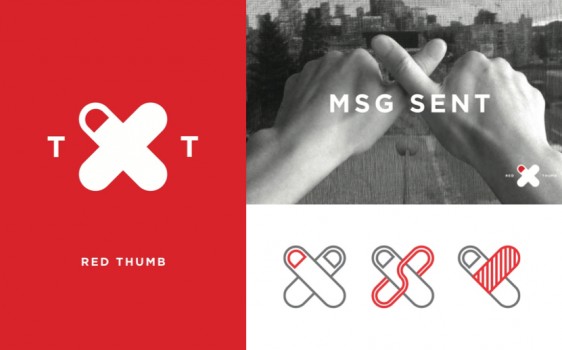 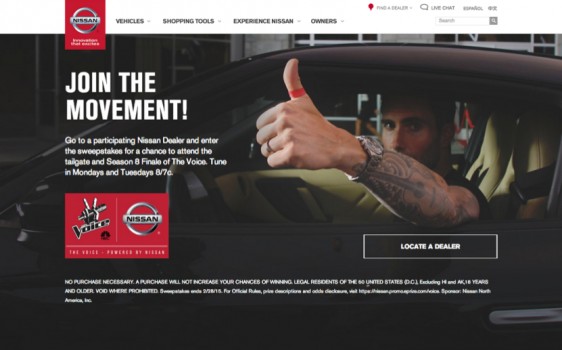