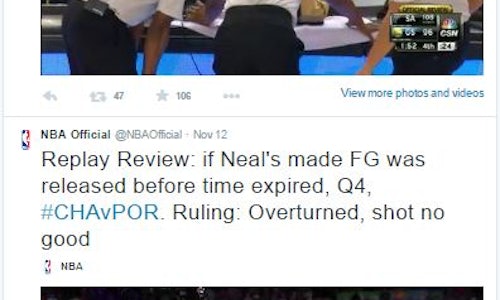 The NBA is making its game and its officiating more transparent through the opening of its new, state-of-the-art Instant Replay Center. Referees now have access to more viewing angles and are better prepared to make the most accurate calls in-game, in a timely manner. By the same token, fans are now granted an unprecedented look and understanding as to why certain calls are made, what those calls mean, and how the referees came to their conclusion. And what channel is the NBA using to pull back this curtain? Social Media. Through instant replay videos and clarifications posted in real-time to a unique Twitter feed, @NBAOfficial, fans are essentially brought into the Instant Replay booth themselves with an unrivaled, inside look at the game. This execution demonstrates just how much the league values social media to not only engage with fans, but also to help in its efforts to make the game more transparent as well.

We believe this entry deserves to win because it represents a truly unprecedented and innovative use of a social media platform to further break down barriers of understanding to a sports league's game. The new, state-of-the-art Instant Replay Center is among the top priorities for the entire League right now and it was the Commissioner's directive to use social media to leverage this replay technology to better educate and inform our fans. It has been a smashing success so far, and has garnered praise from the CEO of Twitter himself, Dick Costolo, who took to Twitter himself to inform his followers about the NBA's activation. The @NBAOfficial account has also exploded in terms of follower growth (227,000 as of early November 2014), which suggests that there is a real appetite for this content and perspective of the game. 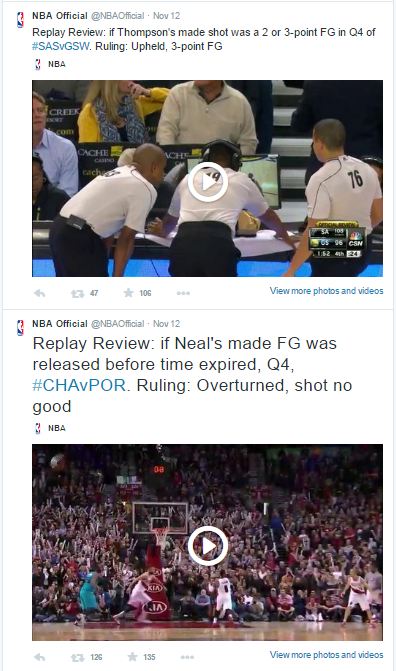 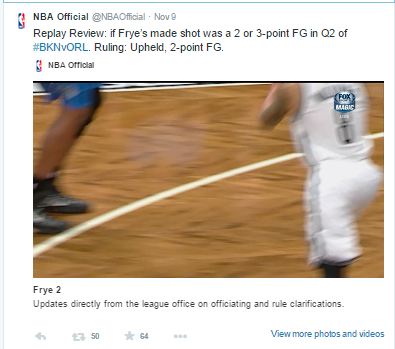