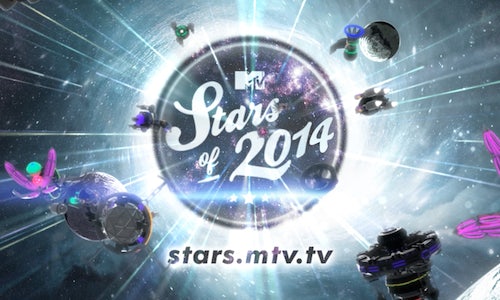 #MTVStars of 2014 was a social media voting campaign of enormous scale.

The campaign involved users voting for their favourite artists amongst the biggest "stars" of 2014. Music 'stars' were selected by an MTV panel based on social media following, chart performance, TV, digital performance and relevancy throughout the year. To vote, users had to tweet #MTVStars followed by the name of their chosen artist. The winning act was announced on a results show that aired on MTV Music.

1. To build upon the successes of our previous year's stunts by accumulating more votes and developing a more engaging and richer experience for the users

2. Keep the campaign interesting for the users who have participated in voting stunts similar to this before by adding break out leader boards 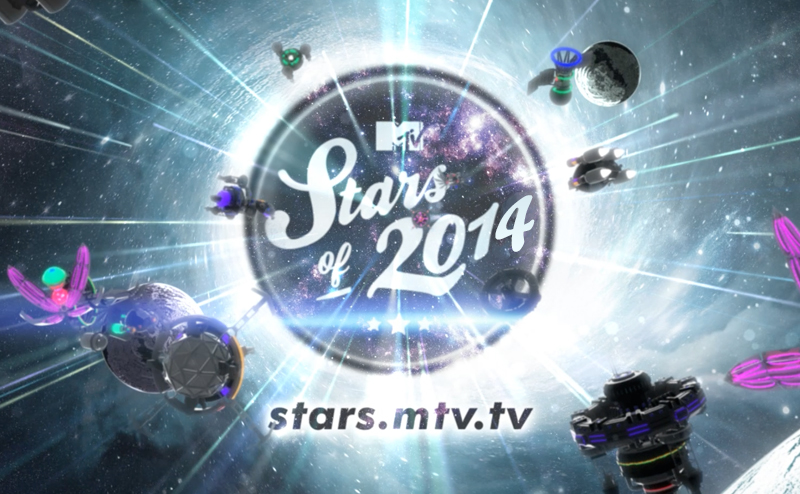 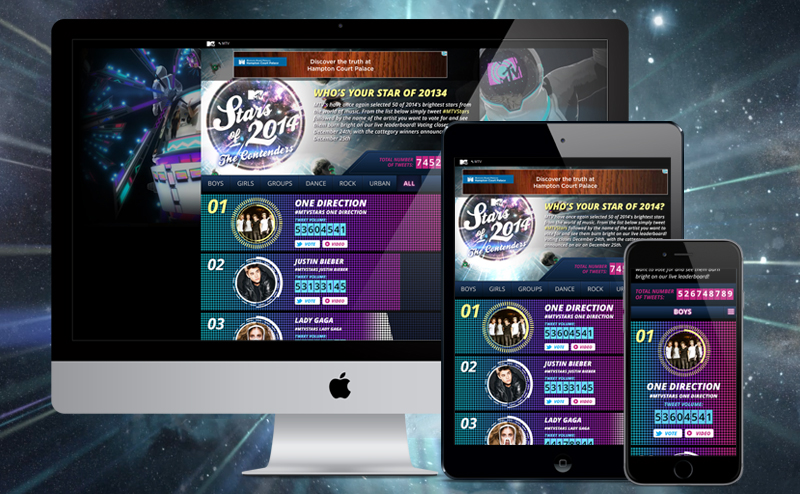 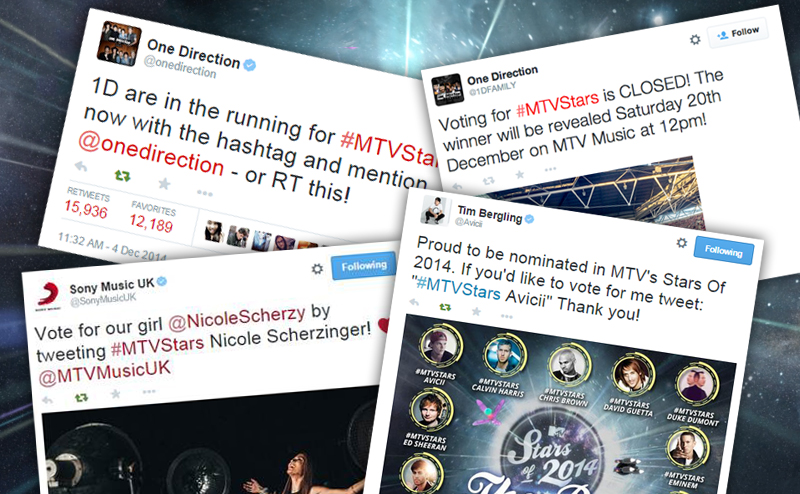 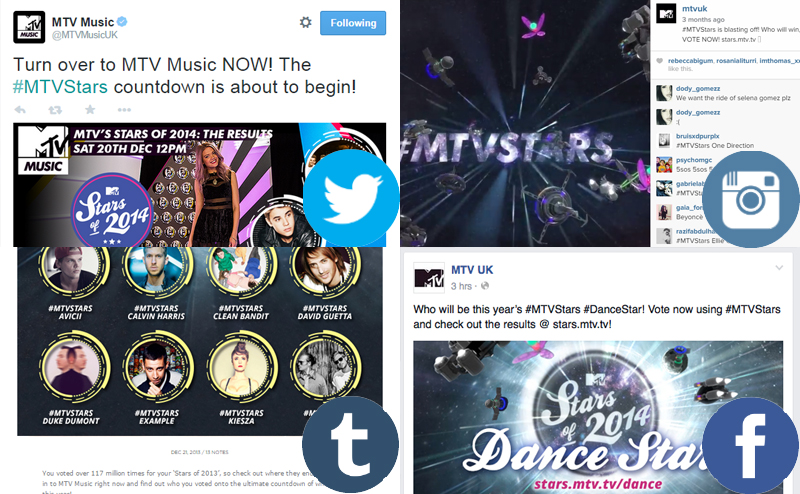 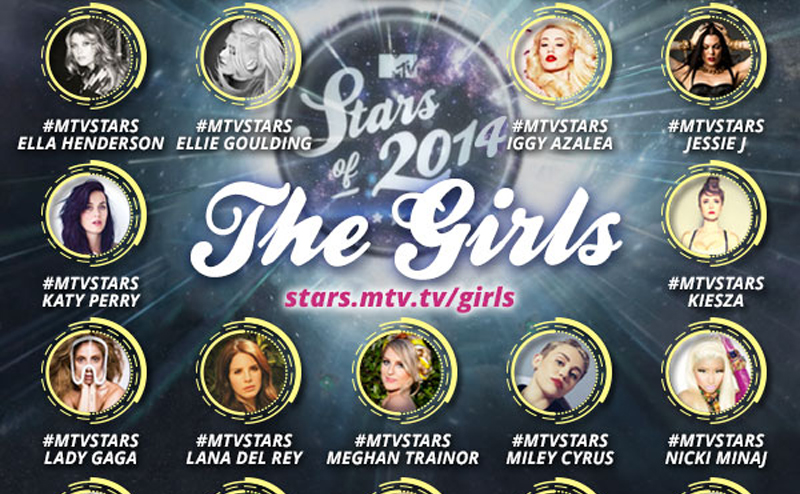