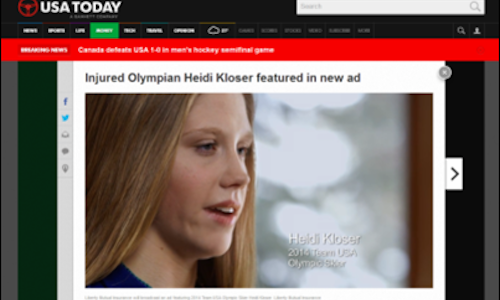 Liberty Mutual - RISE AND THE AD INSPIRED BY A TWEET

In sports, as in life, we get knocked down, and we have to get back up. Similar to Olympic athletes and their comeback stories, at Liberty Mutual, we help our customers come back every day, whether from minor accidents or major catastrophes. From this, the "RISE" campaign was born.

The overall objective of Liberty Mutual's RISE campaign was to increase brand awareness through the partnership with Team USA. In social, our activation was centered around driving engagement and conversation through content and community management activities. We extended our community management coverage to sync up to the Olympics broadcast schedule so that we could respond to conversations about Liberty Mutual, our athletes, our RISE TV spots, and real-time setbacks/comebacks that aligned to the campaign. While we did not plan to execute a real-time ad going into the Games, our real-time social listening strategy set us up to take advantage of this unique opportunity to create a first-of-its kind broadcast advertisement, inspired by a tweet, airing during Olympic primetime featuring US skier, Heidi Kloser.

Liberty Mutual's RISE campaign used social media to combine the brand's role as official sponsors of Team USA in the 2014 Winter Olympic Games with the brand promise ("We believe with every setback, there's a chance to come back") through a series of videos profiling the personal comeback stories of ten current and former Team USA Olympic stars. In the months leading up to the Olympic Games, Liberty Mutual unveiled these short films through social channels and on the RISE website- dedicating a week in social to one athlete, complete with a takeover of the Liberty Mutual Facebook cover photo, Twitter skin, and YouTube skin all highlighting the athlete's compelling "RISE" story.

Liberty Mutual partnered with ten Team USA athletes. Each athlete was selected based on his/her compelling comeback story. We had a mix of Olympic legends, Olympic hopefuls, and Paralympic athletes. The adversity our athletes faced varied from near-career-ending injuries to personal setbacks such as the death of a parent or loved one. We interviewed each athlete to capture their story in their hometowns or training locations and also spoke with their support team- coaches, mentors and family.

From these interviews, we developed three films for each athlete: one longer anthem telling their entire story, a :30 video of the athlete sharing who or what inspires them to RISE, and a :30 video of the athlete sharing their thoughts on their comeback trail. The videos were launched in social and housed on both YouTube and a dedicated Team USA RISE section of LibertyMutual.com. A different athlete was featured each week kicking off with their anthem video, and throughout the week we shared the shorter videos and old photos for "Throw Back Thursdays" (#TBT). Additional tactics included hosting five Google+ Hangouts with our athletes to give consumers yet another way to engage using crowd sourced questions.

The day before the Opening Ceremony of the 2014 Olympic Winter Games, 21 year-old mogul skier, Heidi Kloser was injured following a crash on a training run. Many might remember watching Kloser at the Opening Ceremony on crutches. Advertising industry icon Alex Bogusky took notice and tweeted Liberty Mutual a few days later praising the brand for its RISE campaign and suggesting that they create a TV spot featuring Heidi's story to be aired before the Olympics were over. While Heidi was not one of our ten Team USA Athletes we knew her story aligned with our campaign perfectly.

Our team of community managers quickly saw and shared the tweet setting off the plan to accept Bogusky's challenge. The brand mobilized quickly from coordinating with Kloser and her family to assembling a film crew to getting all of the necessary approvals to airing the actual ad.

In less than one week, Liberty Mutual along with their agency partner Havas Worldwide, created a :30 television spot, inspired by a tweet, running in Olympic primetime.

Highlights from this paid, earned and owned effort include: 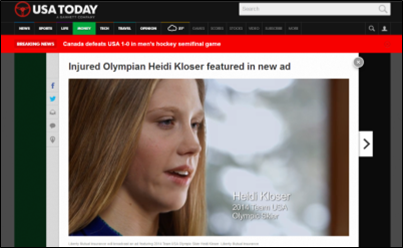 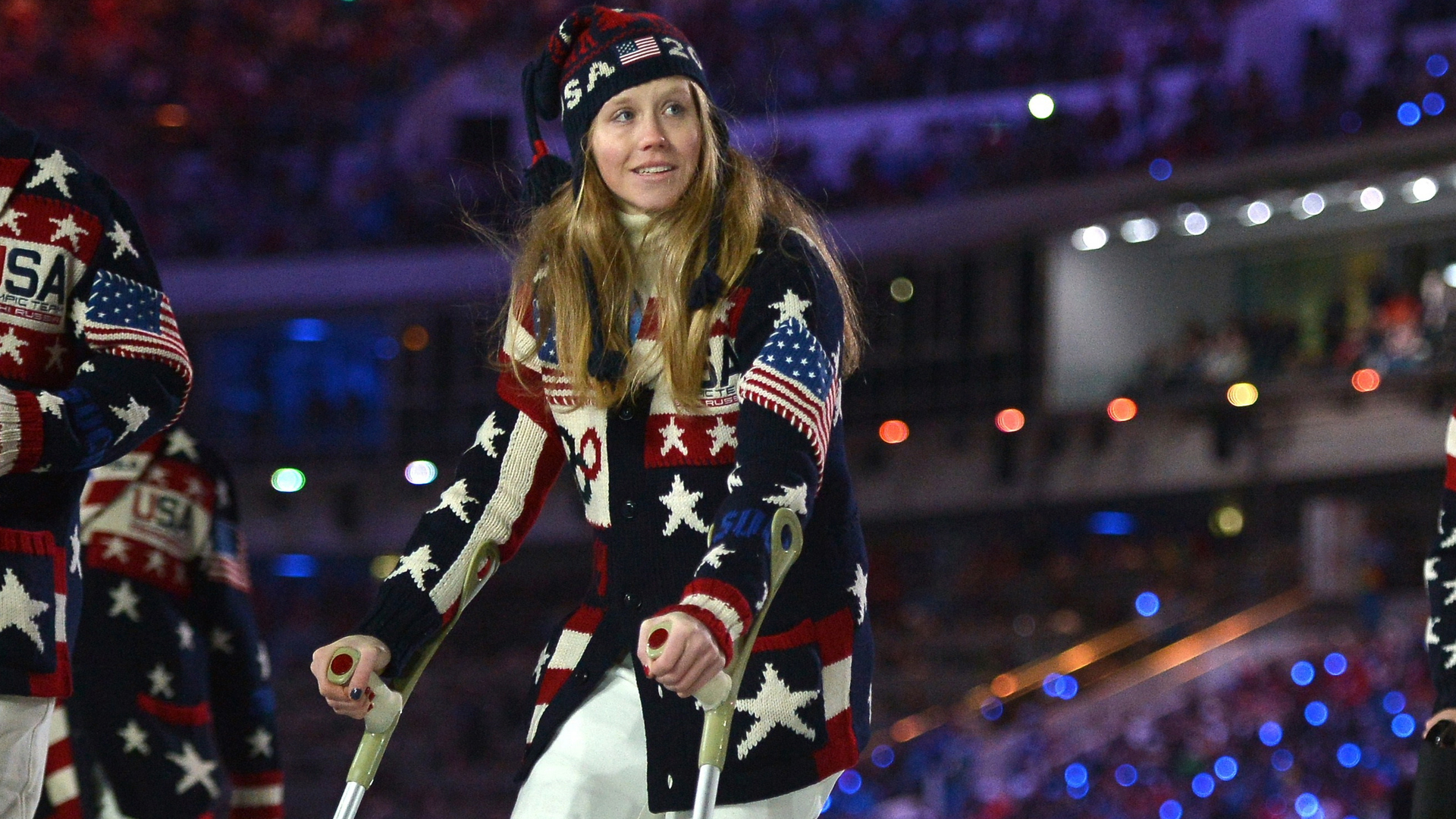