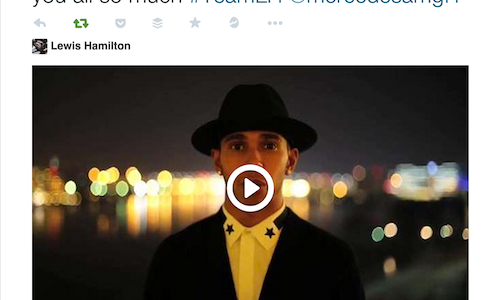 To celebrate F1 fandom around the final championship deciding race, we created a socially driven, mobile web app to crowdsource video from around the world. This dynamic approach allowed us to create real-time and reactive, daily episodes of Lewis Hamilton's global fan base experiencing the F1 World Championship weekend.

Social outreach was also undertaken as a continuation of a wider strategy around '#TeamLH', to ensure key fans and influencers were involved as co-creators and ambassadors of the project. We then utilised 12 social channels to deploy a robust, global social, content strategy to recruit, engage and celebrate fans. The final films were deployed across Twitter video, Facebook video, YouTube and Youku, further invigorating and exciting fans to participate.

In the process, 30,000 people used our app from 50 different countries over the four days of the activation.

The final film organically gained over 1 million views in a day on Facebook alone and featured by the national press including The Telegraph, The Daily Mail and The Metro. As well as receiving over 60,000 likes, comments and shares on Facebook, #TeamLHmovie was used in 63,000 posts across seven social platforms resulting in a reach of 16 million.

With Lewis Hamilton closing in on a historic second F1 World Champion, and The Rumpus Room being instigators of his #TeamLH his social fan club, we knew there was a huge opportunity to create something emotive that rewarded and highlighted his fans.

Our objectives became to capture a global fan-base experiencing a historic sporting moment, authentically collaborating with fans globally to generate valuable content that could gain national media attention and significant social reach. All while celebrating the diversity and passion of Lewis Hamilton's fans.

We developed a cross-platform, mobile first web app, where we could invite Lewis' 7 million+ social fans to capture their experiences leading up to and during the deciding F1 World Championship race.

With this, we could instantly curate source materials and remotely direct fans, creating responsive video challenges in reaction to events over the weekend and even mid-race. Not only did this dynamic approach allow us to generate an engrossing final video, but it also allowed to manage for multiple contingencies, especially if the worst was to happen. Four films were created and released daily to show the build up, qualifying and most importantly, the all deciding F1 World Championship race, which was edited live and released within hours of Lewis crossing the line.

We supported the films with streams of bite-size social content including a series of daily Instagram video teasers and fan-focused images and quotes.

Having already developed a wider strategy around '#TeamLH', we could ensure key fans and influencers were involved as co-creators and ambassadors of the project.

The results were terrific. 30,000 people used our app across 50 countries. The final was watched by over 1 million people in 12 hours alone and received over 60,000 likes, comments and shares on Facebook. The press picked it up, and it was featured in the national press including The Daily Mail, The Telegraph and The Metro. In total #TeamLHmovie was used in 63,000 posts across seven social platforms resulting in a reach of 16 million.

We believe #TeamLHmovie deserves to win as it galvanized Lewis' biggest fans when he needed them most, rewarding their fervour and dedication. Word of the project spread quickly on the paddock between race teams, being described "As the best thing to happen in social for Formula One!".

Lewis Hamilton himself was moved to mention it immediately after the race in his post-race press conference:

"For my fans, I always say we win, and we lose together. We've asked for a series of clips from fans this week, and when I saw it, something happened in my heart". 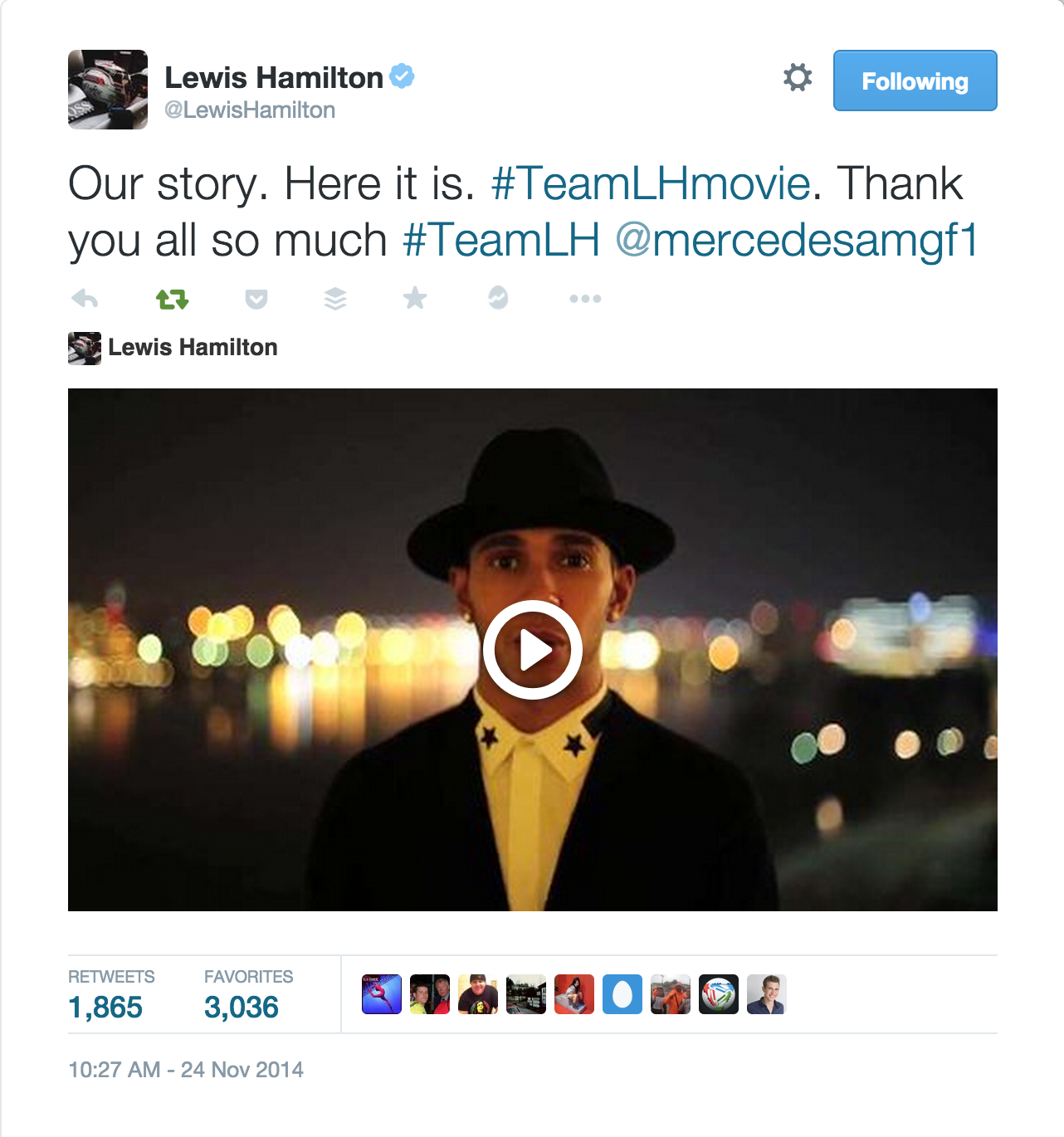 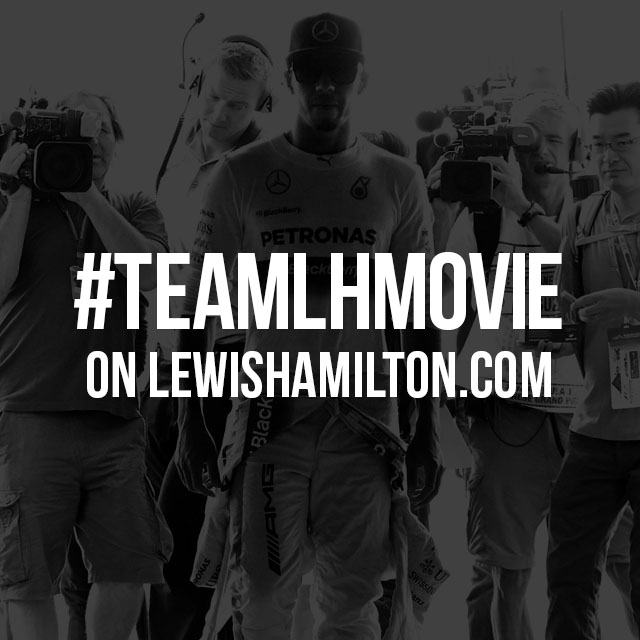