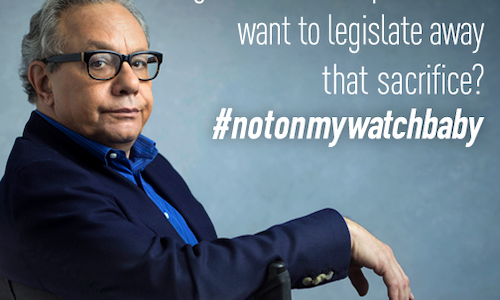 Most Americans have no idea what voter suppression is or that it's happening, which is why we at ACLU launched a campaign to explain the problem, get people angry and engaged, and let viewers know what the ACLU is doing to fight the problem.The video and related open letter "to all the politicians who've ever tried to block access to voting" give those potentially sympathetic to the issue of voter suppression an outlet to express their anger. The open letter serves as a tool to mobilize supporters for upcoming voting rights fights in the states.

We used ACLU's celebrity ambassador on voting rights, comedian Lewis Black, as the voice of anger, and ACLU's Voting Rights Project Director Dale Ho as the voice of the ACLU.

The outcome was more than 600,000 views between YouTube and Facebook, earned media in outlets including TIME, The Huffington Post, Raw Story, Mediaite, and Upworthy,. The New York Times "Taking Note" blog linked to a tweet about the campaign. The video was also shown on MSNBC's "The Rachel Maddow Show," and on "The Last Word with Lawrence O'Donnell," where Ho also appeared as a guest discussing the video, open letter and ACLU's victory in a Wisconsin voter ID suit.

On social media, more than 75,000 unique Facebook users engaged with our nine posts via likes, comments, shares, watch, and other clicks.

The video led to more than 30,000 signatures to Lewis Black's open letter, calling out elected officials who continue to support voter suppression laws.

Voter suppression is no laughing matter, but we needed an engaging way to get people to realize the threats to voting rights are vast. The arcane laws in question are not easily digestible to a lay audience and the political mechanisms in play around voting suppression are abstract. We knew we had to create something that would get shared and would tell key audiences that politicians are manipulating voting in order to affect the outcomes of elections.Our strategy was an unconventional one, but with a clear goal: while a number of videos this year were about getting to vote, we needed to tell the story of people who are unable to vote.

Lewis Black was the perfect voice for this message. He is an outsized and outraged curmudgeon who is really pissed off about voter suppression. He also has a built-in following and a persona that drives emotional engagement.

Dale Ho, ACLU's leading voting rights attorney, is already a recognized expert on this issue. He was the obvious choice to explain the issue and the ACLU's role in fighting voter suppression and as a foil to Lewis Black as the voice of our supporters and their friends. We wanted viewers aligned with Black's anger and frustration as he learned more about the issue. When he said, "Not on my watch, baby!" viewers should feel inspired to act so that voter suppression won't happen on their watches either.The result was a viral video that made clear a stark reality: politicians are trying to keep people from the ballot box. 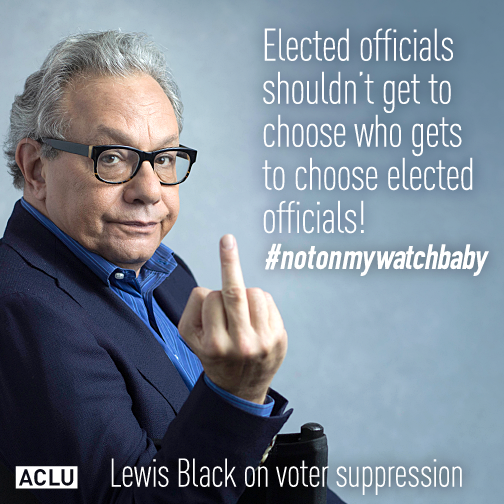 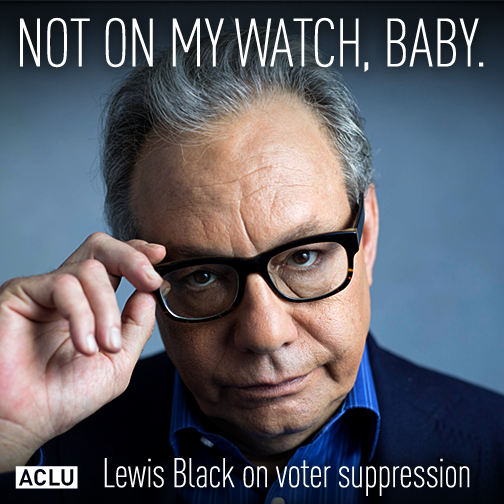 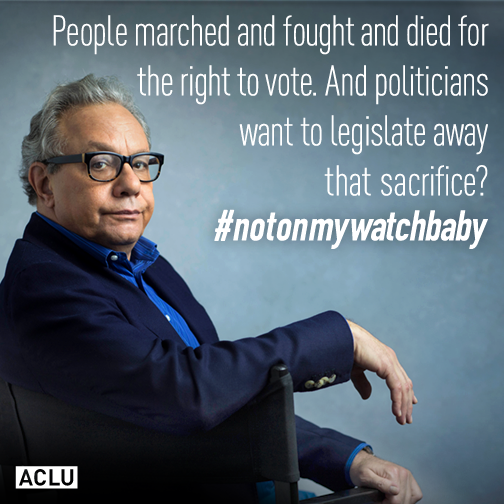