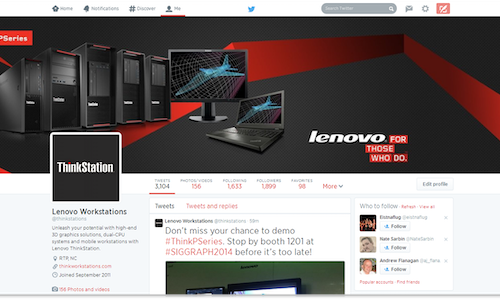 After four years of development, Lenovo was ready to launch a new line of workstations. But so were its chief competitors, HP and Dell, who were coming to the contest with a greater social mindshare. This created major hurdles for the marketing team tasked with catapulting the high-powered ThinkStation P Series workstations above the competition. Lenovo's launch needed not only to inform audiences of the new features of the machines but also to give audiences a way to interact with the innovative technology—because, after all, seeing is believing.

Lenovo and Capstrat built a microsite with a custom 3D interactive video and animated tour of the new halo workstation for the launch. A Twitter campaign including a conference strategy, a custom launch hashtag (#ThinkPSeries) and targeted advertising was put into motion to drive traffic to the site. On launch day, conversations about ThinkStation garnered 40 percent of social media mentions, with Dell and HP logging in at 36.3 and 23.7 percent, respectively. During launch week, P Series content delivered 2.6 million impressions and drove 30 percent of the microsite traffic.

Design was a critical element of the P Series workstations, so we wondered: How can we not only tell users about the innovation of the new machines but also let them experience it? For the engineers, scientists, stockbrokers and motion picture editors who buy these heavy-duty machines, exterior design is not the selling point. This audience will give up convenience and flexibility for power if it has to—but this new product family was designed to deliver both. This insight guided the design of the microsite ThinkWorkstations.com, which featured a 3D virtual tour using video and animation to showcase the workstations' new features. Build it and they will come? No. We needed to create an experience that ThinkStation's verticals would remember and want to share. A social media experience. So ThinkStation launched its new family of workstations on Twitter.

The Twitter campaign kicked off a week before the product launch. As a way to garner excitement, we published five teaser tweets. Each tweet included an image that displayed a zoomed-in look at one of the new features and had corresponding tweet copy to prompt curiosity. The teaser tweets generated 84,283 impressions, 52 retweets, 380 detail expands, 2,364 embedded media clicks and 50 new followers before the P Series announcement.

When the P Series press release went across the wire, it simultaneously went live on Twitter. This was the moment #ThinkPSeries was born. We refreshed assets on Twitter to display the family of P Series workstations and the new hashtag, published a series of tweets to highlight the workstations' key elements and kicked off an event activation for SIGGRAPH 2014. During launch week, ThinkStation's Twitter handle (@Thinkstations) became the source for P Series information. We posted multimedia content describing the features and design, shared third-party endorsement quotes from ThinkStation's partners such as NVIDIA and Intel and, most importantly, drove traffic to ThinkWorkstations.com. Because the P Series launch was at SIGGRAPH 2014, we live-tweeted from the conference booth and the launch event to give an exclusive look at the new workstations.

SIGGRAPH has a very heavy media and entertainment audience, however, and we didn't want to silo our launch efforts to one audience. Motion picture editors are important, but they're not ThinkStation's only end user. The need to target five specific audience verticals is where Twitter advertising came into the picture.

Before the P Series launch, we split-tested and optimized our vertical targeting and used the learnings to maximize our advertising spend during launch week. Through a series of interest, keyword and account targeting, each of our P Series launch tweets was delivered to specific Twitter users who are or could be ThinkStation users. Targeting allowed us to reach SIGGRAPH 2014 attendees, AutoCAD users, manufacturers, geophysical interpreters and readers of large publications such as Desktop Engineering, Cadalyst and 3D World Magazine. To show off ThinkWorkstations.com, we linked the majority of promoted tweets to the interactive microsite.

Build it and they will come? Yes—when you have a Twitter launch campaign in place. During launch week alone, Twitter drove 30 percent of traffic to ThinkWorkstations.com and an estimated 2.6 million impressions. Our Twitter efforts garnered 191 retweets and 149 favorites, more than double a typical month's engagement. P Series content also received 310 user profile clicks, 1,238 detail expansions and 3,844 embedded media clicks.

Out of context, these metrics may seem average. Large consumer brands likely receive 191 retweets and 149 favorites in a day, so what makes this launch special? The opportunity to use Twitter as a catalyst to launch the biggest product release in the brand's history. We might have devoted more budget to the trade show efforts or sales enablement—but we didn't. It went to social media, a platform that was an afterthought just a year and a half earlier.

In August 2013, the ThinkStation Twitter handle had 627 followers and received an average of 30 retweets and favorites per month. Now, after the P Series launch, the handle has 2,512 followers, a 300 percent increase, and receives an average of 127 retweets and favorites per month. Whether for huge consumer technology brands or more niche B2B technology brands, social media is more important than ever, and the ThinkStation P Series launch is a testament. The social media launch allowed ThinkStation to finally exceed its well-known competitors in share of voice, be the second-largest driver of traffic to an interactive microsite and deliver 2.6 million Twitter impressions during the first week of launch. 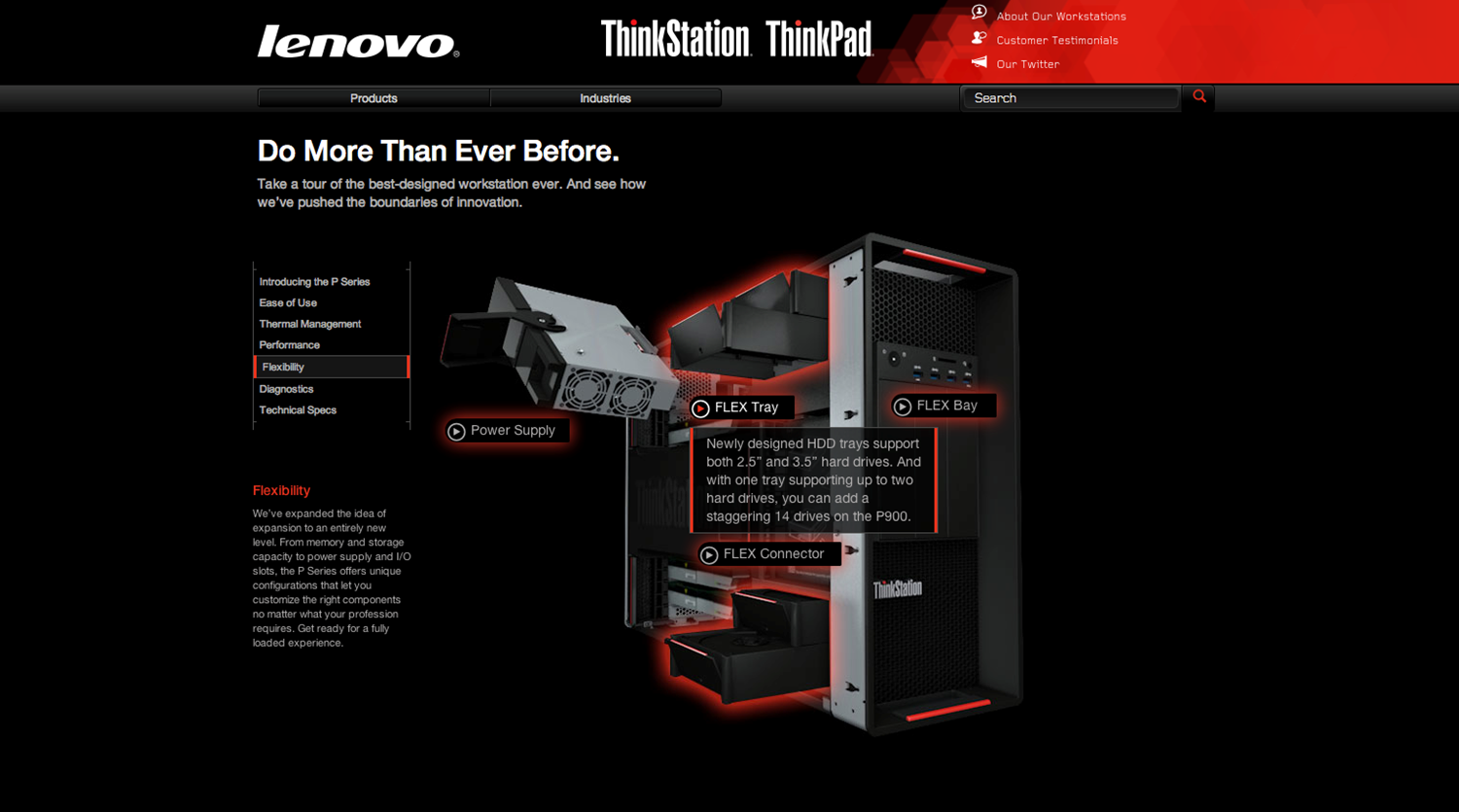 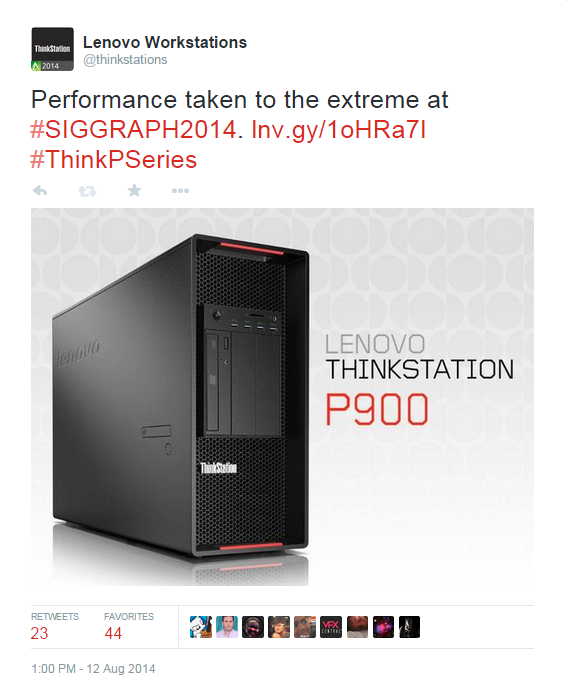 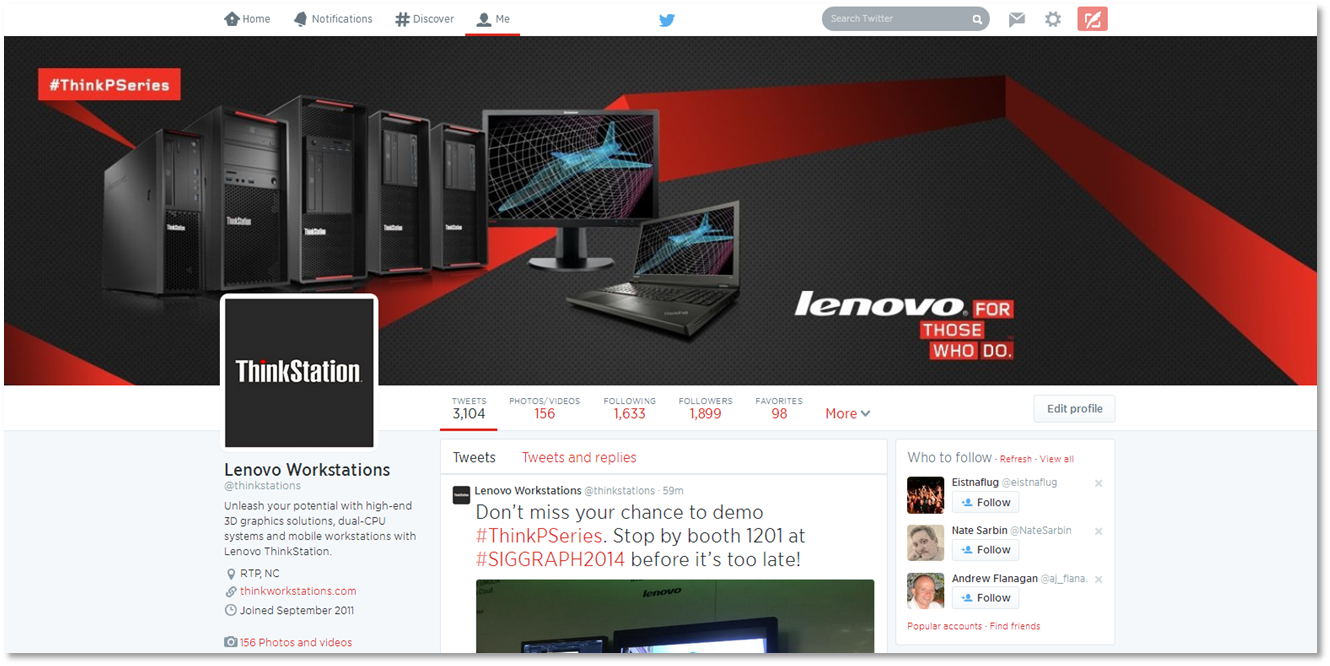 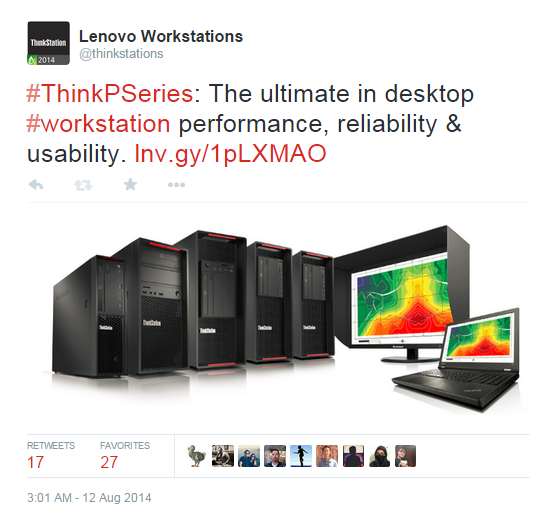 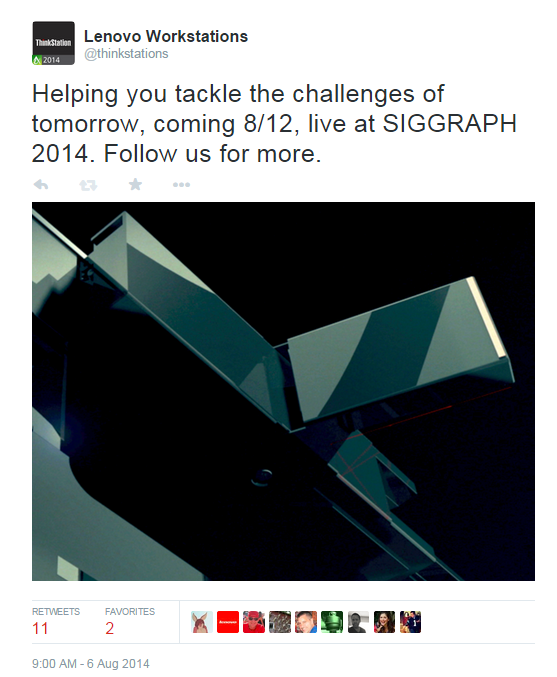