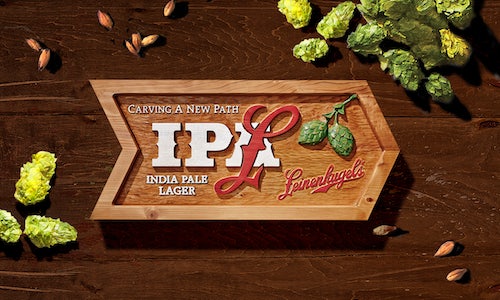 As the seventh-oldest brewery in the US, history is the foundation of the Leinenkugel's brand. But these beer brewers do not shy away from innovation. Having recognized a palette shift among the newest generation of American beer drinkers, Leinenkugel's sought to reinvigorate the brand and widen its consumer base by brewing an emerging style of beer with these younger drinkers in mind. To attract these "hopheads," Leinenkugel's stayed true to its German heritage and made an India Pale Lager instead of another traditional India Pale Ale. A social media campaign bridged the gap between online and offline experiences to introduce the new beer and engage the younger audience, positioning Leinenkugel's as more than just grandpa's favorite brand. Educational branded 'beerfographics" and witty IPL facts drove product awareness across Facebook and Twitter while teaser photos on Instagram built recognition and familiarity of the new IPL tap handle. Meanwhile, branded Tumblr "Trail Maps" promoted across Facebook and Twitter marked locations of the beer's limited release, generating product demand. The first to sample were invited to show off their prowess by unlocking a branded badge on Untappd, the popular mobile app for beer drinkers. The launch surpassed repurchase and velocity goals with the campaign driving over 13,000 IPL landing page visits and nearly 2,000 badges were unlocked, proving strong sampling and intent to sample among the target audience. Social media established increased awareness about the product launch and paved a clear path for a broader rollout in 2015!

The Leinenkugel Brewing Company was built upon a foundation of history; today, it is still recreating some of the same age-old recipes inspired by its original founder. Yet America's seventh-oldest brewery does not shy away from innovation. This family-run business continues to grow alongside the six generations that span it. With the typical Leinenkugel's drinker growing older, the brand sought to reinvigorate itself among a younger audience, which was increasingly pursuing more complex, craft-style beer like India Pale Ales, or IPAs. To reposition itself as more creative than just grandpa's favorite beer brand while remaining true to its roots, the brewing company took on the popular craft-style beer with a twist, making an India Pale Lager, or IPL, that would appeal to this younger generation's taste. But how does a 147-year-old German-beer brewing company steal the attention of younger "hopheads" and win their affection? By launching a multi-platform social media campaign that bridged the gap between online and offline experiences, driving awareness of the new IPL through education and encouragement of sampling at select establishments carrying it.

In October 2014, Leinenkugel's launched an educational content series across Facebook, Twitter and Instagram to build awareness of the IPL among a younger fan base. Teaser photos on Instagram worked to grow recognition of the new IPL tap handle designed solely for this beer while Facebook and Twitter featured branded "Beerfographics" and witty IPL facts. With a base of product awareness established among its target audience, Leinenkugel's shifted its focus on driving product trial. Playing homage to the trail sign inspired tap handle, branded Tumblr "Trail Maps" documented the beer's availability on tap and were promoted across Facebook and Twitter to encourage the younger generation to seek it out and try it. Custom data targeting powered by Facebook and one of the social platform's partners enabled the brand to reach a community of young, on-premise beer "influencers" and off-premise beer purchasers. To further encourage IPL sampling, Leinenkugel's invited consumers to show off their beer-drinking achievement by collecting a badge on Untappd, a leading social community and mobile app for beer drinkers, as a celebration of being among the first to sample the new lager.

The campaign surpassed goals, with establishments carrying the IPL over-delivering upon repurchase and velocity goals. Social media drove over 13,000 visits to the Leinenkugel's IPL landing page where users spent an average of nearly two minutes engaging, proving strong sampling and intent to sample rates among the target audience. Nearly 2,000 consumers unlocked the IPL Untappd badge, contributing to its 28.7% share rate and driving a social reach of over 145,000. The campaign drove nearly 10,000,000 social impressions of educational content about the new IPL, establishing increased awareness about the product and paving a clear path for a broader rollout in 2015. 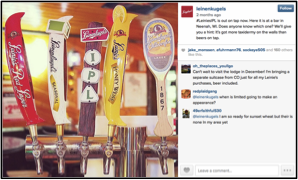 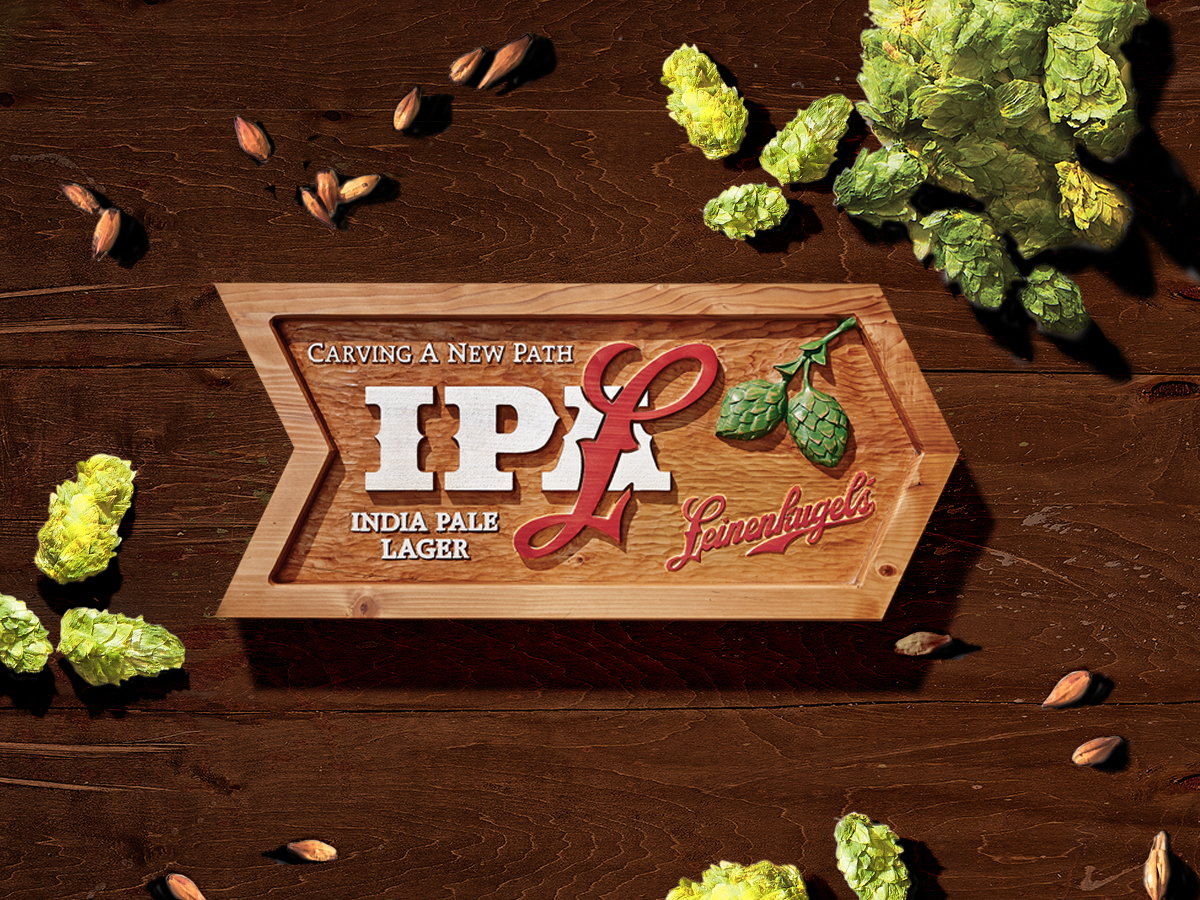 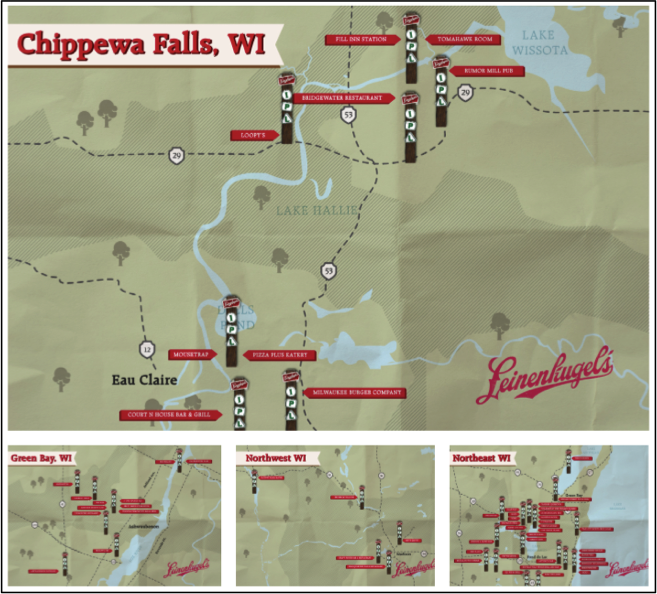 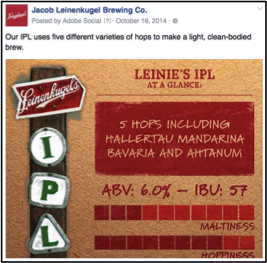 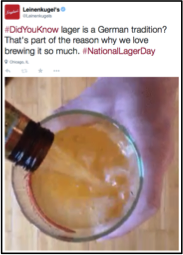 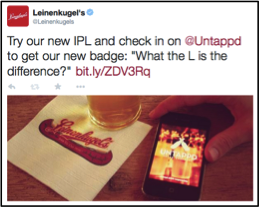