KFC, once an American fast food staple, was becoming irrelevant to millennials and teenagers. Through the #HowDoYouKFC campaign, we constantly searched for opportunities to appeal to this lost audience. With spring approaching, we knew an annual social media phenomenon was on the horizon for high schoolers: the promposal. Namely, performing an elaborate stunt to convince a girl to go to prom. We wanted to make KFC a part of this conversation. To accomplish this we looked to the corsage–the ultimate symbol of the prom tradition. What if KFC was the centerpiece of this iconic wrist accessory?

We created a film that centered on the idea of giving your date a KFC corsage instead of a traditional corsage. We were determined to make the KFC chicken corsage more than just an online trend; it had to be an experience that came to life. We partnered with a florist to make and sell physical KFC corsages. Suddenly, KFC was tangible and relevant to millenials.

The campaign was a massive hit. Within days, our florist partner sold out, and we were even shipping KFC corsages overseas. It was so popular, requests for other KFC floral arrangements started flooding in. For example, on the Today Show, Carson Daly suggested that KFC make chicken cufflinks. The next day, we produced a pair of KFC chicken cufflinks and had them delivered to Carson Daly on the set of the Today Show, further extending the cultural relevance of a campaign rooted in experiential activations.

Before KFC Corsage, many millennials and teens had no frame of reference for KFC's bone-in fried chicken, let alone a reason to try it. With KFC Corsage, there was a mechanism to put KFC in the middle of their conversation: socially, physically and culturally. 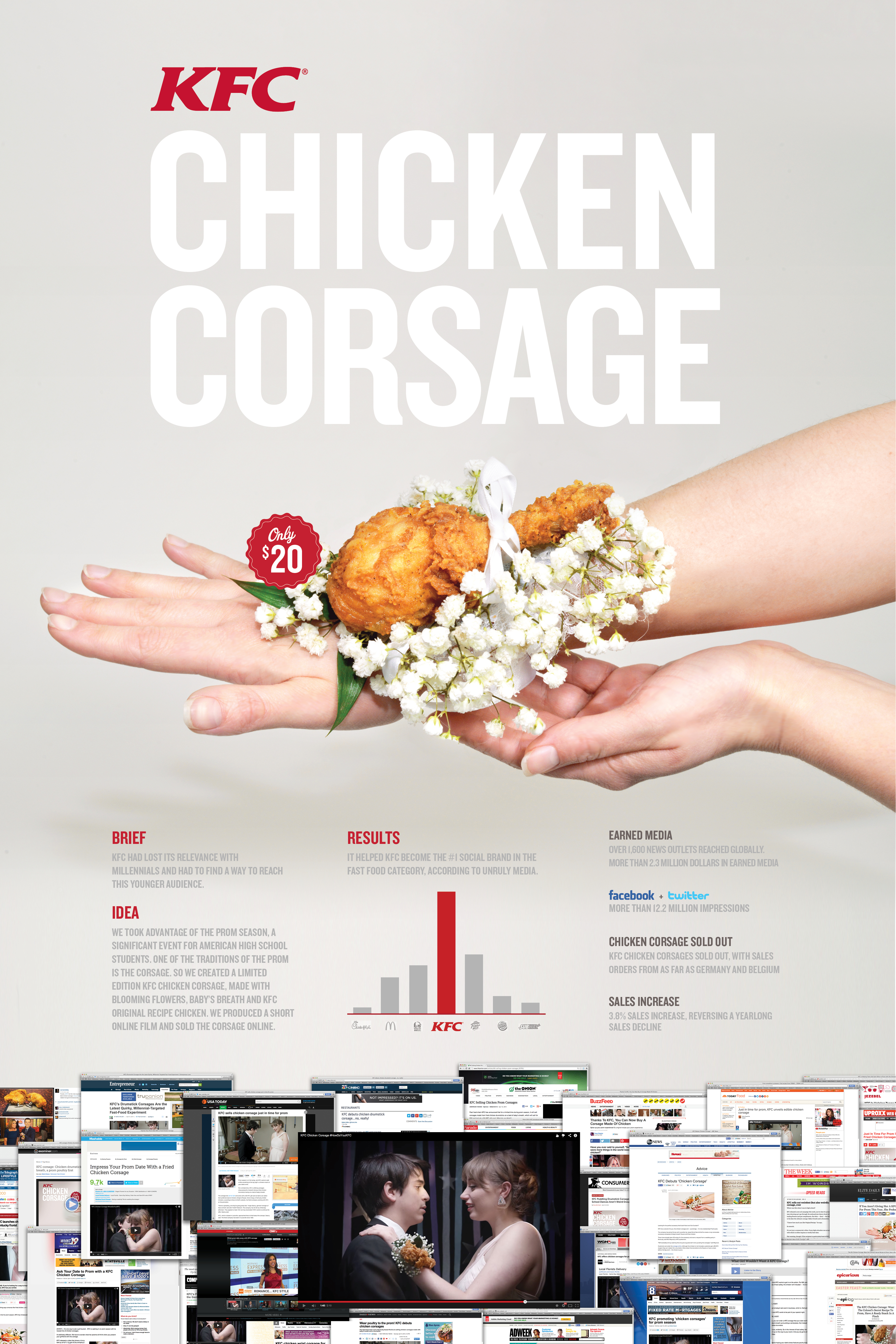