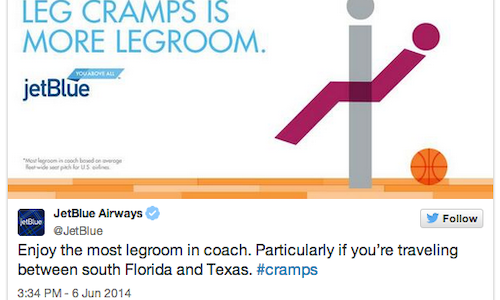 During the first game in the 2014 NBA Finals, Lebron James was carried off the court due to suffering serious leg cramps. Social media, Twitter especially, was ablaze with users mocking the basketball hero for not being tough enough to make it through the entire game. Brands joined the conversation in a real-time news effort to capitalize on a culturally relevant and trending topic. While some brands got it wrong, JetBlue's swift and smart execution on Twitter, that was also shared on Facebook and Instagram, became heralded by the press via organic earned pick-up.

JetBlue is a brand dedicated to inspire humanity. As part of that brand mission, the airline likes to keep a finger on the pulse of culture with its social buzz team. When the time is right and messaging can remain authentic to the brand values, JetBlue deploys real-time efforts like this one to capitalize on culturally trending topics. With creative teams tuning into game 1 of the NBA Finals, the Lebron cramping topic trended overnight and JetBlue activated their post the next day. With the game happening on a Thursday night, the Friday news cycle, typically a tough one to break into at the start of the weekend, was hot on the topic given the next series game would be played on Saturday. So, JetBlue struck while the iron is hot. Developing a message that was more lighthearted and fun compared to other brands that took flack for throwing shade on Lebron, JetBlue reminded people that the "Best Cure for Leg Cramps is More Legroom." It was a smart way to tie in a brand unique selling proposition while playing in the trending news space. Simple and timely, the post was so well poised that without having to proactively pitch the effort, JetBlue was positively featured in news stories around the topic. Today Show, New England Sports Network, Huffington Post, Yahoo and Time picked up the story, touting the effort as "clever." The effort tallied 21 press placements reaching 150 million impressions and 2.5 million social impressions across Twitter and Facebook. 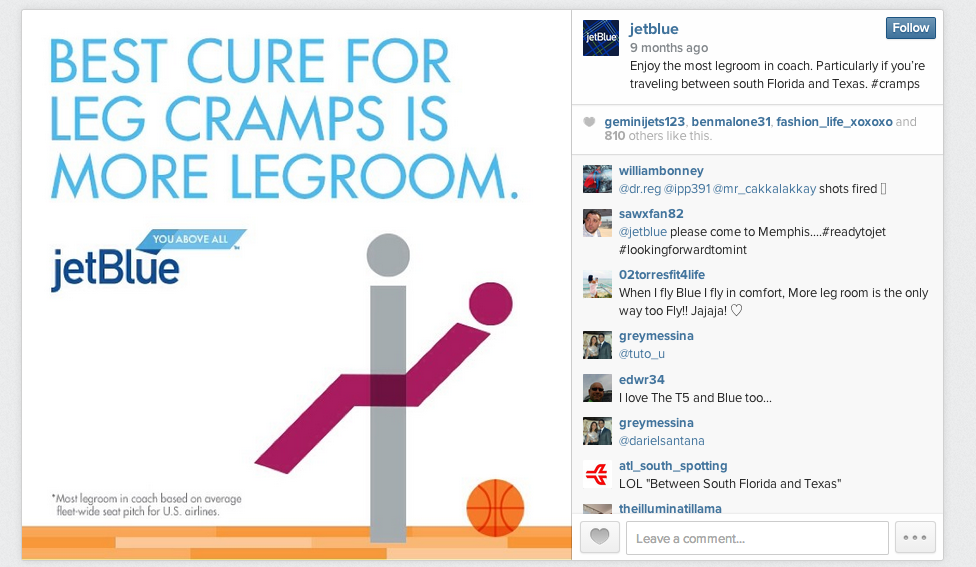 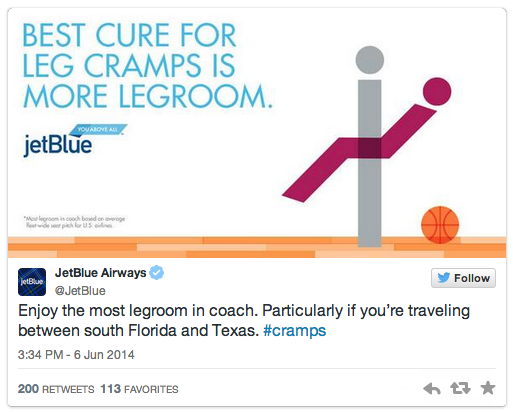