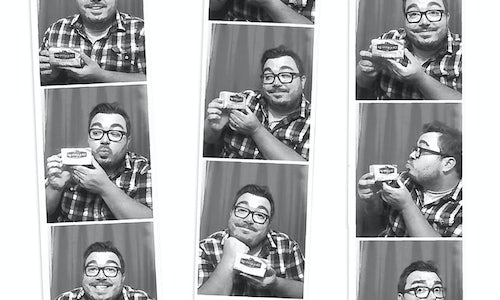 In August 2014, with the support of integrated marketing partner Schafer Condon Carter (SCC), Irish dairy brand Kerrygold set out to engage and inspire advocacy in its most die-hard fans.

Observations and insights showed that the Kerrygold consumer was part of a relatively small – but incredibly passionate and vocal – group of loyalists. Knowing that fans would go to great lengths for Kerrygold's grass-fed butter and cheese, the brand developed a 4-week social media contest that challenged its devotees to show just how much they loved their Kerrygold. 'I Heart Kerrygold' asked fans to virtually shout their Kerrygold love from the rooftops, and they were limited only by their creativity. Everything from selfies to sketches were accepted, but only the most innovative would come away with the grand prize - a year's supply of Kerrygold products and $5,000.

Kerrygold fans did not disappoint. (The winner was an original Kerrygold rap!) Nearly 1,000 entries poured in, and 27,000 people visited the landing page. Furthermore, the promotion supported the brand's 36% increase in US volume in 2014 and its new position as the #4 branded butter in the US.

Driven By An Insight:

Charged with strengthening engagement among current Kerrygold consumers, the Kerrygold and SCC teams relied heavily on an insight that continued to surface via online conversation listening and the brand's community management – Kerrygold fans were already sharing just how much they loved the brand's butter and cheese. Whether it was posting a photo of a "tower" of butter or a video of their kids eating cheese, fans were finding unique and clever ways to proclaim their Kerrygold love. Building on this existing consumer behavior, the brand created 'I Heart Kerrygold' to celebrate and reward this dedicated fandom.

While most contests benefit from having a very specific call-to-action for participants, Kerrygold and SCC took a different approach. Kerrygold fans had proven they could be a pretty creative bunch. Rather than limiting the format, length and content, the brand kept the challenge simple and open-ended – show us how much you love Kerrygold. For inspiration, the brand provided ideas via social media posts and ads to get entrants' creative juices flowing – a cheesy music video, a haiku, a mix tape, etc. And fans lived up to their reputation; entries included drawings, stop-motion animation videos, a Kerrygold "lemonade" stand, and much more.

In addition to the quality and creativity of the entries, the volume of engagement among the brand's social media audiences spiked during the 'I Heart Kerrygold' contest. For instance, the brand's Instagram posts about the promotion received 59% more Likes and Comments than the average photo during the quarter, and organic Facebook posts featuring the contest reached 33% more people than the brand's average organic post. While nearly 1,000 unique entries were submitted, 27,000 people visited the campaign landing page, and there were 1,800+ clicks within the gallery of entries. 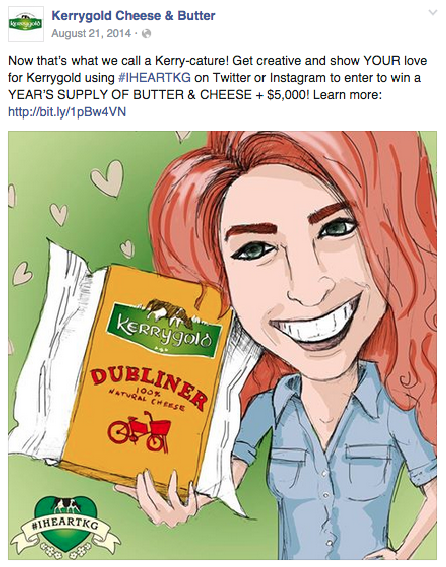 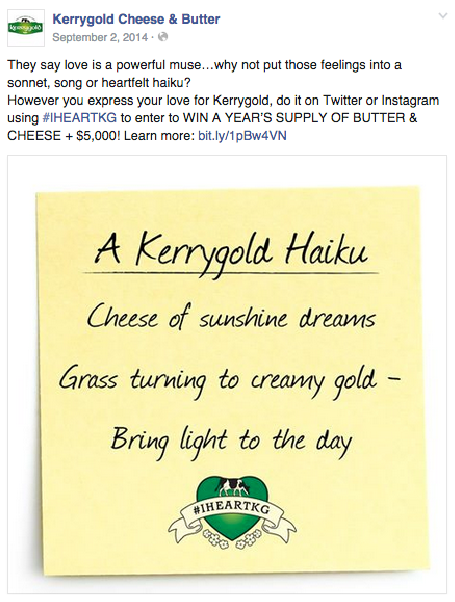 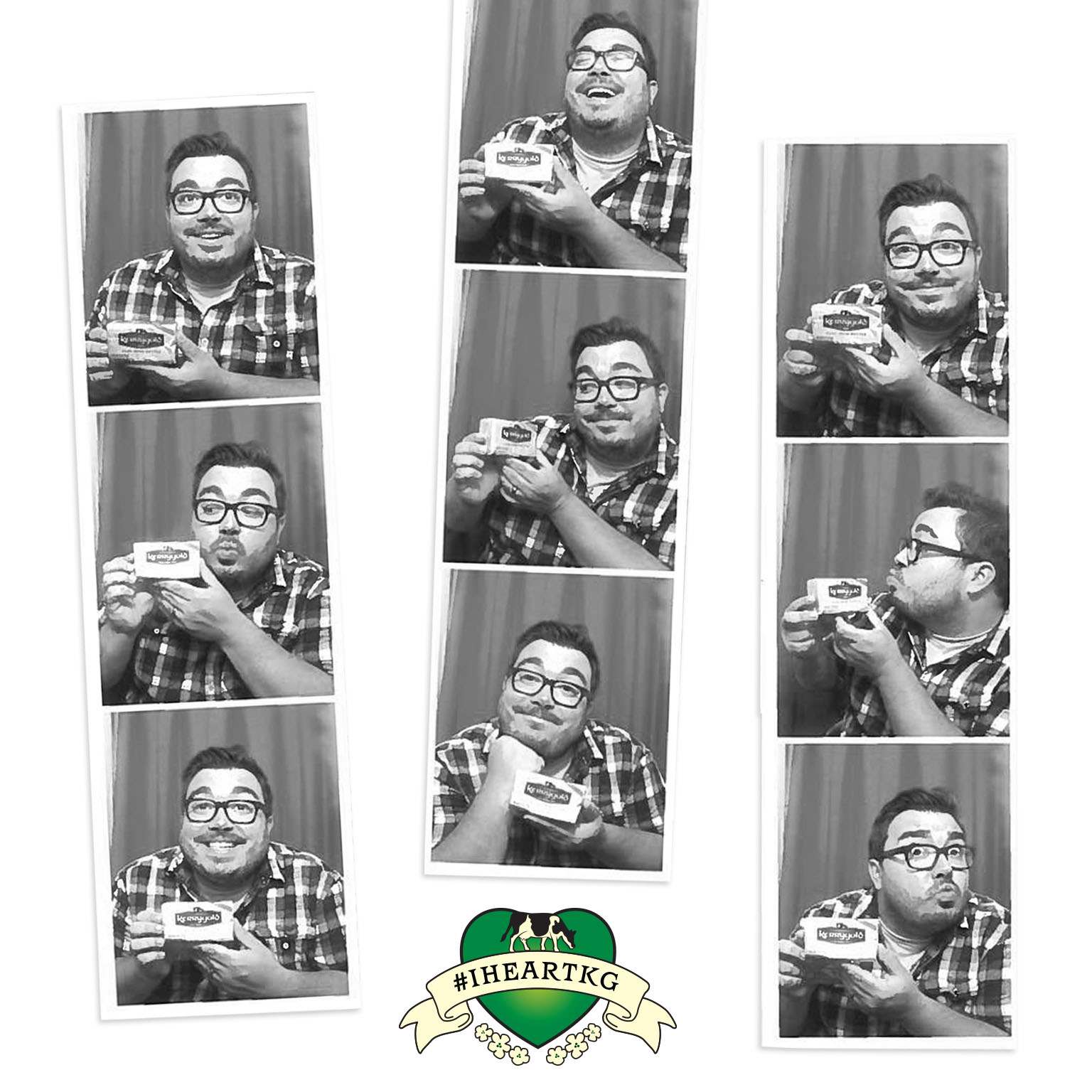