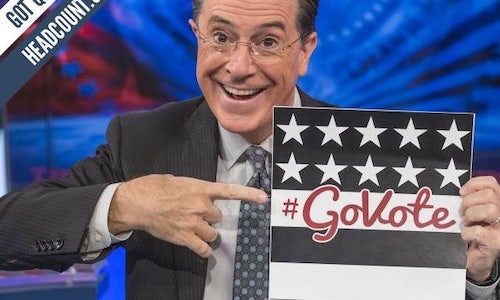 In 2014, HeadCount staged the largest organized Election Day social media push in history, with over 300 entertainers posting photo messages on their social platforms encouraging fans to turn out to the polls. The campaign included everyone from Stephen Colbert and Jimmy Kimmel to Linkin Park, Pearl Jam and Fergie. Rob Lowe, John Legend, and "Weird Al" Yankovic generated some of the highest levels of exposure. Russell Simmons, Dave Matthews, George Lopez and The Black Keys also scored some of the highest numbers of likes, shares and Re-Tweets. In all the campaign drove over 300,000 prospective voters to our election information hub, over 600,000 social media interactions, and nearly a half a billion social media impressions on Election Day.

#GoVote was designed to make participation in the 2014 Midterm Elections a cultural event, impossible to ignore. The campaign engaged over 300 celebrities to use their social media platforms to promote civic engagement and drive clear, measurable objectives such as voter registration, pledges to vote, and visits to a mobile-friendly online election information hub.

The breadth of participants was unprecedented for a celebrity-centered social media initiative, and ensured that fans of every sort of music or entertainment were touched by the "#GoVote" message.

The results of the campaign bore that out. By combining the influence of pop entertainers with savvy social media, #GoVote resulted in over 600,000 social media interactions, an astounding figure considering that the 2014 election was widely ignored or disdained by much of the public.

Here's how the campaign worked: HeadCount organized musicians and entertainers to participate in a coordinated campaign that began with HeadCount enlisting acclaimed rock poster and tattoo artists to create original "#GoVote" artwork. Then, musicians, actors, online celebrities, and comedians posed for photos holding the art, and posted the photos on Election Day via Instagram, Twitter and Facebook. Each post included a link to HeadCount's online voter information portal.

The wave of these images on social media was impossible to ignore. USA Today, the Washington Post, TIME magazine, Rolling Stone magazine, Fast Company, NPR, Buzzfeed, E! Online, and Mashable all devoted news coverage to it.

While celebrities tweeting about an election is nothing new, this campaign marked the first time anyone tried to organize these efforts or put real and measurable purpose behind them. Each post drove voters to an online resource for voter information. Each was visual in nature. And each directly reached the fans of that specific celebrity. 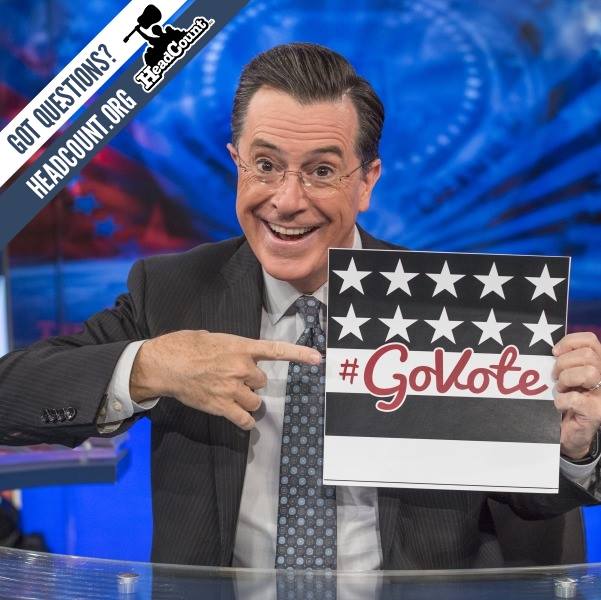