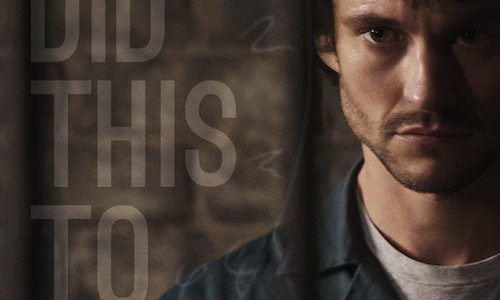 If fandoms were artists, the Fannibals would be Leonardo Da Vinci. Creating some of the most visually arresting art for a television show on the internet, the Fannibals have risen to the upper echelons of fan content creation. Aiming to shine the spotlight on this rich artistic community while blurring the line between fan and show, the NBC social media team built a program that awarded 13 fans the opportunity to create episode specific artwork for Season 2. The work that transpired complimented the visual tone of the show while created a comprehensive portfolio of artwork that was featured digitally, socially and on-air.

We are PROUD of the Fannibals. They are passionate, creative and thoughtful and the NBC social media team's prime objective is to glorify that. The #HannibalDidThis contest is a promotion that marries the passion of its fan base with the tone of the show to build buzz for the upcoming season while fortifying the growing fan community.

Starting with a simple submission contest, fans were invited to create a Season 2 poster under the theme of the season, "Hannibal did this to me…". After sifting through over 500 submissions, 13 artists were chosen as "Hannibal Fan Artists in Residence" and assigned episodes throughout Season 2. We provided each artist with insider information, excerpts from scripts, unreleased photography and production notes to guide their work. Each artist's final work was released exclusively on the Hannibal social sites on the day of broadcast to act as a teaser for that night's episode. As the season progress, fans yearned to see the upcoming artwork, sharing across their social profiles. In the end, the show now has a beautiful 13 piece series of artwork that will forever define Season 2.

This promotion had longevity. Not only did it generate over 500 pieces of sharable content a month before Season 2 premiered, but it lasted through the entirety of the broadcast season as a new submission was featured each week. The promotion generated over 80,000 notes from over 500 pieces of fan art while inspiring countless more. While the numbers speak for themselves, the true value in this promotion was the good will built between the fans and the show. The official account received countless positive messages from fans sharing their appreciation for a show that has its ear to the ground regarding its fan base and genuinely wants to engage with what they're creating. 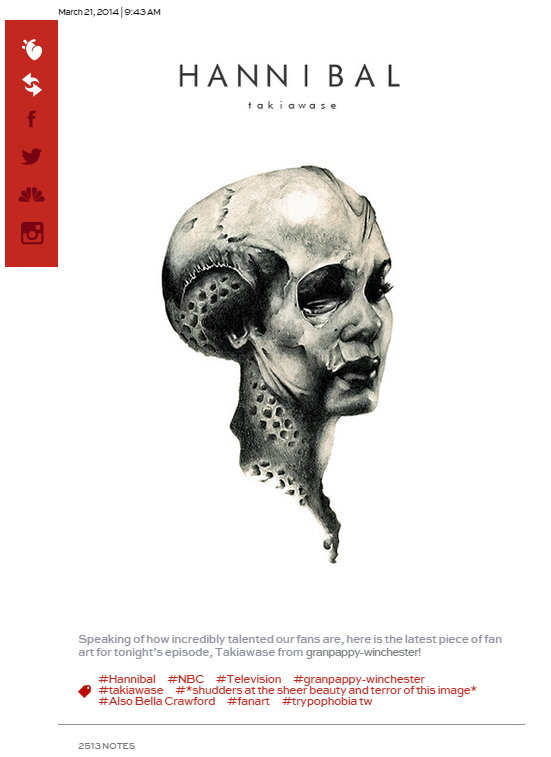 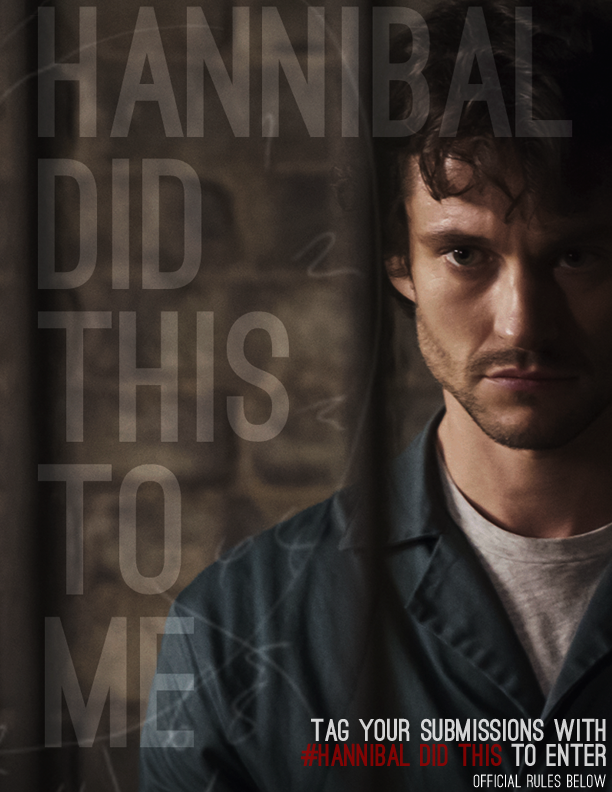 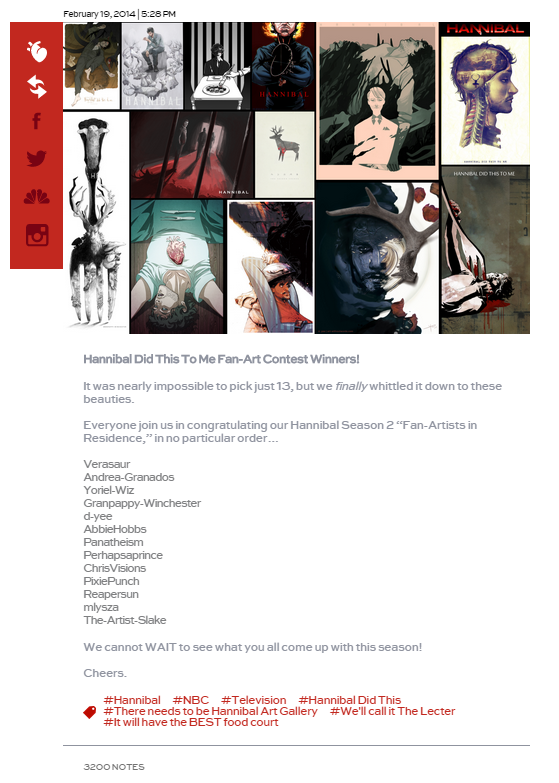