Beloved 90's cereal French Toast Crunch disappeared in 2006. Since that day, French Toast Crunch faithful begged and pleaded to for its return. In late 2014, General Mills put this much-loved box of cinnamon-y, maple syrupy deliciousness the back on the shelves. With the help of 90's icon Miss Cleo, we brought back French Toast Crunch to all the fanfare it deserved. We took to Twitter to tease Miss Cleo's greatest prediction ever, stirring up nostalgia and interest from our millennial target. Then, without warning, Miss Cleo sent personal video responses to 50 super fans announcing French Toast Crunch surprise return. Then three hilarious digital spots, featuring Miss Cleo's predictions were rolled out. When people demanded more, we launched an app in which fans could get their own free readings from Miss Cleo. The desktop version simulated a real conversation where fans could ask their questions aloud. The mobile version acted like a certain black billiard ball, inviting fans to shake their phones for Miss Cleo's answers. Hundred of pieces of social content including Tweets, Vines, .gifs and memes rounded out the campaign. You don't need to be a psychic to know, that French Toast Crunch flying off the shelves, once again. 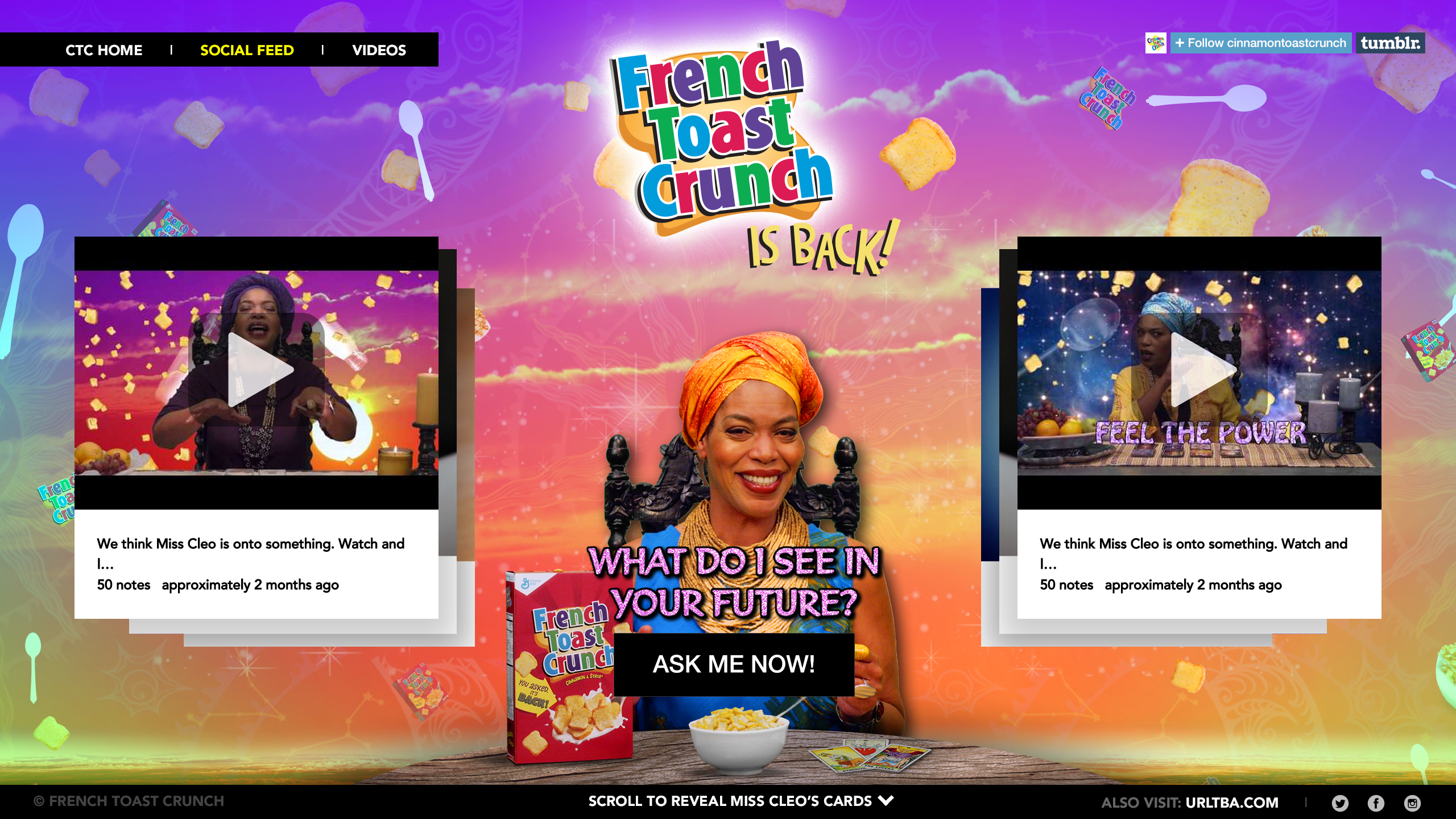 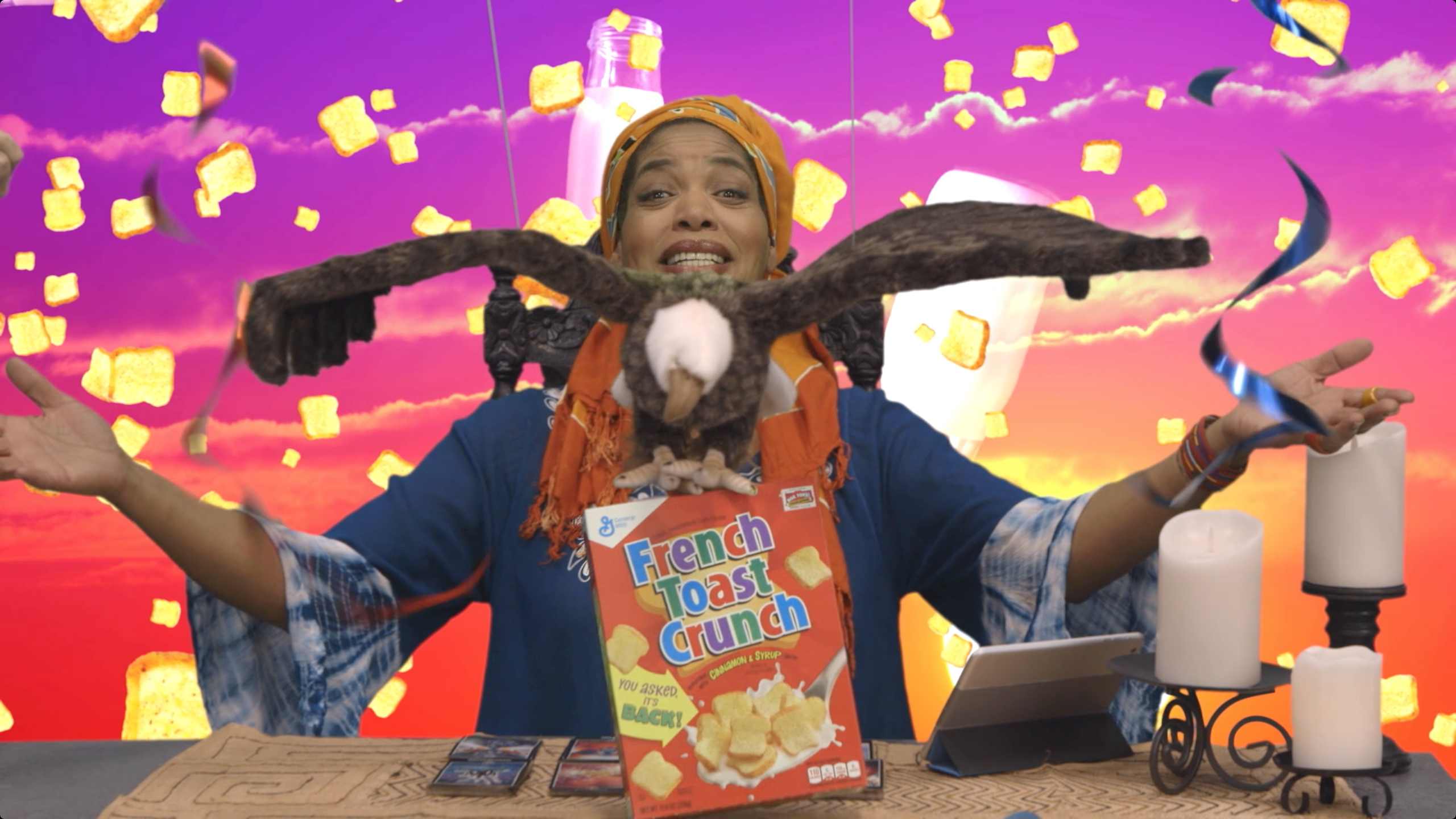 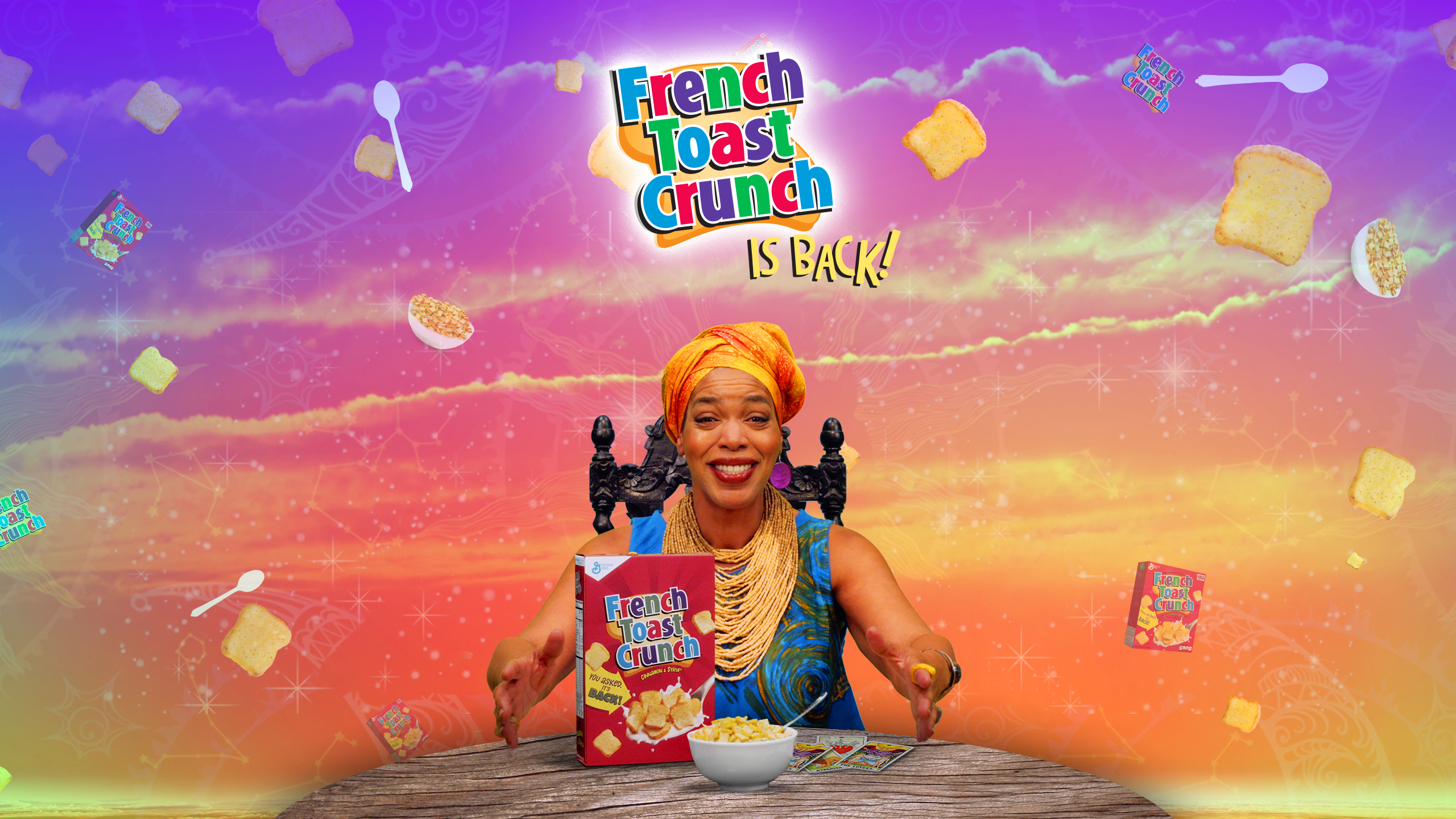 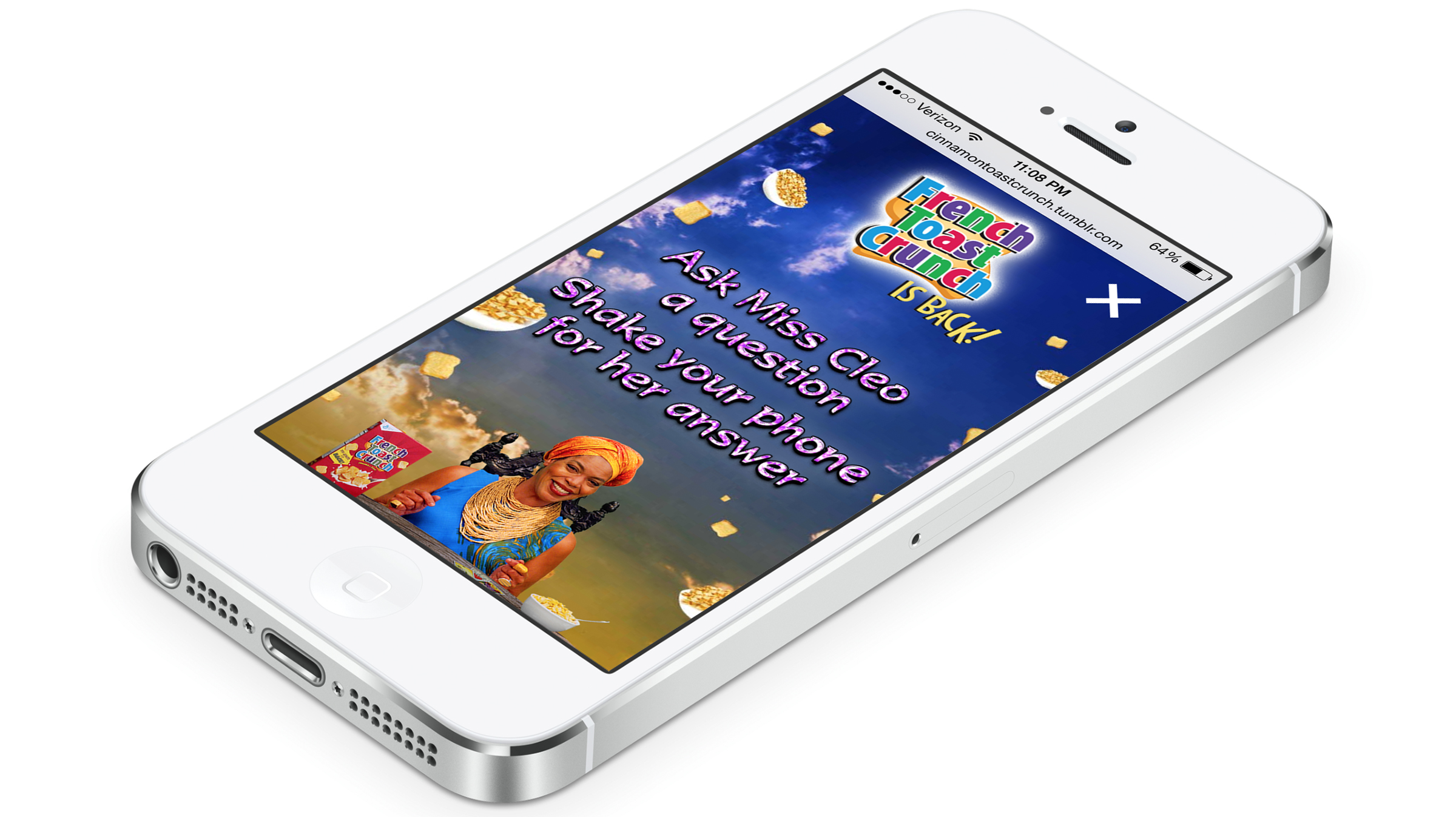 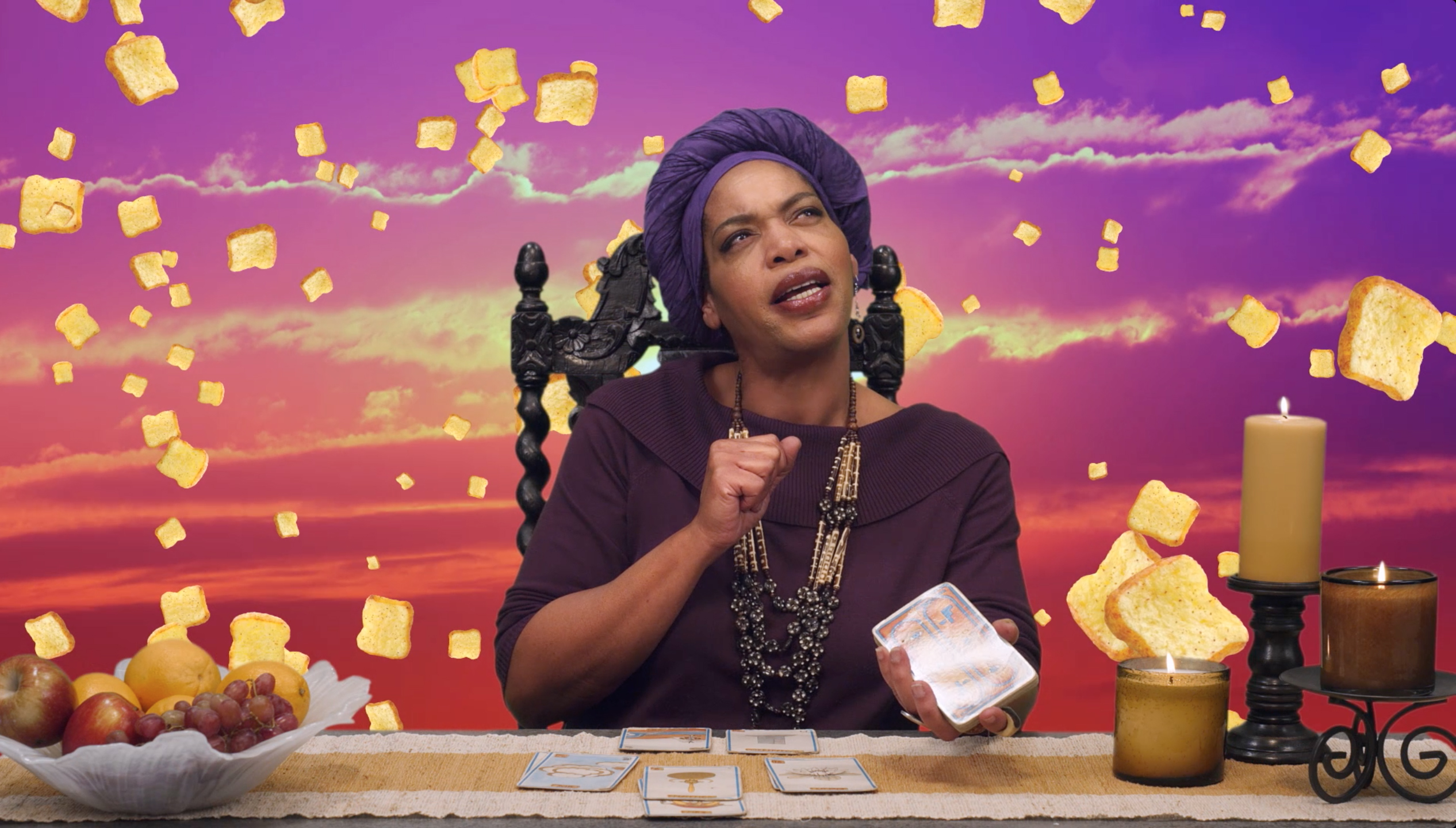 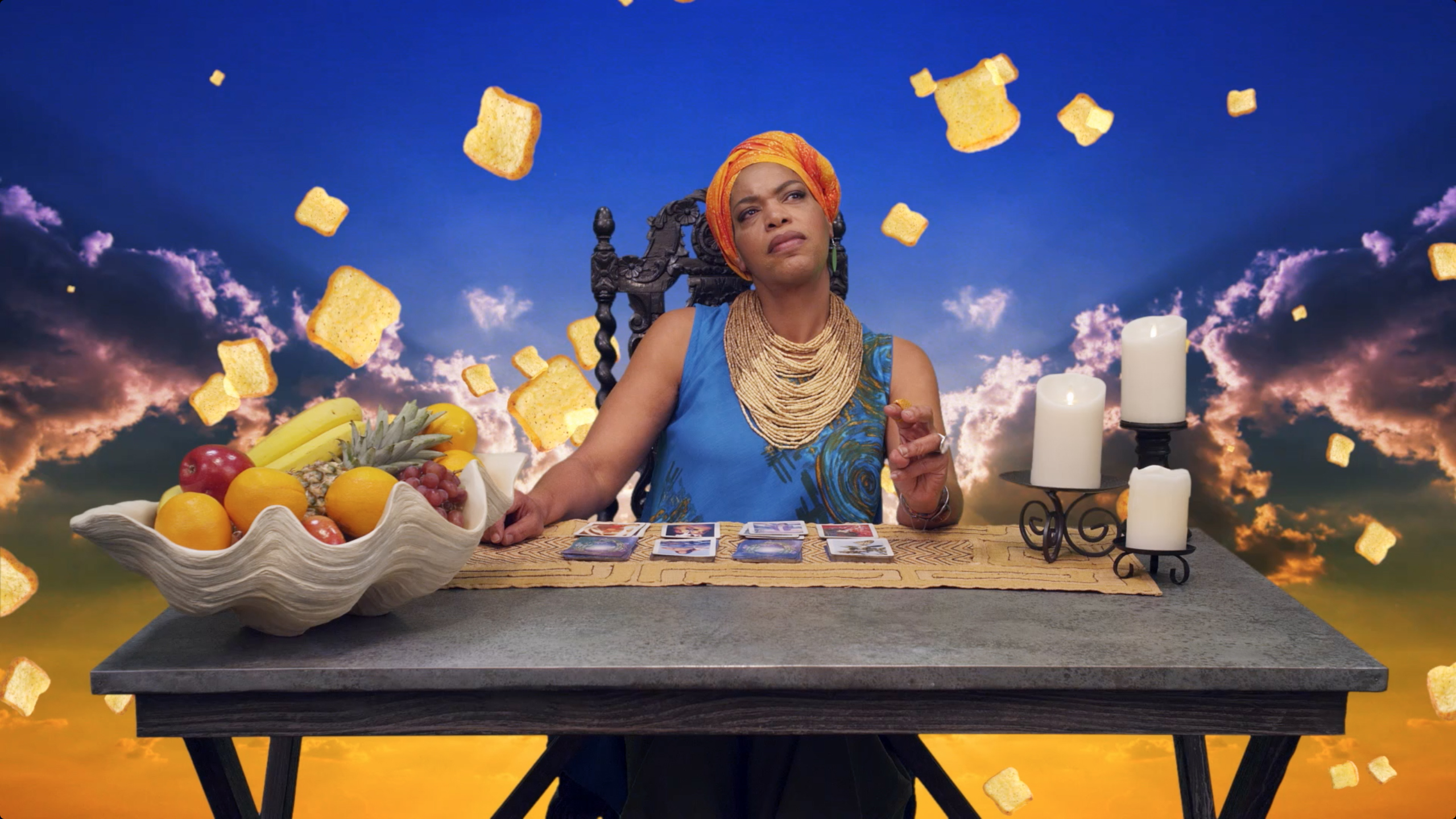 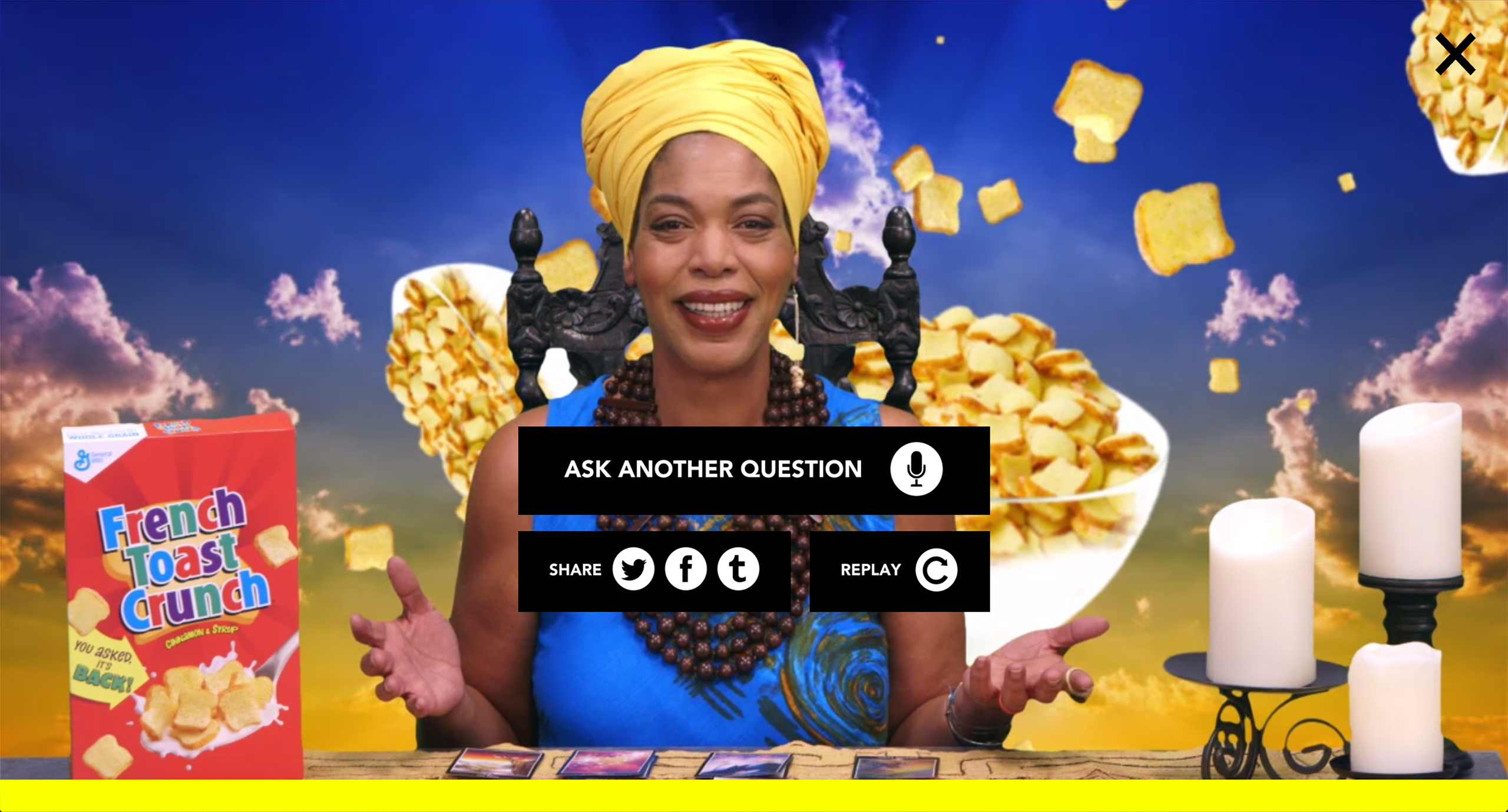 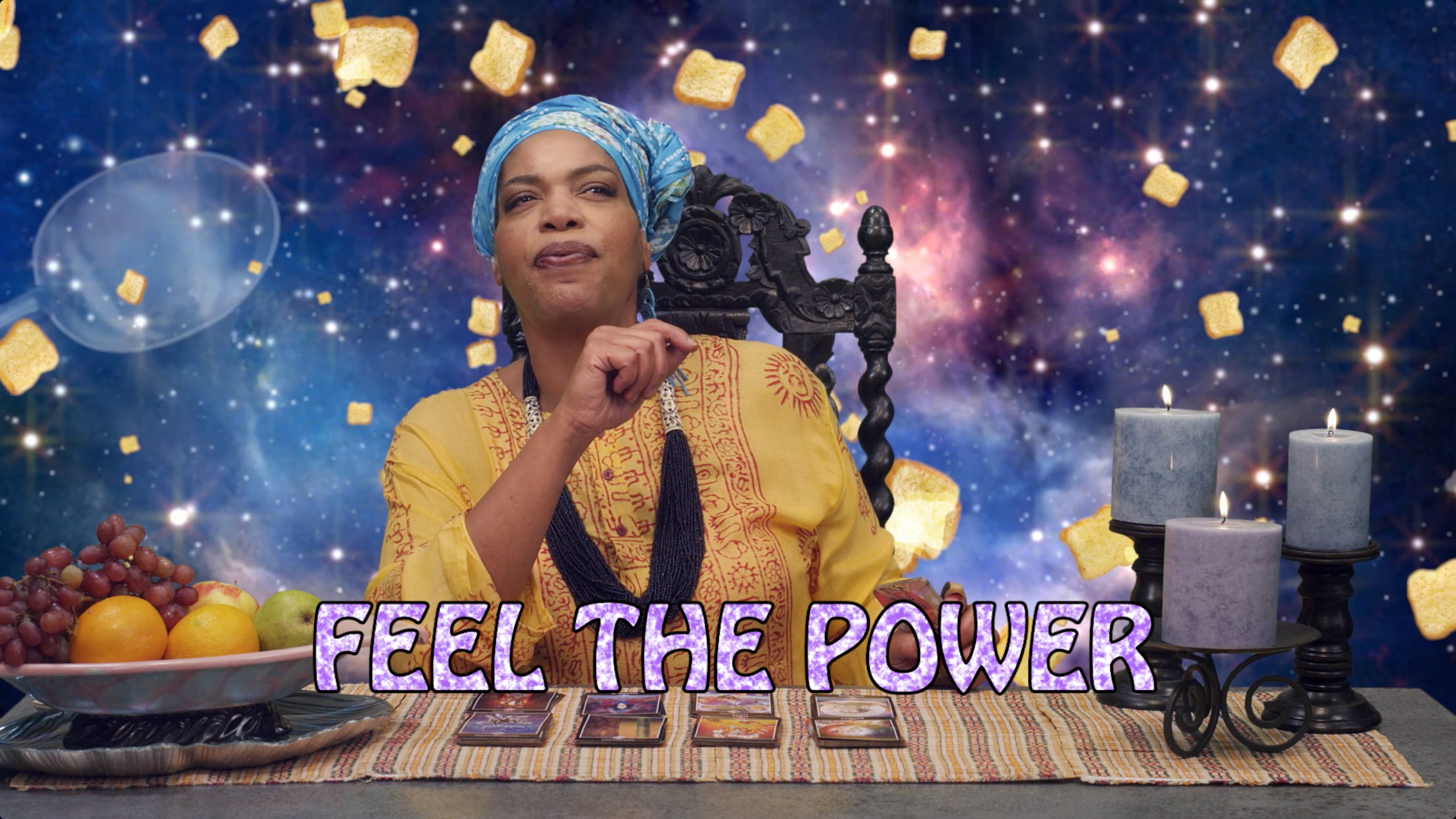 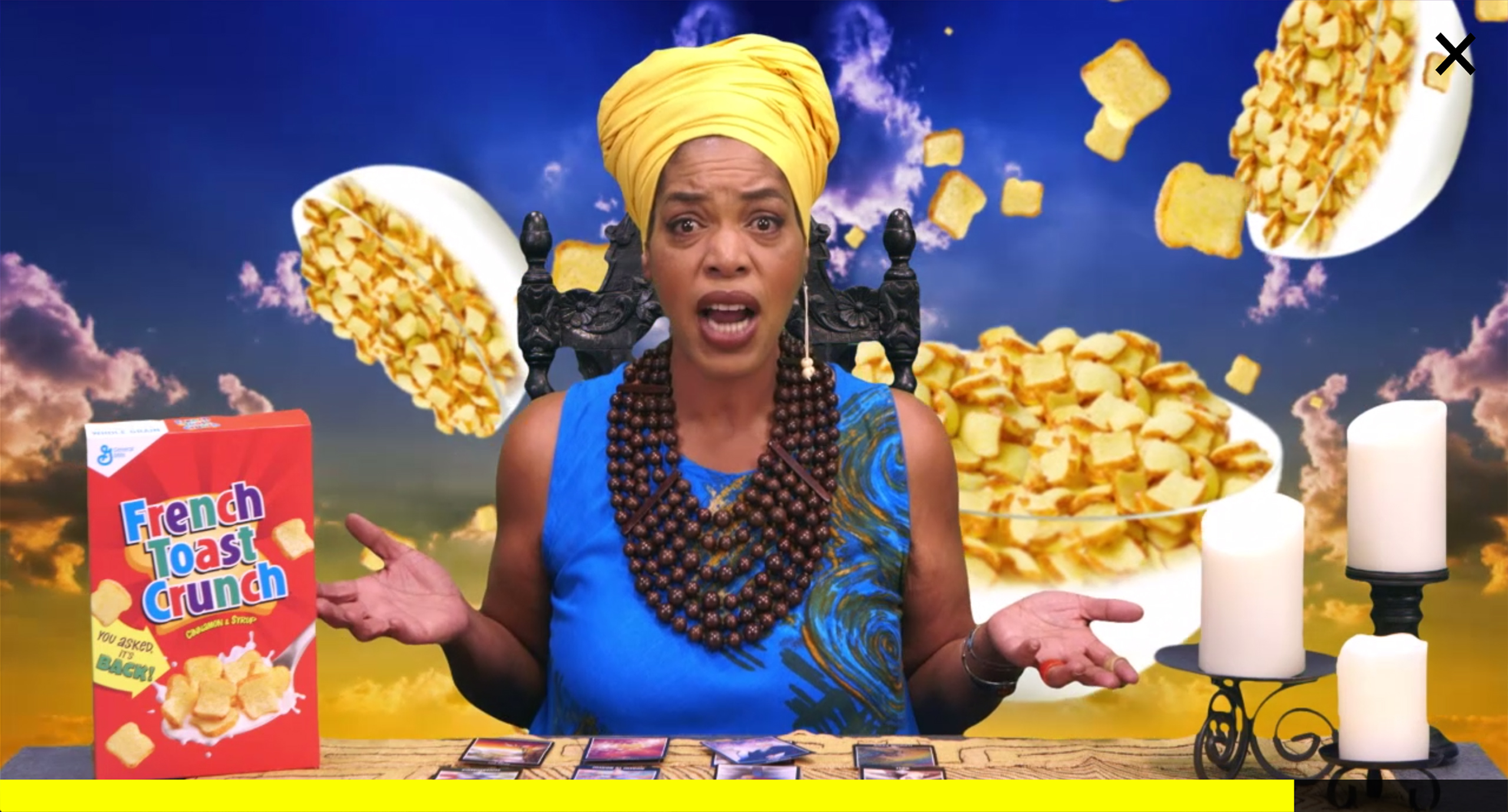 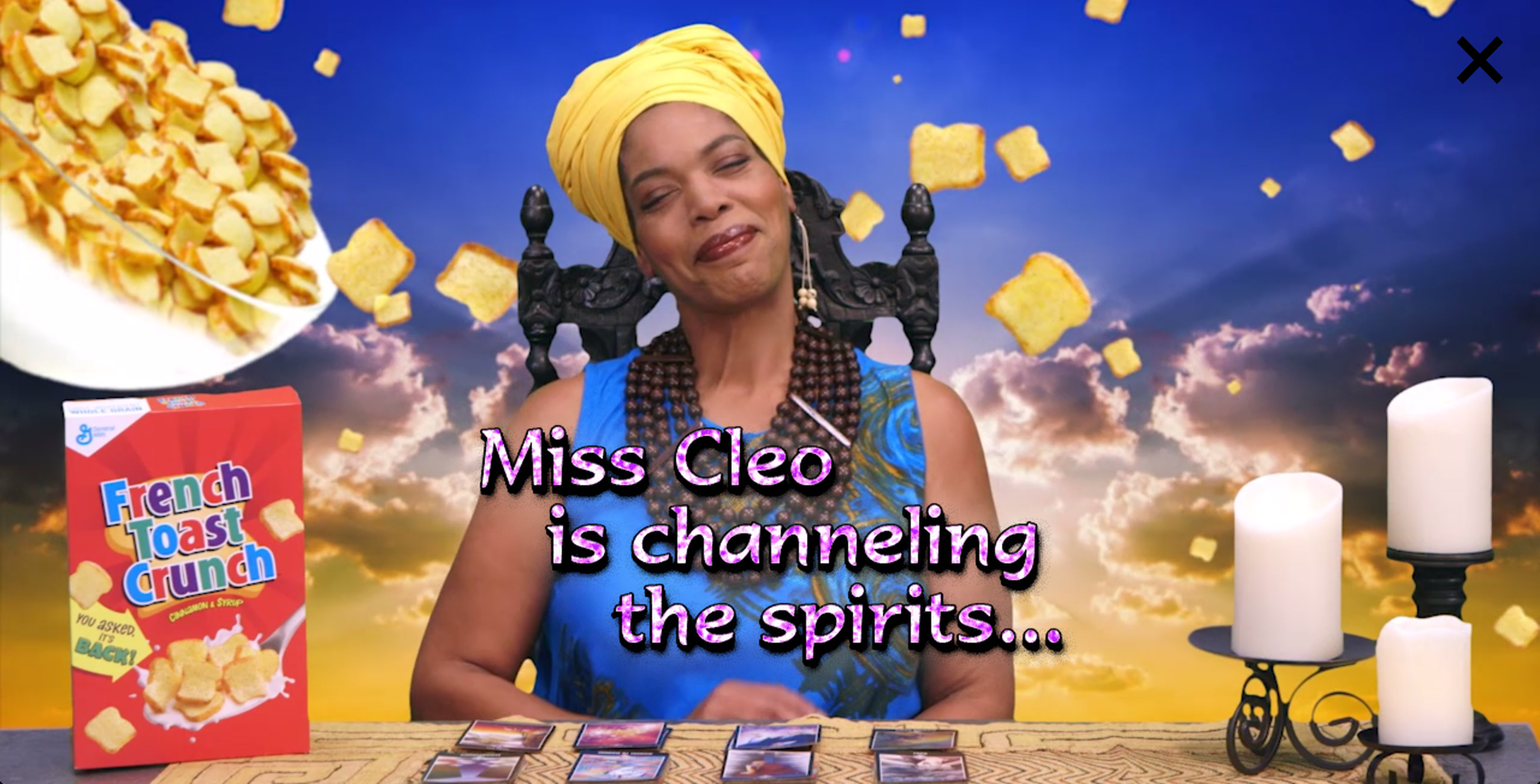 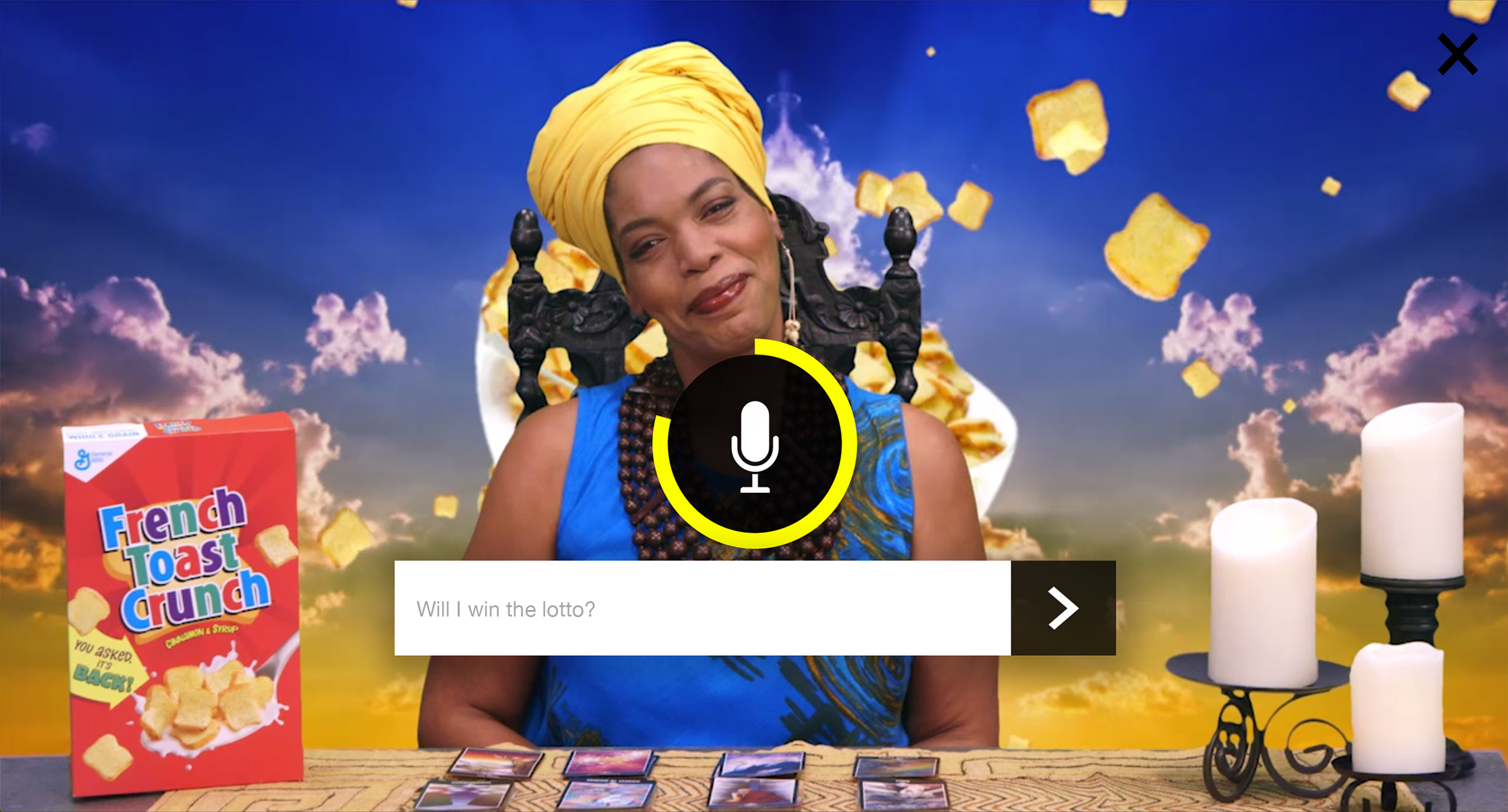