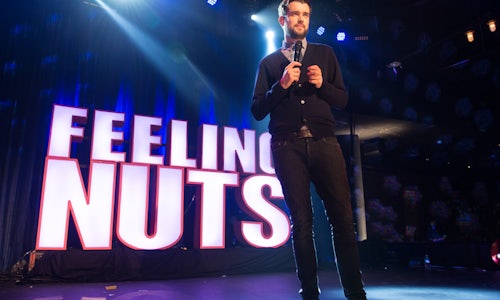 Testicular cancer is the no. 1 cancer threat to young men, yet despite being over 95% treatable (if caught early) men die needlessly because they don't check and are too embarrassed to discuss the problem. With the simple positive goals of empowering young men to stay in check with their testicles, generate as much awareness as possible and breakdown barriers of embarrassment, we created Feeling Nuts, the biggest and ballsiest campaign of 2014. We combined entertainment & social media in the most genius way to uniquely raise awareness, not money. Feeling Nuts engaged the World, with participation in over 157 countries including the biggest names; Ricky Gervais, Hugh Jackman, Neil Patrick Harris, Usain Bolt and Miley Cyrus, to name just a few and was seen over 750 million times. 100's of thousands of people engaged with the message and took up the movement, actively tweeting the message and posting their own videos and images using #Feelingnuts, generating 1 new challenge every 5 mins. The campaign culminated in a comedy entertainment event on Channel 4 hosted by Jack Whitehall & featured Cara Delevigne, One Direction, James Cordon, Lance Armstrong, Jimmy Carr and reunited Men Behaving Badly. It over doubled Channel 4's Friday evening slot average and won the slot in ages 16-25. As a result of the campaign, searches on how to check for testicular cancer surged on Google & online conversation increased in line with the campaign's spikes of awareness. Behaviour has been dramatically changed as a result of the movement.

"From the outset of meeting Check One Two, we were impressed with the creativity & innovation of their campaign in creating a new formula focused not on generating donations, but on raising awareness of prevention and harnessing the power of the social web. Their currency therefore became mentions, views, shares and likes rather than cash donations. Their clever & well thought through strategy, with our support, measured the extent of this awareness, optimized the ways the campaign grew, & ensured connotations surrounding the movement were really encouraging men to check themselves.

Past campaigns engineered around visibility have been difficult to measure, but Check One Two realized that social technologies could provide an opportunity to get closer to understanding this type of success. They were successful because they had a very clear call-to-action, they were just asking for one key thing, which was for people to check regularly. They recognized a need for a social listening tool to comprehend these metrics & analyse the extent of the shift in attitudes that the campaign was designed to provoke. With Brandwatch onboard they began to create a unique, one-of-a-kind strategy to help stop preventable deaths from testicular cancer. The key part here is that men don't like talking about these topics. It's an awkward conversation and by using humour and harnessing the power of well-known comedians, they managed to reach far more people than would have likely been possible using more conventional approaches.

We saw that the campaign picked up steam early on, but after big boy bands & Hollywood stars started to create content for the campaign, it exploded & you started to see 100's of millions of people viewing the campaign in a very short space, a scale matching long-established and well funded campaigns like Comic Relief.

Our technology demonstrated that the movement had been seen 750 million times within the period studied, generating 861 unique posts per day and equating to a new post about the campaign on social every 2 minutes. This data was also tracked in real-time, meaning the team could keep tabs on the conversation as it happened. We saw that as soon as the campaign launched a lot of people were getting involved & actively engaging in the topic of testicular cancer in general - exactly what the campaign was set up to achieve.

When the infamous #Bendgate saga erupted in 2014, conversation about #Apple received fewer mentions than #feelingnuts over the exact same period of time. This is indicative of just how potent this campaign was, and showed that it isn't just a comparable to charity organisations like ALS but also to more general global issues.

It wasn't just men tweeting about the campaign - most of the conversation was driven by females. Furthermore, though the campaign began on a few different platforms, it soon grew to be shared across a variety of different networks, including an unexpected volume of discussion on multimedia sites like Instagram & Vine.

They also used our Analytics during the live broadcast to measure the success in real-time, using a host of different metrics. The platform monitored the conversation & found that a tweet was broadcast every 1.5 seconds during the show. Using location features, Check One Two were able to track tweets mentioning the television show that were being shared in over 75 countries around the world.

The TV show helped drive non-campaign related conversation about testicular cancer to grow 8 times higher than the weekly average, providing another win for the movement. Internet users were freely talking about the need to check themselves on an unprecedented scale. This showed it was much more than an entertainment success, it was clearly achieving the objective they set out all along - to get people talking about testicular cancer and in a open and honest way. Impressively, this increased discussion was not just during the show. In fact, from August to the show in October, conversation about testicular cancer increased. Their effective social media strategy led to a genuine increase in awareness in what many see as a sensitive topic. The #Feelingnuts campaign set out to do something phenomenal - to prevent needless deaths from testicular cancer by using the power of social networks. To accomplish such a feat they needed an extraordinary piece of technology. Brandwatch gave them the tools to measure & optimize what was an extremely successful campaign, & Brandwatch are proud to have been part of an important, modern success story." 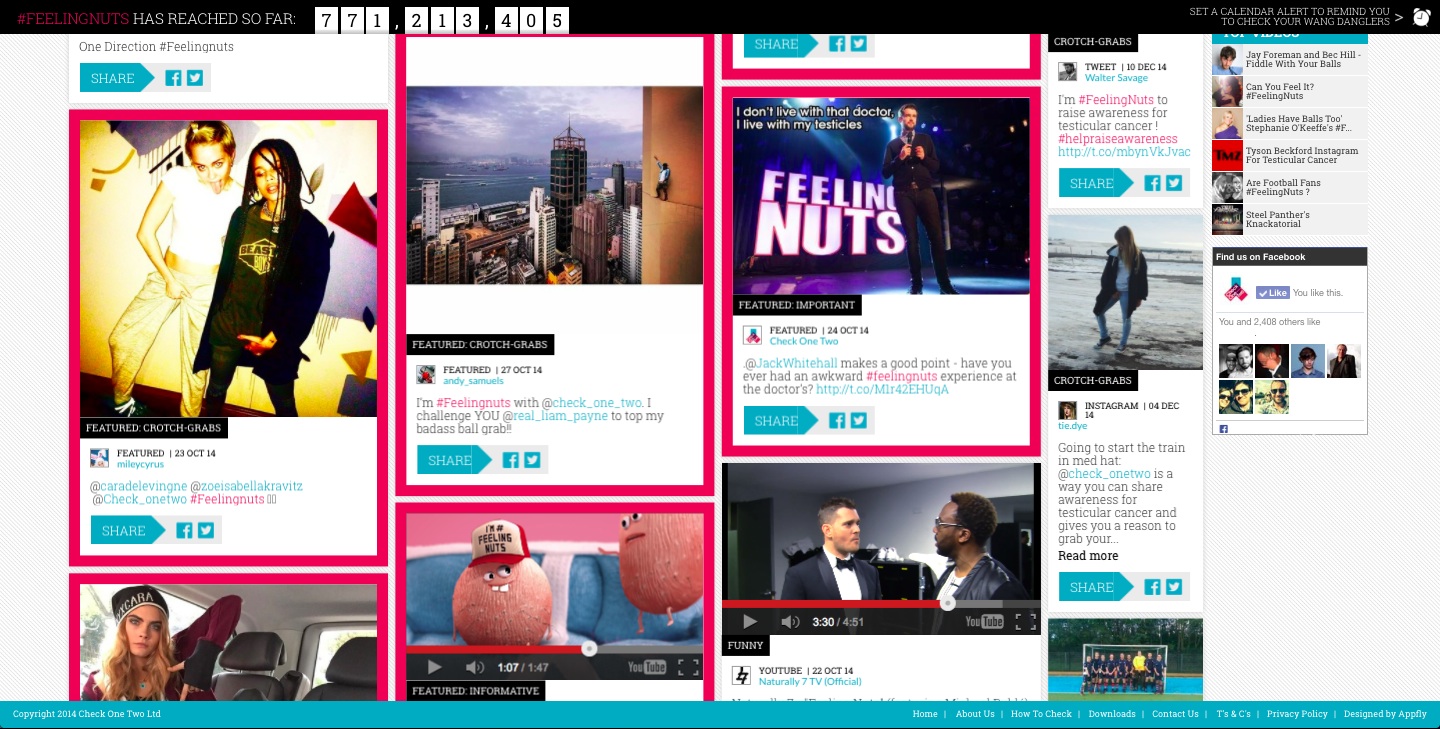 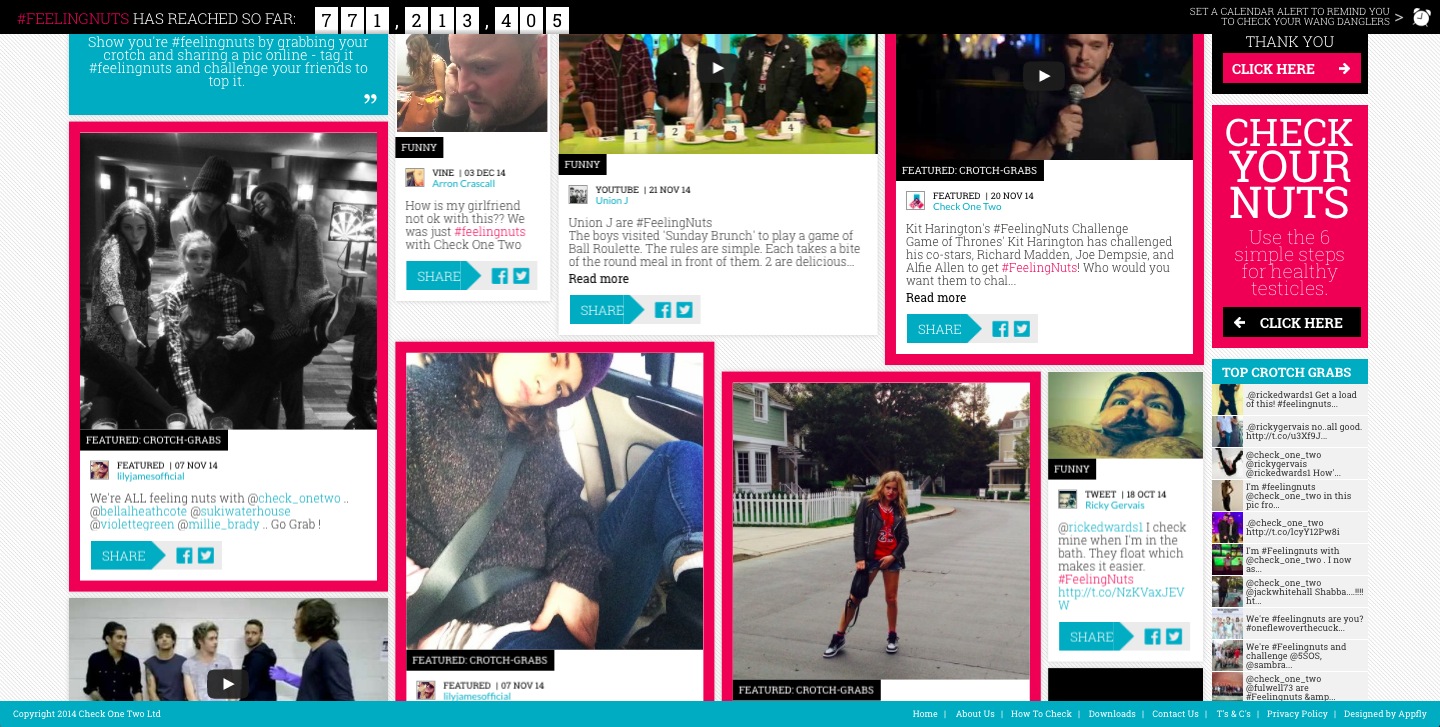 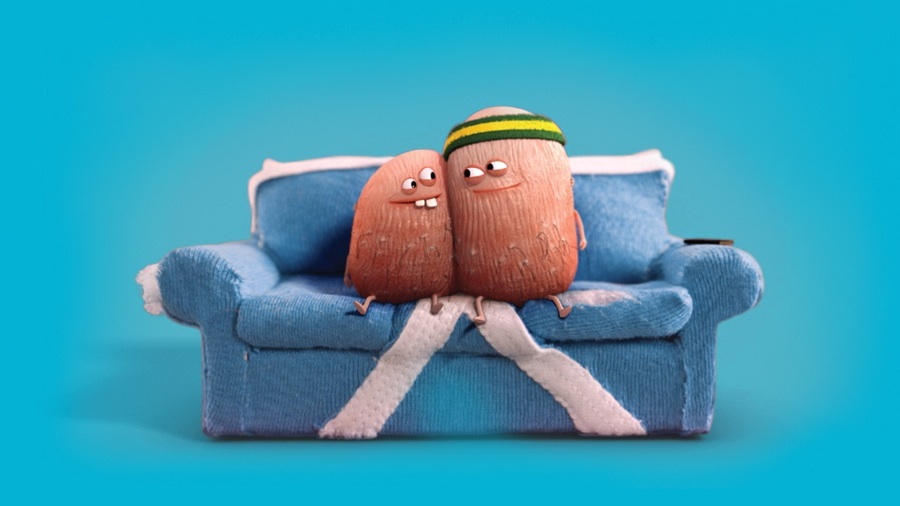 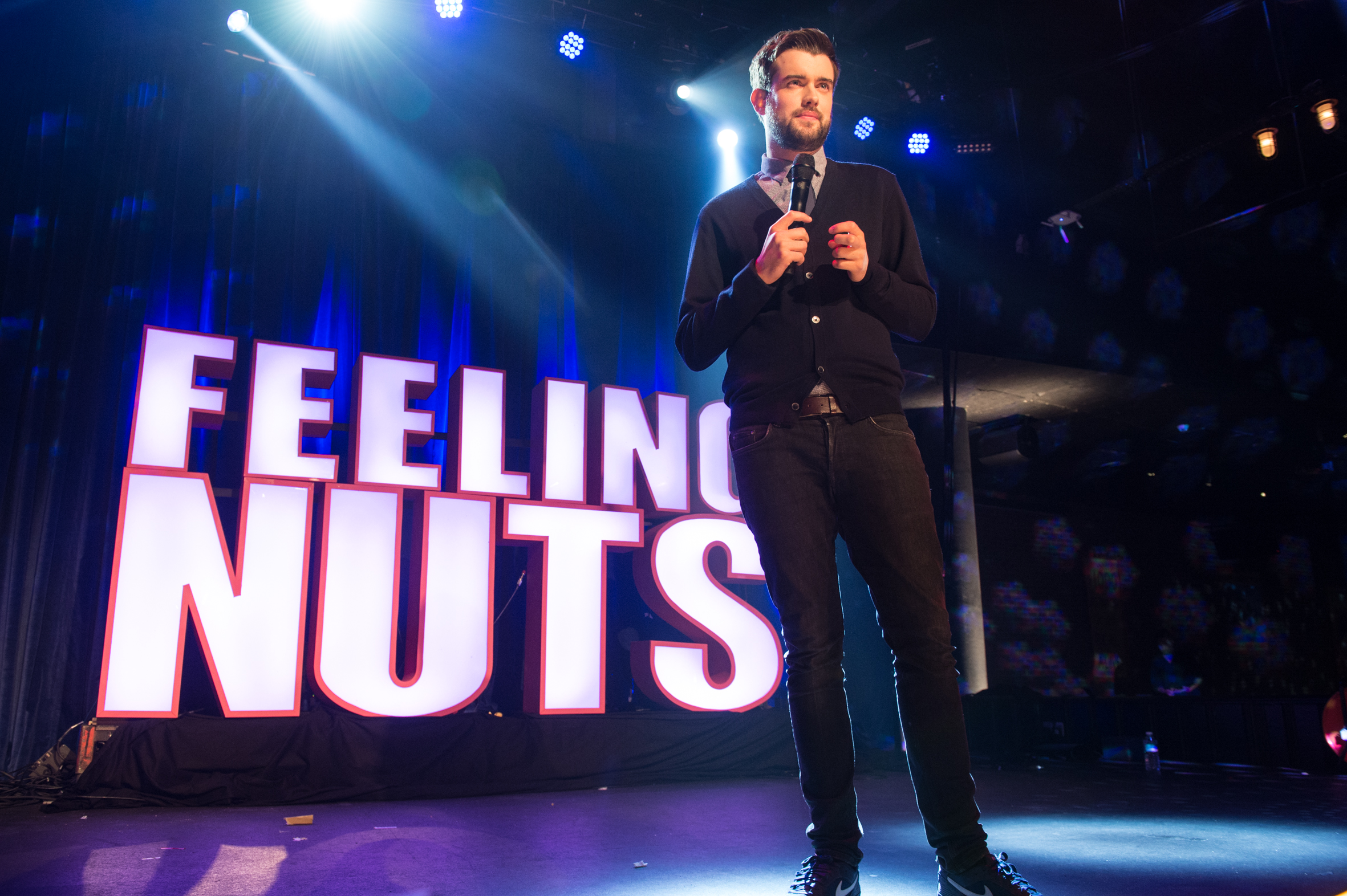 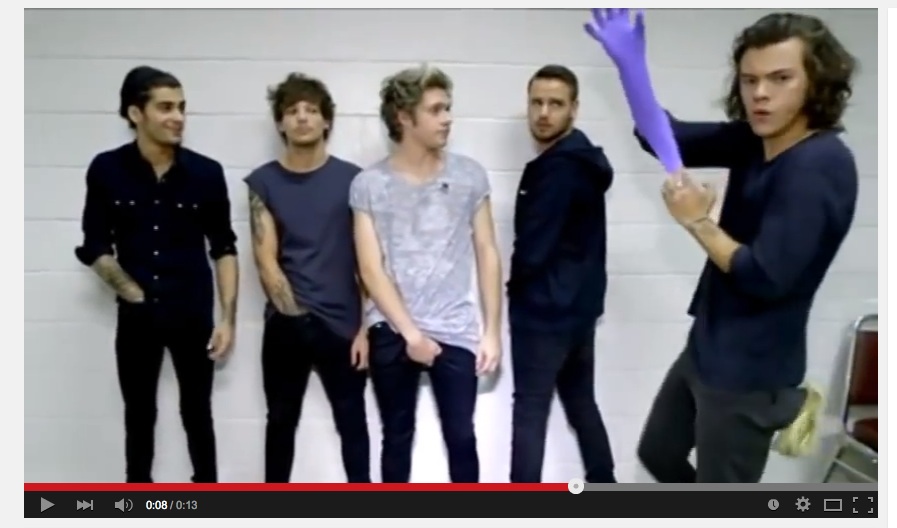 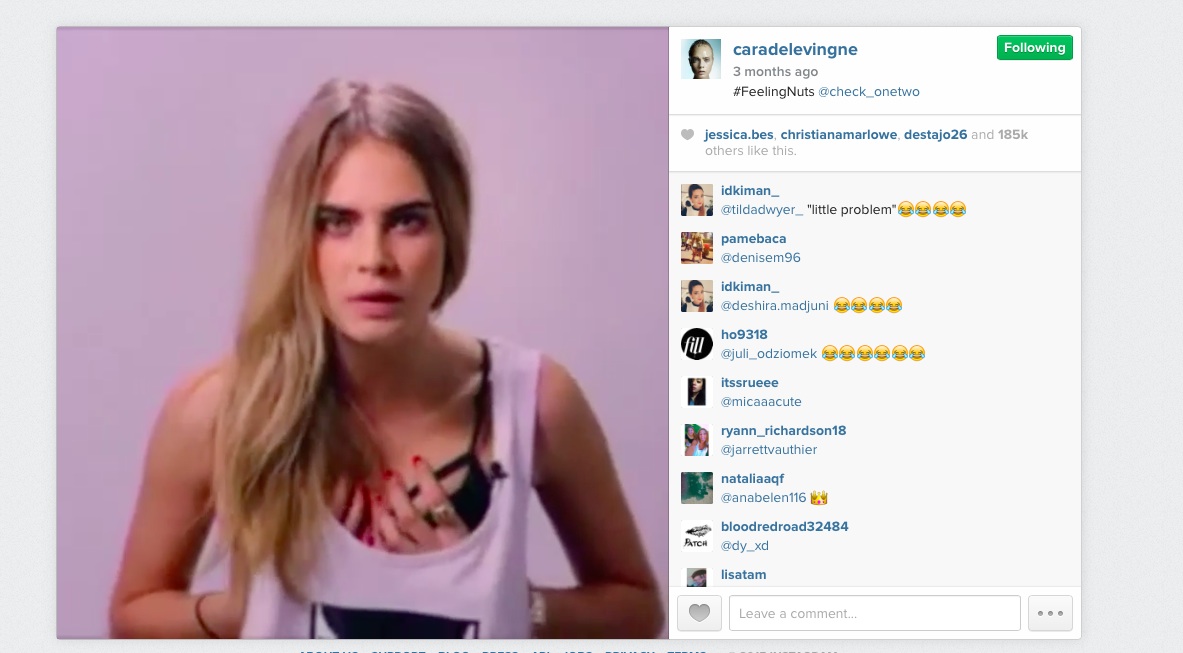