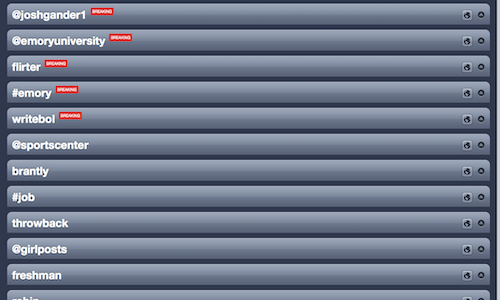 On August 1, 2014, Emory University was the first institution ever to treat Ebola patients in the United States since the outbreak in West Africa. This was not a crisis in traditional terms, but our social messaging had to be crafted very carefully almost as if it were. We wanted to reach as many people as possible while maintaining our integrity, and protecting our patients' privacy. We instituted a strict approval process for our social channels to provide the public with up-to-date information that could help reduce the fear surrounding the patients' arrival. Our initial Facebook post announcing that we were receiving our first Ebola patient reached 17,000% MORE people than our average posts beforehand – about 640,000 people. Our biggest social success was on the day Dr. Kent Brantly was released from University Hospital. We live-tweeted the press conference at which he gave remarks, and saw incredible engagement rates. A whopping 40% of our Retweets for the entire month of August happened on that day. On Instagram, we shared a photo of Dr. Brantly and his wife hugging each and every member of the Emory Healthcare team who helped him, which became our most-liked post at the time with 703 likes. From August through October, we reached 3x as many people as the year prior on our social channels, largely in part due to our Ebola coverage. We reached 10 times as many people in August alone.

Our objective with this campaign was to provide updates to the public on our Ebola patients and our protocols, while maintaining HIPAA laws and respecting patients' privacy. We wanted to stay ahead of the game and inform the public, while increasing engagement on our social channels. With a media frenzy surrounding their treatment, it was quite the feat to manage the messaging and sort through the onslaught of mentions on social media. When news first broke on Thursday, July 31st, a flurry of both negative and supportive reactions to the news flooded our notifications. They ranged from the outraged and scared to the proud and confident. Emory was thrust into an international story that had a huge effect on people on our home soil and abroad. How did we turn those who were scared into the confident? By forming a process to get the messaging out there.

We worked very closely with our partners at Emory Healthcare to approve messaging and provide factual content to help dispel the fears that Ebola would be spread on a national scale. One of the first news articles that started to turn the tide was when Emory Healthcare head nurse Susan Grant penned an op-ed for the Washington Post titled "I'm the head nurse at Emory. This is why we wanted to bring the Ebola patients to the U.S." Grant wrote this just days after we admitted Dr. Brantly and Nancy Writebol. Our initial Facebook post sharing this article garnered nearly 1,000 likes, and even more impressively, over 1,400 shares. Our tweet got 34 RTs and 18 favorites, but more impressively, the article was everywhere. It highlighted our expertise, and inserted human kindness into the equation. We saw the tides turn regarding sentiment following that article. From then on, we continued to dispel fear by sharing as much info about the disease as we could. Our nurses and doctors conducted interviews that we shared on social, we tweeted out answers from a Q&A we did regarding Ebola, and we continued to keep the public up to date. We even shared some photos on Instagram and Twitter showing the media frenzy surrounding the whole event. http://instagram.com/p/rUxPU5NviA/?modal=true We posted something to our channels almost every day, even though we couldn't share updates on our patients' conditions.

Some of our greatest successes were when we live-tweeted/posted events regarding Ebola. Our most successful day EVER on Twitter was August 21, 2014, when Dr. Kent Brantly was released from Emory University Hospital and held a press conference. We were in the front row, tweeting pictures and quotes from Dr. Bruce Ribner and Brantly throughout, garnering 545% MORE impressions than our daily average. Retweets were up almost 400% for the month of August, with more than a third accrued during the news conference. We took a photo of Dr. Brantly and his wife hugging each and every member of the healthcare team, thanking them, and posted that on Instagram. It quickly became our most-liked post ever. For the month of August on Instagram, we saw a 178% increase in average likes, a huge spike that we have maintained ever since. Our comments were also up 519% on Instagram for August.

We even saw success on LinkedIn, with a 2,130% increase in followers for the month of August. Our average was just under 100 prior to Ebola, and in August we got 2,050 new followers, thanks to our continued posts to our community.

In just a month, we changed a fearful community into a proud, trusting one by showing our expertise and having the courage to care for the first Ebola patients in America. This was unlike any "crisis communications" experience Emory has ever handled on social media. The comments of the public were largely being shared on social, and it was our job to dispel the fear and gain the trust of our community. By establishing an approval process and sharing valuable content daily while respecting HIPAA laws, our audience was proud to call Emory their alma mater, workplace, and home. 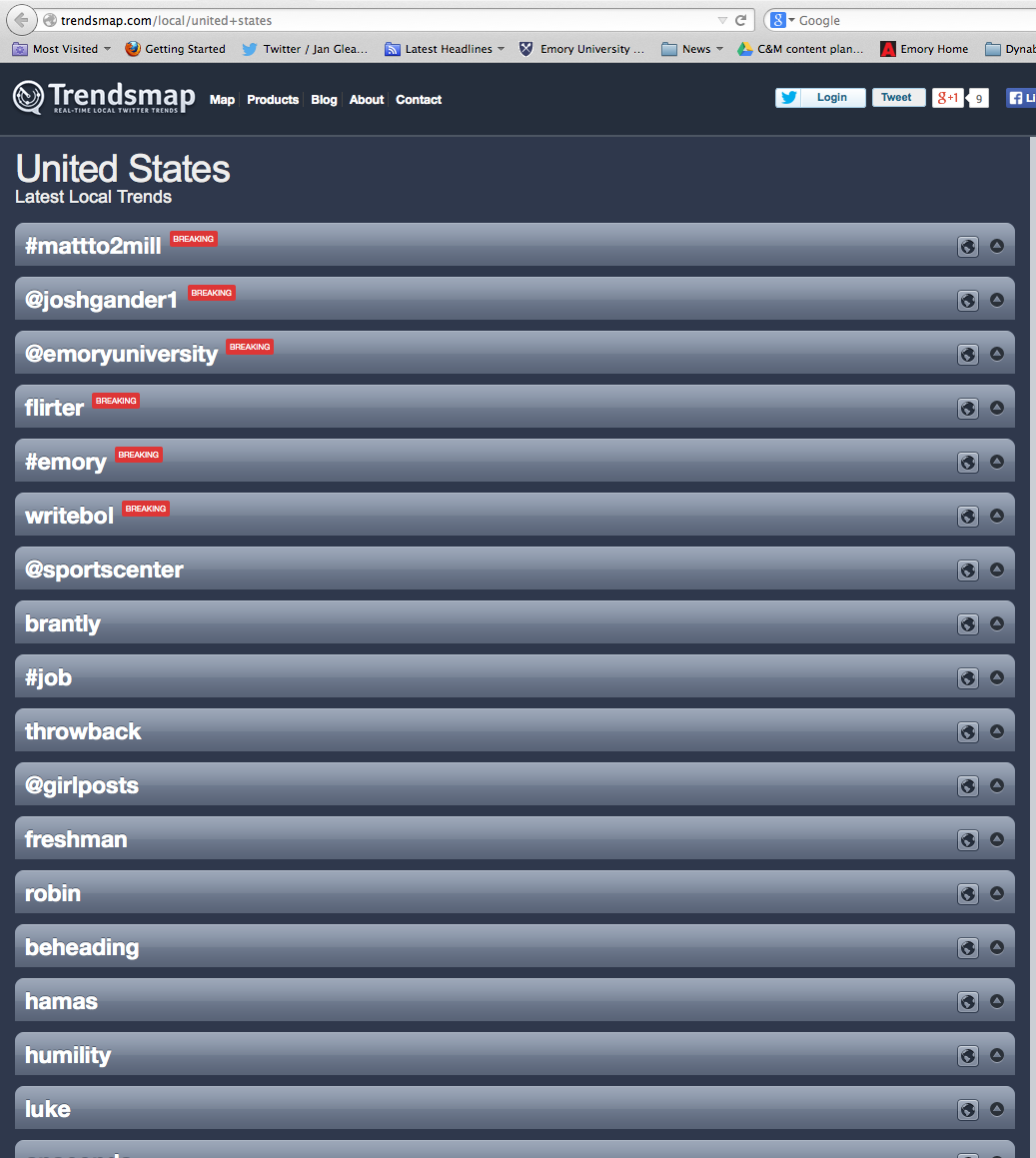 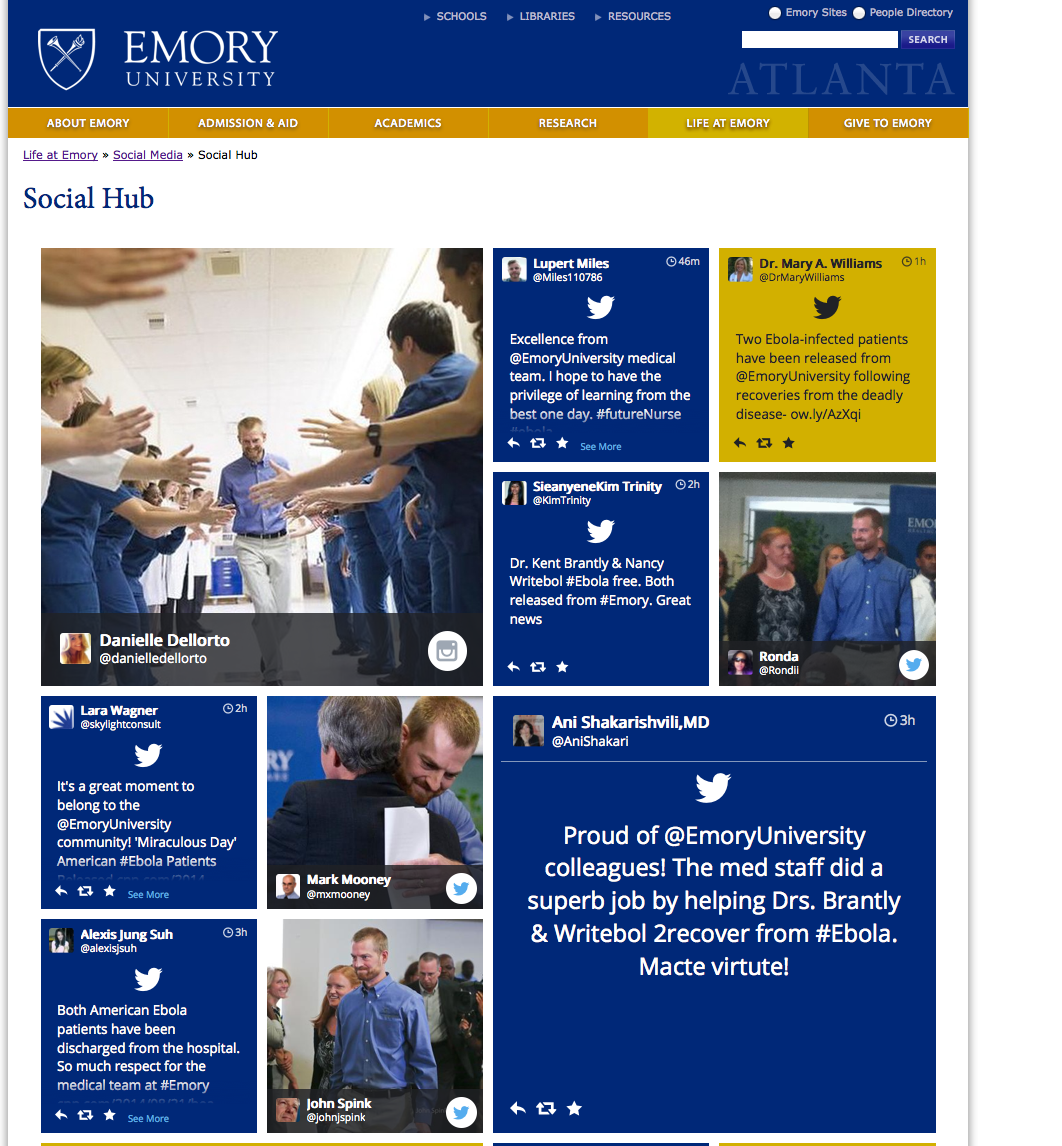 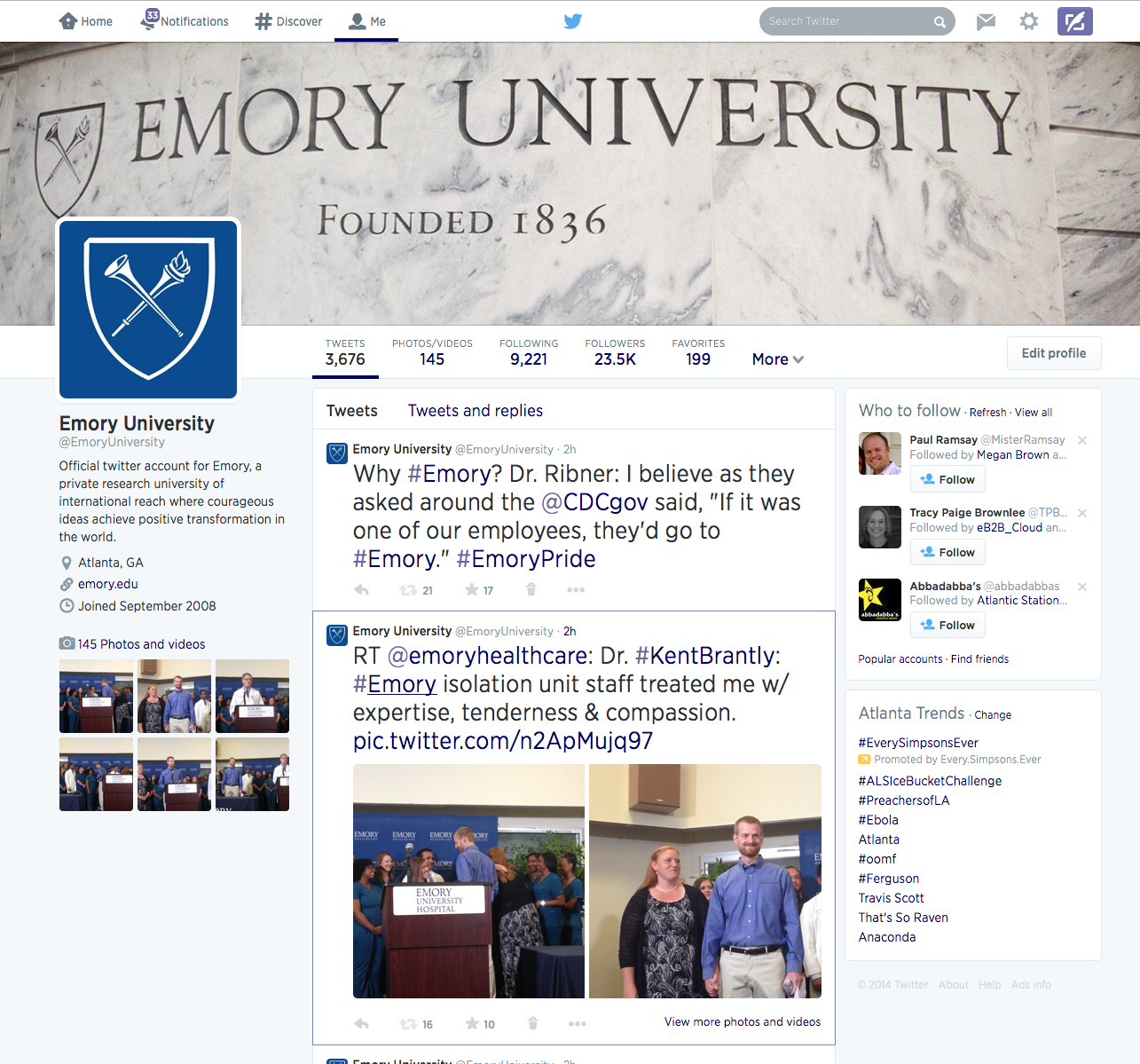 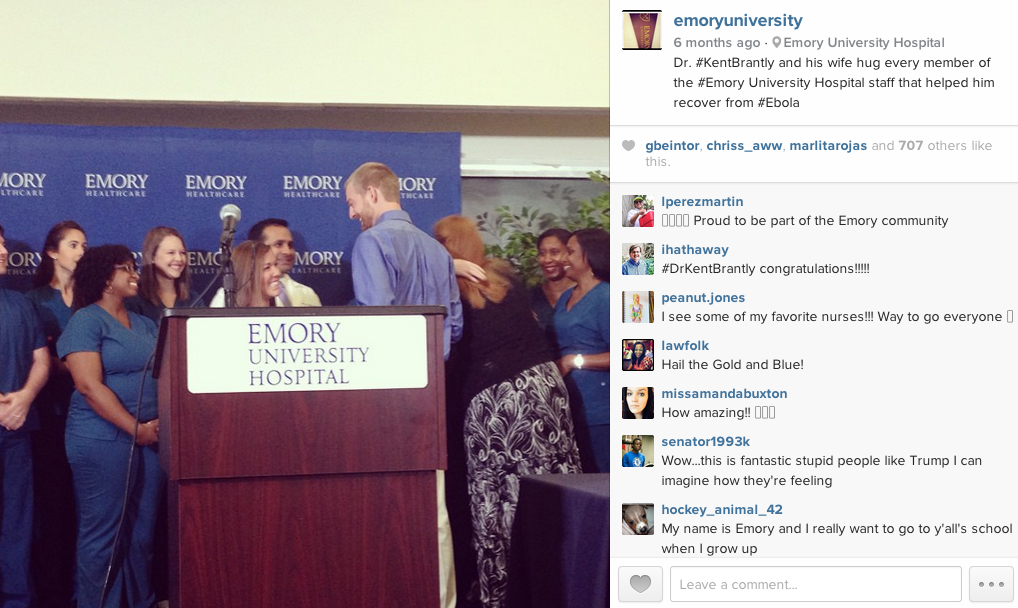 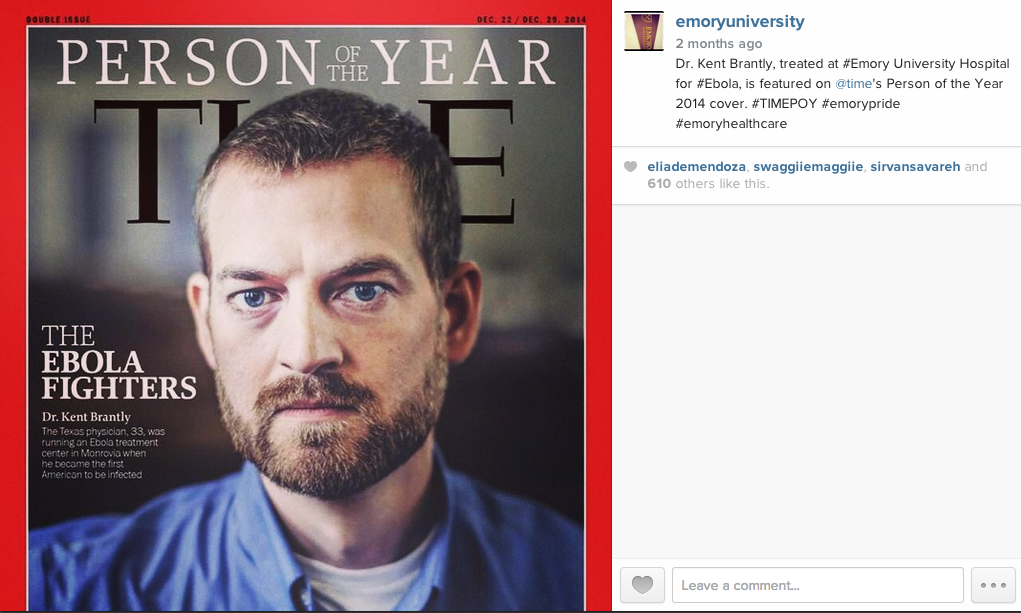 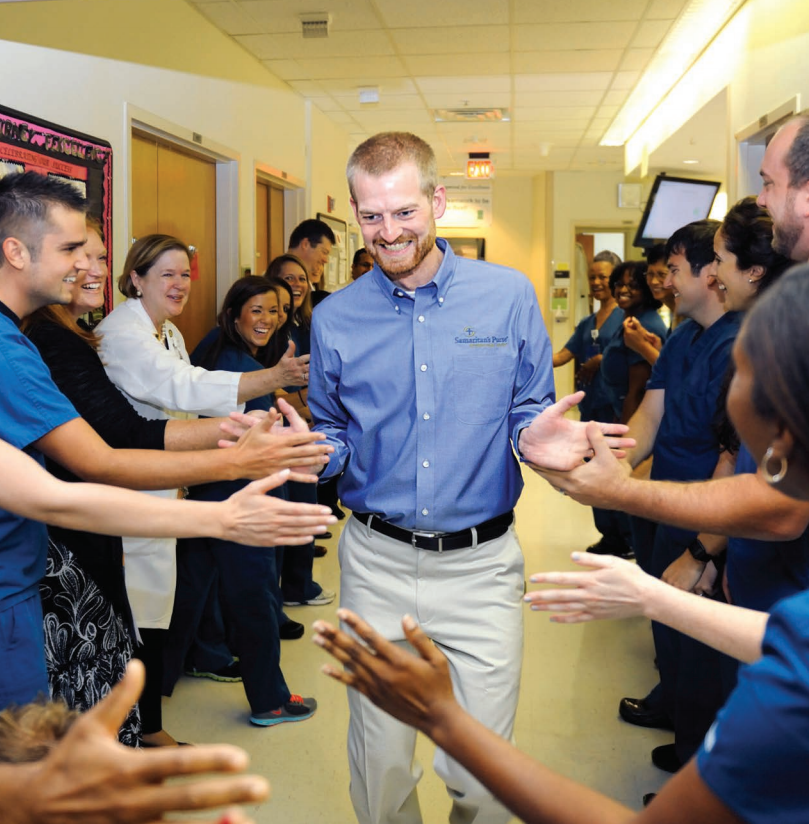 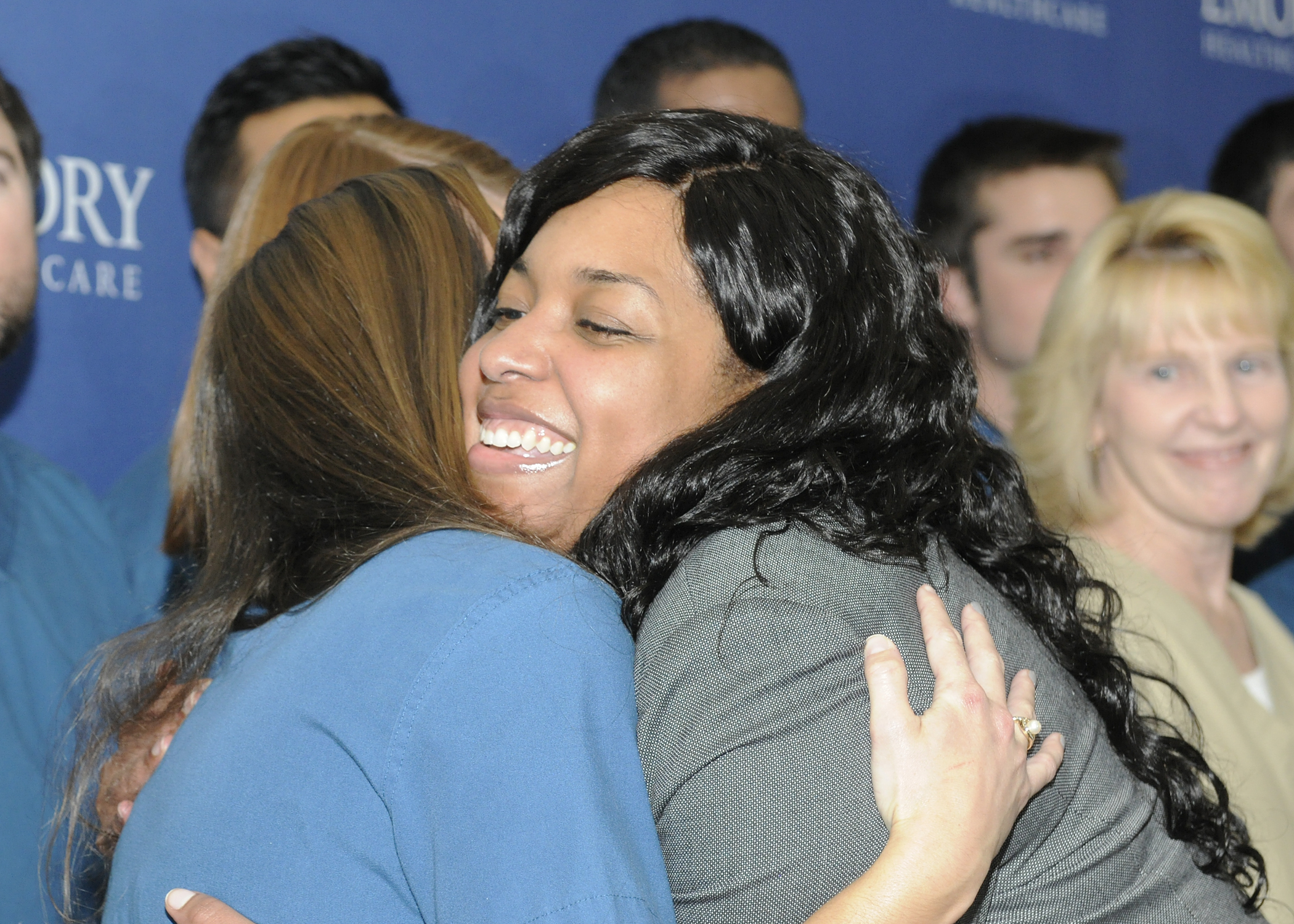 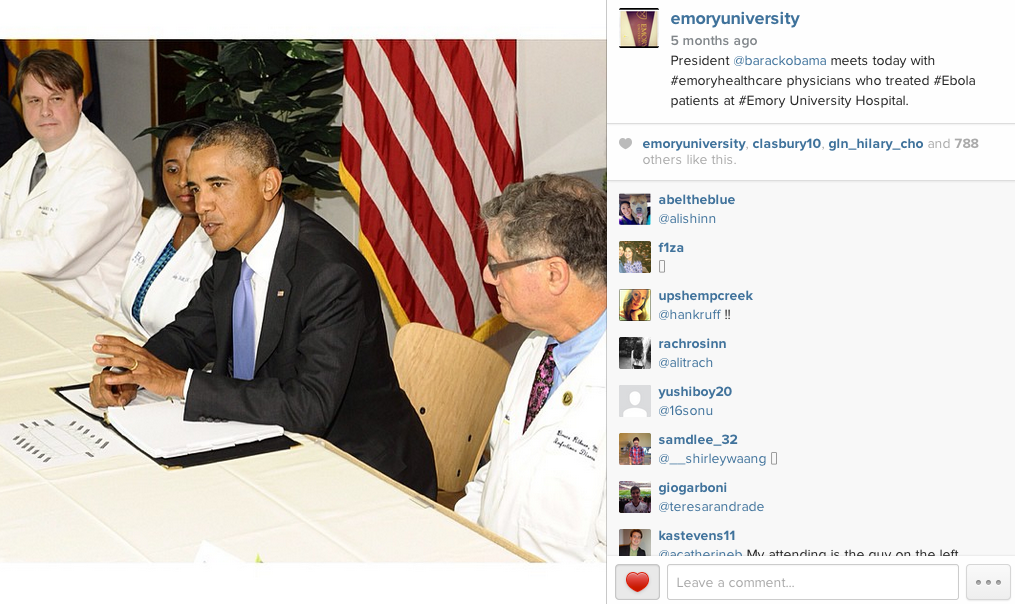 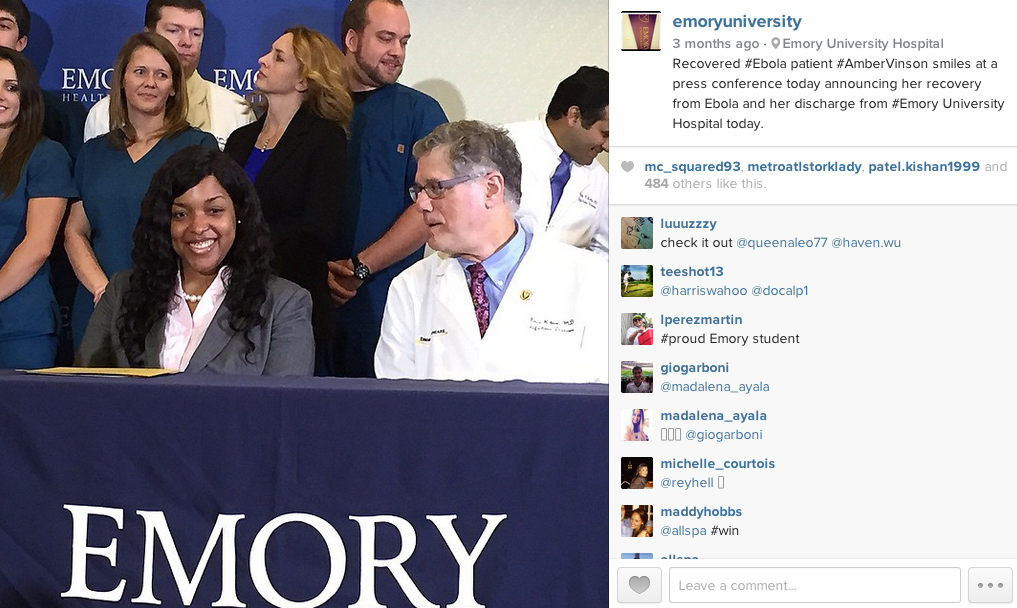 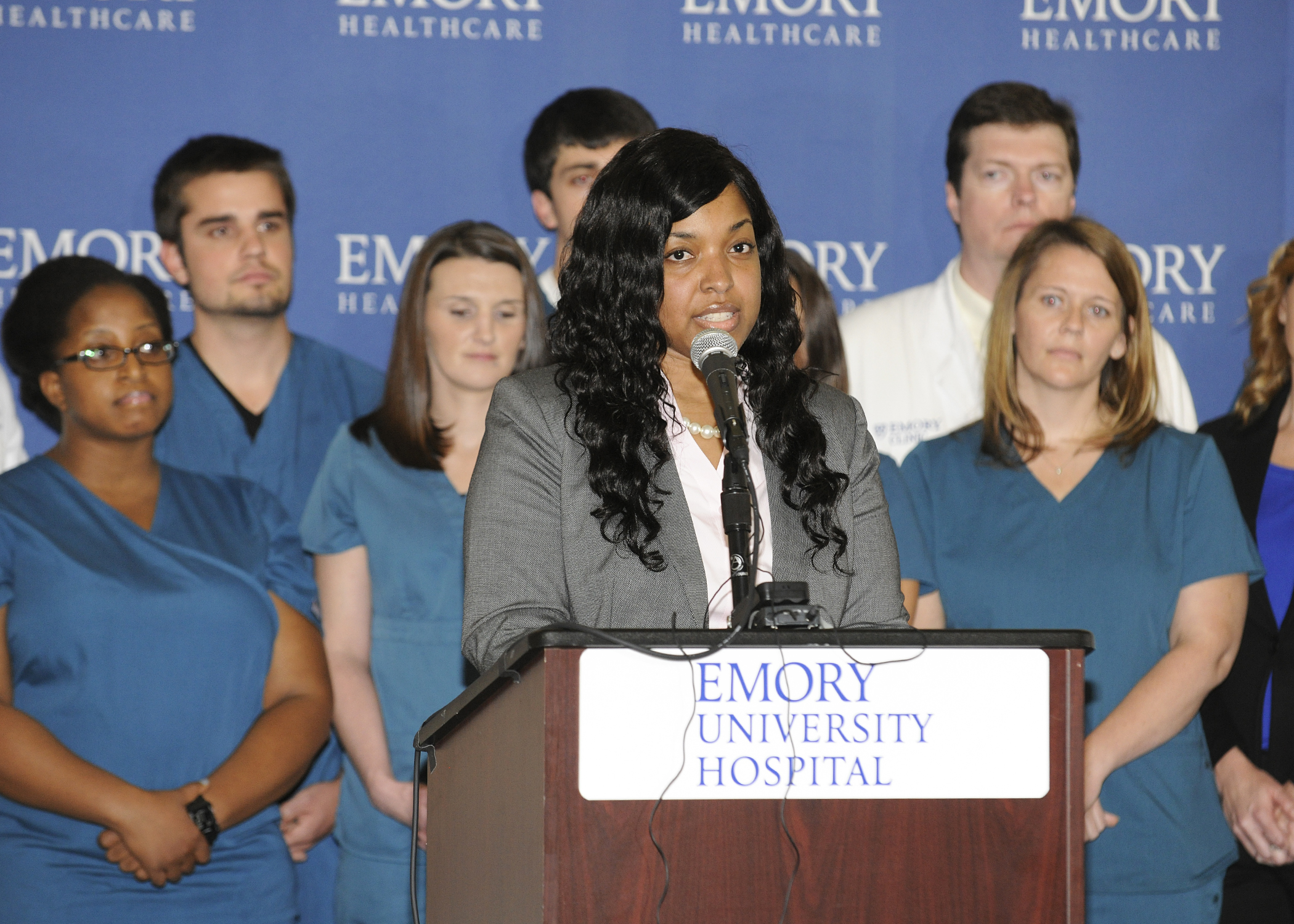 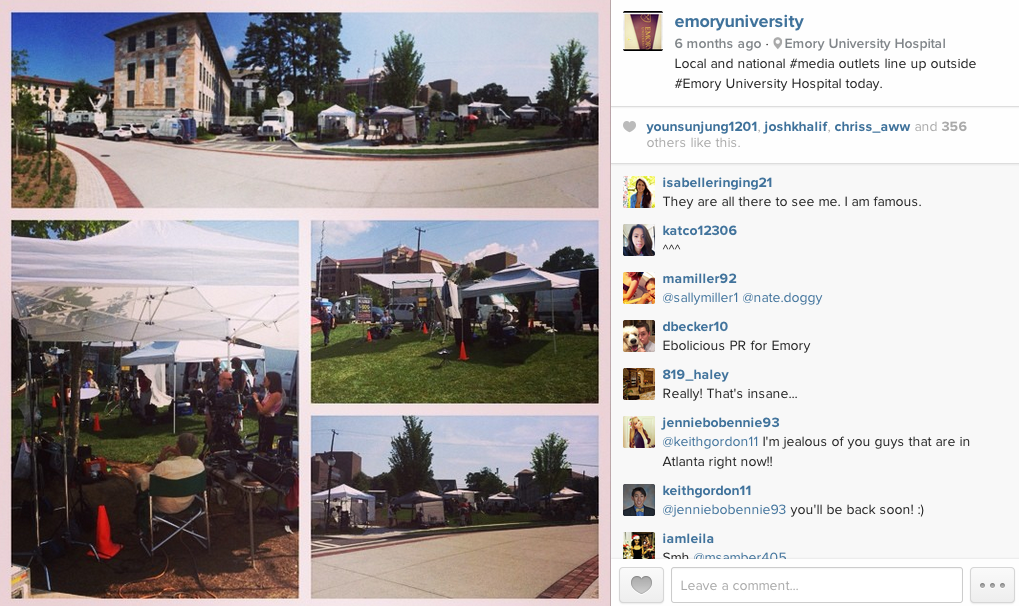 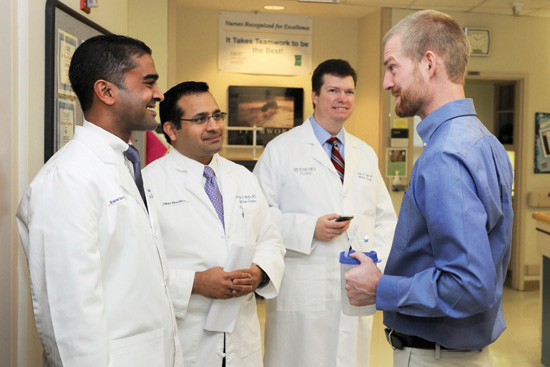