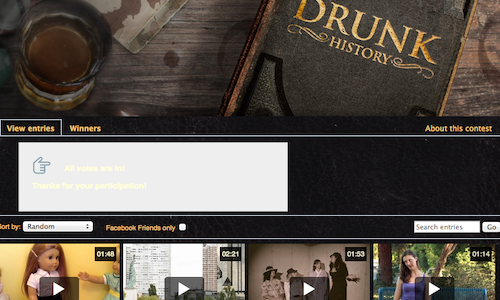 Launched in the summer of 2014, the DIY Drunk History contest gave viewers an opportunity to pay tribute to the age-old tradition of inebriated, factually dubious storytelling. Via Facebook and on-air promotion, we invited fans to produce their own historical re-enactment videos using audio from Drunk History narrators. The objective was to increase engagement and awareness during Drunk History's sophomore season while giving the show's superfans the chance to fully nerd out over their favorite show. Of the 35 entries submitted, five received enough votes from the community to be deemed fan favorites, and the grand prize winner was chosen by Derek Waters himself. The winning entry was featured on air during the Season 2 finale, on cc.com and across social media platforms. The five finalists were also featured on cc.com. To finish the contest up with class, we also created a video mash-up of all the entries and posted a video from Derek congratulating the winners and thanking everyone who submitted. 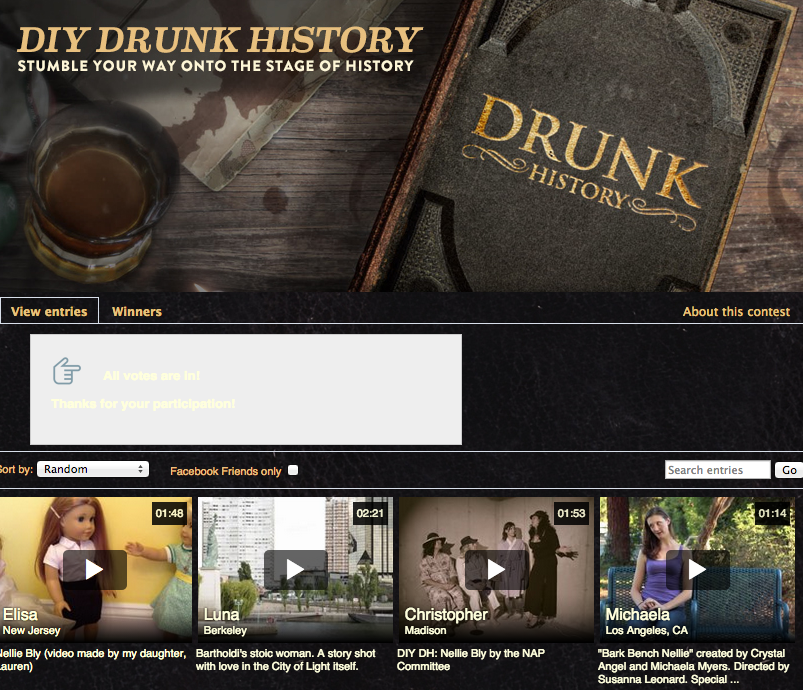 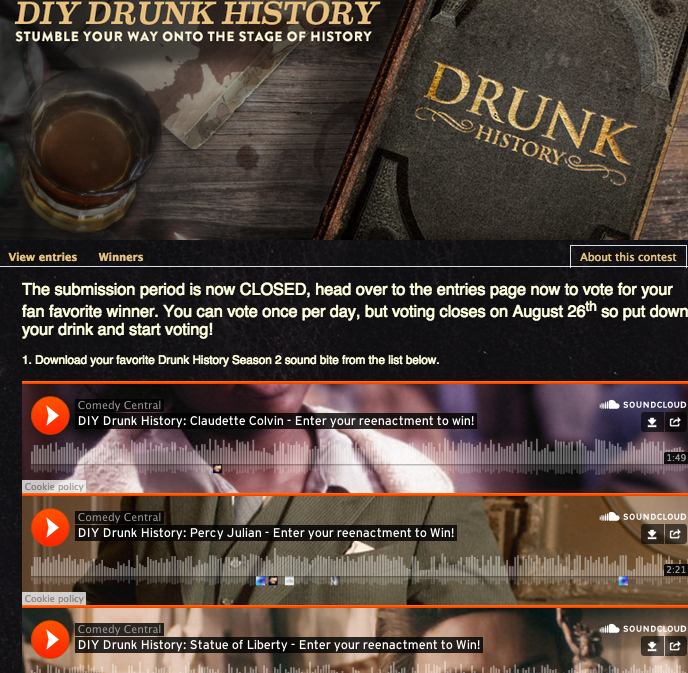 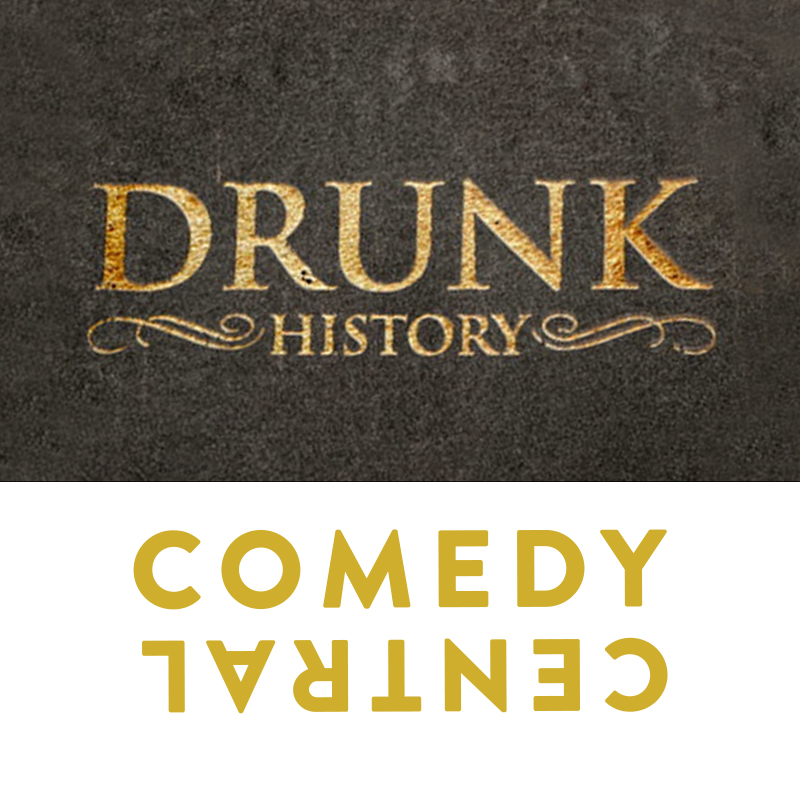 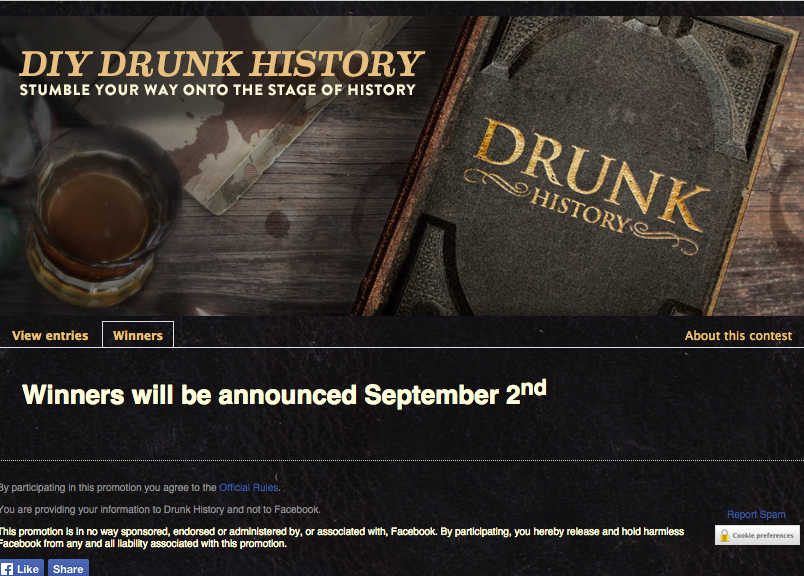