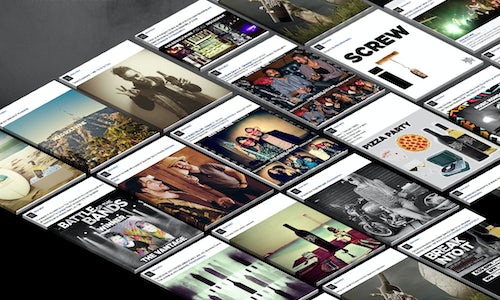 For Years... Wine and Wine drinking have been associated with food, romance and traditional times.

So how could we market a new wine towards the Millennial demographic using something else?

We called the campaign... BREAK INTO IT

Dead Bolt wine came to EDGE with a product, a logo, and their eyes on a slice of the Millennial pie. EDGE was tasked with developing a tagline and campaign to launch the brand and grab the attention of thirsty, legal, 20-somethings on a budget. The objective was to build the brand's presence through social and bring Dead Bolt to life with live events.


EDGE worked with indie rock artists across the country to try Dead Bolt and share it with their fans. While building these relationships EDGE developed the Music Cellar series, an intimate event featuring a local rock artist complete with an interview, performance, and, of course, Dead Bolt wine. With three events in the second half of 2013 and a partnership with CMJ Music Marathon – a New York City music festival highlighting up-and-coming artists – in October 2014, Dead Bolt was able to gain their share of brand awareness.

To reach the wine drinking millennials we leveraged the edgy logo to tap into the world of music and bring duality to the newly minted motto. 'Break Into It' would be a movement for dreamers and do-ers with a passion for making it big, therefore up-and-coming indie rock artists looking to breaking into the music industry suited Dead Bolt perfectly.

Pernod Ricard launched this wine with a non-traditional A&P budget, only focusing on digital and social. As a agency, EDGE had to make sure that the spend was done right and that we could move swift and be dynamic as a team in order to achieve the goal: Make sure Dead Bolt met the numbers and got recognition from distributors and consumers.

- After less than a year, Dead Bolt has reach top 5 in a 200 product category of red blends.

- It's the fastest growing red wine in the history of Pernod Ricard USA.