Jose Cuervo is the world's number one tequila. But with increasing competition from more premium tequilas, Cuervo's main goal during the last half of 2014 was simple—reappraisal. We wanted to reach a new, younger fan base and encourage them to take a fresh look at the brand.

So we reappraised the role of social media. The usual formula in the spirits industry is cocktails, cocktails and more cocktails. Cuervo had to tell its story in a completely new way. Our strategy was to constantly iterate small bets of content that strayed from the norm. Always giving fans a new reason to fall in love with Cuervo. Always featuring beautiful imagery. Always giving fans a new way to connect in personal ways. And of course, putting a new spin on the tired old cocktail recipe.

Along the way, Facebook followers increased by 12%, Twitter by a whopping 1045%. And we've managed to do it cheaper than the others guys, with a 19% better CPM than the industry average. Not only that but by Q4, the brand had posted its first positive sales growth in years. We're happy to say, Cuervo is back. It's attached itself to a brand new customer base, while still pleasing current fans. The passion for the brand has grown exponentially through our new voice and content.

To promote Cinge, their cinnamon-infused tequila, Cuervo went where no brand has gone before. Last year, the Cinge campaign featured a printed graphic novel called The Night. This year, to continue the saga, Cuervo introduced the first-ever graphic novel to take place entirely on Instagram.

The Drifter: Red Moon Over Baja is the story of an unnamed loner who discovers a small town with an evil secret. The novel was entirely social, featuring real Cuervo fans as stars of the story. Fans used #CingeMyFace to have their selfies and usernames illustrated into the novel. But we didn't just draw them into the story. We turned them into zombies. On Halloween, the plot took a menacing twist as our fans "ripped off" their faces and tried to eat the Drifter.

Running for 15 days with multiple fans tagged in each post, Cuervo's Instagram following grew by 12% and boosted sales by 4%. But the best part was thanking our fans by turning them into flesh eating monsters.

Day of the Dead:

Dia de los Muertos, or Day of the Dead, is a holiday celebrated throughout Latin America on November 1 st. With Cuervo's rich Mexican history, it was the perfect holiday for the brand to own.

Knowing that people would already be wearing the traditional sugar skull makeup, we asked fans to show us their skull with the hashtag #SugarMe. After we received some fan UGC, we decided to show them ours.

Working quickly with the help of a makeup artist we hyperlapsed the application of a sugar skull, Cuervo-style. We posted versions of our video on Vine and Twitter where it had a whopping engagement rate of 42% (industry avg is 1-3%) and was a Vine editors pick.

Cuervo's short copy-only witticisms on Twitter were over-performing and getting the same engagement rates of other brands that were also including photos. So to play off our already great numbers we went a step further and made the witticisms into shareable, snackable visual content.

The #CuervoTips tongue-in-cheek tone resonated with our fans as simple everyday content as well as when used as contextually relevant holiday executions. #CuervoTips continue to see extremely high engagement on Twitter, some up to 11% and one even became the most re-tweeted tweet in Cuervo history.

The bread and butter of the industry are cocktail recipes and bottle shots. But Cuervo is anything but the norm. So, we decided to break convention by breaking a few glasses—literally. Shooting the action with a Phantom camera we dropped cocktails through the air in slow motion to show off our favorite recipes, some of which included the Hotchata, Bloody Maria and of course the drink Cuervo helped pioneer—the Margarita. Each video ended with a drink exploding into delicious droplets as it hit the ground. The videos garnered over 70K views on Facebook and more than a few salivating tongues.

To bring an official end to 2014, Cuervo debuted the Cuervosel—a one of kind musical instrument made out of 57 bottles of Jose Cuervo, a shop vac and a gramophone. Each bottle was filled with a specific amount of tequila so that when it rotated in front of a shop vac blowing air across the rim of the bottle, the gramophone produced a specific note.

Put all those notes and bottles in the correct order and Cuervo was able to recreate their own rendition of the classic tune "Auld Lange Syne."

We featured behind the scenes teasers leading up to New Year's Day, when we launched the brand's very first music video. It received over 60,000 views on Facebook, not including the plethora of media outlets who picked up the story. 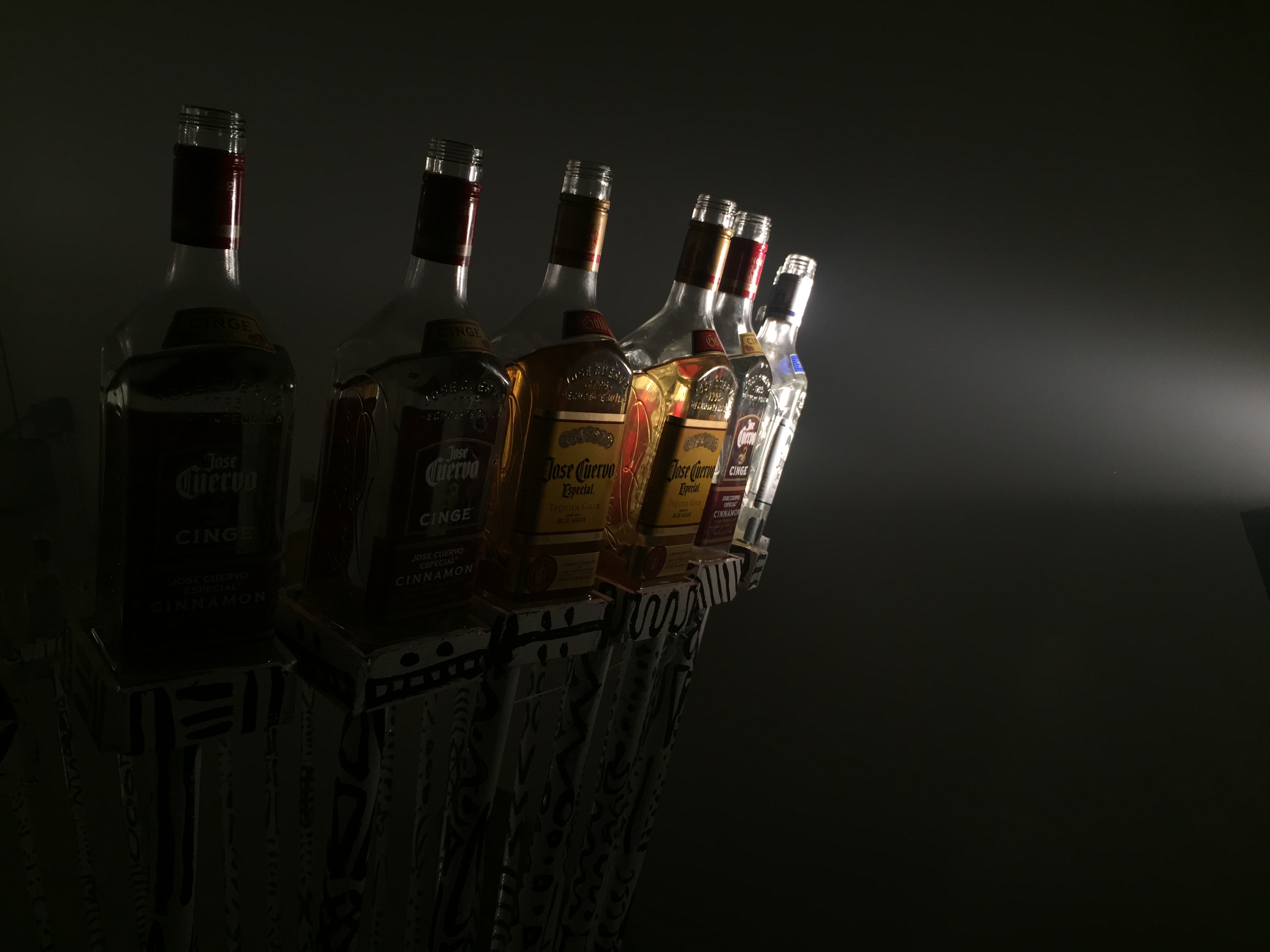 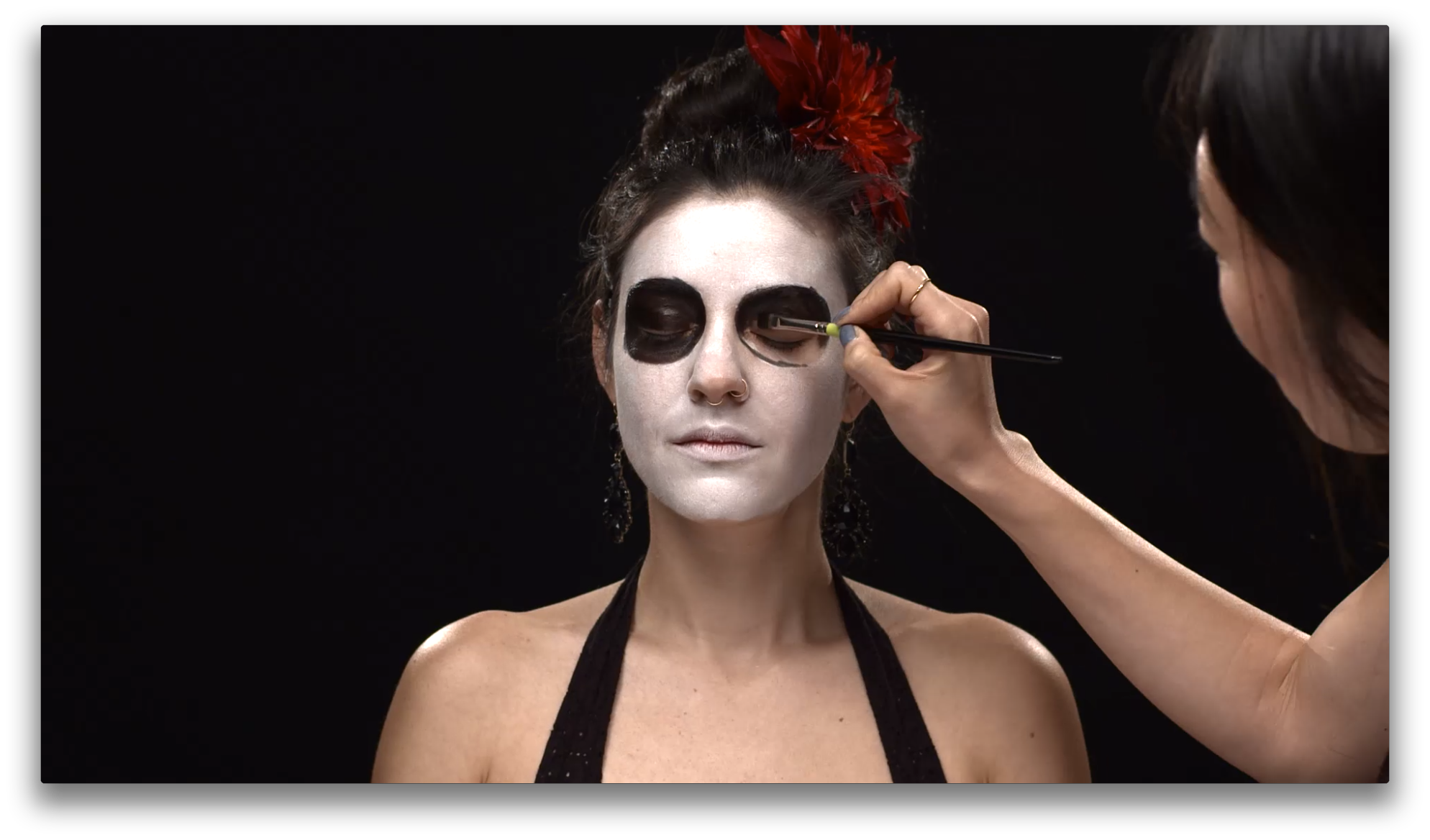 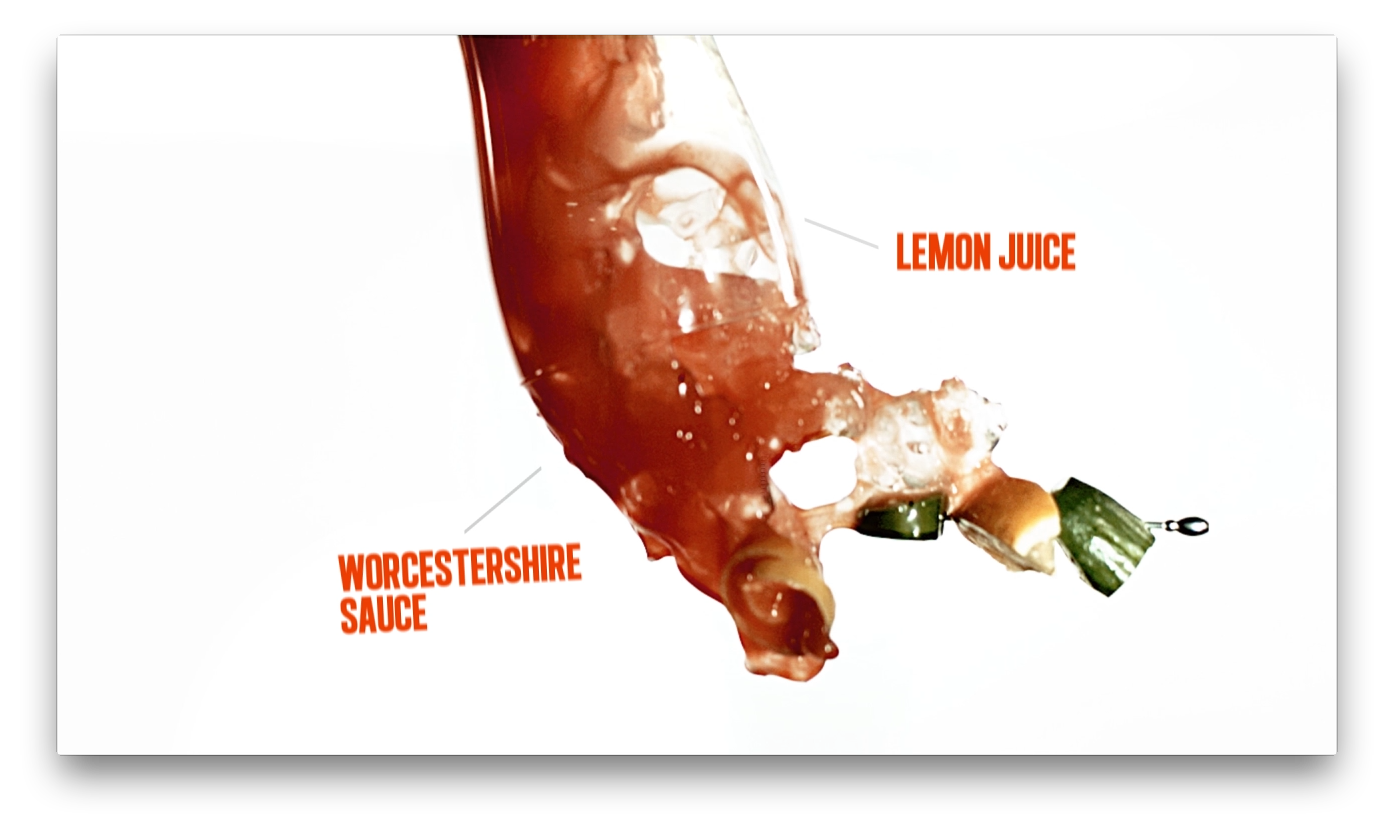 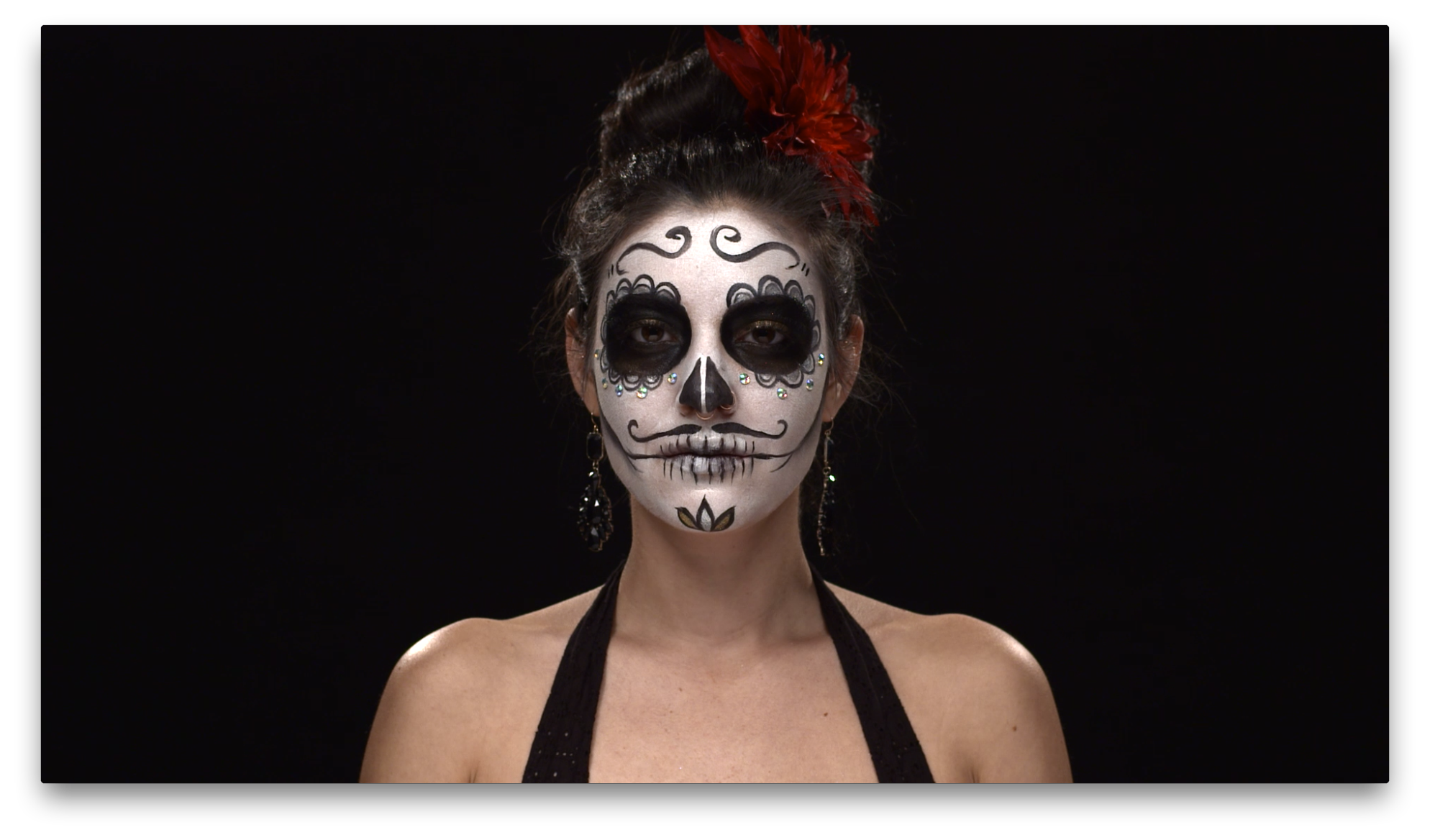 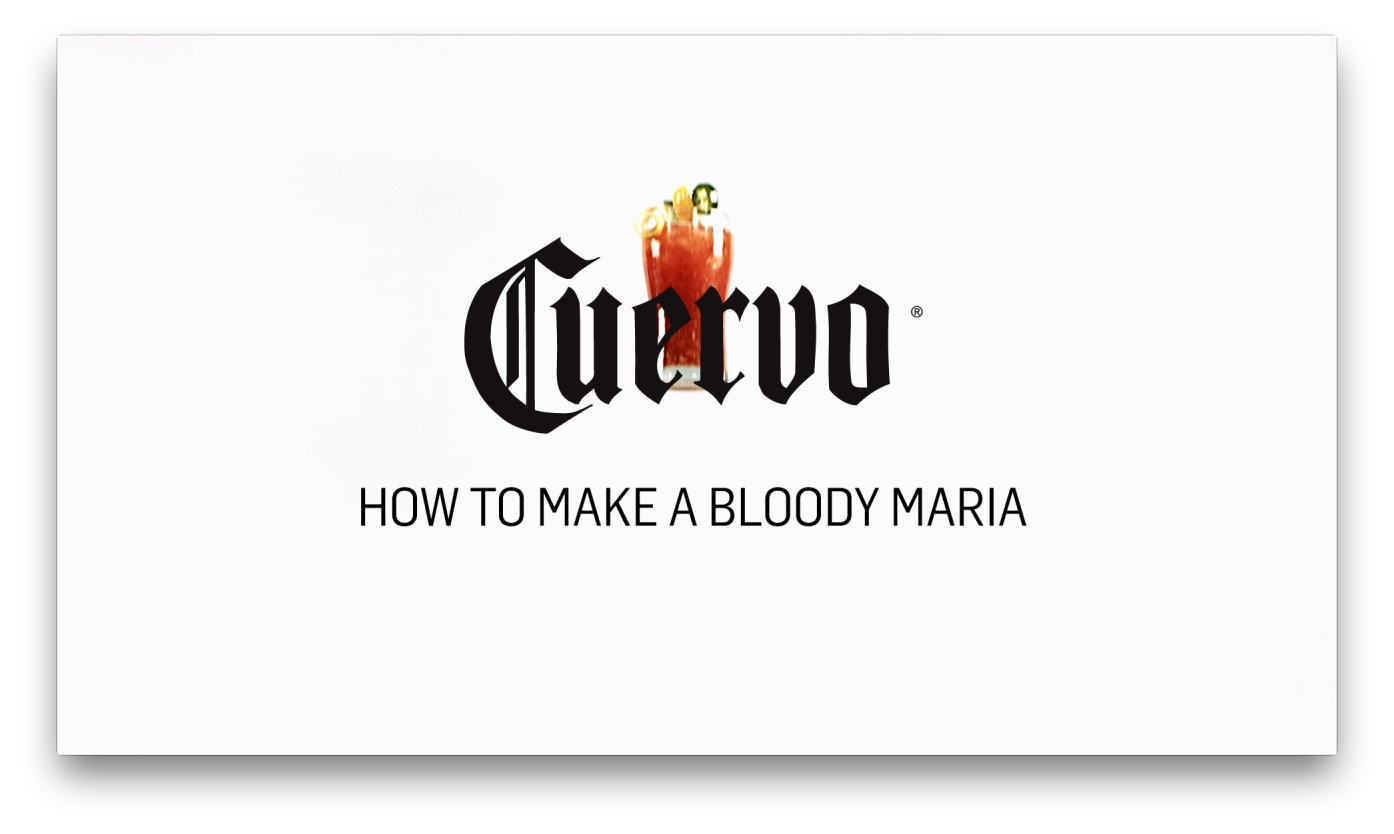 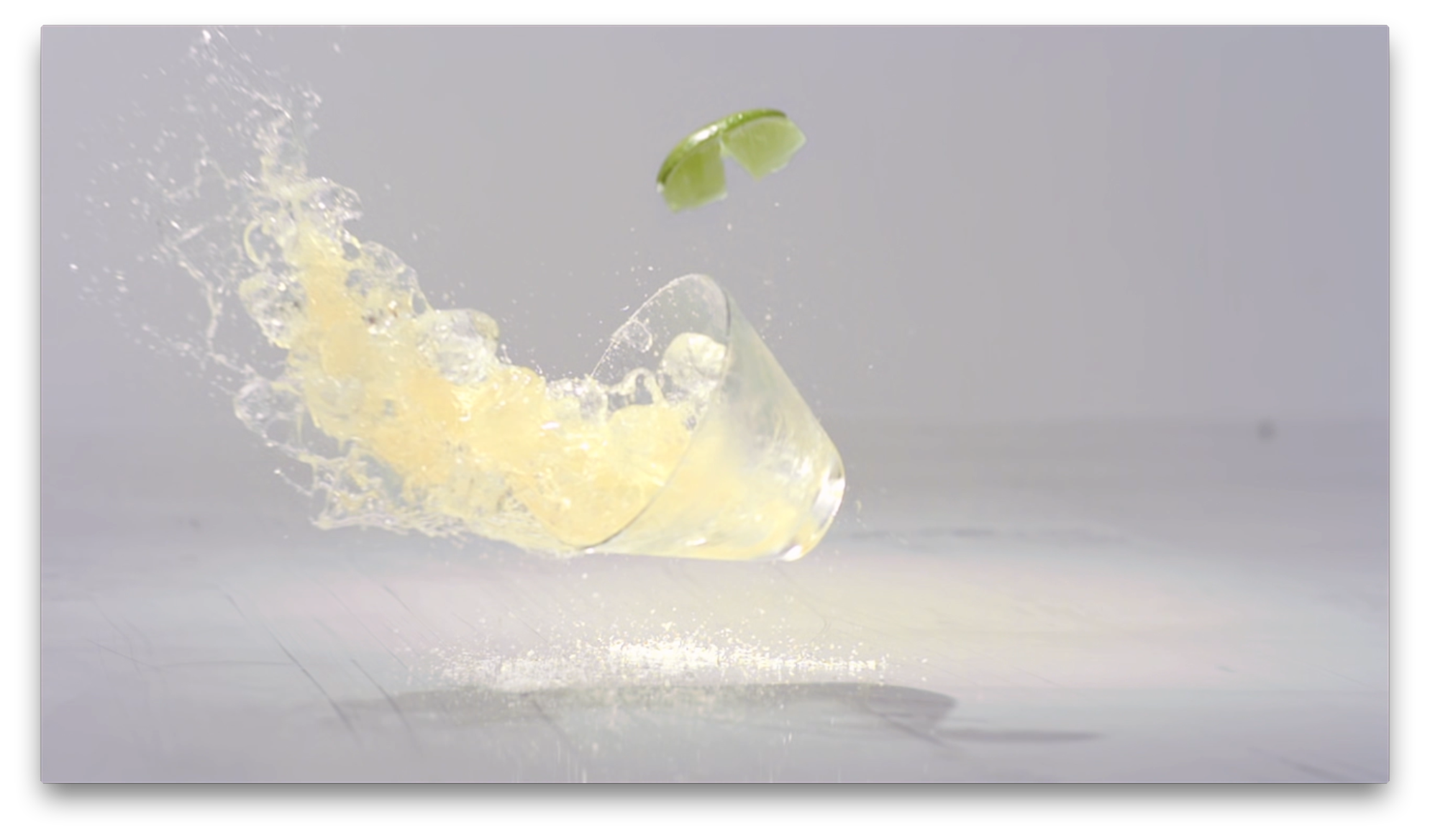 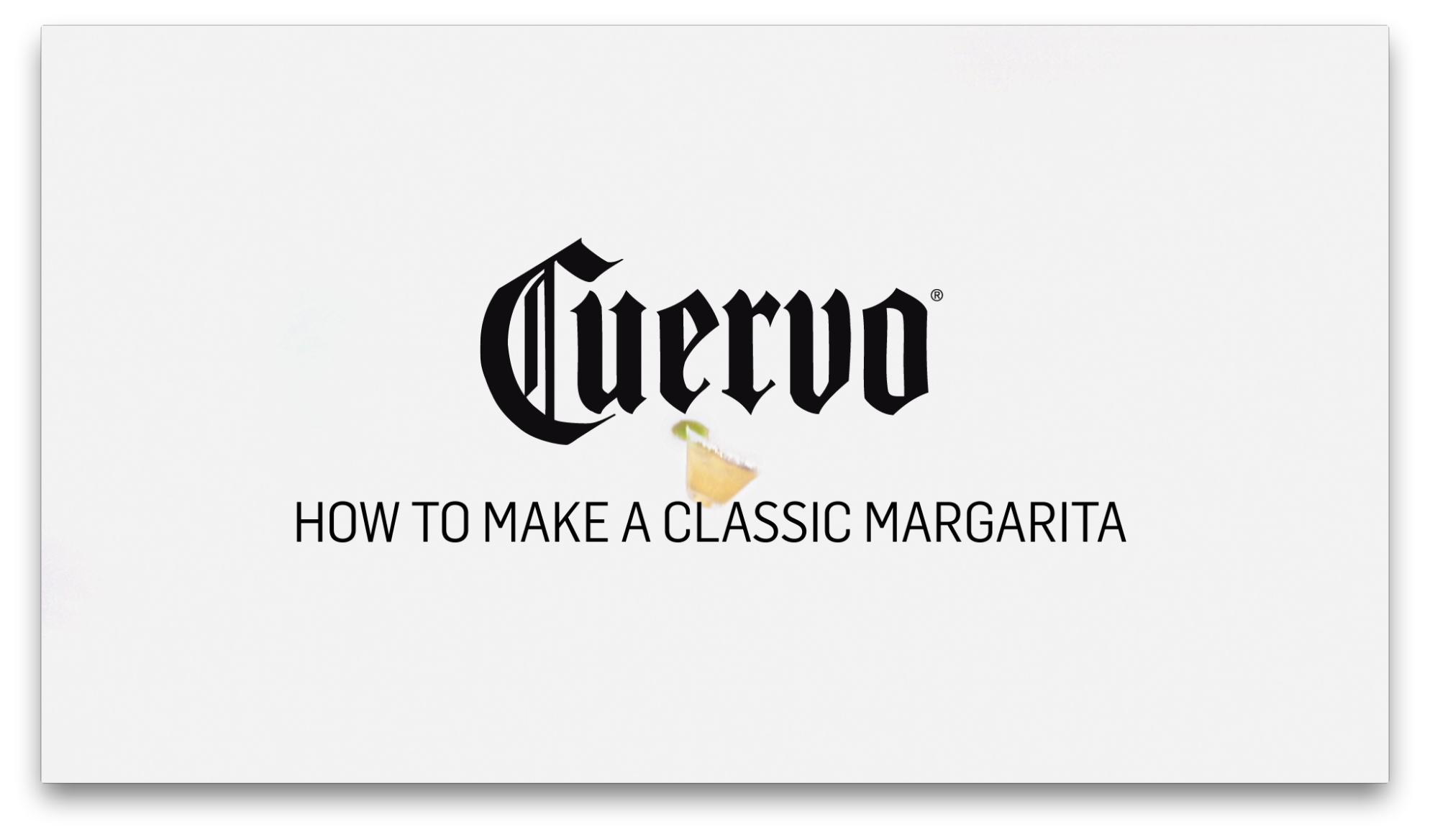 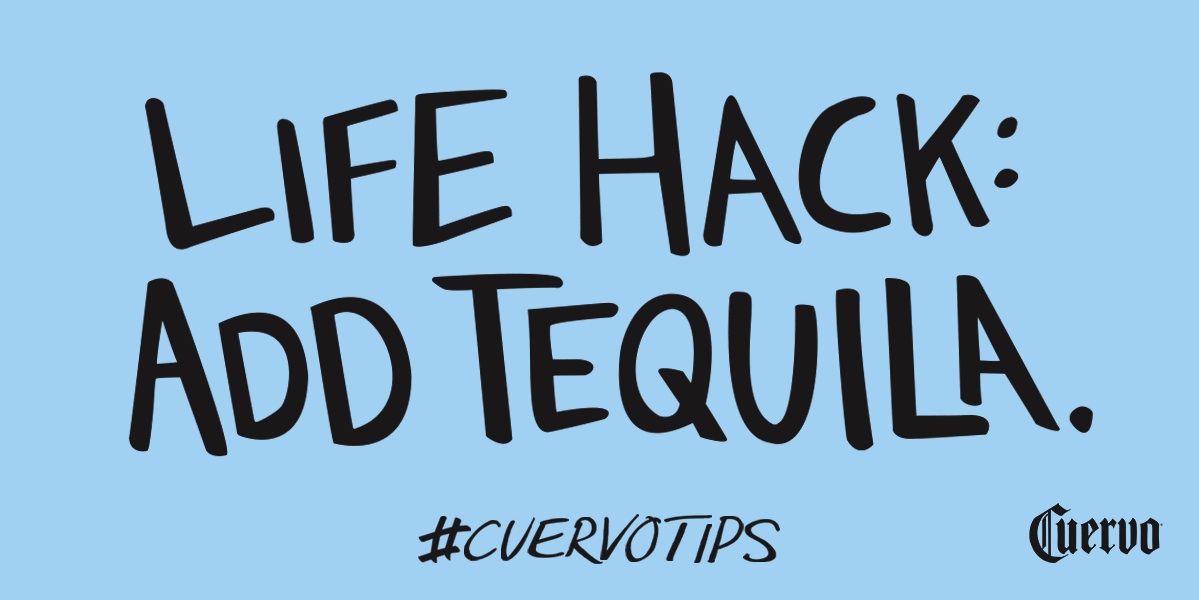 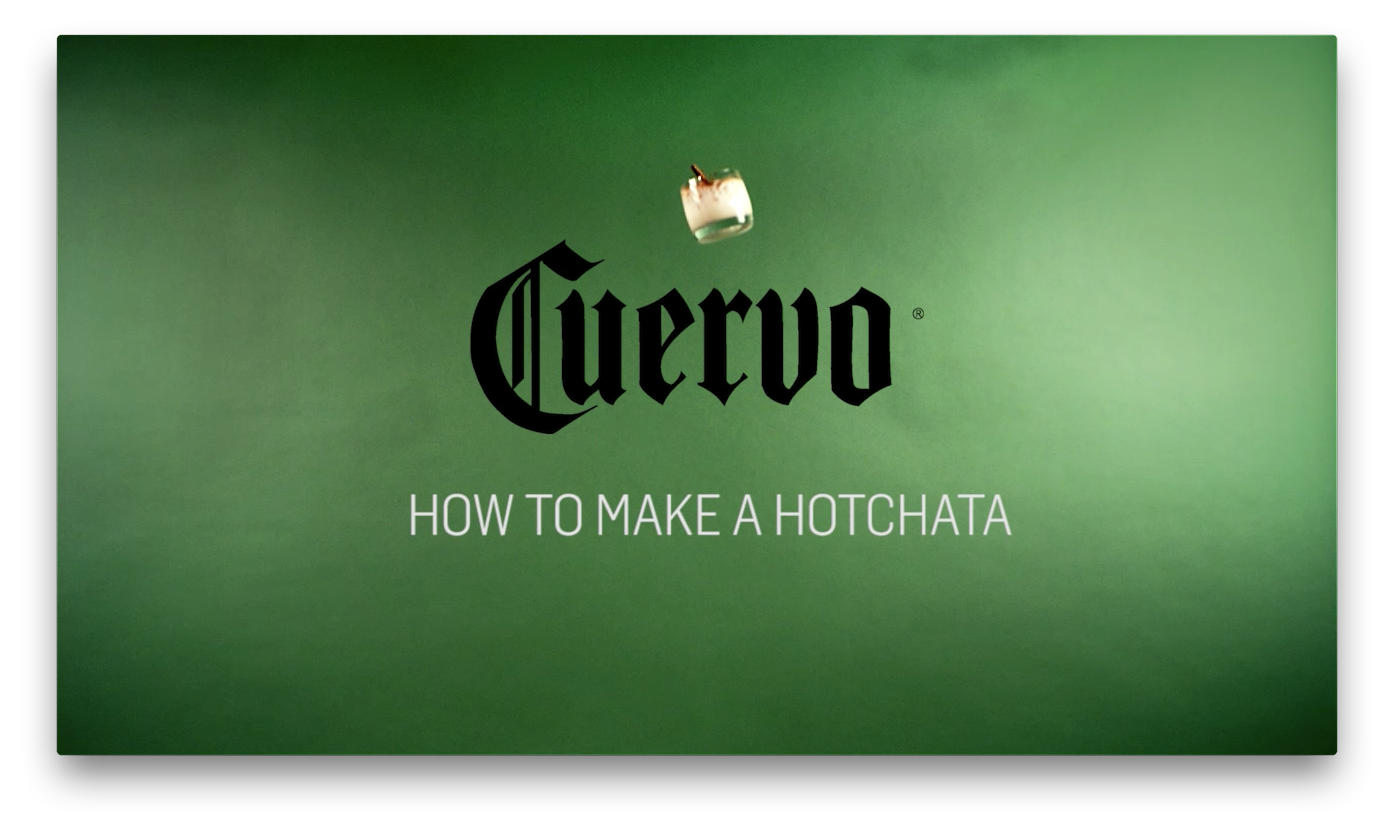 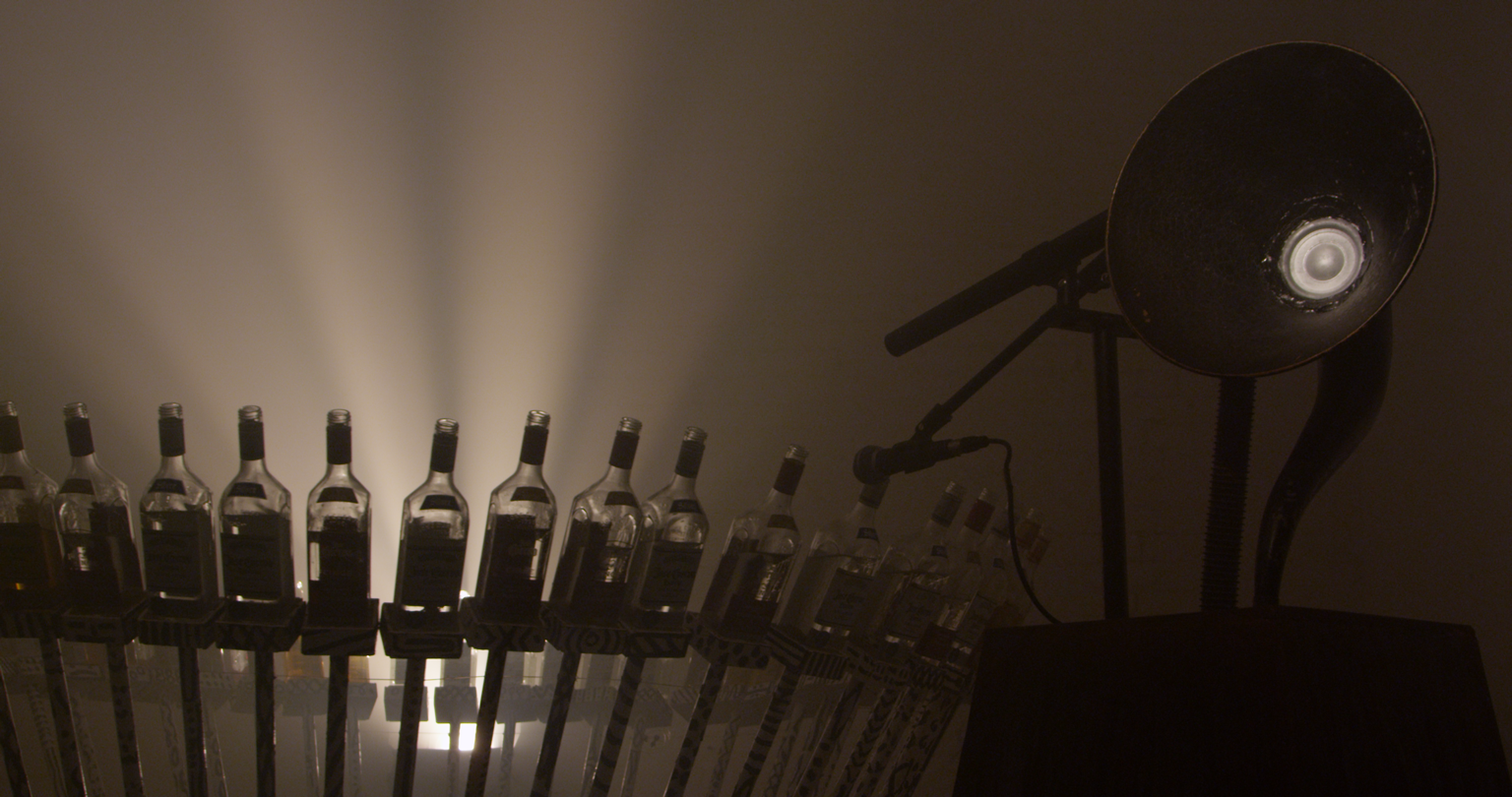 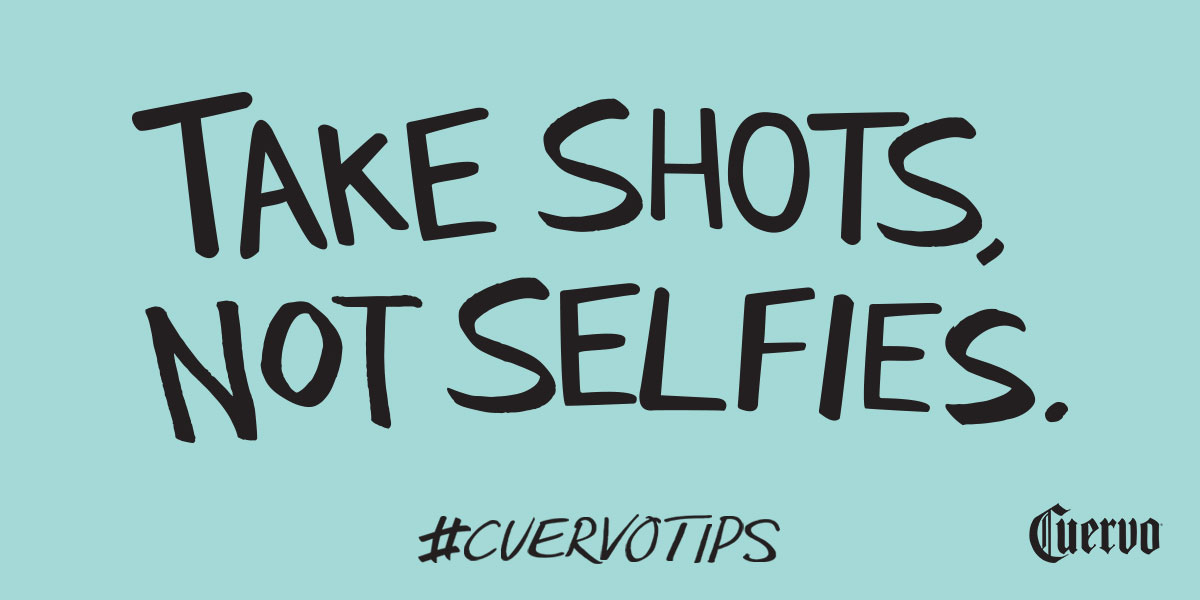 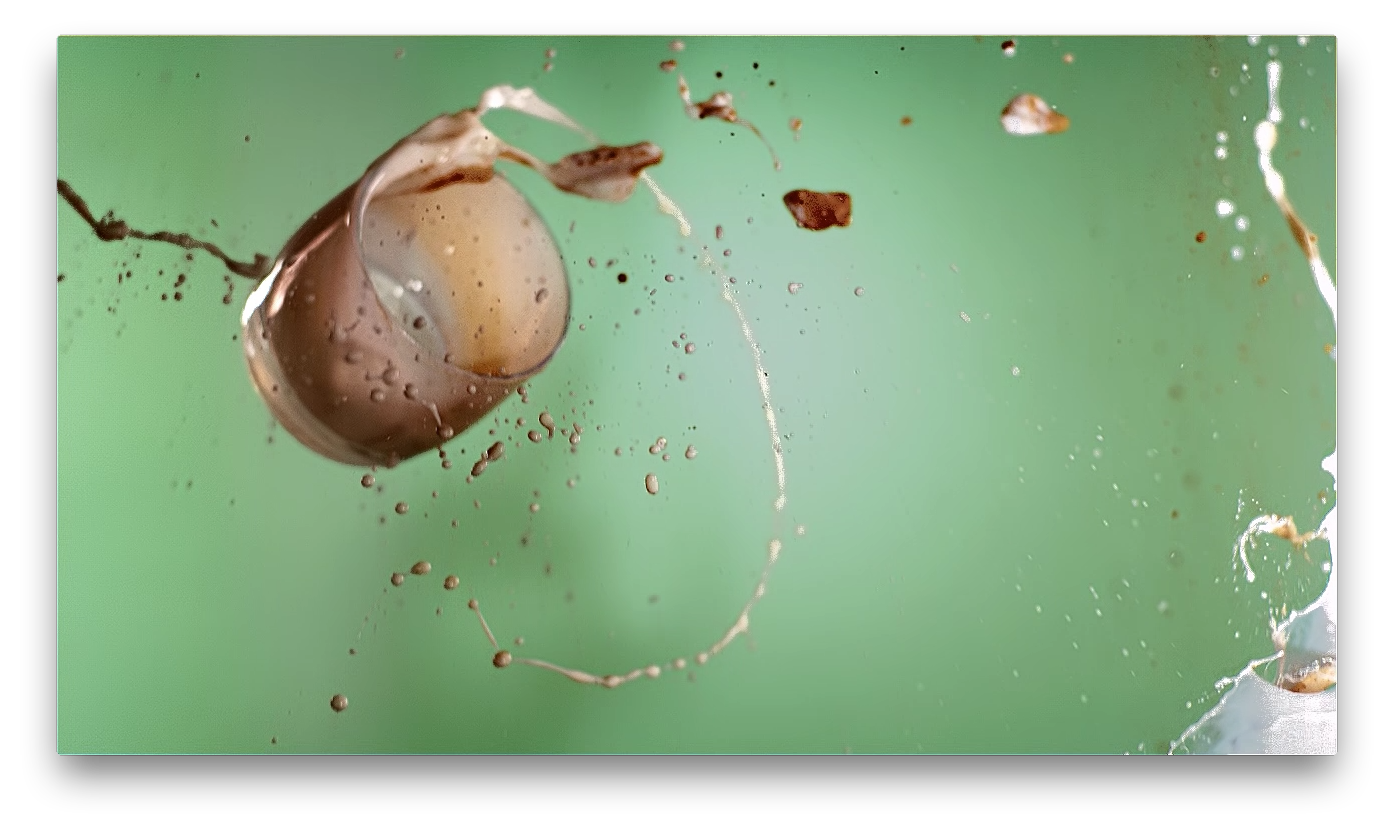 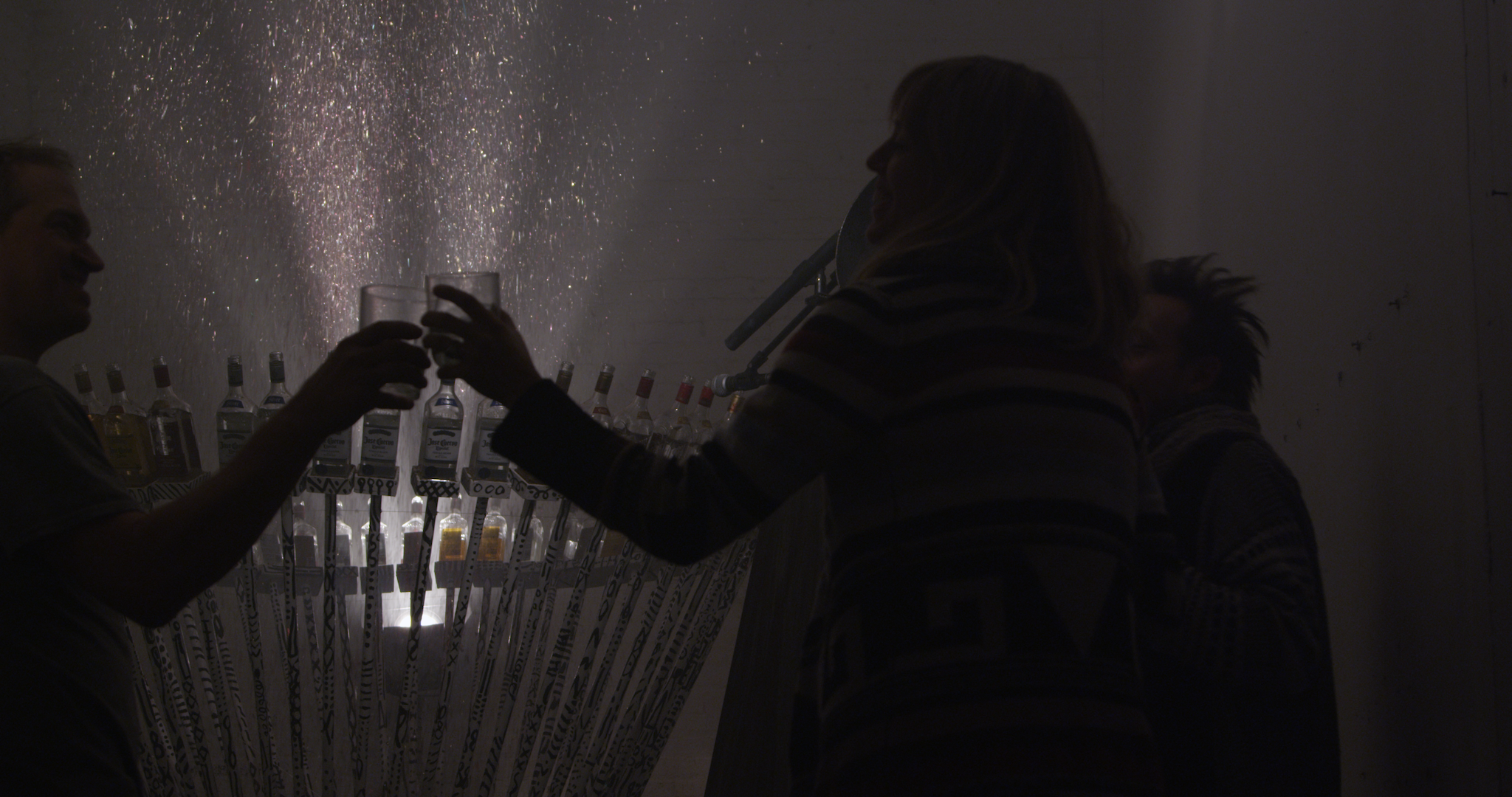 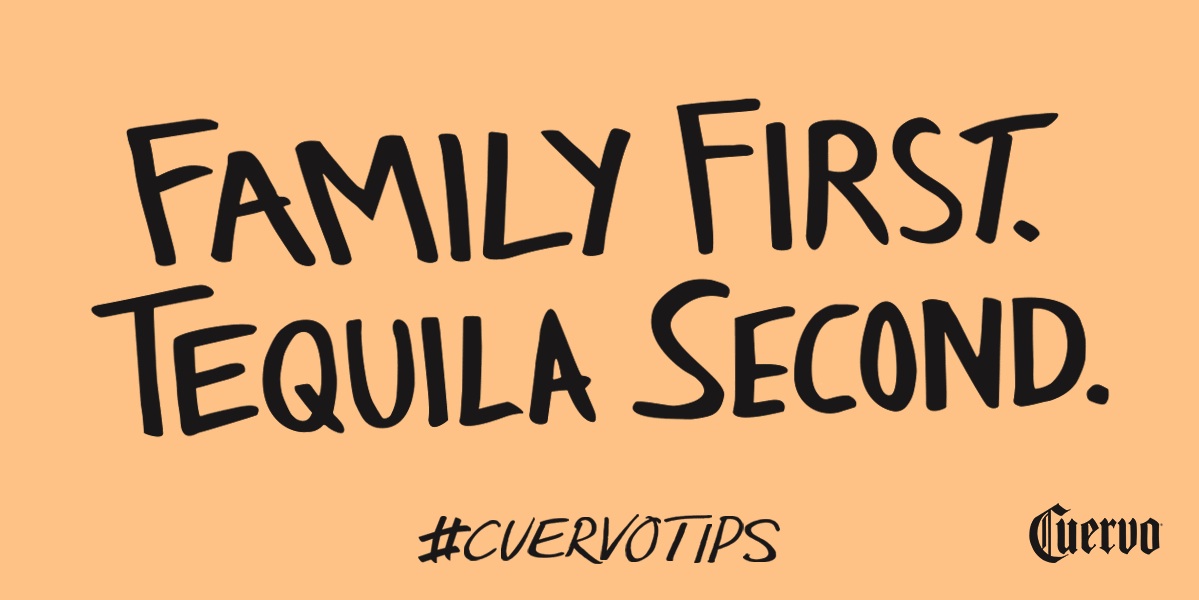