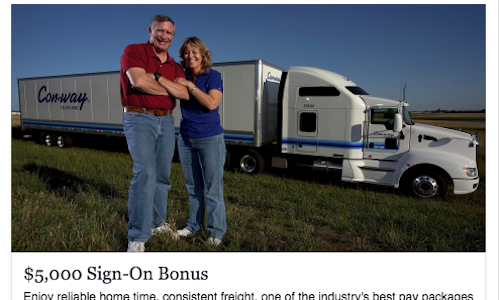 The trucking industry is in the middle of a significant driver shortage and given the prevailing negative perceptions of truck driving as a career, carriers like Con-way Truckload (CTL) need to continually find innovative ways to attract and retain qualified, professional and safe drivers for their fleet. Recent studies conducted by the trucking industry show that Facebook is the top social outlet used by current trucks drivers and with increasing digital 'noise' from every other carrier in the industry vying for drivers, CTL needed to bolster its effort to develop better connections and driver ROI using Facebook.

While CTL maintained a Facebook presence for several years, in 2014, the company decided to more fully utilize it as a recruitment tool, dedicating more resources for strategic planning, content development and advertising. The objective was to raise awareness and build CTL's brand image as a desirable carrier to work for by increasing the company's audience and engagement within the Facebook platform, driving calls to their in-house recruiters to increase applications and ultimately hiring drivers.

Through the use of an aggressive, daily posting schedule and content calendar, monthly live chats and a never before used Facebook advertising initiative started in Q3 (using both PPC and boosted post options), CTL was able to realize nearly 300 calls to recruiters, 50 applications and seven hires, making Facebook one the company's most cost-efficient recruitment tools.

In 2014 CTL hosted seven live chats within the Facebook platform where current and prospective drivers could ask questions and talk with CTL recruiters. The first chat attracted only six attendees, but by the end of the year the company averaged 40+ per chat, totalling 172 attendees over the course of the year. Introducing guest hosts from various departments who interact with drivers aided with chat engagement, provoking more personal interactions.

With an eye on industry news and trends, CTL sought to post the most mutually beneficial content available. In one instance, after hearing of another carrier that was shutting down and leaving drivers potentially stranded on the road, CTL offered to provide transportation and new jobs to these drivers with a simple status update:

CTL also used Facebook to communicate its culture and programs that appeal to drivers, including a pay increase and charitable involvement with non-profit organizations like Wreaths Across America and its annual shopping spree for the Salvation Army.

This campaign deserves to win a Shorty Award because of its success in meeting defined client objectives and exceeding expectations from a hiring perspective. Given the current state of the industry, being able to cut through the noise of heavy competition is no easy task. Converting prospects into hires in a market with fierce competition from other carriers and career options, combined with increasing regulations that make driving more logistically challenging consistently proves to be a top concern among truckload carriers nationwide, but CTL is able successfully integrate Facebook as part of its marketing mix to hire drivers and the company continues to grow its use of the outlet with broader and campaigns planned in 2015 including video series and contest campaigns. 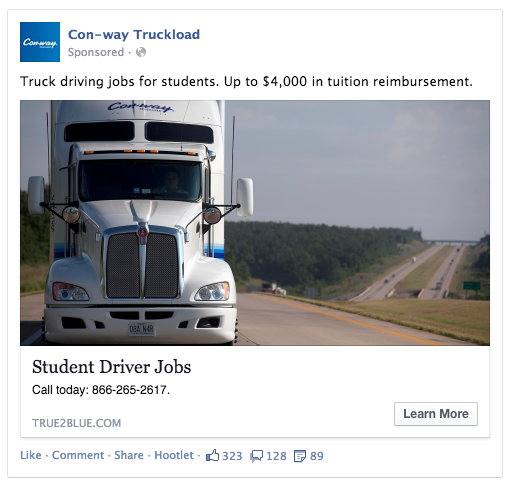 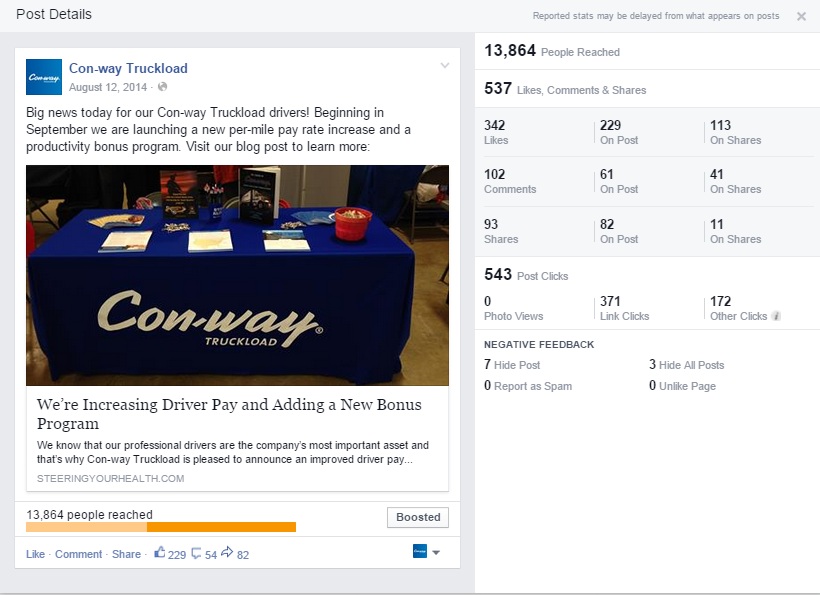 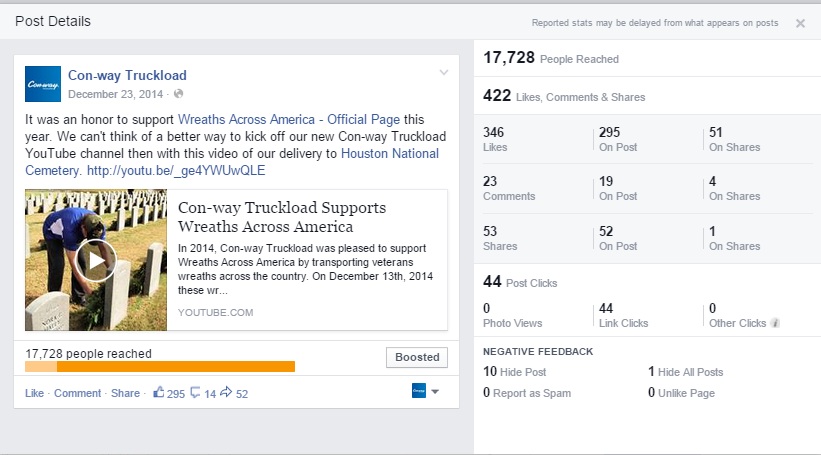 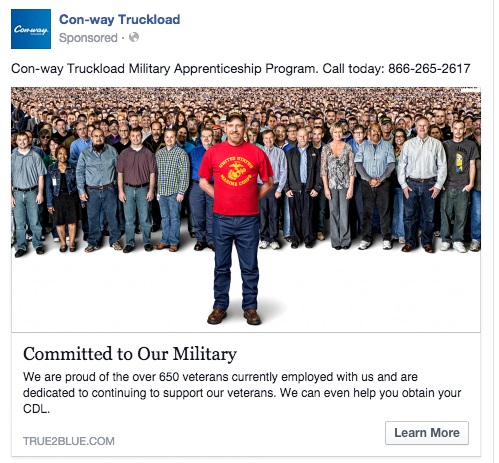 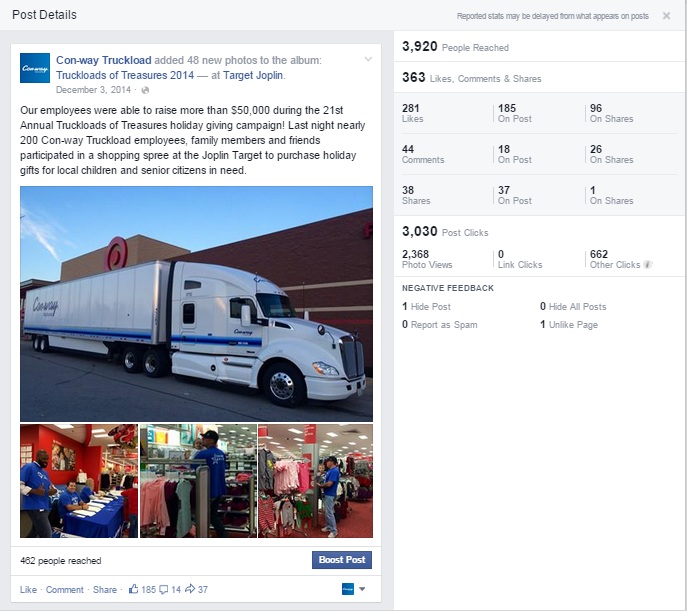 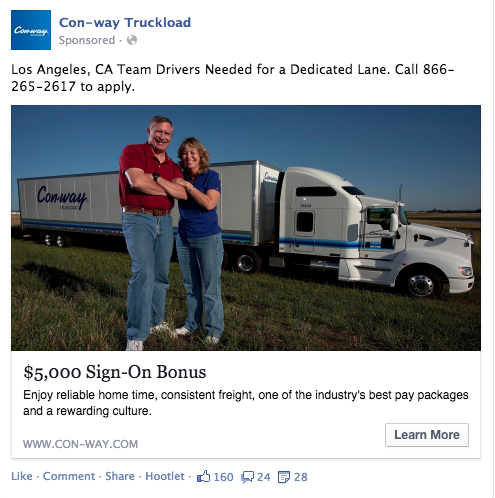 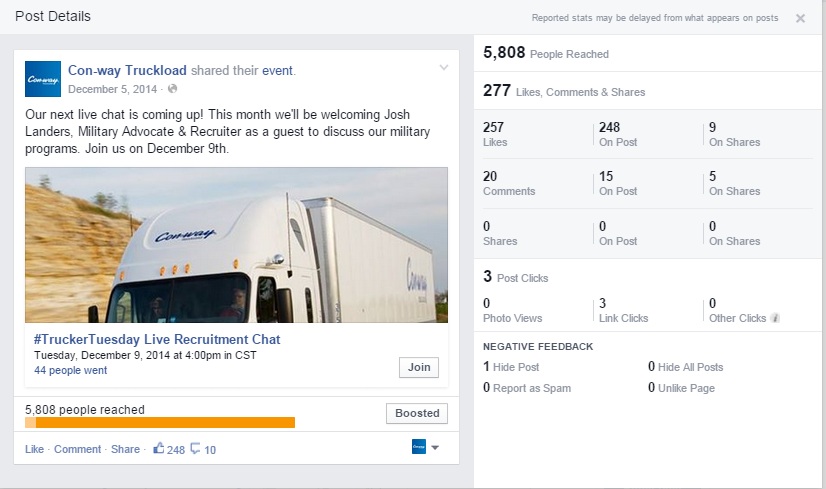