Last year Burt's Bees hit its 30th anniversary. This would have been a major milestone for any personal care company, but it was particularly important for a brand like Burt's Bees, which had practically pioneered the natural personal care category three decades ago. In order to commemorate this occasion and showcase brand affinity, Burt's Bees decided to throw a global celebration for the company's 30th birthday.

By tapping into their global network of fans and followers on social media, Burt's Bees created a live, world-wide event that paid homage to the creatures who made those 30 years possible: the bees. The integrated one-day event was amplified across Burt's Bees' brand channels and enabled fans from all over the world to take part.

Despite being one of the most beloved and recognizable personal care brands today, Burt's Bees came from humble roots. So it only seemed fitting that Burt's BeeDay should take place back where it all started: on a quiet parcel of land, way out in rural Parkman, Maine, the home of a handful of beehives and the real Burt himself. It felt perfect, except for one little problem: there was no way to celebrate with the millions of fans that Burt's Bees has attracted over the past thirty years. So we decided to launch the first-ever, hour-long global variety show/ birthday bash.

The live digital broadcast from Maine featured a musical performance, bee trivia, and behind-the-scenes footage with the real Burt. Fans from as near as Bangor, Maine and as far away as Berlin, Germany began sending in birthday wishes via Twitter or Facebook, as Burt read their submissions live on-air to the bees. Viewers also got some sideshow entertainment as they tuned in to the event online—Burt provided a crash course in beekeeping and received a crash course in social media.

More importantly, Burt's Bees was able to bring millions of fans from around the world back to where it all started. And they certainly swarmed. Fans submitted cards, cartoons, even homemade birthday cakes. In just one day, Burt's Bees had grown its Twitter followers by 40% and the Burt's BeeDay hashtag exceeded 12 million impressions. One PR outlet went so far as to say, "this is how you celebrate a milestone." 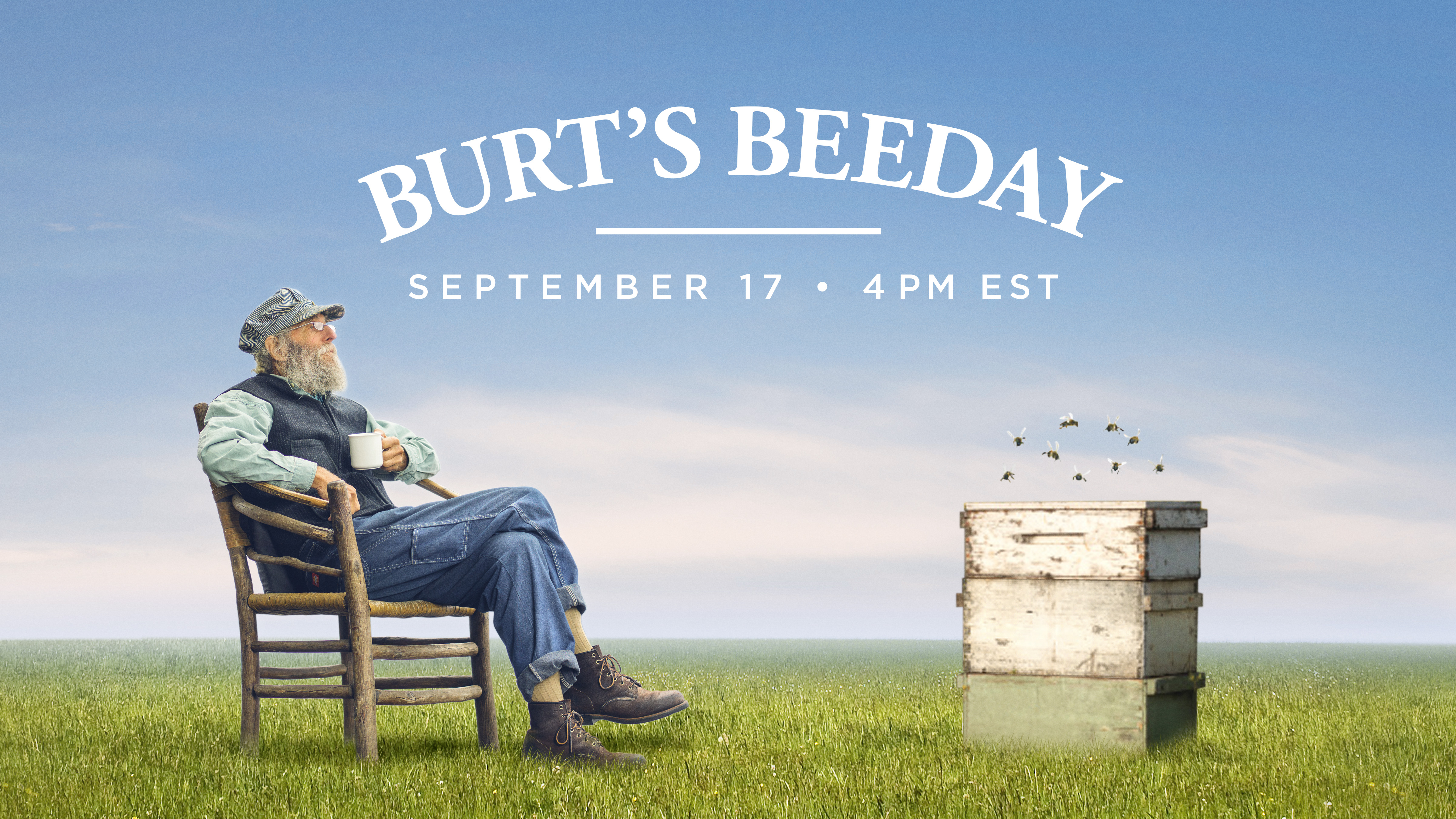