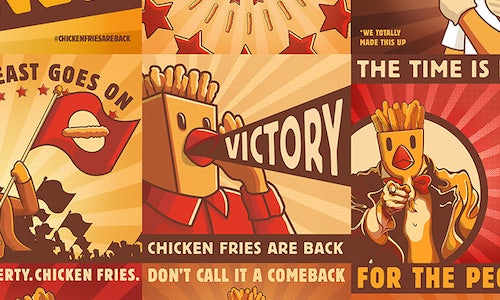 Burger King "Chicken Fries are Back"

Burger King had pioneered fast food customization with its "Have it Your Way" slogan, but in early 2014, it found itself in a competitive market. Attracting the millennial attention—and finding creative ways to accommodate their new behaviors, tastes and routines—wasn't easy.

To get more teens and young millennials in the door, we needed to get them excited about the brand again, and give them a reason to go.

By January 2014, we noticed a unique trend happening in social: Millennials cried out for a Burger King product that was discontinued nearly two years prior: Chicken Fries.

Our solution was to bring them back with a massive digital-first launch, and give our fans all the credit for their return.

The #ChickenFriesAreBack campaign ignited an Internet frenzy, got millennials in the door, and helped Burger King sales jump in the U.S. and Canada by the biggest amount in two years.

Rarely does a brand pivot its product pipeline based on a data point uncovered through social listening. Traditionally, the Quick Service Restaurant category often has a 6-12 month product innovation timeline. With the return of Chicken Fries, we were able to go from insight to delivery in just a few months.

The communication strategy for the #ChickenFriesAreBack campaign itself created tremendous business value by shifting perception. In fact, in a YouGov survey of millennials conducted following the campaign, perceptions of Burger King increased 44 percent during the first 2 weeks of the campaign, while McDonald's and Wendy's dropped 84 percent and 28 percent, respectively during the same period.

Burger King's #ChickenFriesAreBack campaign deserves to win a Shorty Award, as it helped Burger King get millennials back in the door, changed millennial perception, and helped sales skyrocket.

• E! News – Burger King Brought Back Chicken Fries and Everyone Is Freaking the Hell Out 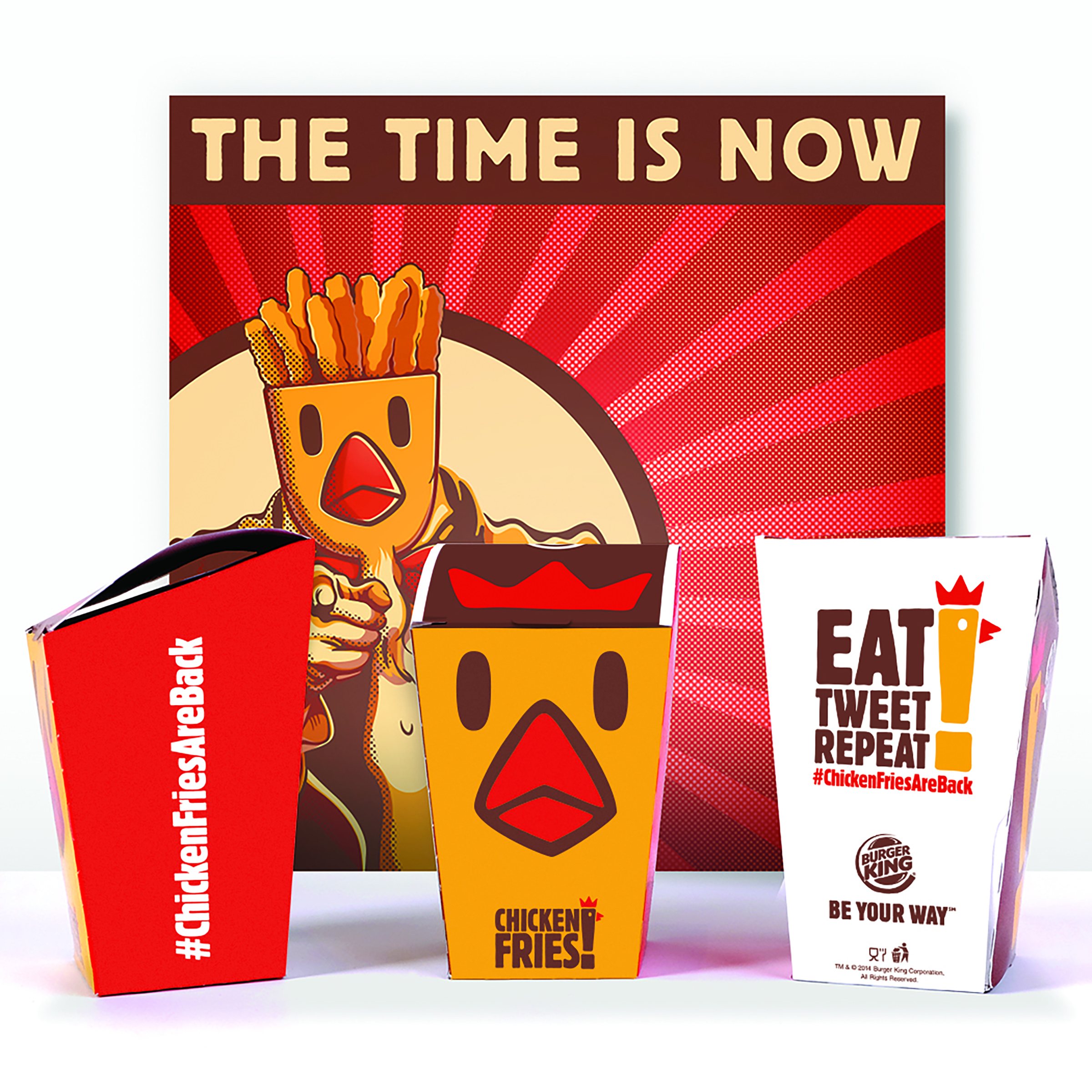 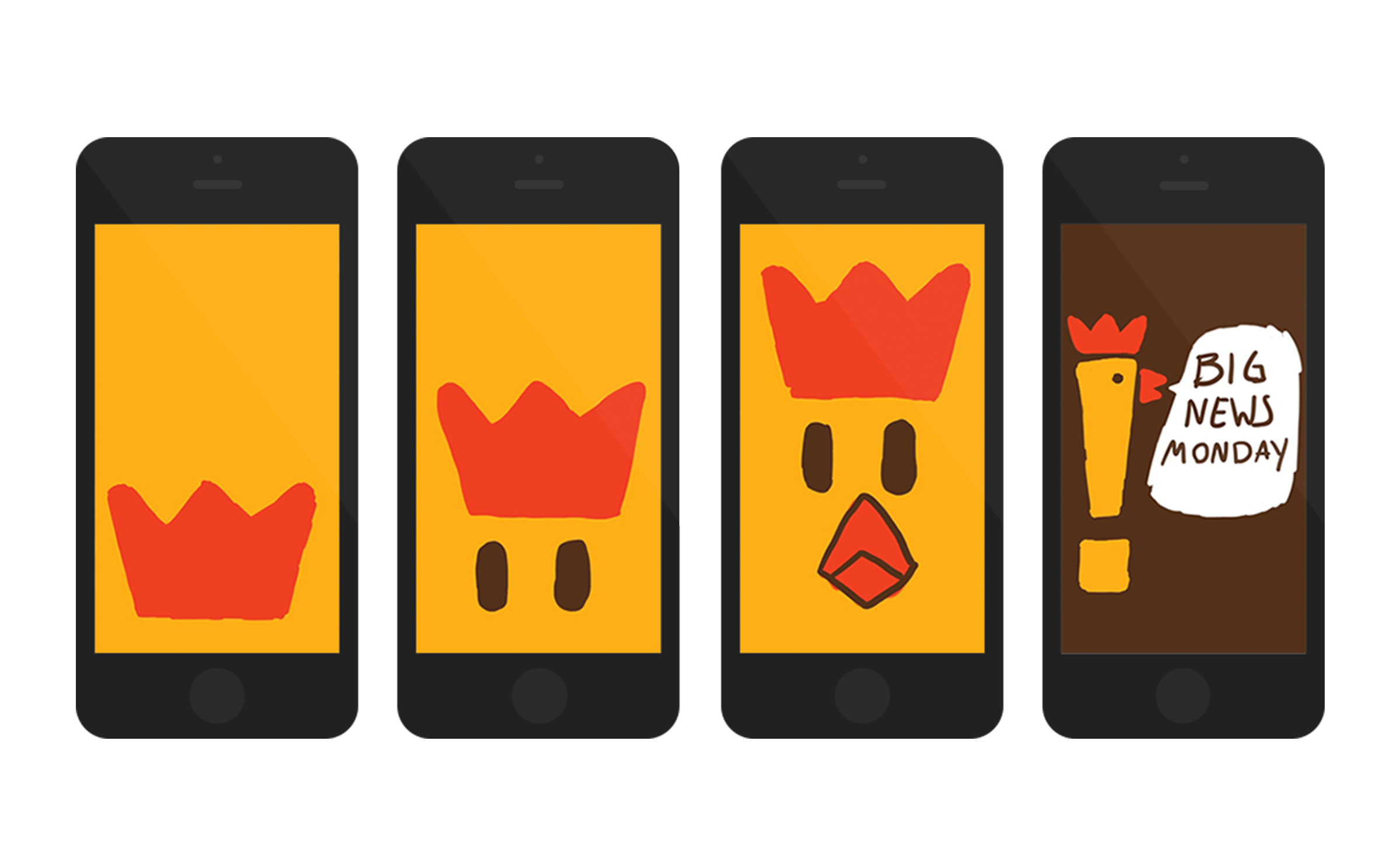 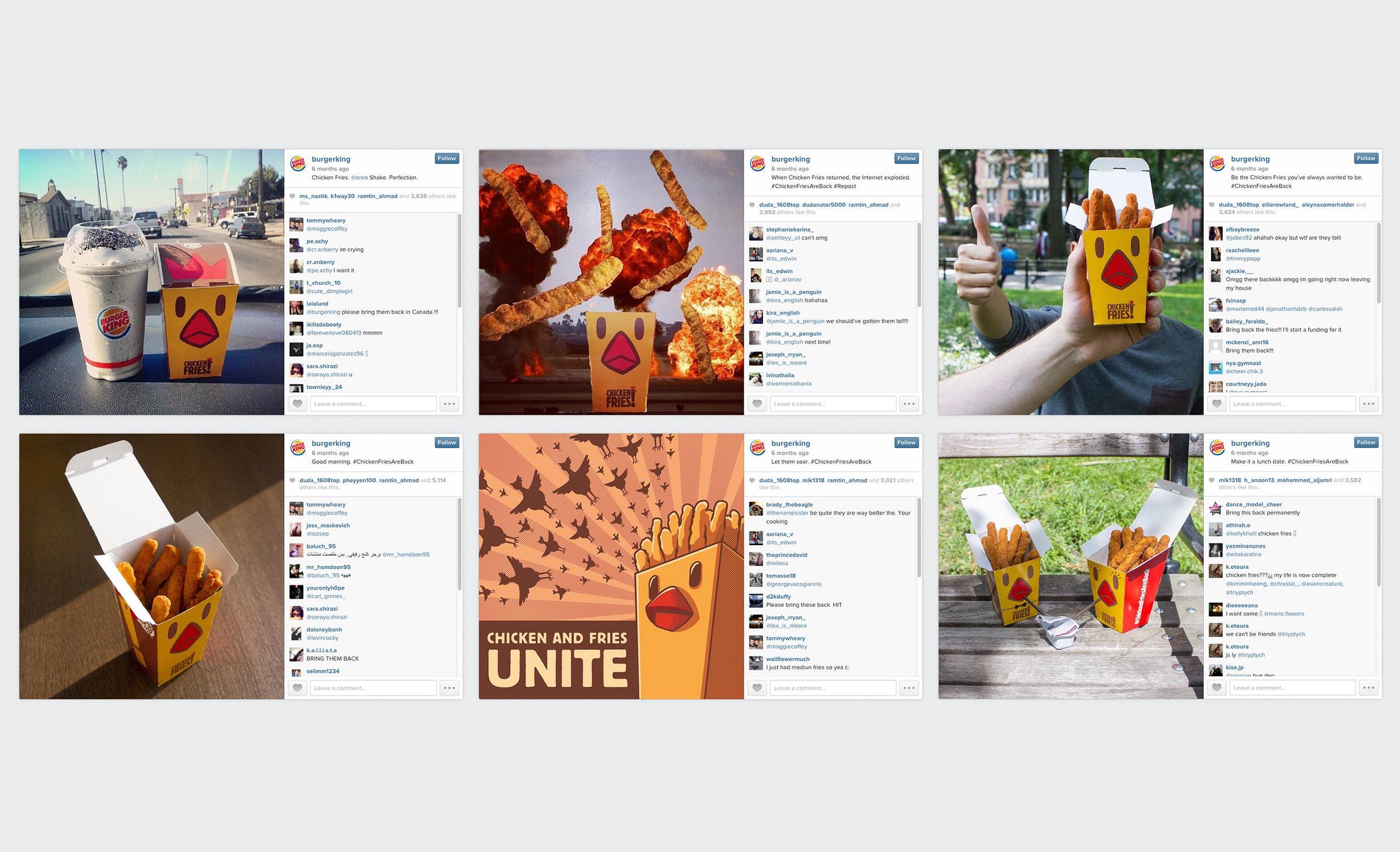 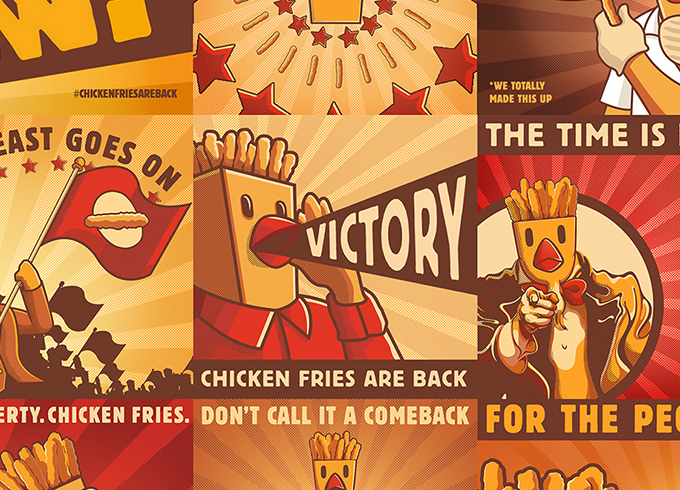 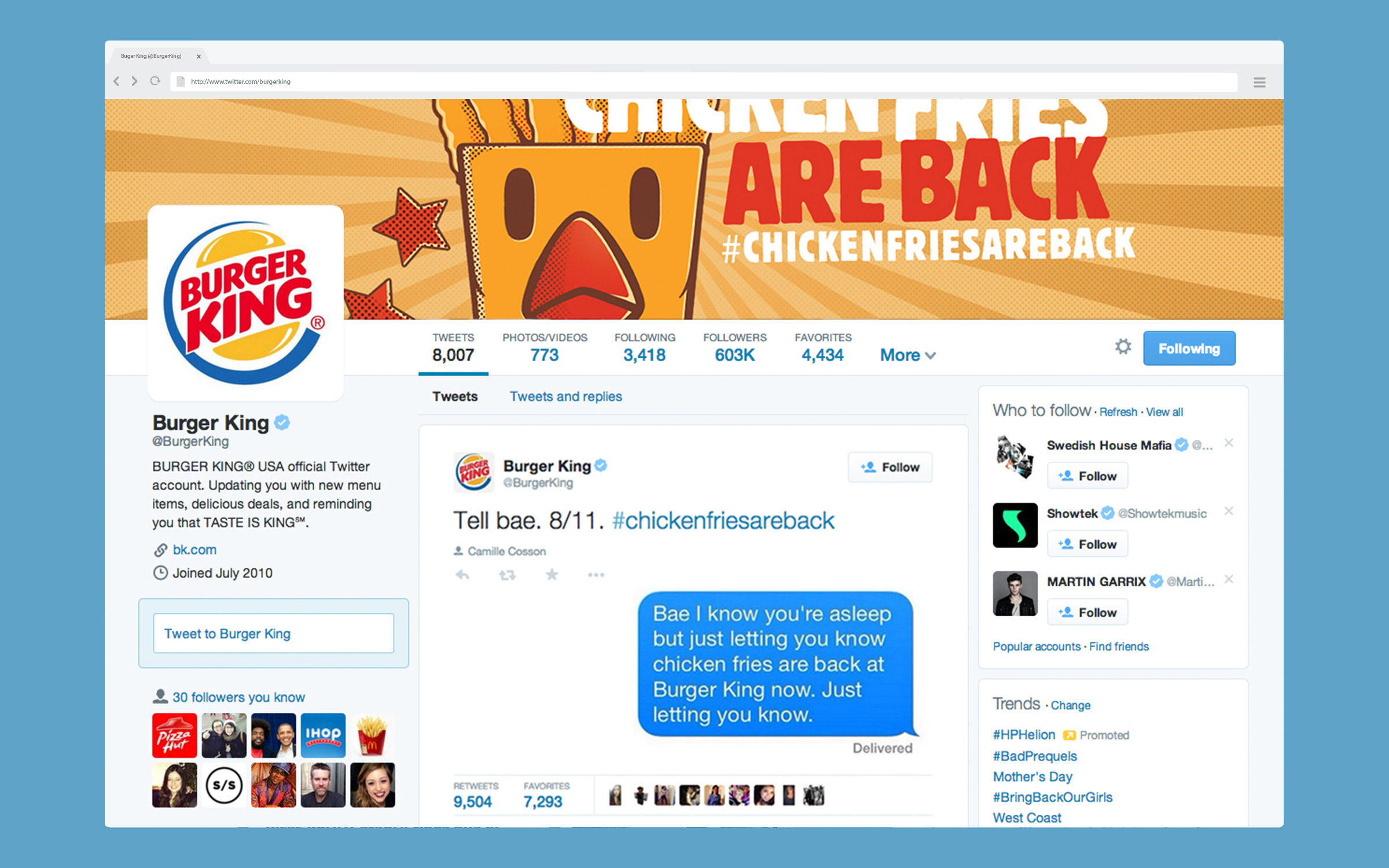 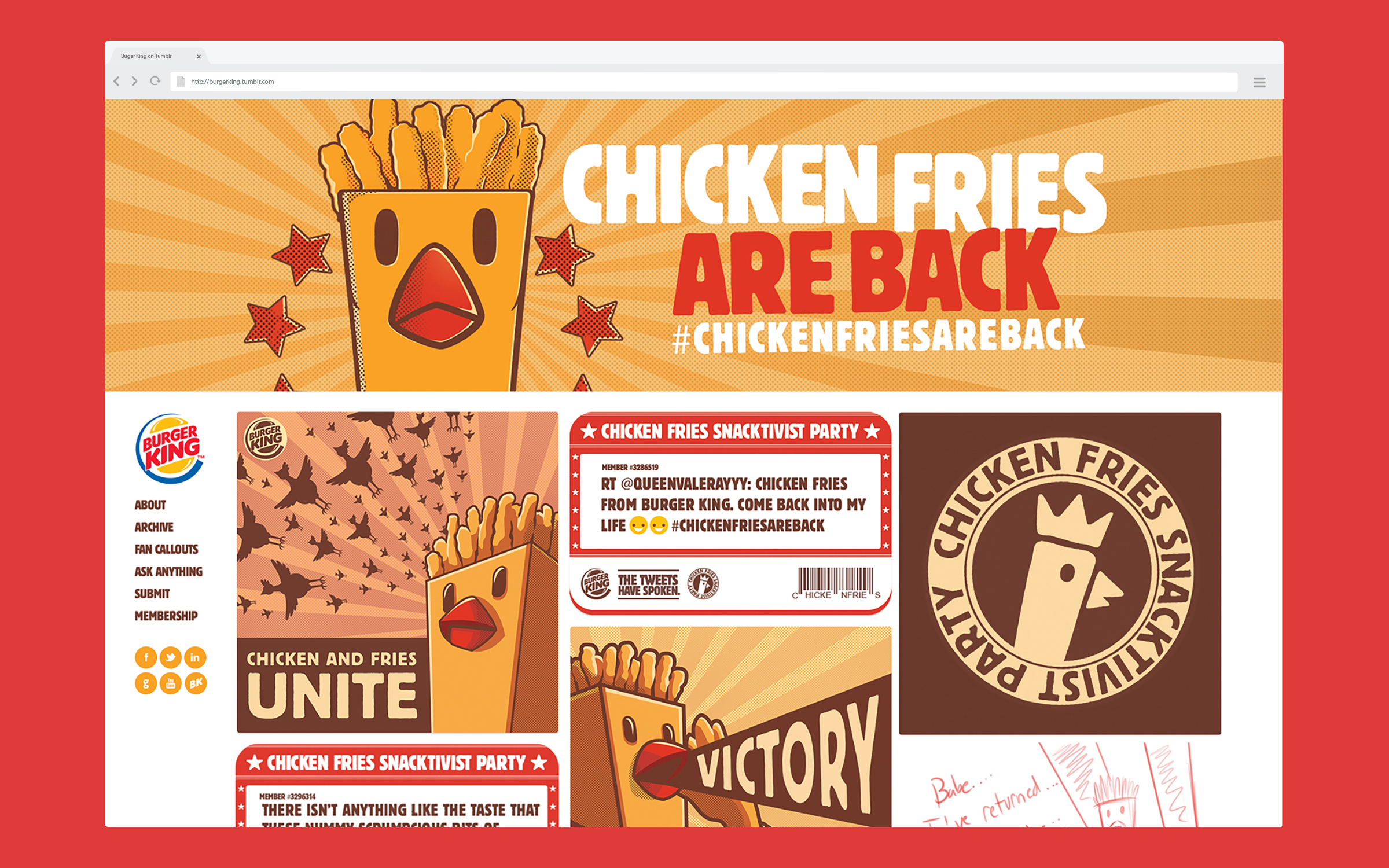 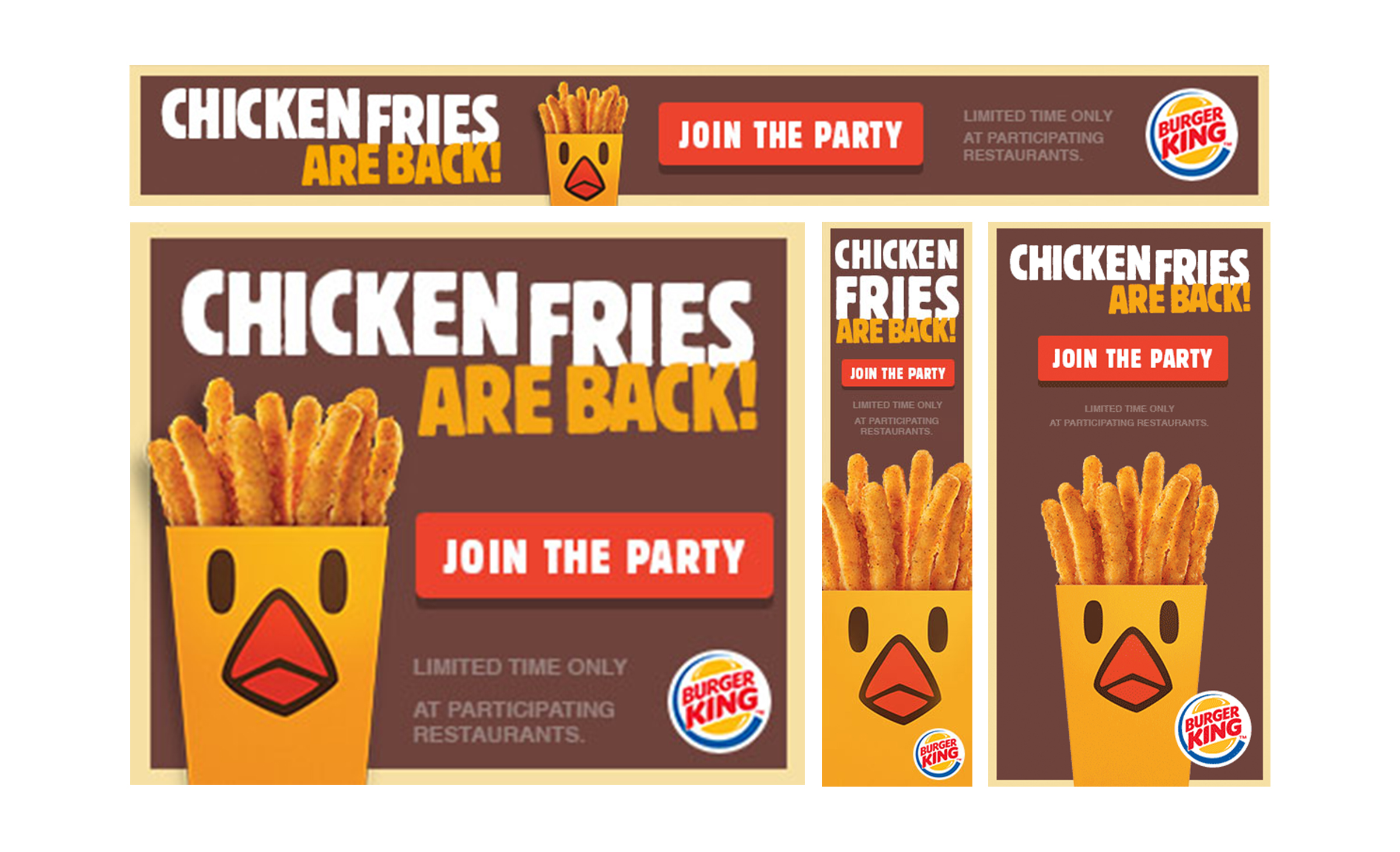 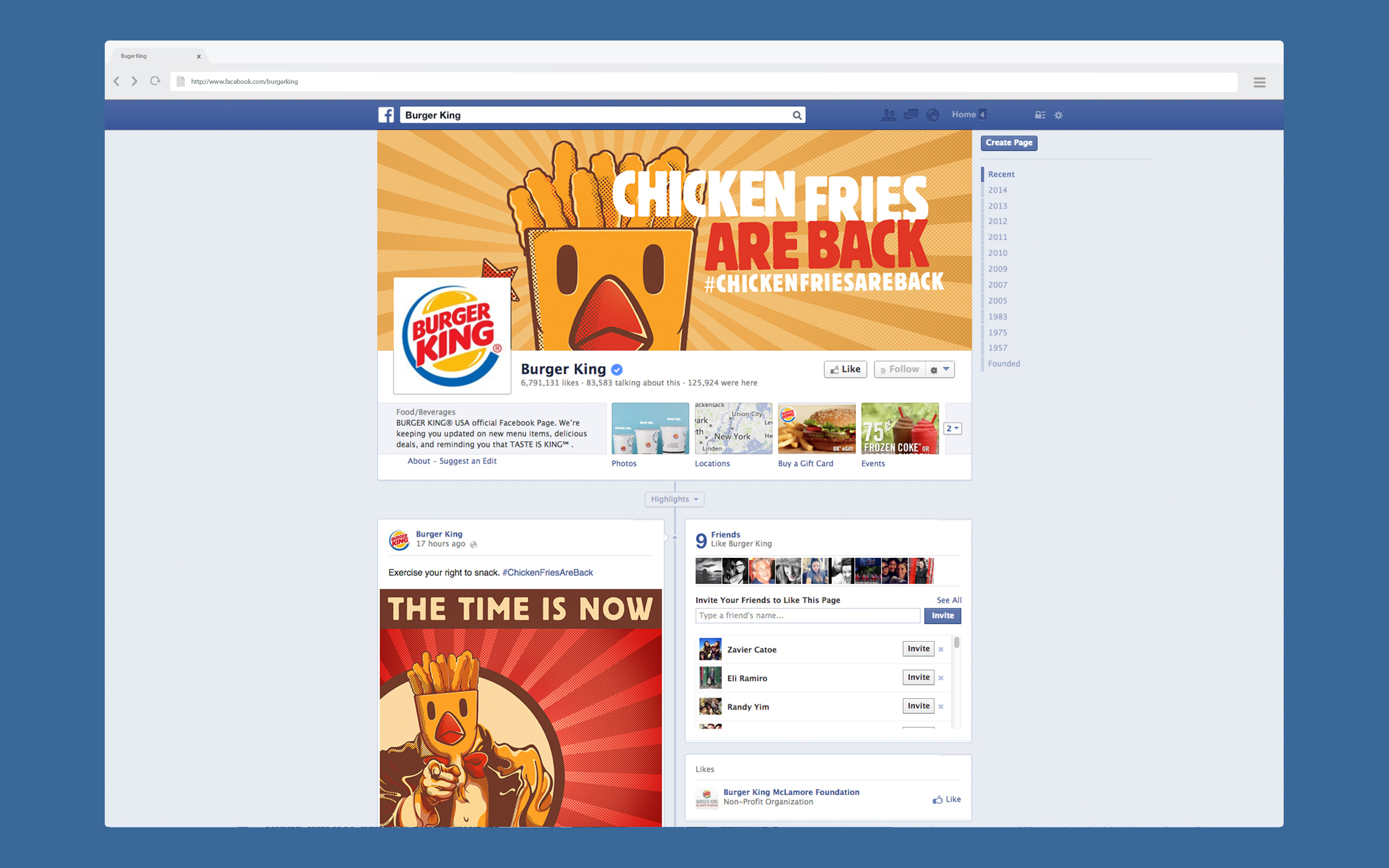 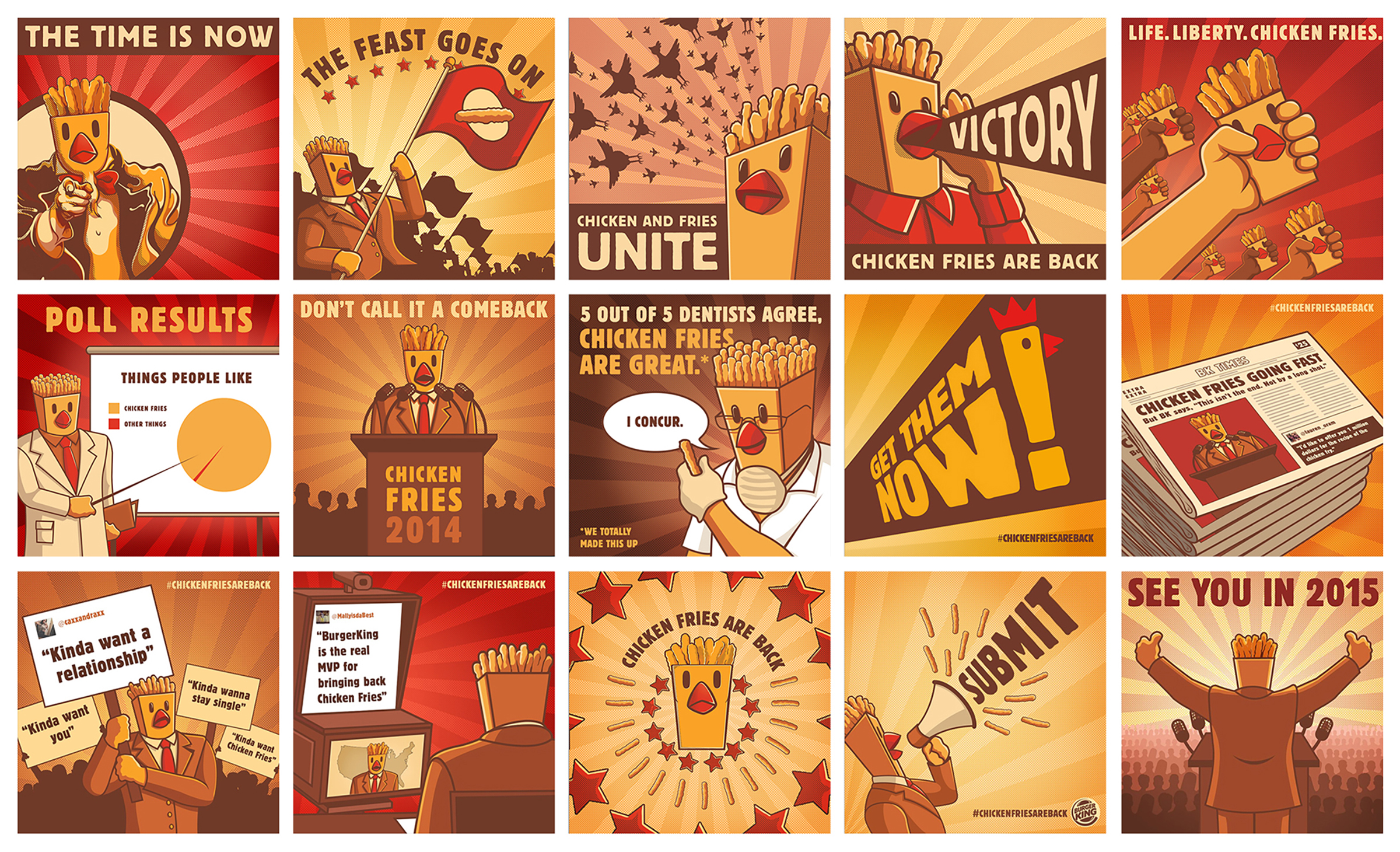