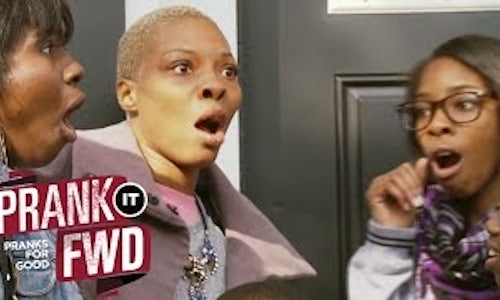 Break.com, masters of internet pranks, decided to do things differently in 2014. In April and November, they launched a series of "pranks for good" - pranking people in need and surprising them with a positive outcome. The objective was to garner as many video views and as much social engagement as possible, since Break promised to donate $1 to DoSomething.org for every 1,000 views of its pranks along with $1 for every hashtag mention of #PrankitFWD. To achieve this, Break teamed up with other brands in the Defy Media network (including YouTube channels Smosh and Screen Junkies), as well as YouTube influencers such as Greg Benson, Tom Mabe, LAHWF, JStu Studios, Stuart Edge, Jack Vale and more. Break also launched a public stunt on 11/24, distributing thousands of fake parking tickets in LA, Chicago and New York that contained $1 and a message about Prank it FWD. Break's Prank it FWD program in 2014 was very successful, driving nearly 50 million total video views, almost half a million social engagements, and donating $50,000 to DoSomething.org to help raise awareness for homelessness and poverty during the holidays.

Prank it FWD deserves to win Best Social Good Campaign because it is the first time a comedy website (Break.com) has used its talent, resources and social media reach to make a significant impact and help people in need. The numbers speak for themselves: 100 million people reached on social media; 50 million video views on YouTube and Facebook; more than 400,000 social media engagements across Facebook, Twitter, Instagram and Google Plus; and strong PR coverage with over 550 media placements on local and national outlets including NBC Nightly News, Today Show, Good Morning America, Extra TV, ABC World News, BuzzFeed, People, and more. Furthermore, the fake parking tickets stunt Break pulled on 11/24 - otherwise known as "Park it FWD" - generated over 300,000 social media impressions as a result of hundreds of people posting their parking tickets to social media with #PrankitFWD to raise $1 for DoSomething.org. In total, over $50,000 was raised for the nonprofit organization this year.

The Prank it FWD movement has inspired thousands of people to do the same thing for people they know - as of 12/11 there have been 15,000 user submissions on PrankitFWD.com by people who know someone who deserves a Prank it FWD. 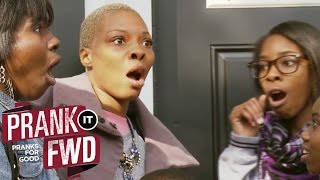 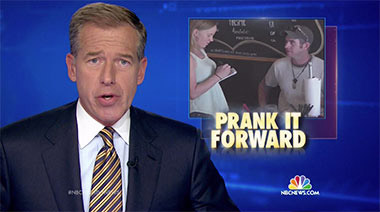 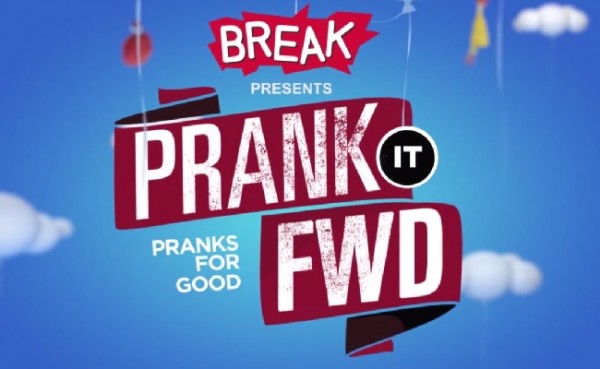 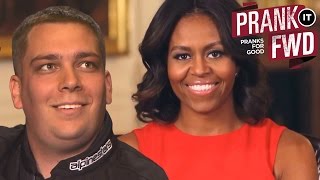 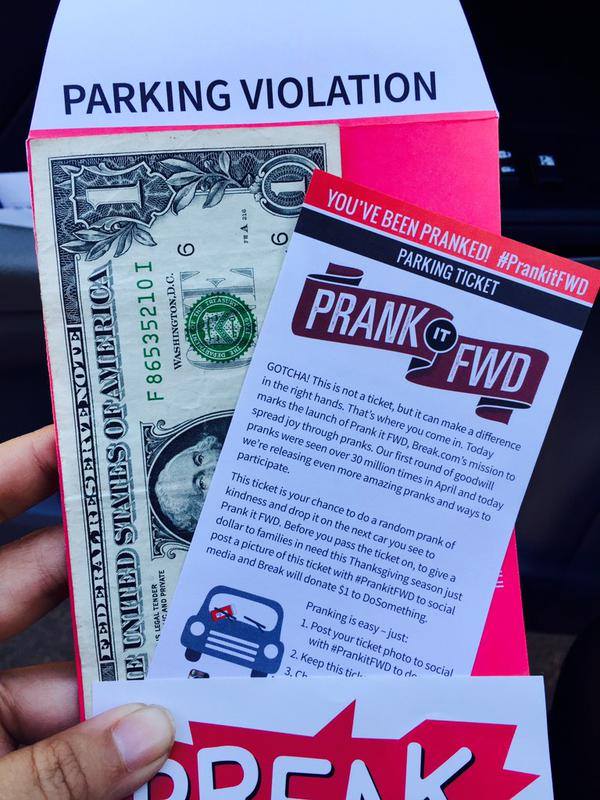