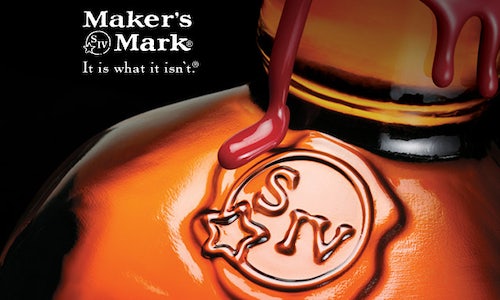 Bourbon is the New Black

You know the iconic red wax. Get to know the taste. Being an established brand in the category makes for an interesting dichotomy: our objective was to balance both the need to reach new fans while ensuring we didn't ostracize our wonderfully passionate existing fans. Our simple cocktail recipe cards such as the Mint Julep and Strawberry Julep for the Kentucky Derby helped us tap into key moments. But our tongue-in-cheek Maker's on the Rocks recipe card (which clearly doesn't need instructions) gives a tip of the hat to our purist fans who are often not so thrilled to see Maker's mixed up in anything other than a great night.

People are starting to know what bourbon is. With the bourbon boom, there is dabbling and taste investigation. But there are still a lot of unknowns for people. What is bourbon vs. whisky? How do I drink it? Only during fall and winter? We identified consumers' need to know more and then filled it. We utilized social media to help answer these questions for new customers entering the category, and built an affinity for Maker's Mark while doing it.

Through passion points, bourbon education and our handmade heritage, as well as food and cocktail recipes, we have expanded our reach extensively. And as the any-occasion bourbon, we are always here for you.

Kentucky Derby? This Kentucky bourbon will show you the way – from hat-making on Pinterest to a Mint Julep how-to video on YouTube to naming your own fake Derby horse on Reddit. We supplied all the needed advice and fun for the day for both existing Kentucky fans and curious newcomers. And it paid off. While we weren't the paid sponsor of the Derby, we received four times as many mentions as the official bourbon of the Derby and 80% share of voice. We made the most exciting two minutes in sports last for two weeks of refreshing fun.

Bourbon Heritage Month? Yup – that's a real thing. And we were there to not only spread the word, but to teach people about both our heritage and bourbon's. We launched a month-long Celtra quiz, Think you know Bourbon?, to help them "learn to speak bourbon geek" that saw 56% engagement. It was the kind of quiz you would've changed majors for in school. We taught fans about the ABCs of bourbon and they stuck around for 2 minutes (4x the average) with an incredible 80% completion rate.

We also reminded them to stock up with our #BourbonPreparedness Instagram campaign that garnered us over 1,100 new followers, shooting us up to the top of the competitive set. We created an interactive infographic, Labor of Love, to highlight the founders of Maker's Mark and the intensity that went into creating it, and we repurposed our Bourbon vs. Whisky infographic into what we've deemed an infoseries to break down for people how bourbon is to whisky as a rectangle is to a square. Who needs class when Maker's will teach you the fundamentals of life, or at least bourbon?

It's too hot in the summer for bourbon. WRONG. Our milkshake recipe card brought all the boys and girls to the bourbon side. We built a Maker's Mark sandcastle and utilized video and photo assets to further associate the brand with summer. We also tailored all our summer-focused content to best fit the channel. We edited the sandcastle-build video into a shorter time-lapse for YouTube, and then pulled still images from the footage for a slow reveal on Instagram and Twitter, placing the images in an album on Facebook (where, prior to the newsfeed auto-play, our fans weren't as apt to watch video). Our Facebook album alone saw 6,226 likes and 569 shares, with over 650,000 clicks – all entirely organic! Summertime and the bourbon's easy.

Bourbon Boom, Renaissance or Bourbon Is the New Black (as we lovingly refer to it) – one thing is for sure: it isn't just about winning as a brand, but also as a category. And part of that is enticing curiosity while spreading bourbon knowledge in an interesting way. So, we're here to set the record straight. Or on ice, if you prefer.

-In the less than nine months since our Instagram launch, we have overtaken all of the brands in our competitive set, many of which have been active for years.

-Twitter saw our summer conversation jump to 6.3 million impressions with the big win being that the third-most-mentioned word with "Maker's Mark" and "summer" was "drink." Drinking bourbon in the Summer was a key part of our overarching goal.

-The Bourbon Quiz wasn't just taken by thousands – it was shared: 810 Retweets and 5000+ shares led to 8% viral impressions.

Video for Bourbon is the New Black 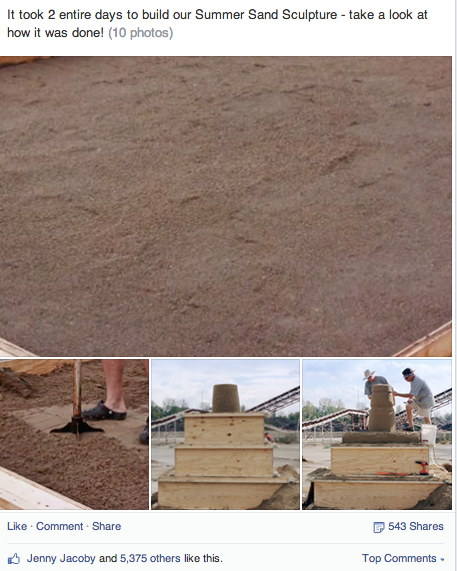 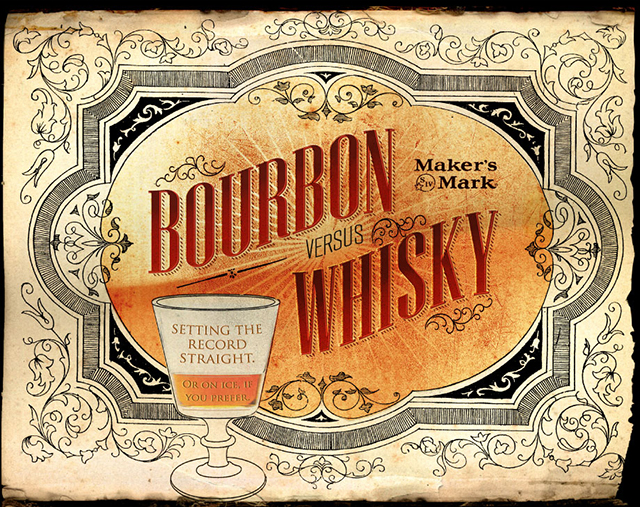 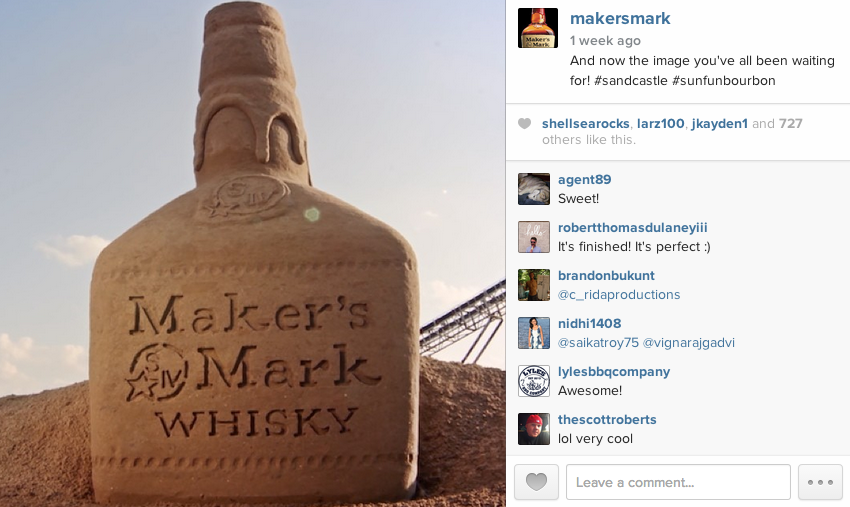 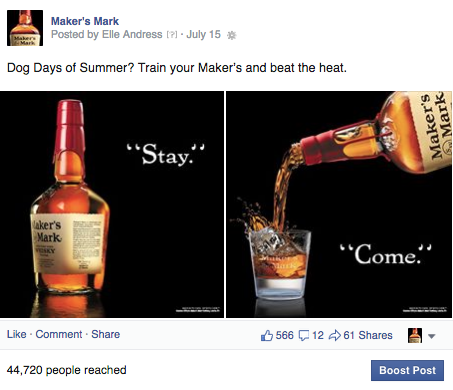 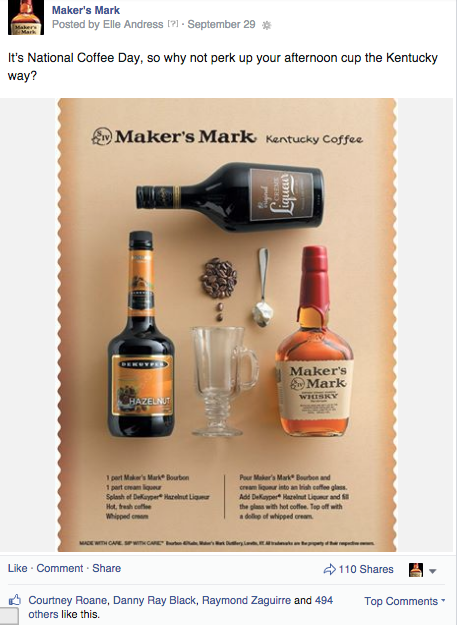 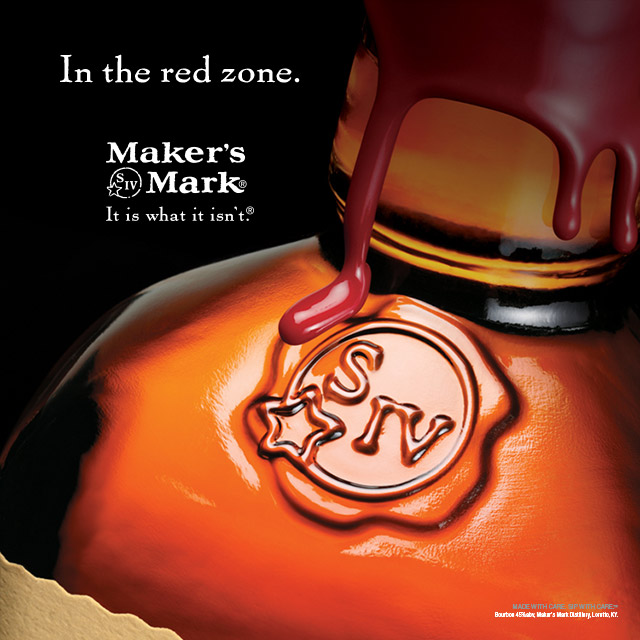 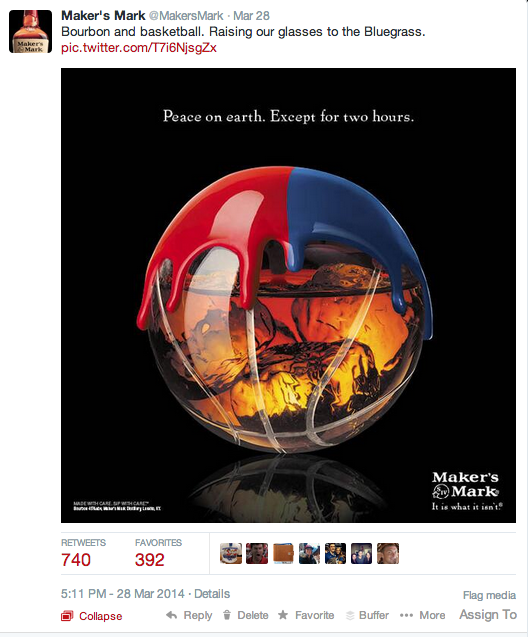 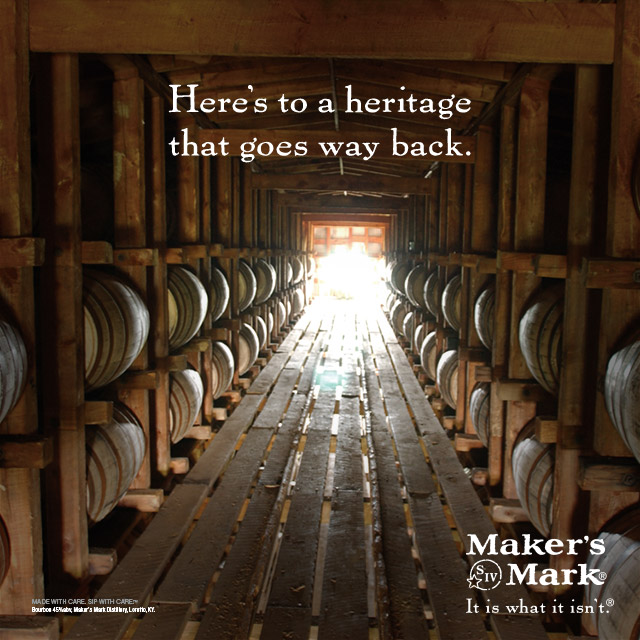