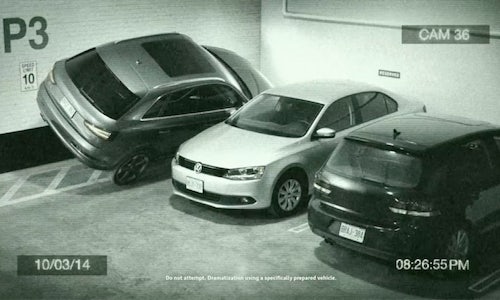 Hunting for parking spaces in the city is enough to "drive you up the wall". So to prove that Audi's latest SUV; the all-new Audi Q3, could conquer the city, we had it perform an extreme parking stunt designed to turn heads.

We launched a video online, which appeared to be leaked security camera footage of the compact SUV squeezing into a parking spot by driving on a 45-degree angle.

After the video went viral generating millions of views in a mater of days, we revealed that Audi was behind it. It even caught the attention of Grammy award winning recording artist and actor "Ludacris", who shared the video on this personal Facebook page.

Describe objectives and any challenges:

The newest compact SUV from Audi – the all-new Audi Q3—was engineered for maximum agility and designed for urban Canadians looking to move into a slightly larger vehicle due to an expanding family or active lifestyle with a need for more trunk space.

To our gross disadvantage, we were the last ones in the luxury category to launch a crossover into the Canadian market and were being outspent three-to-one by our competitors. We were challenged with making a splash with our new vehicle launch but without having the dollars required to dominate the airwaves.

Our goal was to achieve 500k video views with our campaign while capturing market share in the premium A SUV segment and contributing to Audi's volume growth.

Describe how you arrived at the insight and resulting concept:

Through social listening we learned that urban drivers struggled trying to fit their SUVs into increasingly smaller parking spaces in condos or underground parking garages.

So we set out to prove that hunting for parking spaces in the city doesn't have to "drive you up the wall", by demonstrating how the all-new Audi Q3 could conquer even the tightest of spaces while providing you with ample cargo space.

A highly choreographed three-phased video approach was used to drive both paid and organic video views and shares for the launch of the Q3.

A highly choreographed three-phased video approach was used to gain earned media for the launch of the Q3.

Phase 1: We created an unbranded video of security camera footage capturing the Q3 parking on an impossible angle.

Phase 2: Then released a follow-up video with a branded ending, claiming that the Q3 conquers tight parking. This video was placed on the Audi Canada YouTube page, and promoted through pre-roll video and a seeding campaign with auto-blogs and lifestyle blogs.

Phase 3: Finally we released a "making of" video in anticipation of consumers wondering how the stunt was done which was hosted on the Audi YouTube channel only. 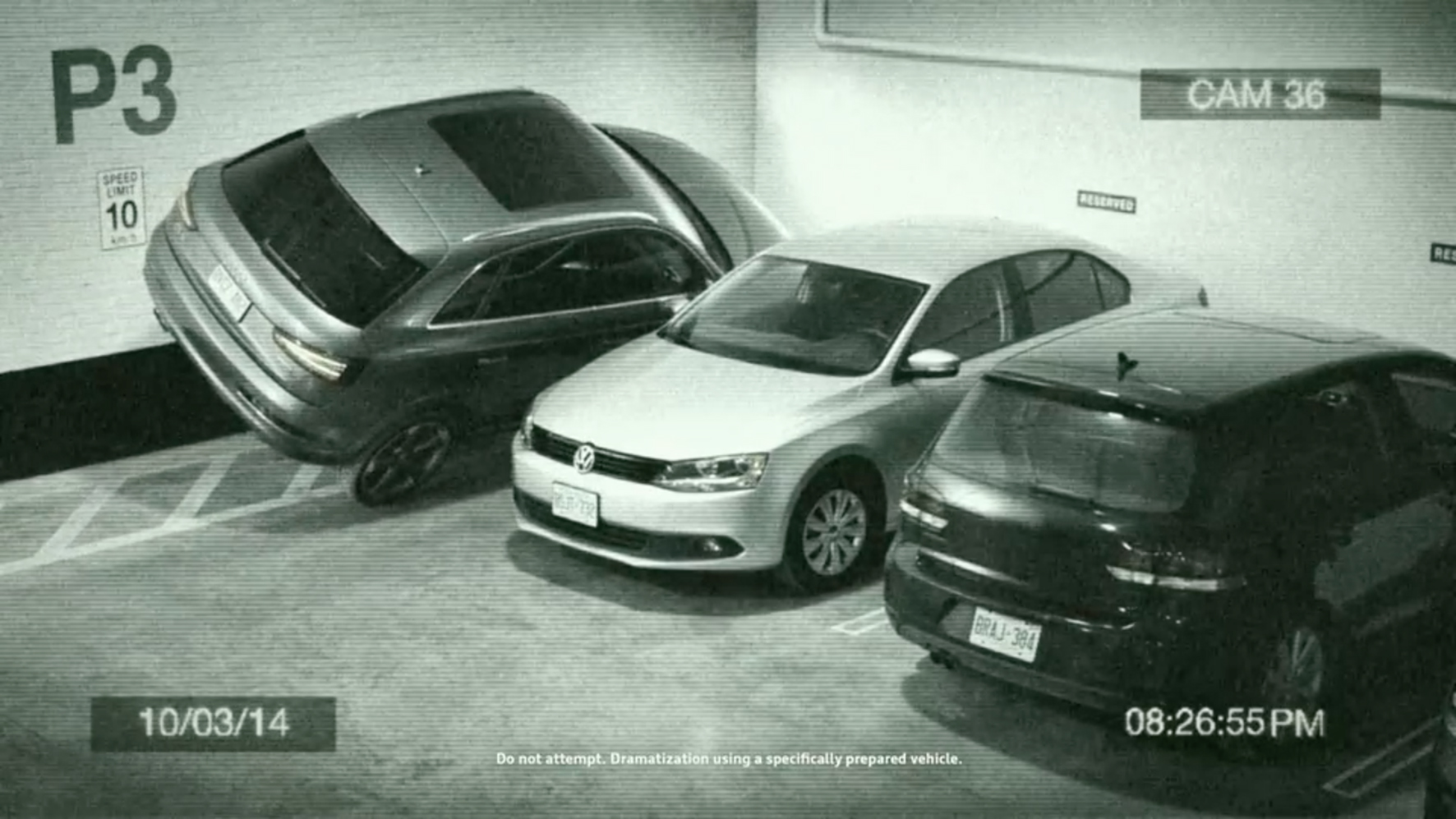