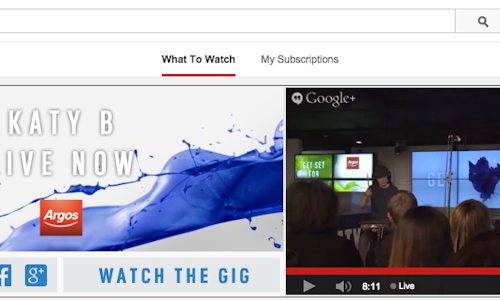 #ArgosLive with British singer Katy B celebrated the launch of the new Argos brand campaign, 'Get Set Go Argos', and raised awareness of the retailer's digital transformation. For the first time ever, a livestream gig and Hangout took place in the YouTube masthead on desktop and mobile, broadcasting from a flagship Argos digital store to millions of users in the UK.

After the live Katy B performance, the Hangout took place and offered the online audience a chance to watch and participate in a discussion about emerging British talent and the impact of new technologies on the music scene. Participants included Luke O'Connor, label relations at Spotify, Drew Lam of legendary London venue The Roundhouse, and up and coming music talent, George Barnett.

Awareness of the livestream was created by running multiple competitions across the social channels. Fans on Facebook were given the opportunity to win exclusive tickets to the event to see Katy B in person, and a RT to enter competition was run on Twitter to give away Beats headphones to our followers.

By embedding the YouTube link in a tweet, we were able to live stream the event through Twitter, so users didn't have to leave the channel to watch the performance.

Taking advantage of the excitement around the event, a short highlights video was quickly produced to give those who missed the livestream the chance to catch up.

#ArgosLive was a one of a kind event by being the first live gig and hangout to be streamed through the YouTube masthead/home page.

The event was seen by the millions of people arriving on the YouTube homepage that day, driving huge awareness of the new Argos brand.

Before and after the gig, the targeted use of media by Mindshare enabled the targeting of Katy B fans, music fans in general and users in London who could come to the event.

A social media content campaign was created which also saw Katy B Tweeting about the event from her personal account to her 270k fans, meaning Argos was able to directly reach her fans and gain further exposure.

Ticket giveaways allowed lucky fans to see their idol at the gig, and there were also numerous competitions to win headphones to hear the event in high quality (as well as showcasing the premium brands stocked by Argos), which generated high levels of engagement and awareness of the event.

On the day of the YouTube masthead and gig, engagement gradually built as the start time drew closer, with a significant presence across Twitter using #ArgosLive as the content was promoted to a large audience.

Overall, the campaign had over a quarter of a million interactions across the social channels and achieved over 27 Million impressions throughout the day. We also surpassed benchmarks on social by attaining an engagement rate of 1.18% vs. the predicted 0.80% on Twitter.

The Argos YouTube subscriber audience grew by 15% in the few days around the event showing that users were impressed with the new content. The extension phase of the activity after the event saw the highlights video gain over 1 million views within the first three weeks of upload.

The campaign was a huge success as it showcased the refreshed Argos brand and the new digital stores in an exciting, cross-channel way featuring user interaction, competitions, tech and social innovation, as well as a much-loved singer! 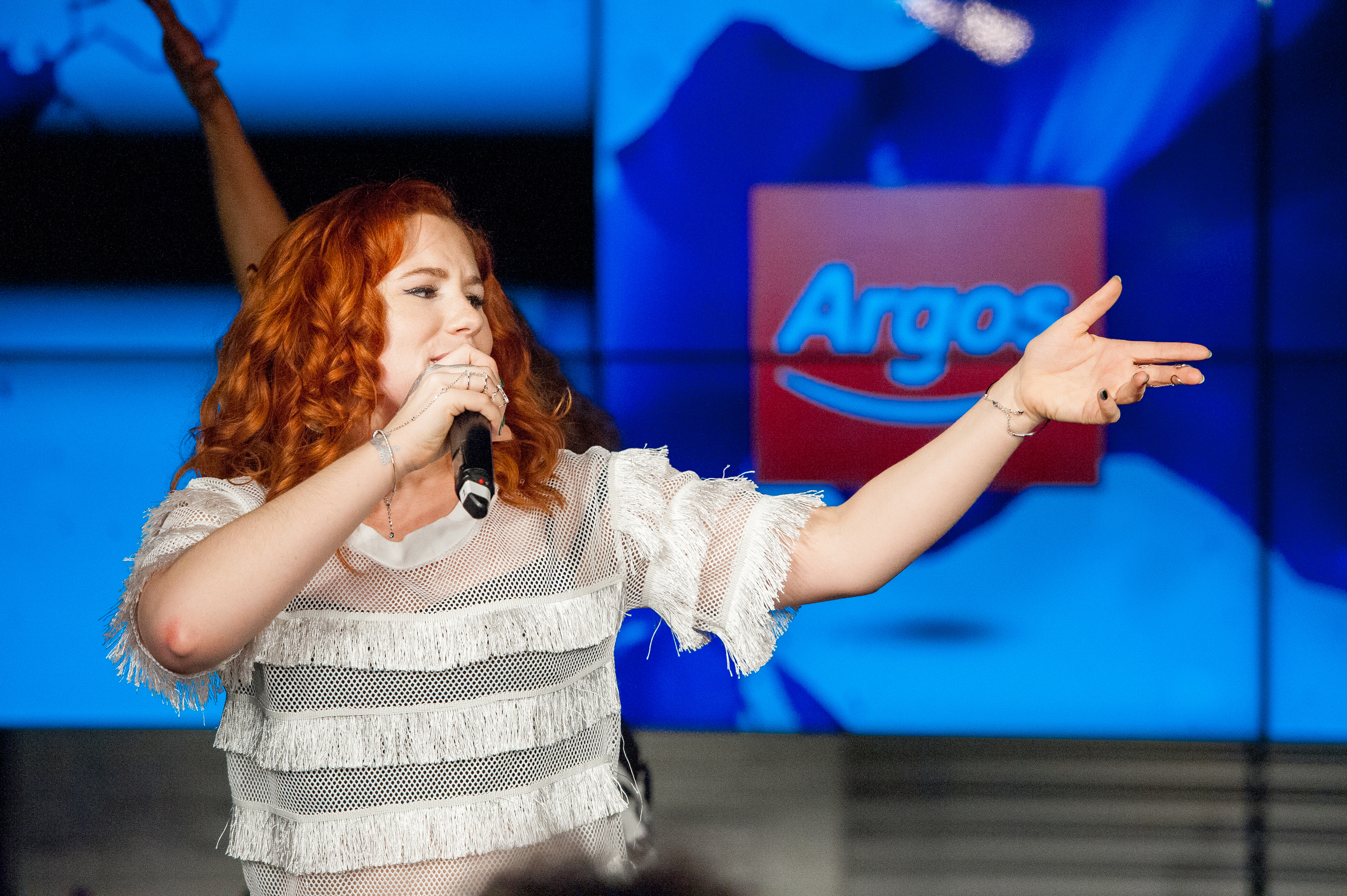 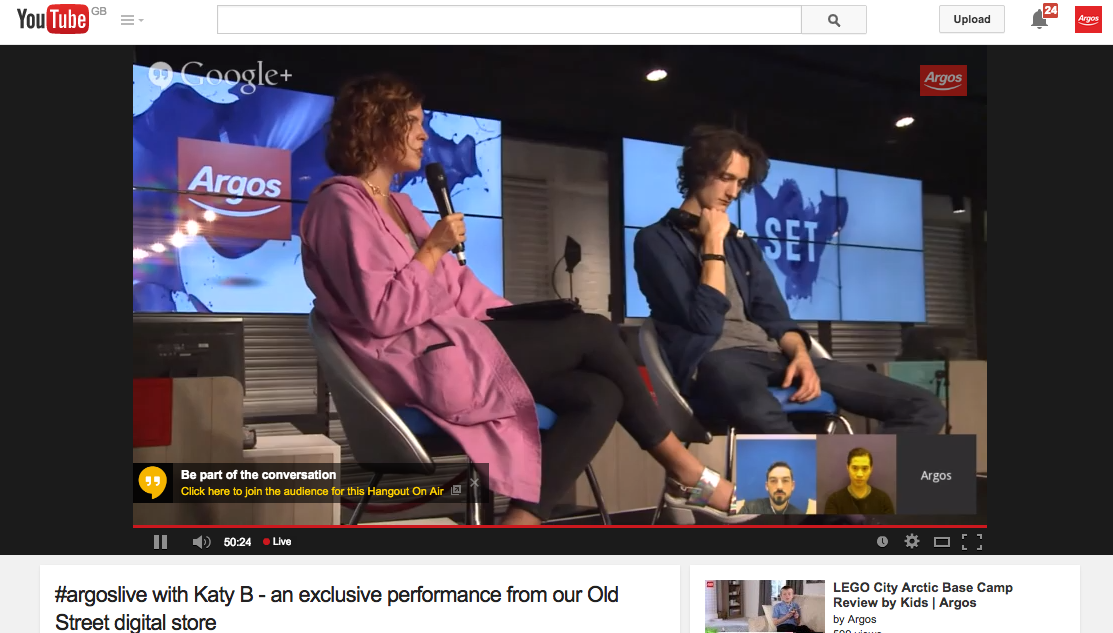 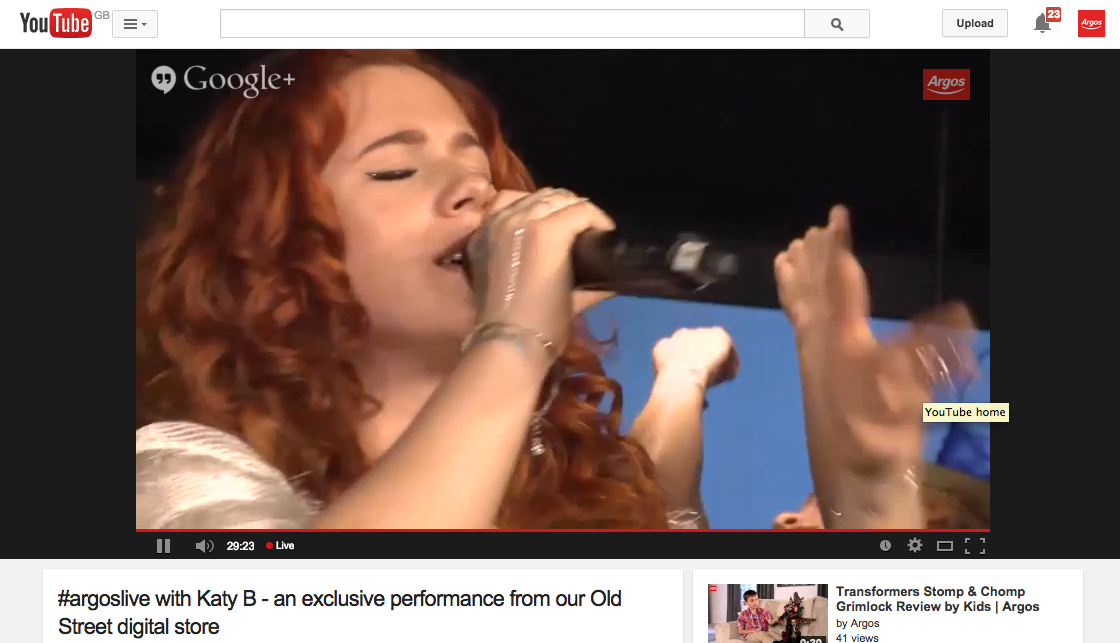 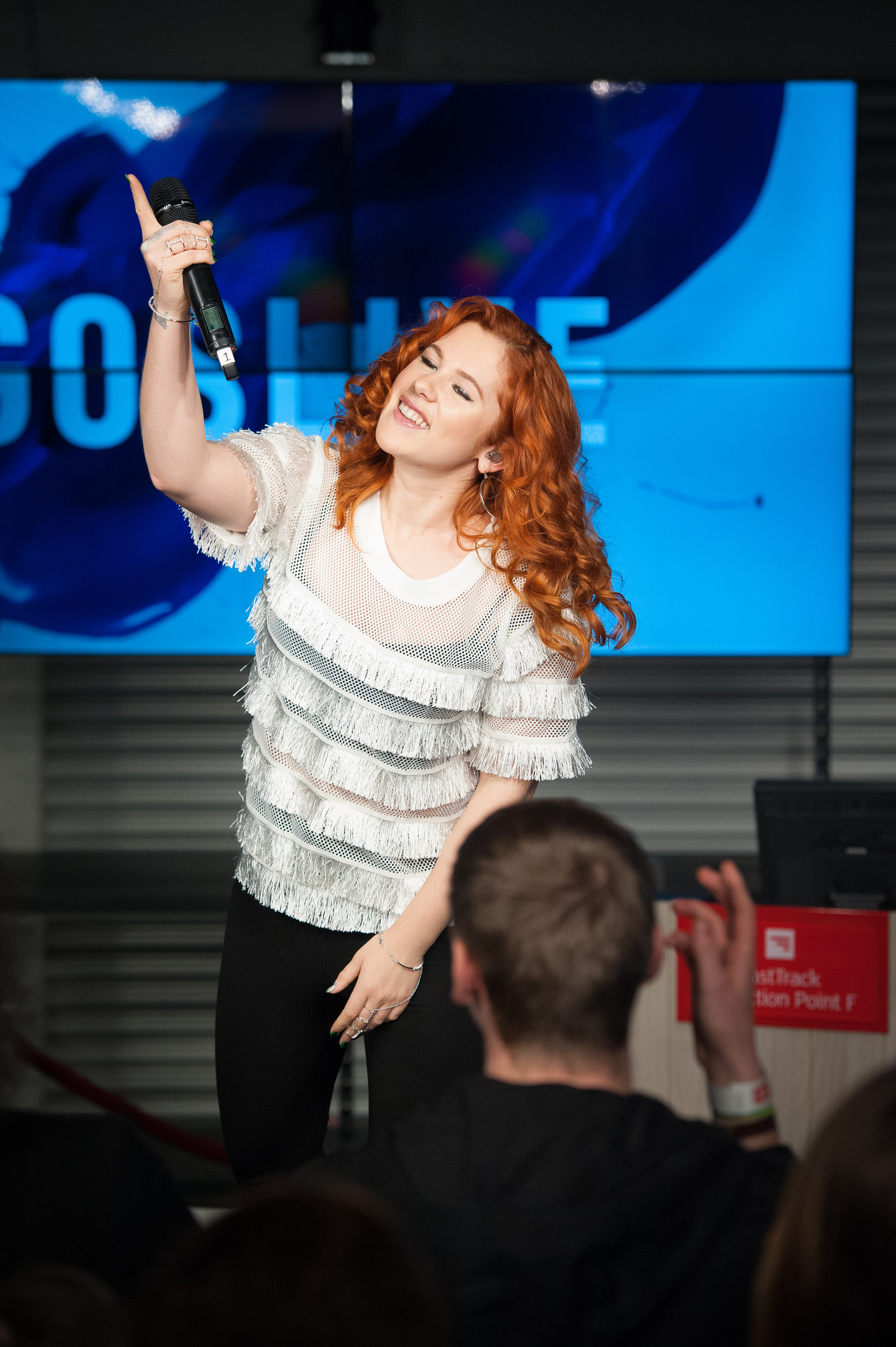