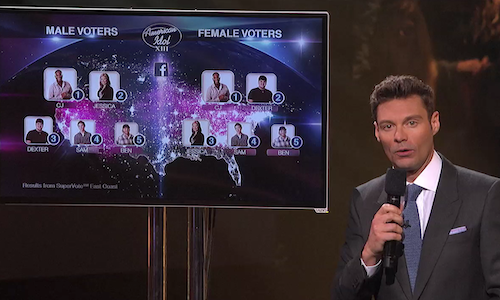 "American Idol" has delivered numerous interactive industry innovations and this legacy continued with Season 13. Voting has always been a cornerstone of the series' interactivity with fans and we wanted to evolve that relationship and feature fans' passion for contestants in a dynamic way. In a social TV first, in partnership with Facebook, we utilized voters' Facebook information to show real-time voting results and to give voters their moment of TV fame as their Facebook Profile Pictures were broadcast live on-air in show. Using technology in this way enabled us to reward fans and drive engagement around the show.

American Idol Season 13 broke records with over 71 million votes cast in the first performance show! As the voting continued, Facebook became the most popular method for voting using the SuperVote mechanic, fuelled in part by the opportunity of seeing their picture on-air supporting their favorite Idol. For Season 13, we hit the milestone of our 6 billionth vote for American Idol across the series, thanks in part to this activation.

For a show in its 13th season, the activation personalized the experience for viewers, with thousands of fans appearing live in the show across the season. The SuperVote Facebook Visualizations showed the fans that they clearly have an impact on the show and made it a truly social event. Amplifying the on-air activation across Facebook after it happened made this a true 360-degree interactive innovation that went from online to on-air and back online again. 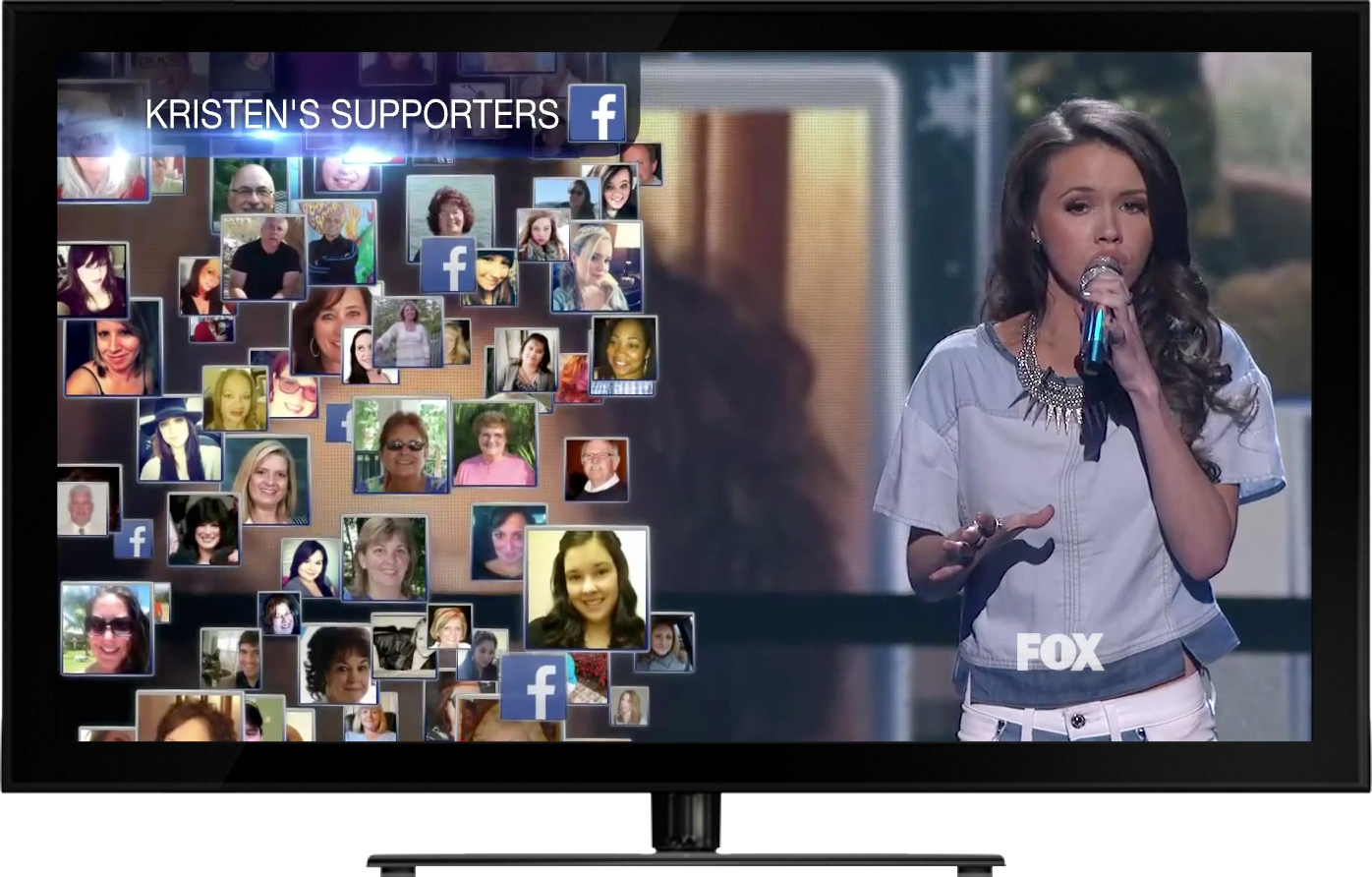 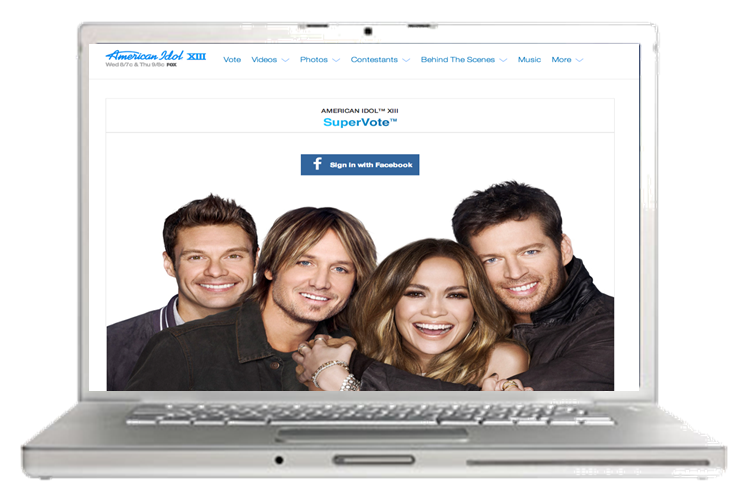 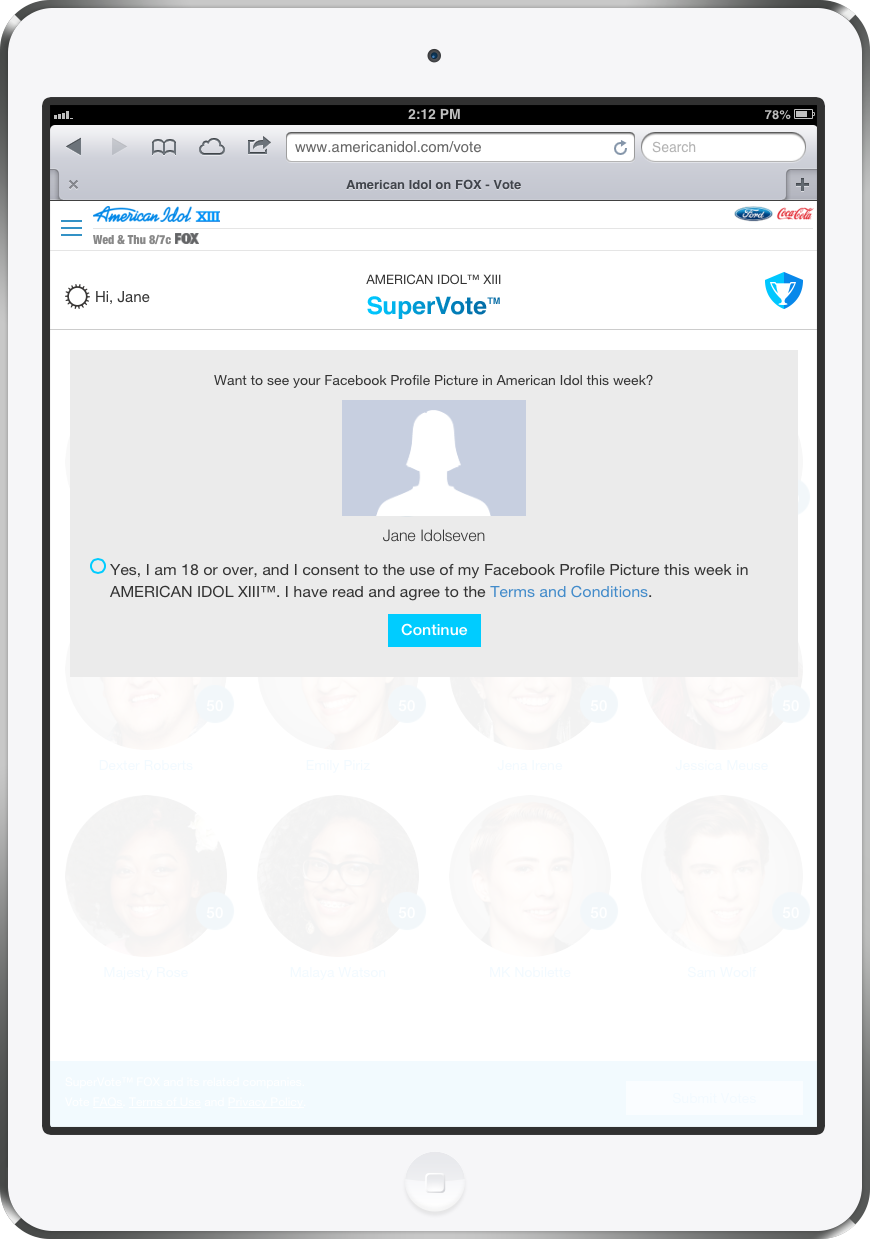 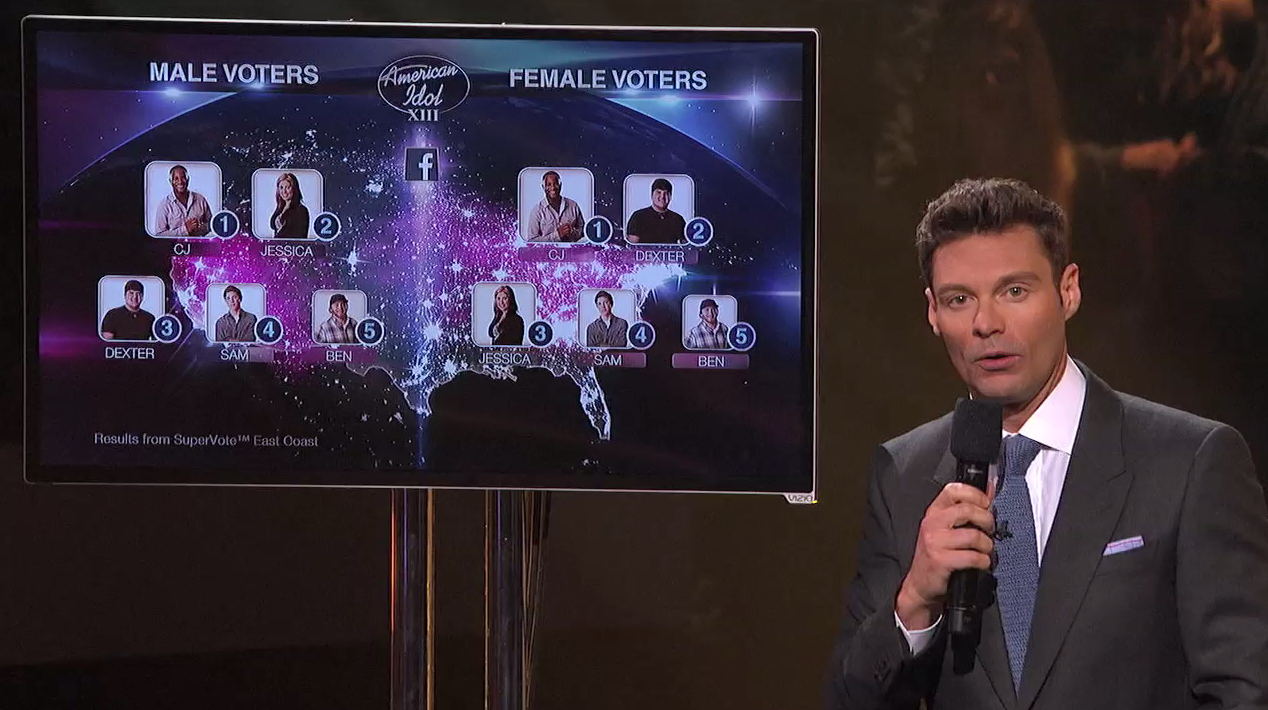 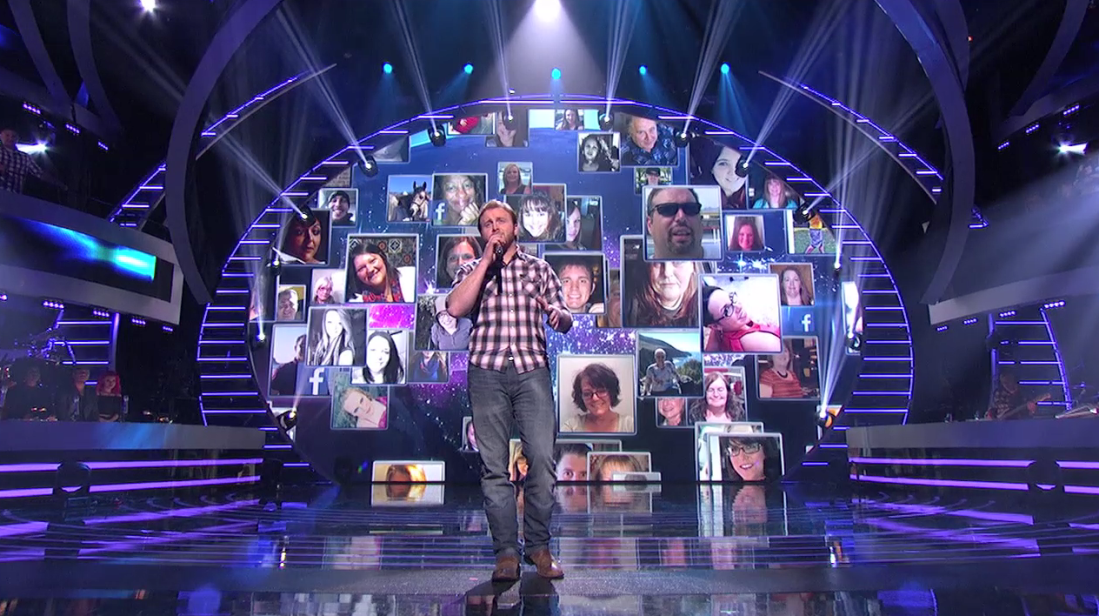