Almost Royal built an audience for a new BBC America faux-reality show in which two British comedians pose as aristocratic siblings Georgie and Poppy Carlton, then interact with everyday Americans.

While the show's official Tumblr and Twitter accounts have been popular, the breakaway hit has been a pair of accounts "written by" Poppy and Georgie. Rather than focus on promotional tweets, the accounts serve as extra content, telling stories that don't fit within the show's seven-episode run. By the end of 2014, after the first season aired, these in-character feeds each earned 12k highly engaged followers.

The stars appeared in the twelve-episode web series "Almost Royal Goes to YouTube," talking to comedians and actors including Grace Helbig, Hannah Hart, and Dave Hill. The series earned 1.1 million total views. The stars also participated in a series of exclusive Vines, earning 672 followers and over 150k loops.

The Almost Royal campaign tackled a typically difficult problem for a new show: How do you build an audience around an unfamiliar story? The talent and creators were unknown by the show's American target audience—in fact, their obscurity was an asset to the faux-reality production. But the marketing had to work up from zero, building a context for the show.

The campaign included an official Tumblr and Twitter account, which treated the show as a comedy with actors. But uniquely, it also included two in-character, "in-world" accounts, which treated the show as reality. These two accounts, written by a team of show staff and outside comedy writers, built up a context for the show by exploring Poppy and Georgie Carlton's backstories and demonstrating their attitudes, behaviors, and world views.

The in-character accounts launched well before broadcast, for verisimilitude and to give fans a rich seam of extra content. The characters tweeted daily, building up an early followership before the show even began traditional marketing. By the time the show premiered, the character feeds felt full and mature, which led to rapid follower pickup and engagement.

The creative team was, of course, still very engaged in the social media campaign. All non-timely tweets were reviewed by the show's producer, who kept them up to the standards of the on-show writing. Almost Royal's Vine account ran exclusive clips starring the actors, written and directed by the social media team, and shot with the show's crew and producer. The Vines, shot quickly without much expense, efficiently gave the audience a context for the characters and the show's theme of "clueless Brits in America."

BBC America's excellent network of Tumblr blogs, including blogs for Orphan Black, Top Gear, and Doctor Who, helped the Almost Royal Tumblr find early fans. The Tumblr, which runs show content, stories from Poppy and Georgie, and clips of the actors' other work, now has 754 followers.

Possibly the biggest success came from the 1.1-million-view web series, "Almost Royal Goes to YouTube." In this series, which premiered before the TV show's first season, the show's two stars hosted a faux-talk show with celebrities from TV and the internet. By getting in front of fans of Grace Helbig, Hannah Hart, and others, they attracted an internet-savvy crowd who were interested in the concurrent Twitter accounts, and who tuned into the show. These fans have become core followers of the social media accounts, proving that the YouTube series made a great match between the sense of humor of Almost Royal and that of its guest stars. 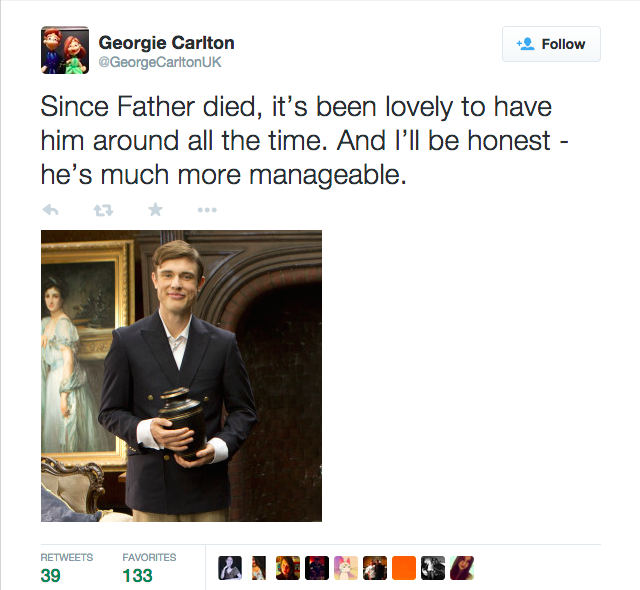 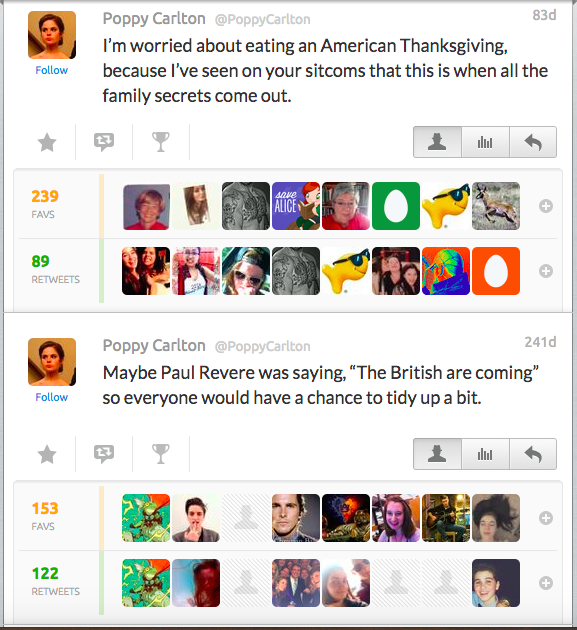 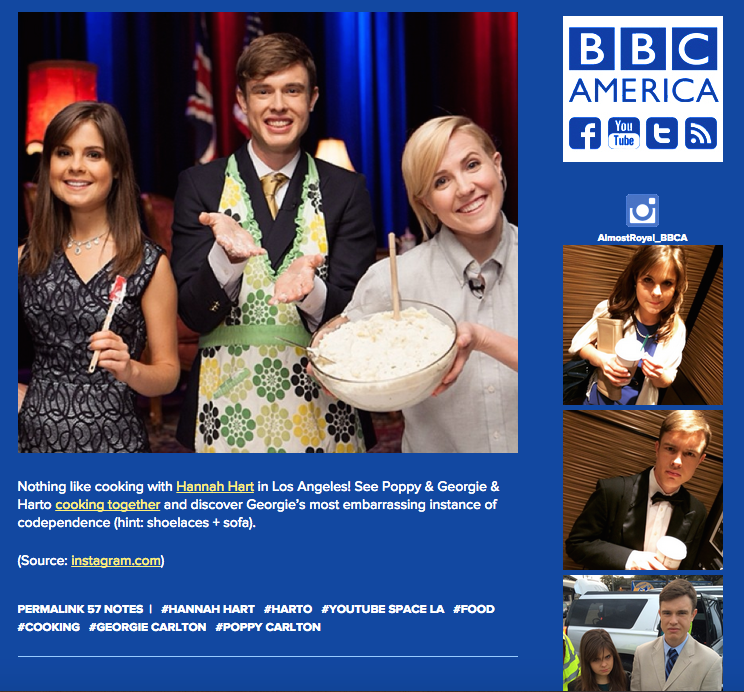 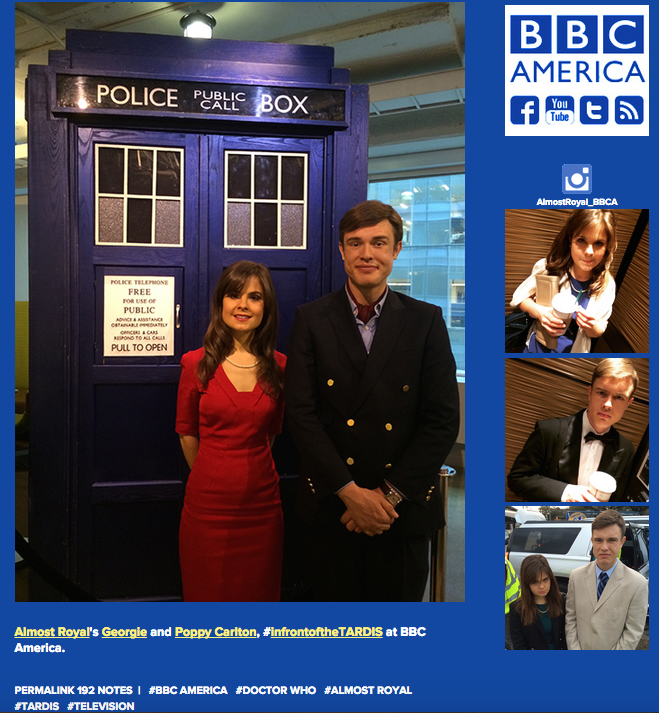