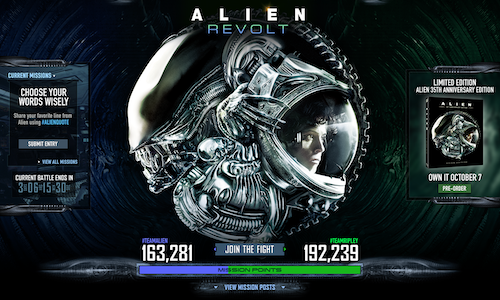 To celebrate the 35th Anniversary Edition release of Alien, we took the fight to the fans with Alien Revolt.

Part game. Part Sweeps. All social. We challenged over 103K fans with weekly missions to pick a team and wage an Alien war. From Recruiting Survivors to Unleashing The Facehugger we pit Team Ripley against Team Alien and recorded the score in real-time on a leaderboard.

Through the collected effort of Alien fans everywhere, we aggregated over 9,000 pieces of user-generated content and saw 100MM impressions and 5.5MM engagements.

While some peope suffer from Xenophobia, others long for Xenophoria.

So for the 35th anniversary of Alien we gave fans what they wanted most—to be the perfect killing organism or to be the one that fights it. Hence, Alien Revolt.

Whether they sided with Team Ripley or Team alien, every fan could earn points or win prizes by creating Alien content.

And where every war raises an army. This one reached over 100 thousand fans. And, inspired them to create and share over 9 thousand pieces of content associated with the movie: information about the Alien such as a picture of the Facehugger, survivor recruitment requests, and even stories telling other survivors what to take with them should they escape.

As a gamefied social experience it heightened excitement for the classic Alien fan, and opened a floodgate for new fans at ComicCon.

We saw a 23% return rate from fans over the course of the campaign along with other double jaw-dropping stats.

While there's no telling if we could survive a real alien uprising, what's clear is our fans love a good fight. 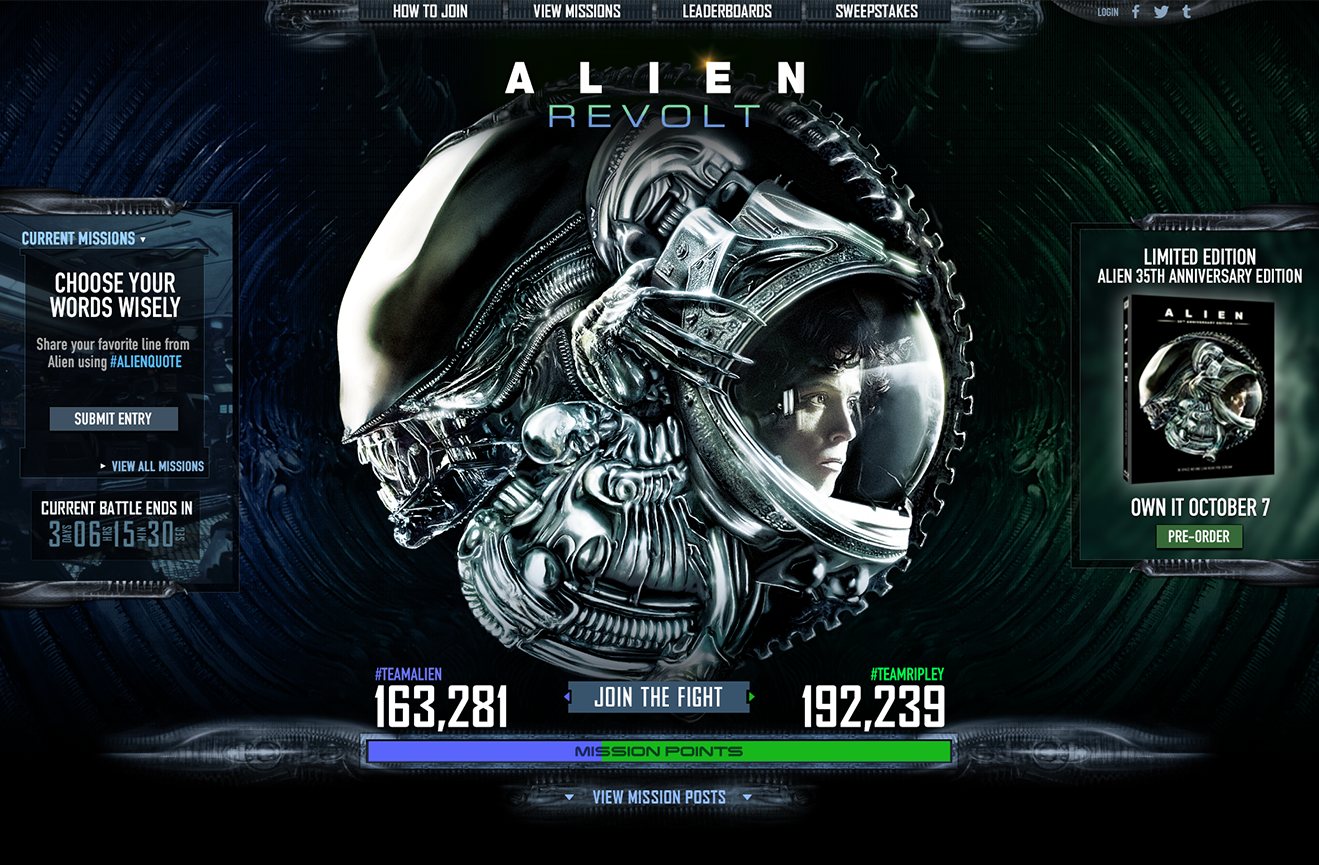 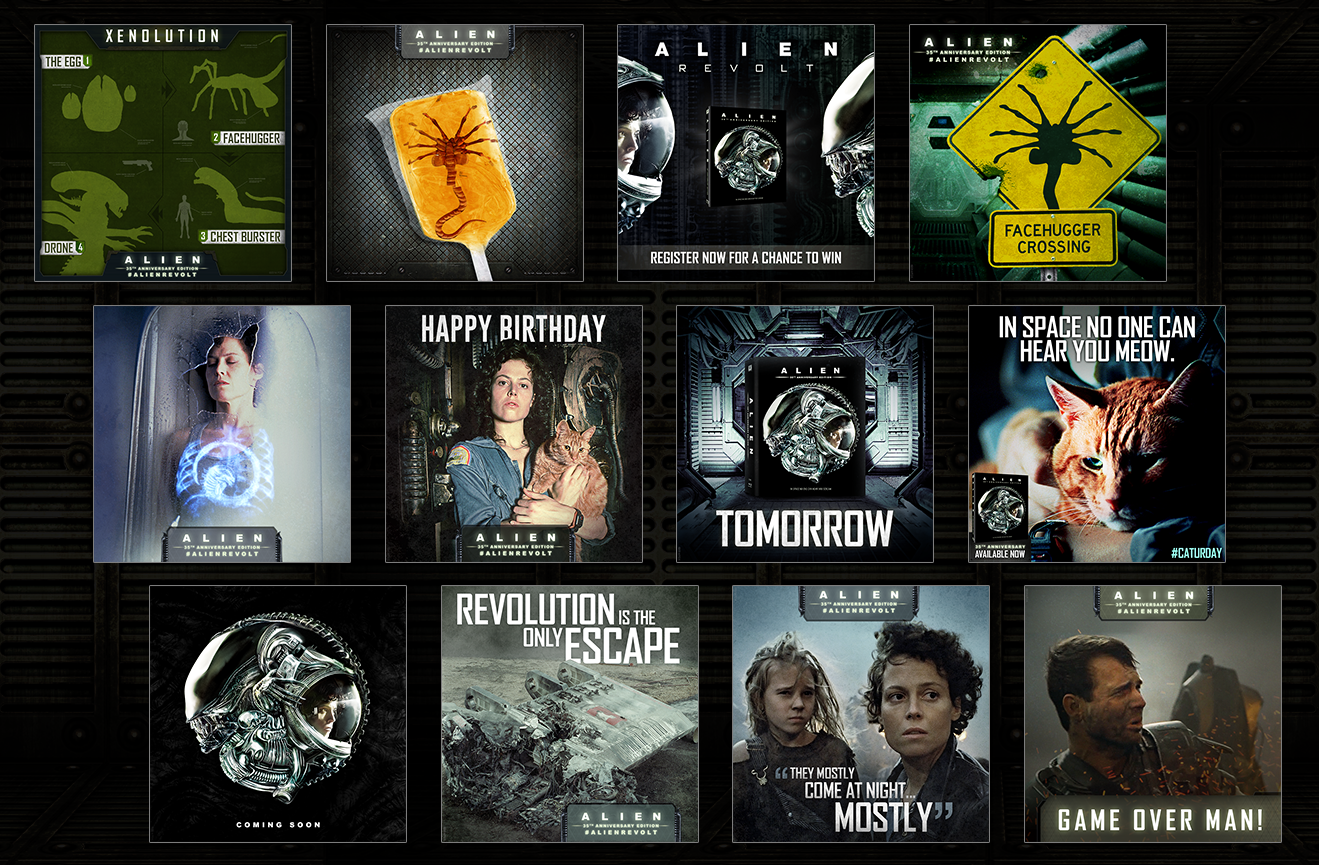 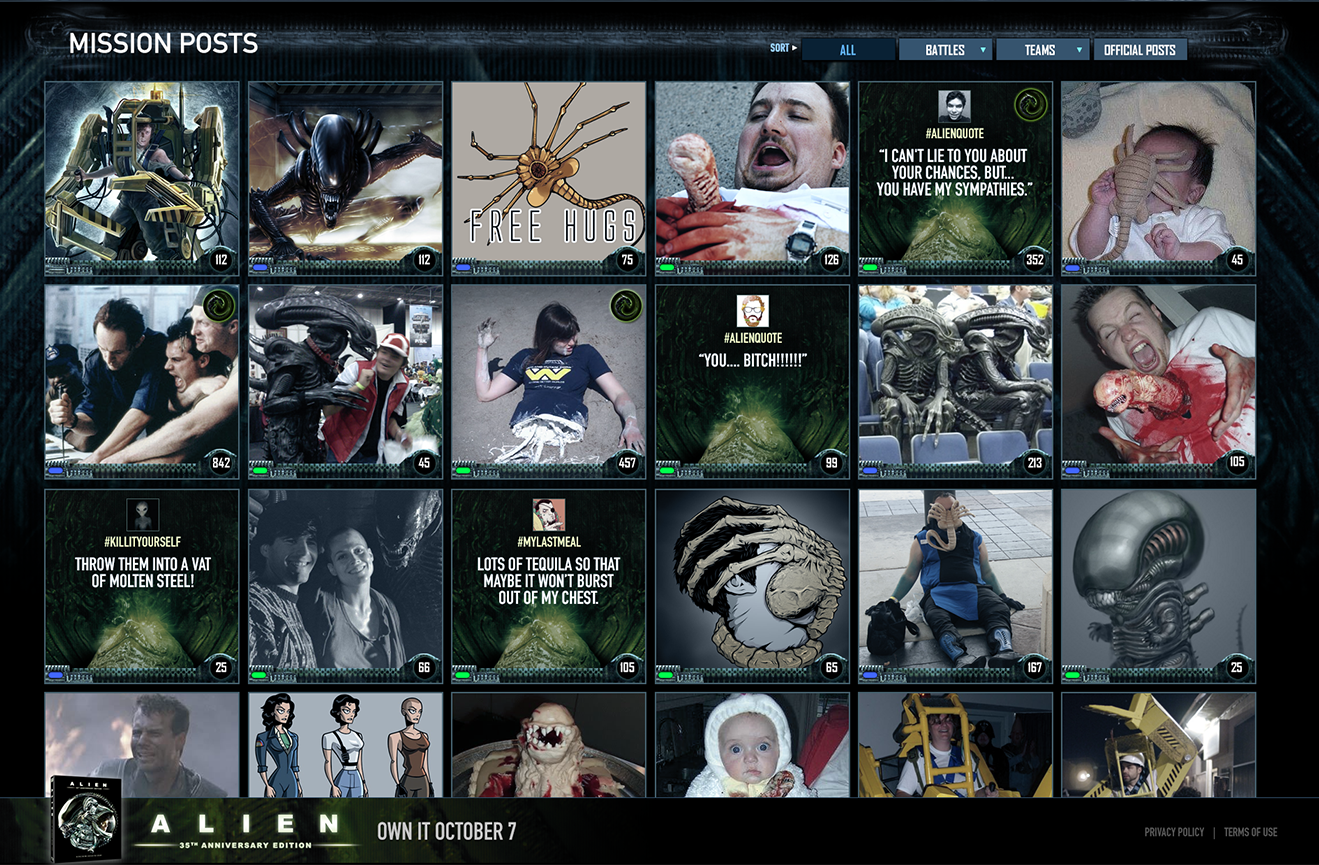