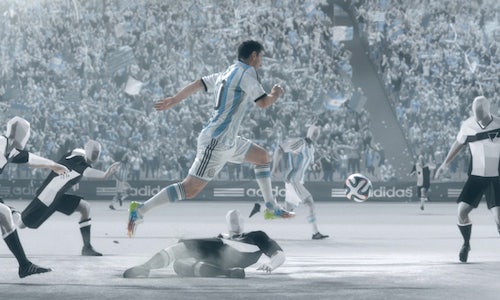 How do we get Leo Messi fans fired up for the footballer's latest signature collection? Invite them to make a run for it.

Messi's signature range of boots and training wear is a big deal for adidas – not to mention his fans. To get fans excited about the game as much as the Messi apparel, we launched #FASTORFAIL, a reactive game experience that invited players to beat opponents down an endless pitch for a chance to see Messi in his greatest challenge yet— the 2014 FIFA World Cup.

The more mentions of Messi generated across social channels, the faster the player would go, but only the fastest would win tickets to the 2014 FIFA World Cup. To drive interest, we produced an epic CGI polygonised #FASTORFAIL film trailer with the help of Media Monks.

The reactions we received were even better than we had imagined. The game had over one million minutes of playing time with 250,000+ games completed. Social chatter had fans moving fast with 14K mentions of Messi and 50K shares through the duration of the campaign.

To launch the new super light, super fast, adizero f50 Messi boot we needed to remind fans that if they want to reach their goals, they need to put on the boots and play like their hero.

The f50 boot launch coincided with one of Messi's greatest challenges yet— the 2014 FIFA World Cup— so we decided to channel the pressure that comes from the millions of fans watching you, teammates depending on you, and hopes and dreams guiding you, to get fans to realize that on the road to Rio, if you want to go all the way you've got to play fast… or fail!

To do this we created #FASTORFAIL— a real-time, reactive game experience requiring players to beat digital opponents down an endless playing field, with the goal to reach Rio de Janeiro in the fastest time possible. Hosted on the adidas website, the game was powered by social buzz; the more Messi was mentioned on Facebook, Twitter and other social channels as you were playing, the faster you could make it to the finish. The reward? A chance to attend the 2014 FIFA World Cup to see Messi play in person.

To drive awareness we launched the film #FASTORFAIL that acted as an epic trailer for the game itself. Shooting Messi on a green screen backdrop in Barcelona, we worked with Media Monks to create the CGI-built polygonised world that is seen in both the game and film.

Fans raced at the chance to see Messi in action. The campaign received over 80M total reach impressions, with the #FASTORFAIL game being played by over 400,000 fans, with 250,000+ games completed! Social chatter had Messi moving FAST with over 14K mentions and a 20% social sharing rate. Additional success metrics included the Team Messi Facebook page receiving over 12M post impressions and the YouTube hype video generating over 1.8M views. 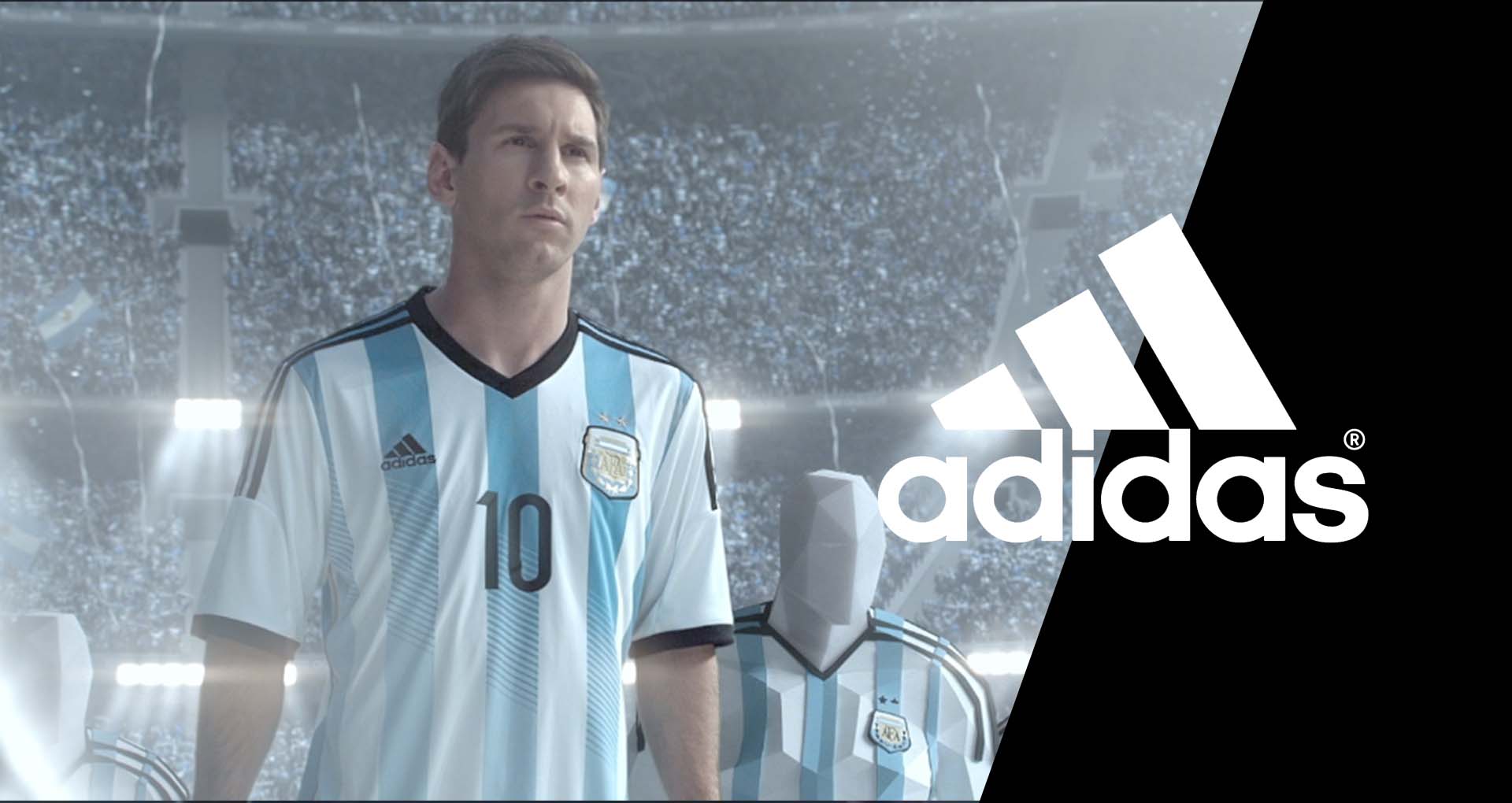 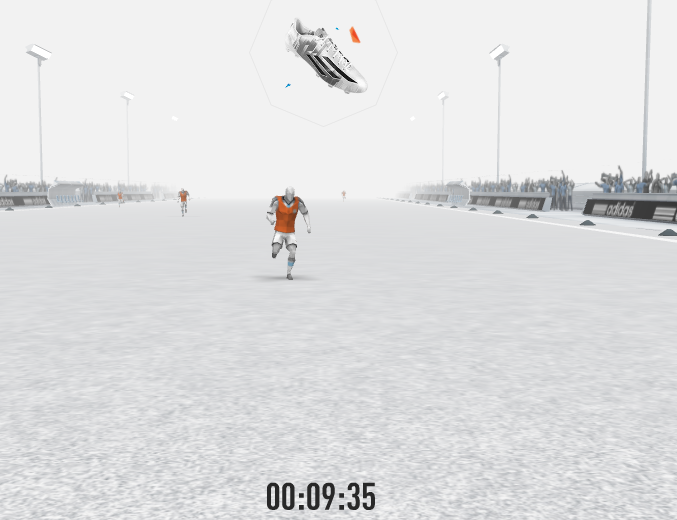 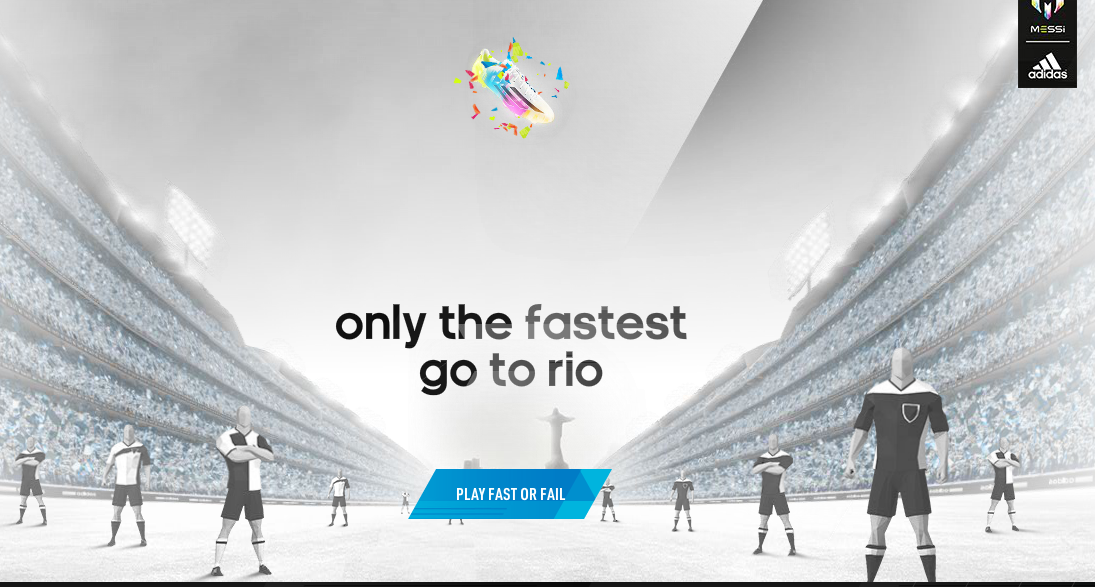