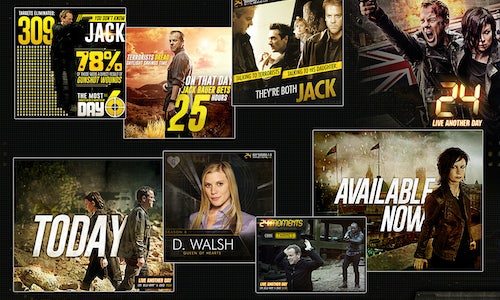 True to the heart of 24, for Jack's return in season 9 we gave fans a countdown to remember — a 24-day challenge to unlock an exclusive "Live Another Day" video.

Each day up to the release of season 9, we posted a #JackIsBack graphic on Facebook and Twitter with a code fans could use to unlock an exclusive Gif from the new series. And once 24 codes were entered, a never-before-seen clip from the show was revealed.

A true 24 experience, our fans engaged with the show and pulsed with anticipation for it.

It's the iconic opener to the show 24 and the beginning of a 24 hour period, that will make for the most exciting season yet — 9.

Jack is back to live another day.

To make every fans heart beat with the same level of anticitpation, we created the 24 moments website. And made it a 24 day countdown to the season 9 release. Every day fans could unlock a Gif from the new show by using a code from a graphic released through Facebook and Twitter. After all 24 codes were entered, an exclusive video from season 9 was revealed.

While the site was robust with killer unlockable and shareable graphics of Jack featuring stats of bullets fired, kills, and special agent tactics, it also captured the heart of the show with a countdown like no other. It was a bullseye with fans.

The site received over 117,000 page views and the average person spent over 2 minutes each visit. 10,086 unlock codes we redeemed and 709 people pre-ordered the show.

Also, the social media graphics used to promote the site were so popular, they reached on average 334,811 fans per post.

Promoting a show about a special agent who once decapitated the head of an informant to get inside a criminal organization has a very high bar. But this experience topped everyone's expectations. 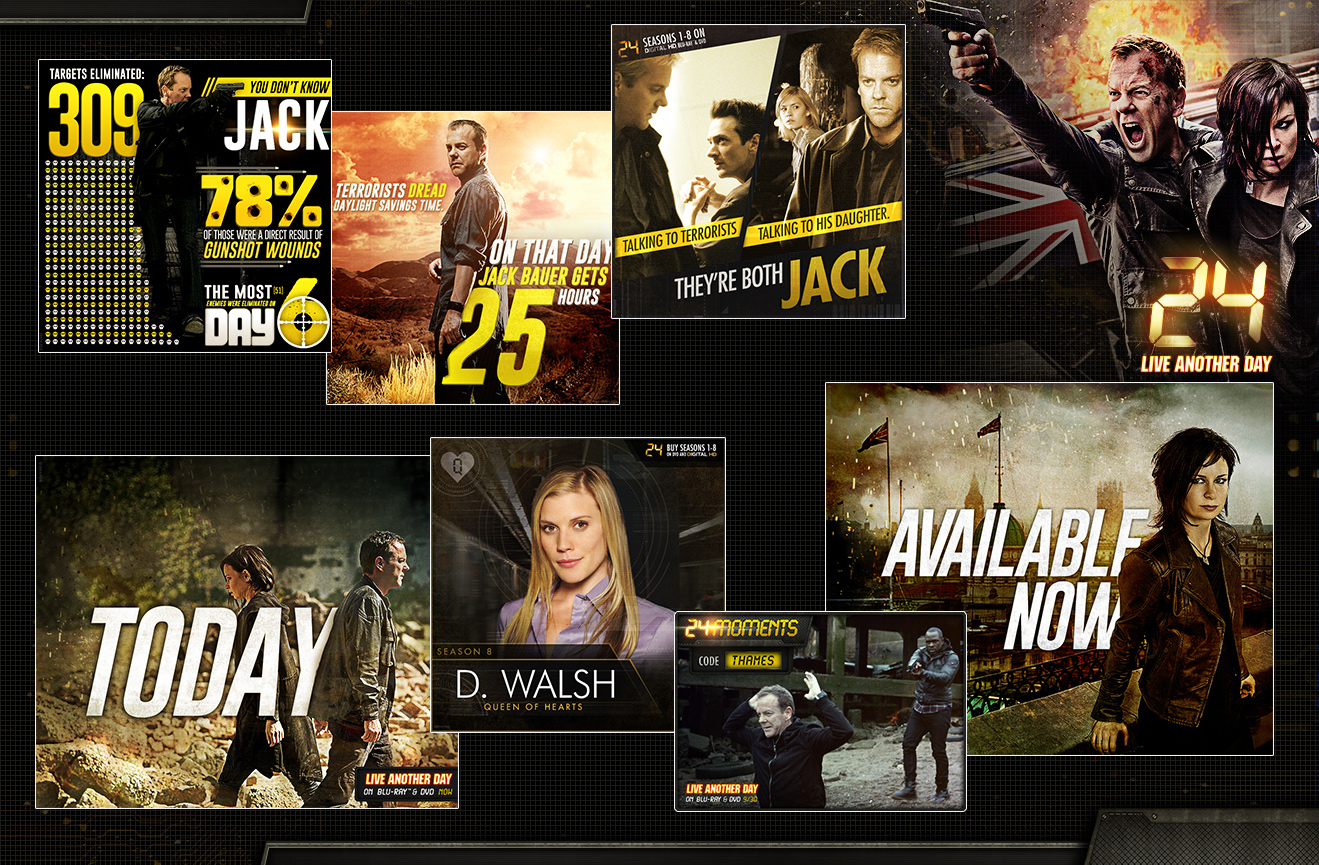 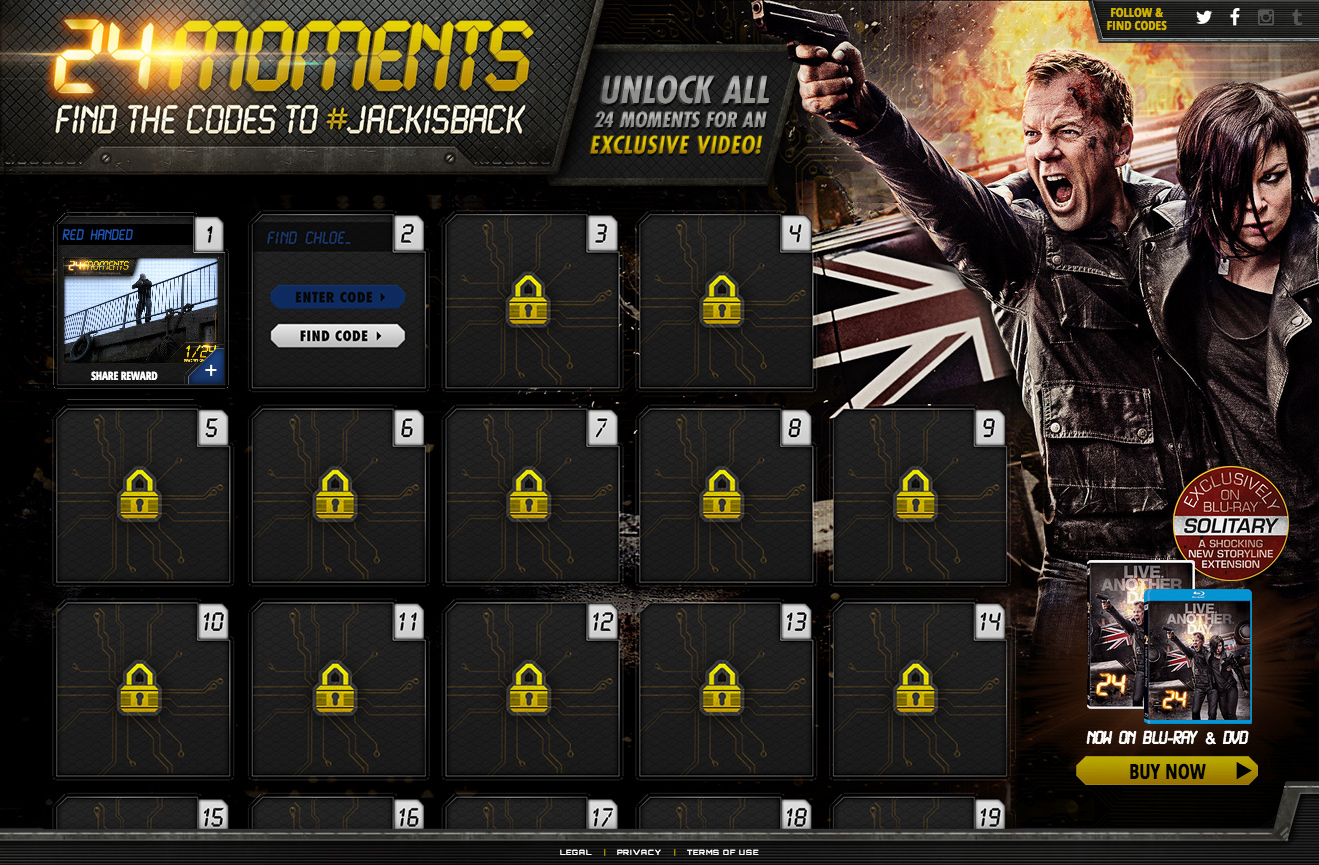 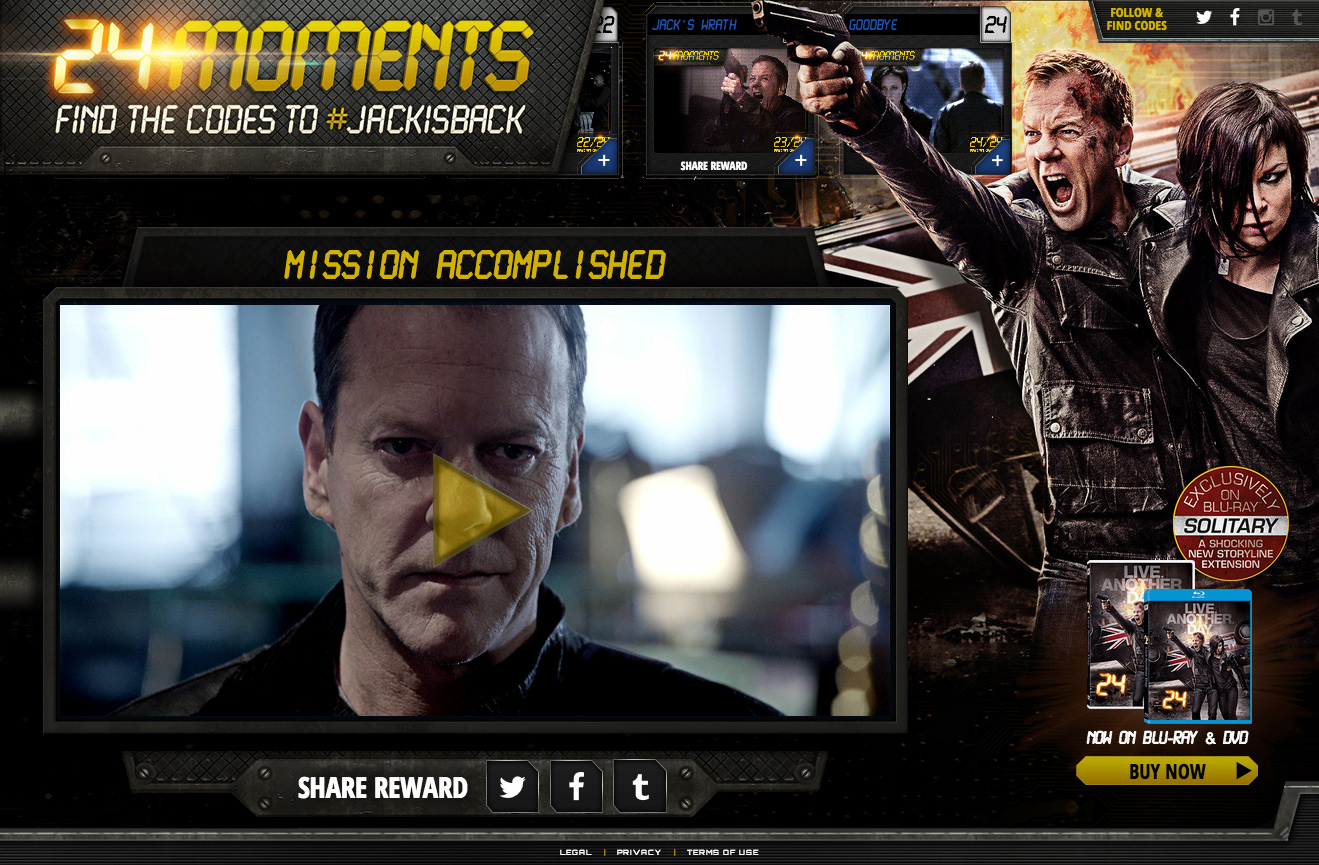 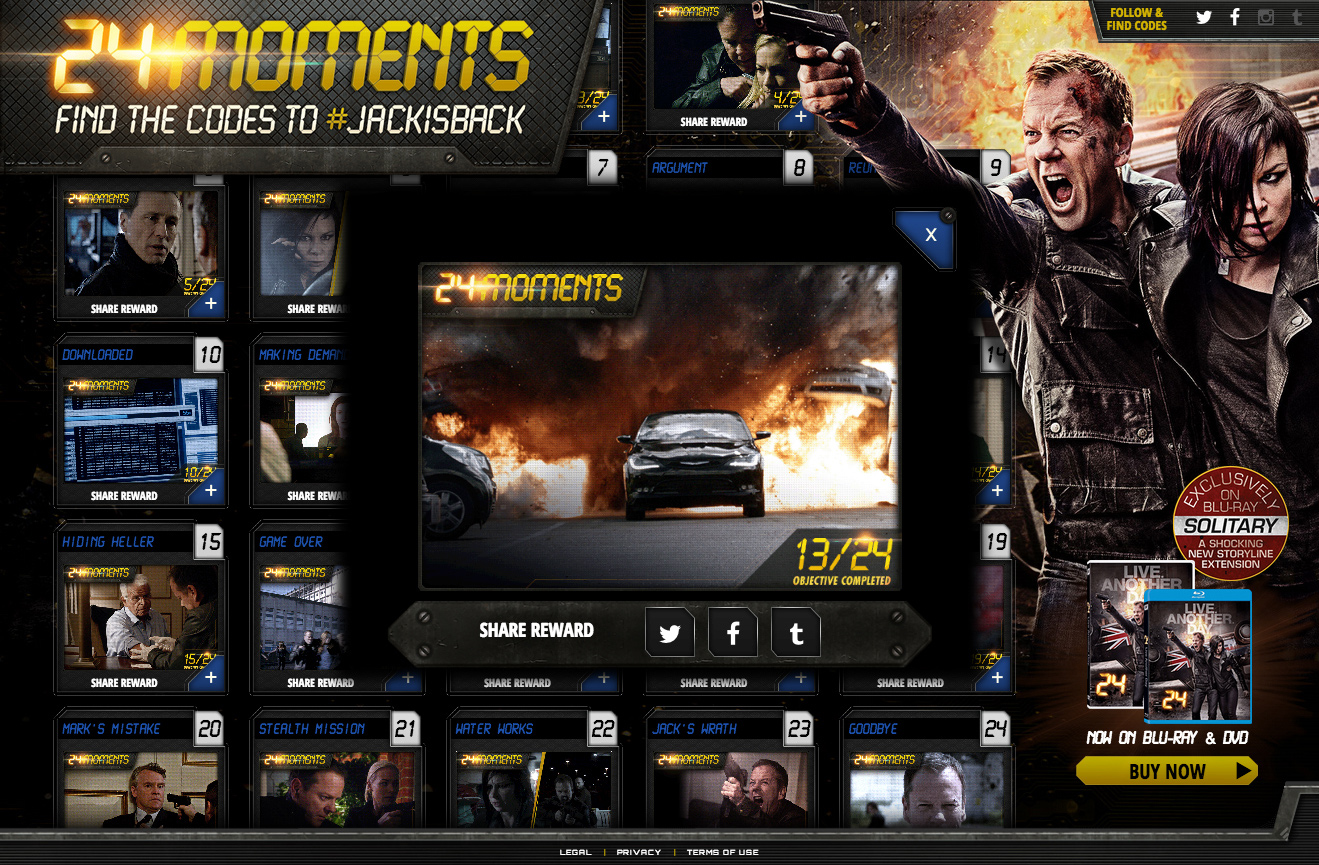 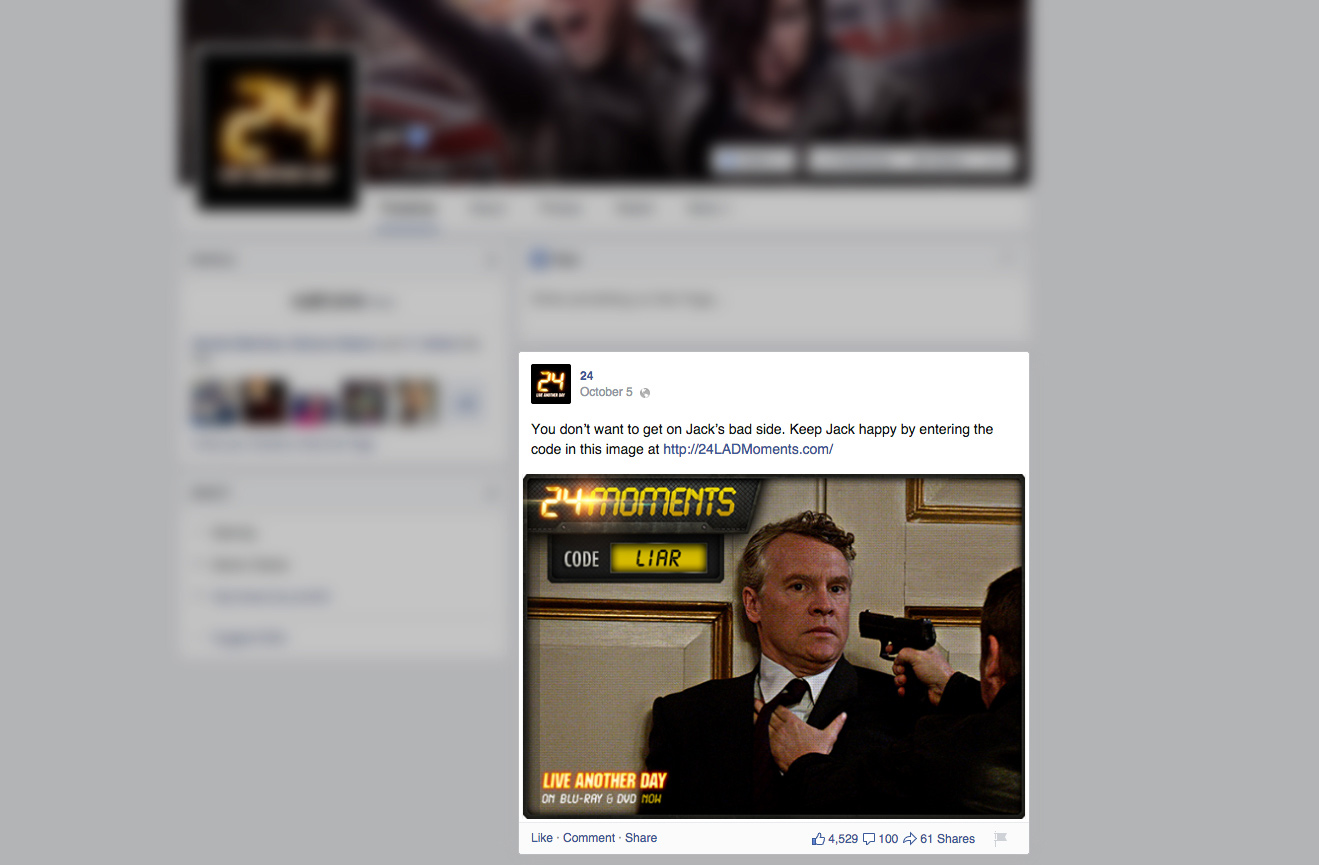 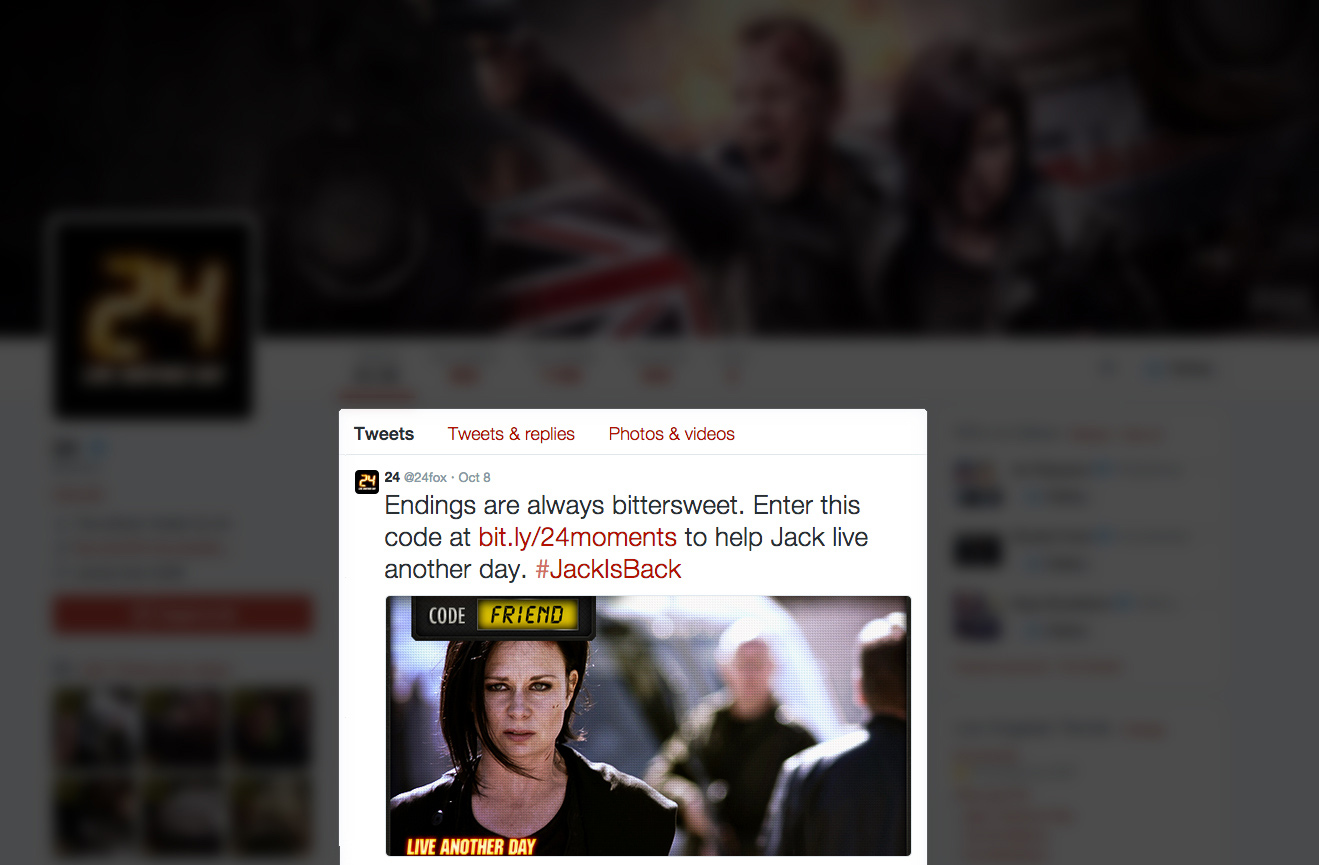