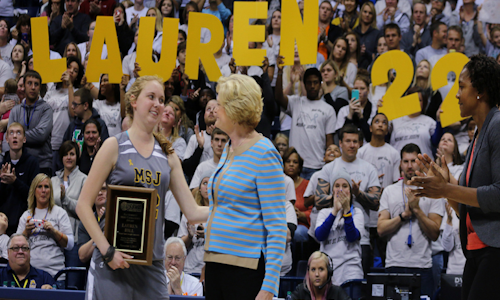 Lauren Hill was a standout at Lawrenceburg (Ind.) High School, who had originally committed to play for Mount St. Joseph's in Cincinatti on her 18th birthday. Less than two months later in the fall of 2013, Hill was diagnosed with DIPG (diffuse intrinsic potine glioma), a cancer of the brainstem that primarily affects children with about 100 – 150 new cases annually in the United States. Lauren's diagnosis was terminal and she was given until December 2014 to live. The news was devastating to her family but for Lauren that meant she still had time to make her dream come true: playing college basketball and wearing her #22 jersey for Mount St. Joseph.

That game was set for November 2, 2014, and held at a sold out Xavier Cintas Center. Leading up to Lauren's game, #1More4Lauren was launched to help raise awareness for the moment and Lauren's story fighting DIPG. More importantly, the goal was to bring attention to pediatric brain cancer and simultaneously raise funds for research.

#1More4Lauren led the charge for all campaigns supporting Lauren and helped to demonstrate the power and impact of social media to make a difference. The campaign became one of the most influential philanthropic campaigns of 2014 and engaged millions around the world, while showcasing the power of the words "Never Give Up."

When the NCAA granted Mount St. Joseph's request to mover their first game up to November 2, 2014, to allow Lauren to play, #1More4Lauren was launched in conjunction with several other campaigns. As her story circulated, support for Lauren and her wish to play one last time became overwhelming and included support from nearly all of the WNBA and its stars, as well as others like LeBron James, Richard Sherman, Rajon Rondo, and Amare Stoudemire. Tickets for the game at Mount St. Joseph sold out in minutes and the game was moved to the Xavier Cintas Center, where it sold out again.

The success of the #1More4Lauren campaign established Lauren Hill as a catalyst for digital and social conversations around awareness for DIPG and brain cancer. It culminated on November 2nd, when Lauren's dream finally came true in a nationally televised event on Fox Sports. At a game that would typically draw 100 people for Mount St. Joseph, more than 10,000 people, including professional athletes from around all leagues, as well as local celebrities, packed the arena to watch Lauren's dream come true.

Prior to the game, Lauren's team surprised her with gray uniforms made just for that game as gray is the color of brain cancer awareness. Though she is right-handed, Lauren had weakness on her right side of the body, forcing her to shoot left-handed. Just 17 seconds into the game, Lauren did just that, scoring on a layup using her left hand to put her team up 2-0 as the arena erupted to an emotional start to one of the most monumental games of 2014.

Lauren Hill's game brought full circle one of the most inspiring stories of 2014. Her spirit and bravery changed the world that day and became the catalyst for global support in the fight against DIPG. It has resulted in hundreds of thousands of dollars donated to pediatric brain cancer research, including $100,000 from the V Foundation for Cancer Research. More importantly, Lauren's legacy of courage has cemented itself as a beacon of inspiration for anyone fighting cancer.

As one of the primary initiatives driving Lauren Hill's awareness goals, #1More4Lauren was implemented with three key objectives in mind:

2. Inspire others through the courage of Lauren Hill to play in her first college game.

3. Rally the sports community together to support Lauren Hill in her efforts.

As one of the most memorable stories of 2014, #1More4Lauren was a unique and memorable hashtag campaign that helped to capture Lauren's quest to play college basketball. Designed as a cross-platform social and digital media campaign, the initiative was one of several to lead the way in Lauren's efforts to raise $1 million for The Cure Starts Now, a leading charity for finding a cure to DIPG.

Furthermore, it encapsulated the courage and love for the game of basketball Lauren had and provided the world with a way to come together. #1More4Lauren became not just a rallying cry for the sports community, but for the global community as a whole in its efforts to raise awareness about and find a cure for brain cancer. 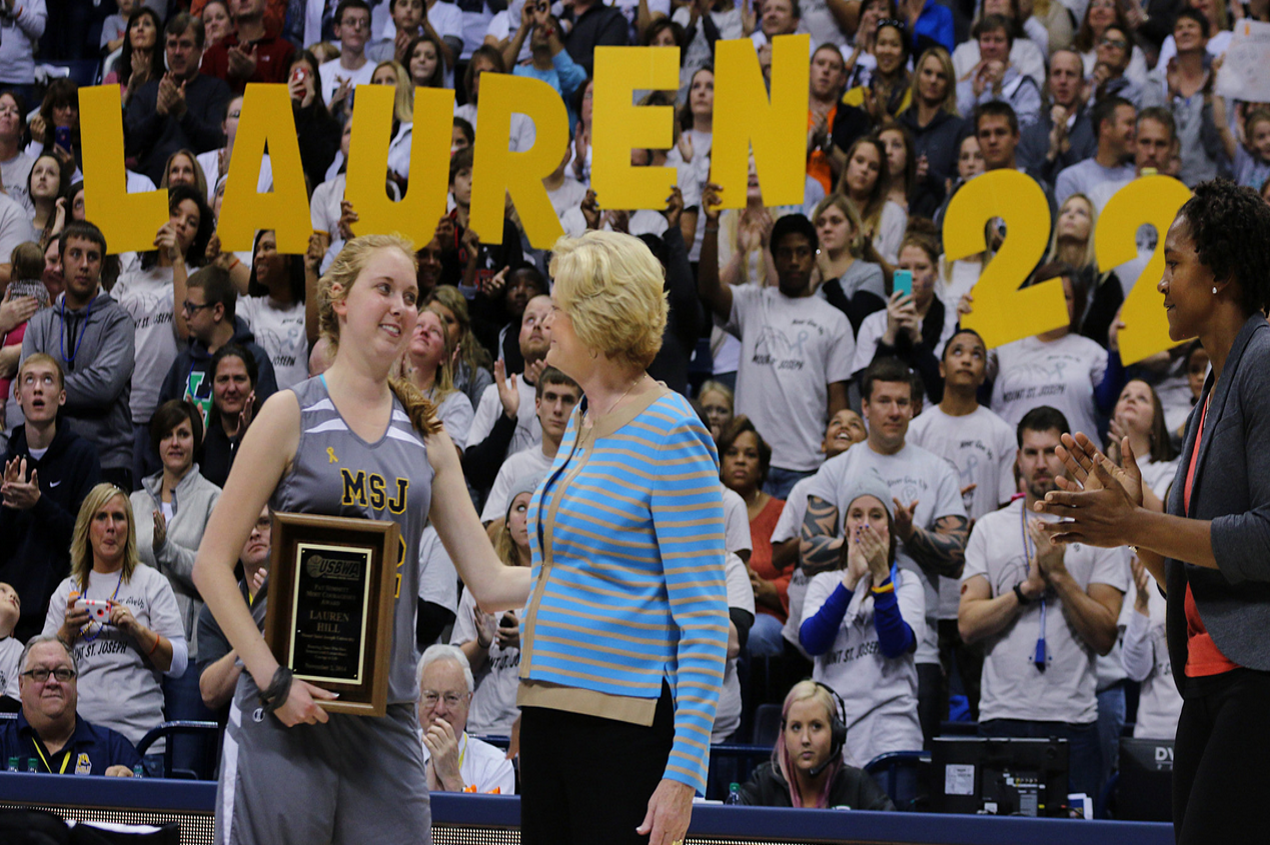 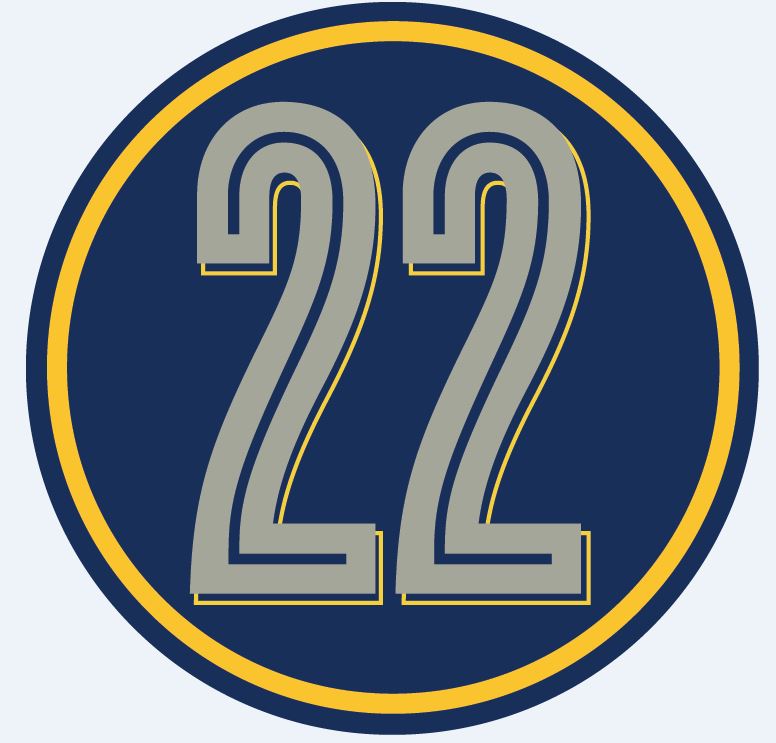 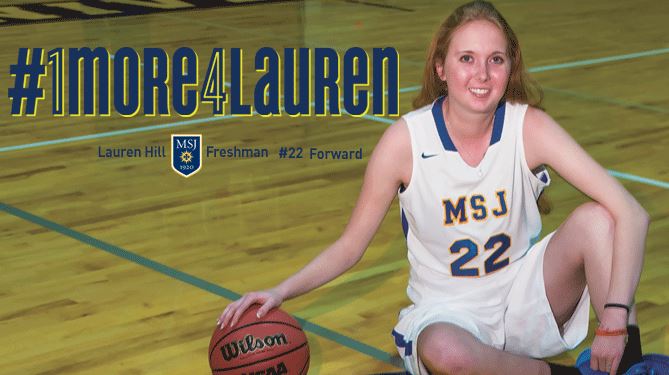