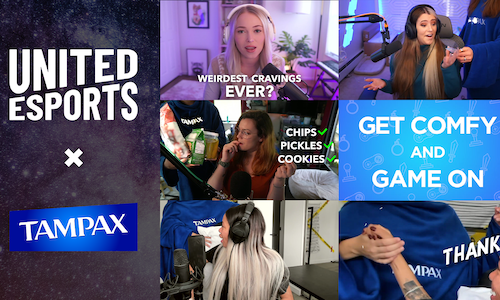 When world-renowned brand Procter & Gamble turned to United Esports (UE) to increase brand awareness around its Tampax products, United Esports immediately recognized the partnership's opportunity to highlight a vastly underrepresented and underappreciated audience – women in gaming. With campaigns like “Tampax: Know Your Flow,” “Get Comfy,” and “Tampax: The Ultimate Teammate”, United Esports proudly became the first to bring feminine care messaging and products into the esports and gaming space by producing fun, relatable content featuring a solid team of female gaming personalities that continues to deliver awareness, positive sentiment, and high-impact engagements nearly three years later. With this creative and meaningful approach, United Esports is paving the way not just for current and future Tampax activations, but for other female-focused brands entering the space as well.

People don’t talk about periods enough. Which is why understanding both segments of their target market entirely, United Esports knew that if they weren’t able to inform a potential customer about the versatility and effectiveness of tampons by the age of 20, they would lose that consumer for life. This knowledge provided a critical opportunity not only to fuel future growth for Tampax, but to own the topic of comfort in the gaming space and make it easier for women to openly talk about, and gain access to information about, their periods. To achieve this, United Esports incorporated and presented educational messaging about Tampax tampons utilizing a multifunctional approach. The team successfully built positive brand affinity with a younger demographic (12-17) through humorous and authentic content that addressed the commonly accepted misinformation about periods and tampons. It allowed Tampax to be a brand in the gaming space that created excitement and empowerment for young women. This campaign made it easier to talk about periods, ultimately showing that it shouldn’t feel embarrassing to talk about what happens to a woman’s body.

To really set the Tampax brand apart, and to empower women to own their comfort across all aspects of life, United Esports teamed up with popular streamer, Boze, who worked with Tampax and OBGYNs to provide well informed answers to questions about periods and tampons to the audience via livestream. These authentic conversations sparked a flood of genuine questions for Boze and the Tampax team as well as an immensely positive impact on the audience. With their most recent campaign (Tampax: The Ultimate Teammate), the brand has successfully accelerated product adoption among women 18-34 by showing the audience that their favorite gamers’ go-to product is Tampax because it gives her peace of mind with long-lasting comfort, and sizes for all flows. Perhaps the biggest win for the United Esports on this campaign was their success in building a community for young women to feel more comfortable to talk about what is often overlooked. Now young women can feel more confident to introduce other topics concerning their health to their audience, fellow female-gamers, and the rest of the gaming population.

The overarching success of Tampax’s many campaigns has led the brand to work with United Esports year after year. With the help of United Esports, Tampax effectively leveraged partnerships in the gaming space over the last three years with authentic and entertaining creative campaigns that organically performed and generated millions of impressions. The organic data for their most recent campaign, "The Ultimate Teammate,” determined that this campaign far exceeded expectations on how the community received the generated content by analyzing each individual post. With a positive comment ratio of 15:1, and an overall sentiment rating of 93%, leading Tampax to the highest ad recall lift in recent brand history. Tampax continues to solidify itself as a native brand in the space and with the help and guidance of Unite Esports, have become a trusted brand in the gaming space. These results, the likes of which have not been achieved by the brand in over 10 years, shows that United Esports furthers Tampax's ability to solidify itself as a native brand in the space and prove that gamers can trust and depend on the Tampax brand. 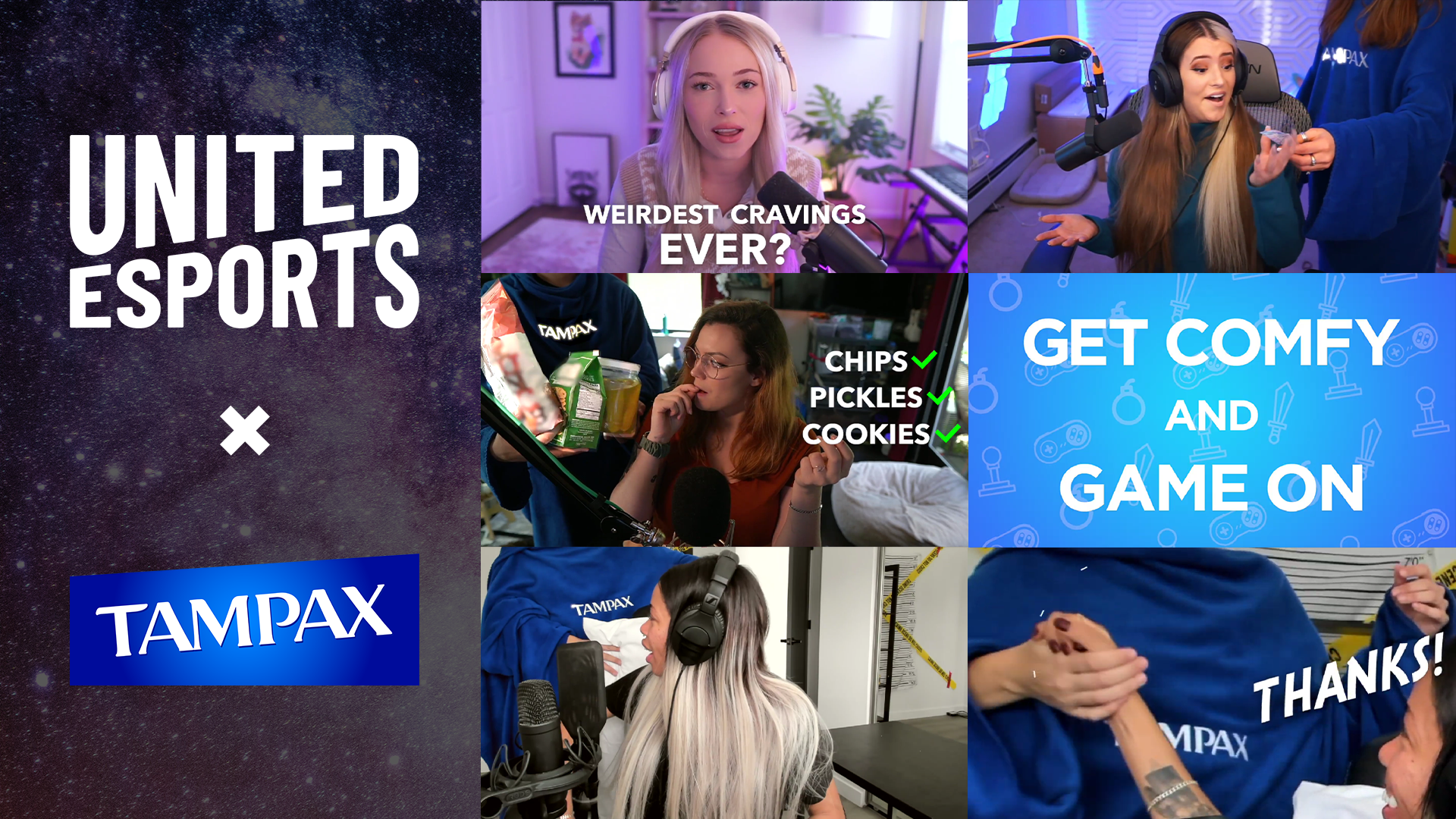