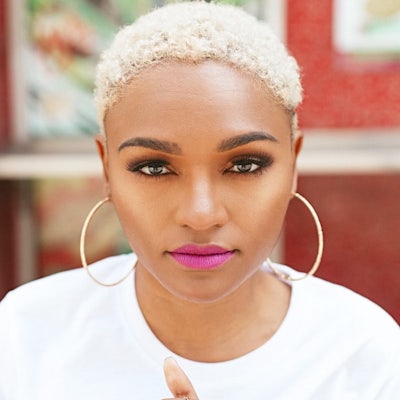 Lolo is a Film Independent Spirit Award-nominated actress, model, public speaker, and social media content creator. She currently stars as Jocelyn in HBO Max's Sex Lives of College Girls executive-produced by Mindy Kaling, and has a Youtube channel titled Sitting Pretty where she showcases the many vantage points of what her life experiences are as a person with disability.

She stars as Tracy Holmes in the John Cassavetes Awards Winning film Give Me Liberty. The film premiered both at Sundance and Cannes Film Festivals. Her performance was listed as one of the top performances of Sundance Film Festival 2019 by RogerEbert.com. She has been featured in multiple popular media outlets and modeled in campaigns for Tommy Hilfiger Adaptive and Zappos Adaptive. She's been a panelist at the Youtube Accessibility Summit, Los Angeles Abilities Expo, VidCon, and Cannes Lions, the world's largest advertising conference and awards.