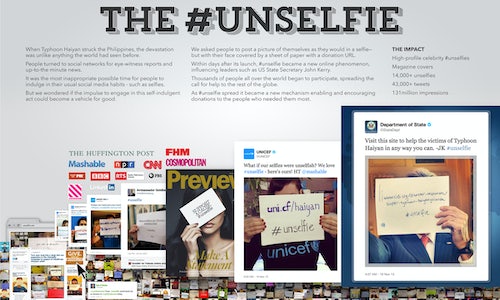 The selfie becomes a selfless act with the #unselfie. A picture of your face covered by a paper with a donation URL for Typhoon Haiyan survivors. The #unselfie rapidly became a new online trend and an effective social mechanism to call for help. BACKGROUND: When Typhoon Haiyan struck the Philippines, the devastation was unlike anything the world has seen. People around the world wanted to help, but didn't know how. We needed to spread the urgent call for donations to survivors in a way that was pervasive, cheap and most importantly, fast. SOLUTION: The answer came from the online culture of taking selfies. We asked people to post a picture of their faces covered by a paper with a donation URL to help survivors or an #unselfie. Within days, US State Secretary John Kerry, Mia Farrow and thousands of people all over the world participated. The #unselfie rapidly became a new social trend and an effective vehicle for good. RESULTS: 14000 unselfies/43000 tweets/131 million impressions. Unsolicited support from global personalities: US Secretary of State John Kerry, Mia Farrow, Ambassador Phil Goldberg, Jake Tapper and Bill Weir. Featured and supported by 100+ news outlets and publications: CNN, BBC, NPR, Huffington Post, PBS, Radio Télévision Suisse, Cosmopolitan, FHM. Preview magazine got the country's most famous actress to do an #unselfie for its cover. 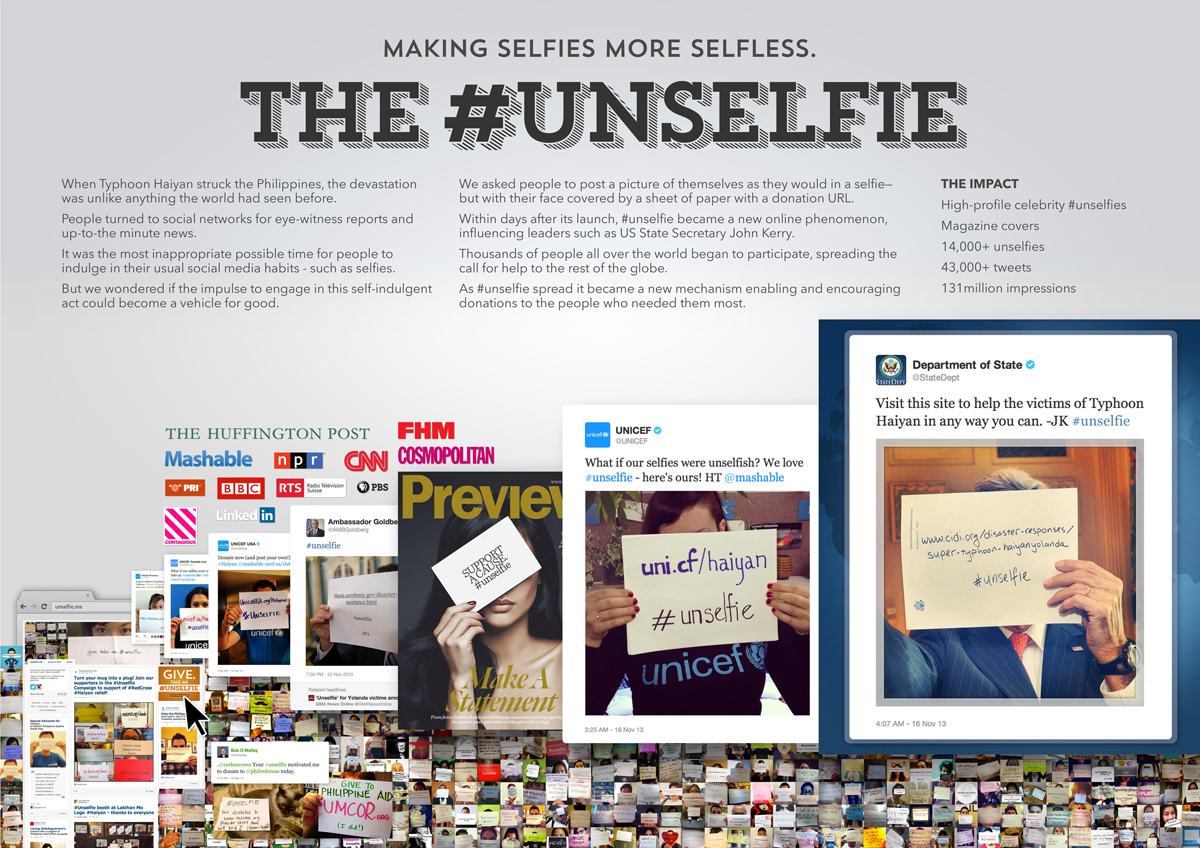