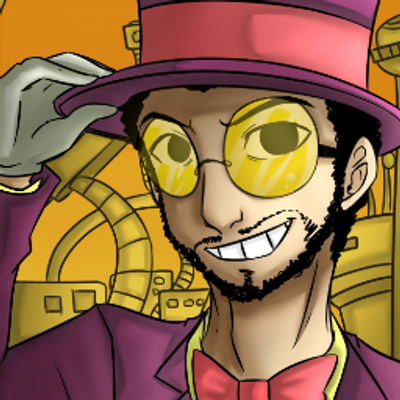 James "Nova" Wilson, Jr. is a Creature, mainly known for his rather inappropriate gags, according to him, "being a jerk," and for raging. He has, however, shown softer sides. Nova started out making Machinima videos on his YouTube channel in 2008. He went on a small hiatus while waiting for a new computer. Upon his return, he began posting videos on Machinima Respawn. He soon started making commentaries, both for his channel and Machinima. Eventually the focus of his channel changed from Machinima to commentaries on a whole. Not long after, he began doing a solo playthrough of Dead Rising 2, which turned into a multiplayer walkthrough featuring Sp00n. He also began making multiplayer videos with other Machinima makers and commentators, some also known as the Creatures, and soon became an official Creature himself, and he became a regular guest on Creature Talk. James' videos used to have an intro, in which his creature, Pyjak from Mass Effect 2, walked across his YouTube name and then it pooped on it, but more recently, he has simply been using artwork or title cards. He is most notably known for Happy Wheels. The first 8 episodes all have over 1,000,000 views. He has his own Character in Happy Wheels, Pogo Stick Man.