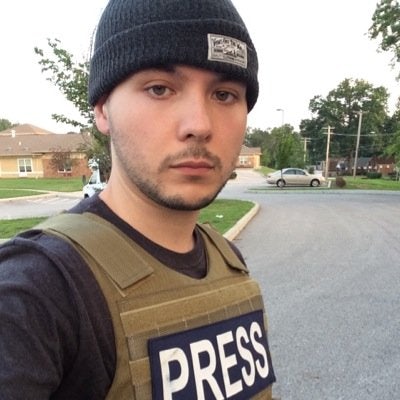 Tim Pool is an American journalist whose unique style of interactive broadcast journalism exists at the intersection of social and mainstream media. As a Producer for VICE Media, he has covered major events around the world in places such as Istanbul, Cairo, and Sao Paulo. Pool's coverage for VICE.com, as well as his groundbreaking livestream coverage of the 2011 protest movement, has been featured by international media outlets including The Guardian, Reuters, The New York Times, NBC, FastCompany, and Al Jazeera English. He is known for pushing the boundaries of journalism by consistently utilizing new technology such as livestreaming aerial drones, mobile devices, and even Google Glass. Pool was featured in TIME's person of the year 2011, is a nominee to the TIME 100 in 2012, and was the recipient of the Shorty Award for Best Journalist in Social Media in 2013. I consistently innovate methodology and technology in journalism. Social media is a main driving force. I am the first person to do a Reddit AMA live on the ground at a major international political event. I used Instagram video as a means to simplify the answering process. Most of the time I use livestreaming mobile apps to report live around the world and interact directly with my audience. Secondly, I am the founder of the http://Tagg.ly app, a tool made for providing context, copyright protection, and brand value to individuals and media organizations quickly and easily.