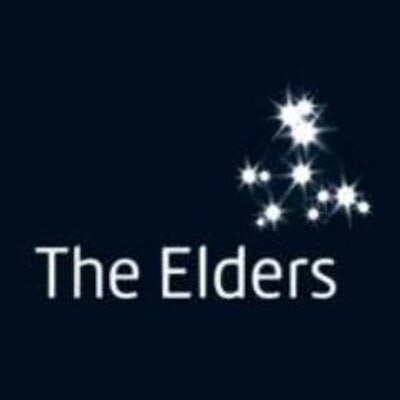 Chaired by Kofi Annan, The Elders is an independent group of global leaders who work together for peace and human rights. With the help of Graça Machel and Desmond Tutu, Nelson Mandela set about bringing the Elders together and formally launched the group in Johannesburg in July 2007. Archbishop Desmond Tutu served for six years as chair before stepping down in May 2013, and remains an honorary Elder. The Burmese pro-democracy leader Aung San Suu Kyi was also an honorary Elder, until her election to the Burmese parliament in April 2012. The Elders represent an independent voice, not bound by the interests of any nation, government or institution. They are committed to promoting the shared interests of humanity, and the universal human rights we all share. They believe that in any conflict, it is important to listen to everyone - no matter how unpalatable or unpopular this may be. The Elders engage in private advocacy, using their collective influence to open doors and gain access to decision-makers. At other times, they work publicly to promote neglected issues and speak out against injustice.