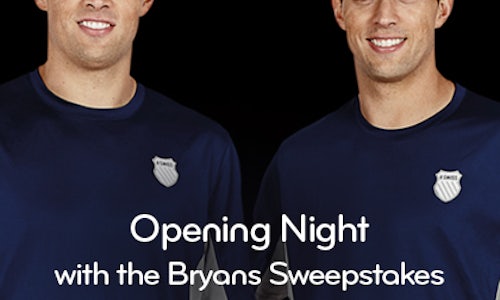 Tennis for the Modern World

At Esurance, we believe in the power of technology to make car insurance smarter and easier. From our super handy mobile app to Fuelcaster™, a gas price predictor and industry first, we leverage innovative tools to evolve the car insurance experience. And in 2013, we teamed up with Bob and Mike Bryan to evolve how tennis fans experience the US Open. Through our Opening Night with the Bryans Sweepstakes on Facebook, we sent one lucky winner and a guest to the US Open in true New York style.As the official car insurance sponsor of the 2013 US Open, Esurance launched an integrated marketing campaign featuring the Bryan Brothers, the world's number one men's doubles tennis team. The campaign showpiece was a 30-second television commercial produced for us by Leo Burnett Chicago, "Tennis for the Modern World," which illustrated how technology has changed the game of tennis and also how Esurance has used technology to revolutionize the way consumers shop for and buy car insurance. The commercial shows the Bryan Brothers wearing iconic tennis fashions from the last century and highlights the game's advancements throughout each period. We drew attention to the campaign on social media with the Opening Night with the Bryans Sweepstakes on Facebook. One lucky winner (and their guest) would attend opening night at the US Open as special guests of the Bryan Brothers. Facebook users could visit the Esurance Facebook page, "Like" it, and complete a short entry form for their chance to catch the most-watched tennis event in the world with the winningest men’s doubles team in the world. The prize package included: • 2 tickets to attend opening night at the US Open with the Bryan Brothers • A 2-night hotel stay in New York City • $2,000 in travel expenses • A high-tech tennis gift pack Visitors to the Esurance Facebook page could also watch and share exclusive behind-the-scenes vignettes from the making of "Tennis for the Modern World.". The vignettes included footage of the Bryan Brothers "time travelling" through the unforgettable eras of tennis. Visitors to our Facebook page were also able to download infographics featuring the Bryan Brothers and highlighting advancements in racquet technology, tennis fashion, and doubles tennis. We drove traffic to our sweepstakes with promoted Facebook posts and Tweets, mentions in The Esurance Blog, and press releases. Entrants could share their submissions with their friends as well as opt in to receive our newsletter and more information from Esurance. By its conclusion, our Tennis for the Modern World Sweepstakes, had garnered some great numbers: • Nearly 20,000 entries • 46% entry rate • 81% of unique entries were shared • 60% of unique entries opted in • Over 180,000 video views via Facebook • Nearly 100,000 video views on our YouTube page • 68% of the views of our Bryan Brothers/US Open video content occurred on Facebook Timeline posts • Most successful promoted Facebook post earned nearly 20k likes, 960 shares, and 247 comments 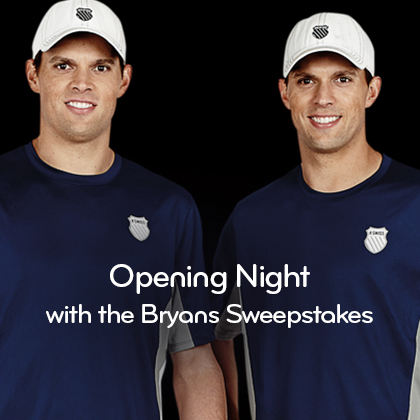