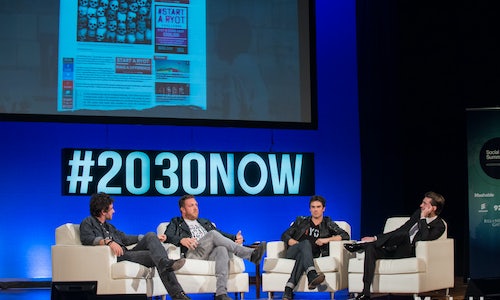 Mashable is committed to the power and influence that social good has around the world 365 days a year. To celebrate the social good movement Mashable hosts an annual Social Good Summit with the United Nations Foundation, 92Y, Ericsson, UNDP, and the Bill & Melinda Gates Foundation. The Social Good Summit is a three-day conference where big ideas meet new media to create innovative solutions. Held during UN Week, the Social Good Summit unites a dynamic community of global leaders to discuss one big idea: how can the power of innovative thinking and technology solve our greatest challenges? This past year, Mashable effectively utilized social media, using the hashtag #2030NOW, and the Social Good website to increase global awareness of Social Good. This year, the Social Good Summit was the biggest to date. At the 2013 Social Good Summit the most innovative technologists, influential minds, and passionate activists came together with a shared goal: to unlock the potential of new media and technology to make the world a better place, and then to translate that potential into action. Over 2,000 people gathered at the 92nd Street Y in New York City to listen to 175 speakers between September 22-24, 2013. In addition to thousands of attendees at the Summit, thousands more gathered around the globe to watch the event online and to participate in Global Meetups. Last year's theme was #2030NOW. This theme took a closer look at how global citizens are using the digital tools of today to plan for a brighter future by 2030. Speakers incorporated this forward-thinking theme into their presentations, and it created a lively discussion that was echoed throughout UN Week and in the global conversation online. Notable speakers at the Social Good Summit included Former Vice President Al Gore, Special Advisor to the Secretary of State on Youth Issues, Zeenat Rahman, Actor and Activist Ian Somerhalder, President of Wesleyan University Michael Roth, Philanthropist Judith Rodin, United States Ambassador to the United Nations Samantha Power, Deputy Secretary-General of the United Nations Jan Eliasson, Singer and Activist will.i.am, NASA Astronaut Ron Garan, and Entrepreneur Sir Richard Branson. See the complete list of 187 speakers, see the speaker section here: http://mashable.com/sgs/#speakers. See the complete agenda here: http://mashable.com/sgs/#agenda. To make the #2030NOW goal a reality, Mashable and its partners focused on making the event as accessible as possible by livestreaming the entire three-day conference. Those who could not attend the summit in NYC had access to the livestream feed on the Social Good Summit website. In total, there were 81,000 unique livestream visitors from around the world, and over 200,000 livestream pageviews. The livestreams were broadcast in 7 different languages in 204 different countries. The global conversation was more vibrant than ever before; with meetups in more than 100 countries and a hub event in Nairobi, global communities made their voices heard. Between Mashable meetups, UNDP and +SocialGood, there were over 120 gatherings in more than 100 countries that discussed issues pertinent to each local community as well as global problems that were highlighted at the Social Good Summit. These meetups were formed and organized online. More than 49 articles were published about the Social Good Summit online. These articles garnered more than 370,000 pageviews and 79,000 shares on social media. The social conversation leading up to, during and after the summit was impressive. People from around the world used the #2030NOW hashtag, and it was globally trending during the summit. Social Good Summit Statistics: -83,000 Mentions of #2030NOW on social media -#2030NOW was a globally trending Twitter hashtag during the summit -81,000 unique Livestream visitors online and 200,000 pageviews -204 countries/territories viewed the Livestream -120+ meetups globally (formed and organized online) -1094 journalists and bloggers registered for the Digital Media Lounge to contribute to the news cycle Press Highlights: Forbes - The Power of Innovation and Technology to Change the World http://www.forbes.com/sites/skollworldforum/2013/09/20/the-power-of-innovation-and-technology-to-change-the-world-an-inside-look-at-the-2013-social-good-summit/ The Daily Beast - Malala Takes the Stage http://www.thedailybeast.com/witw/articles/2013/09/23/malala-yousafzai-speaks-at-mashable-s-social-good-summit.html CNN Money- Al Gore: Climate and ‘Democracy Crisis’ http://www.samachar.com/al-gore-climate-and-democracy-crisis-njywK7biggf.html Huffington Post- UN Week Wrap: Africa Rises, Women Win and Millennials Rule http://www.huffingtonpost.com/kristi-york-wooten/un-week-recap-africa-is-r_b_3997578.html 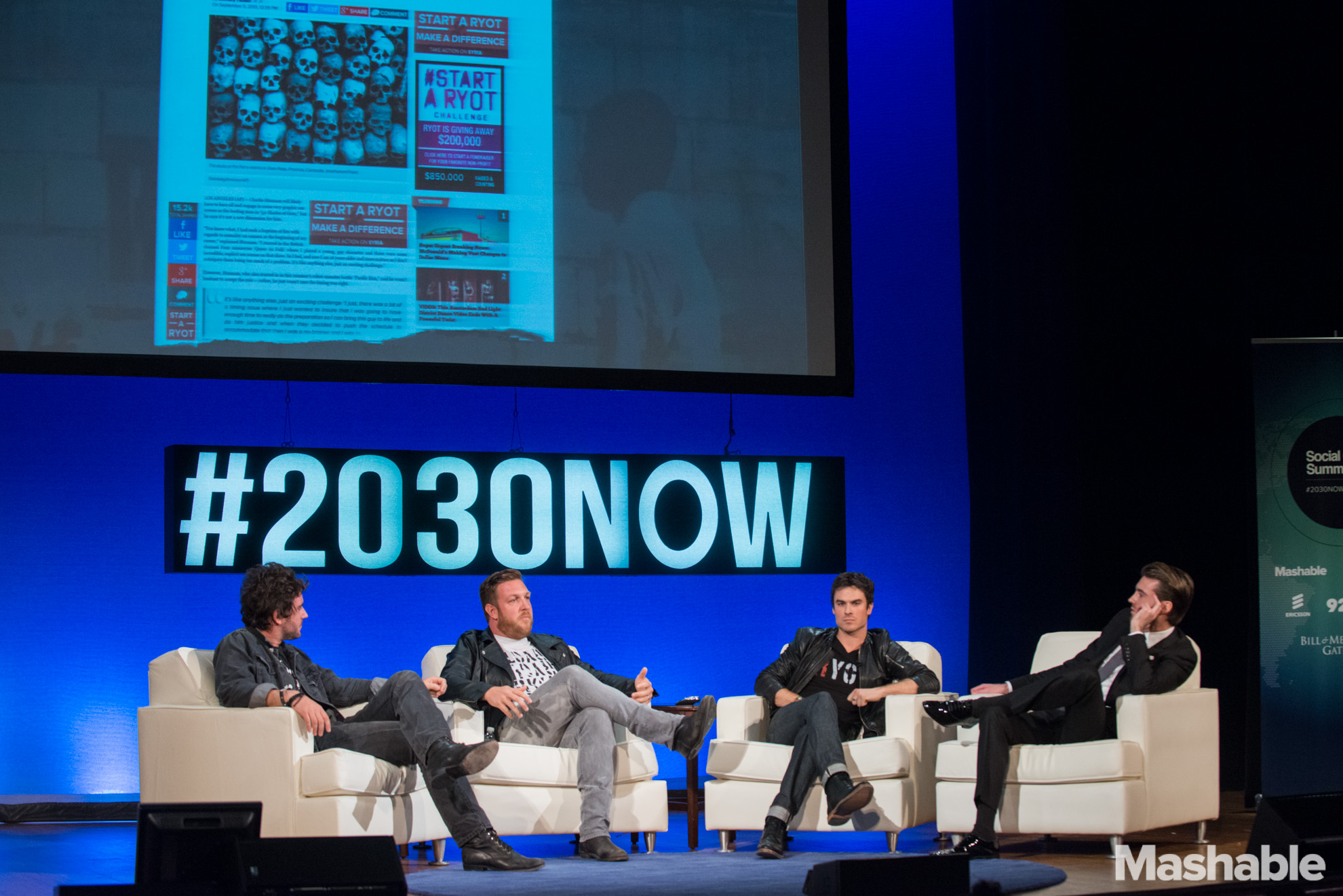