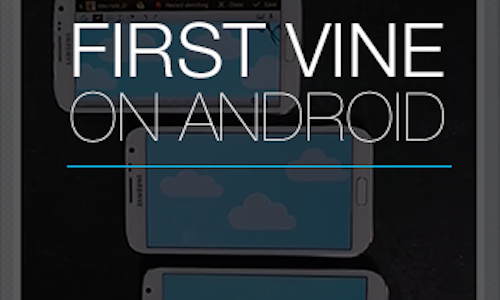 Samsung Mobile US Launches the First Vine on Android

With Vine nearing its June 3rd launch on Android, the Samsung Mobile US team set out to engage our community in an authentic, creative way that would achieve brand objectives and set a high bar for any brand that dared to follow. Our goal: not only to beat competitors to the platform, but also to equip Galaxy owners with the knowledge to execute amazing Vines of their own, showing the world the creative power of the Galaxy Family. As a mobile brand, we had the opportunity to tell a multi-faceted story. Our Vine not only demonstrated that Galaxy devices power Vine creation on Android, but also tied back to our innovation and product story. Using a Galaxy S 4, we created a stop-motion production that showed off the S Pen on the Galaxy Note II. And on June 3rd, we worked with Twitter to publish the first Vine on Android from @SamsungMobileUS, simultaneously putting Galaxy owners at the center of the campaign by asking them to share their own #GalaxyVine. Only one week after launch, our initial Vine was shared more than 2,000 times—and our Vine channel attracted more than 8,000 organic followers solely on the strength of the content. Galaxy owners rallied behind our call-to-action to create their own Vines, and the #GalaxyVine hashtag was used more than 16.4K times just on Twitter. Overall, Samsung Galaxy successfully co-opted the media buzz around Vine’s Android launch, securing approximately 360 total media mentions. Samsung Mobile US wasn’t just first to the platform with Vine for Android. To meet our objectives, we knew that our first Vine post had to creatively tell the launch story through Galaxy-exclusive device features, reach the right audience at the right time, and set our newest channel up for sustainable success. In the weeks leading up to launch, we prepared for the brand’s first foray into micro-video content production by constructing a custom, Galaxy S 4-powered Vine Studio in office. Partnering with a well-known multi-disciplinary stop motion artist, we challenged ourselves to tell the Samsung innovation story through the lens of Galaxy devices—all in six seconds. Situating the studio in-house allowed the collective team to drive the entire creative process from initial concept development all the way through production. And the result paid off with a polished stop-motion Vine that told our Galaxy Note II’s S Pen product innovation story in a unique and ownable way—created start to finish on a Galaxy S 4 in a style and quality rooted in platform best practices and true to our brand promise. When launch day arrived, we coordinated with Twitter to seamlessly publish our Vine immediately after the Android press conference. This timeliness brought us to the forefront of media coverage while enchanting our most important audience: loyal fans and followers of @SamsungMobileUS. And to extend our reach even further, we secured the June 3rd Promoted Trend for #GalaxyVine, leveraging the high-profile placement not only to ensure mass awareness but also to empower Galaxy owners to tap into their creativity on the platform. By setting the bar so high for our first Vine—and the first ever Android Vine—we built the foundation for a new visual destination of the world in motion, capturing imaginations and telling the Samsung innovation story through the lens of Galaxy devices. Over the next six months, this creativity would set the stage for a best-in-class Vine channel that has enchanted not only our Galaxy owners but that has also secured the brand coverage in outlets such as Mashable, Fast Company, and eConsultancy. At the end of the day, we understood the importance of the launch to our fans and consumers, and focused this moment on empowering a global movement for Galaxy owners to create their first Vines and share them with the world. 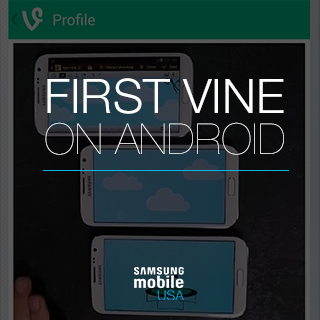