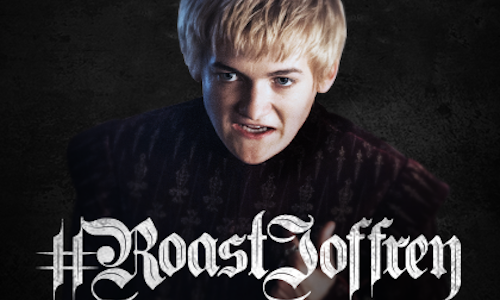 To build excitement for Game of Thrones during the off-season, HBO and 360i launched the first-ever social media comedy roast in celebration of the show’s very own King Joffrey Baratheon – the character the Internet loves to hate. Among the top TV characters, 360i’s social buzz analysis found that King Joffrey was the most hated character on the Internet in 2013. Out of the total conversation around 35 TV villains, Joffrey was associated with the word “hate" 83,000 times – that’s 3.5 times more than the second-most hated character, Walter White, and approximately three times per hour for every day last year. That’s a lot of hate. The event kicked off with digital invitations, a dedicated platform to showcase the action, and a social newsroom to respond to roasters in real-time. Taunts and jokes poured in from Twitter, Facebook, Instagram and Vine for 48 straight hours. Fans, influencers, content creators, celebrities—even the cast of “Game of Thrones"—all got involved. And the campaign, after being picked up by over 144 press outlets and an international audience, garnered mainstream attention and kept conversation for Game of Thrones high at a crucial time between seasons. #ROASTJOFFREY was the world’s first-ever social media comedy roast – a crowdsourced, 48-hour shellacking of one of the No. 1 character the Internet loves to hate. Embracing the true potential of social, we gave fans a reason to come together around a common passion point (loving to hate on Joffrey) and a platform to do it on (RoastJoffrey.com). Campaign highlights include: • 60,000 roasts in just 48 hours; #ROASTJOFFREY trended nationally within an hour of launch. View roasts at www.roastjoffrey.com. • Over 850 million impressions: It got so big that other brands – like Oreo, JCPenney, and Charmin – joined the fun. • Massive positive media attention: Coverage in 140+ outlets, including Entertainment Weekly, Hollywood Reporter, Vanity Fair and more— with entertaining headlines such as “Move over Comedy Central, King’s Landing Really Knows how to Throw a Roast." • International reach: Roasts were submitted from thousands of miles away. • Social newsroom: To encourage greater conversation, fans received personal reactions from his grace, King Joffrey, in real-time. • A 367% increase in Game of Thrones mentions year over year. 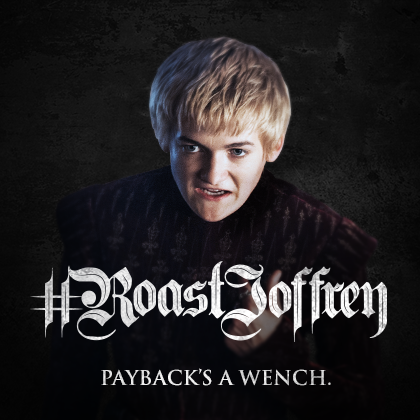