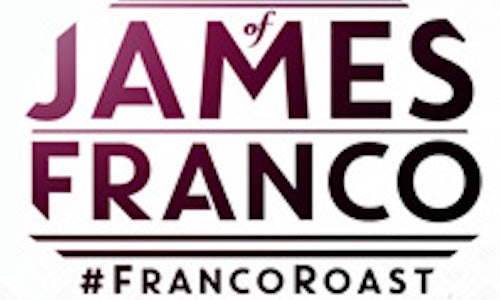 The Comedy Central Roast of James Franco probed the question, "Is there anything that James Franco can't do?" It was only fitting that the social media program for the Roast be as ambitious as the man of mystery himself.James Franco is known for being everywhere and doing everything. So, when the Roast of James Franco aired on Comedy Central, the producers chose to represent the event on social media with the same level of enthusiasm. By syncing the release of show-related content on various social networks including Facebook, Twitter, Instagram, and Youtube with the linear broadcast, the franchise reached fans in a multitude of forms, each one playing on the strengths of the medium it was on. Even if viewers were not tuned in to the television broadcast, they were able to enjoy Franco getting roasted as it unfolded, on the social account of their choice. Those fan interactions were then fed back to the linear broadcast, featured in a "Social Encore" airing of the Roast. Highlights: #FrancoRoast Moments - 18 of the best jokes from the show were released in real-time as they were being delivered on air. They were adapted for each social network, released as short video clips on Twitter and Facebook, 15-second Instavids for Instagram and as a combination of video clips and animated gifs/memes for Tumblr. Share the Roast - On-air viewers were driven via lower thirds to the "Share the Roast" page on cc.com which was the one stop shop for sharing #FrancoRoast Moments across all social media platforms. Embedded clips appeared on this page in real time and gave users the ability to share individual jokes via their social network of choice. Social Encore - Immediately following the premiere broadcast of the Roast, an encore presentation of the show featured curated fan reactions being surfaced continuously on-screen, enhancing the show with relevant viewer reactions that were synched with the action unfolding on the Roast dais. Over 500 tweets were displayed on-air over the course of the 90-minute broadcast. 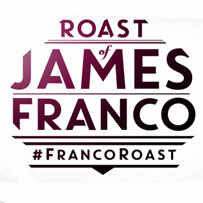