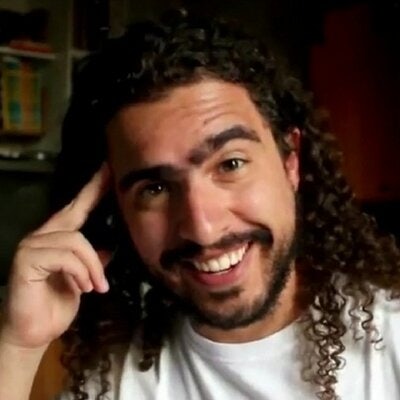 He is a 32-year-old biologist from Brazil, finishing his PhD in paleontology, and that loves to teach. He discovered that the youtube is a wonderful way to explain important things to people, and that it's more practical than a classroom, because the explanation will be always there. But the most surprising thing happened when he discovered that people want to listen what he have to say. Facebook and Twitter are wonderful tools to spread bullshit, and so, they should be also a wonderful way to spread good ideas. apparently by chance, mostly of the polemic themes that appeared at newspapers in Brazil in the last two years have something to do with biology: hydroelectrics in amazonia, new florestal code, gay cure, abortion, global warming, animal used in scientific tests, and many other things. The use of humor and the uncompromised talk made the youtube public searches some trustable information about these themes in his channel.