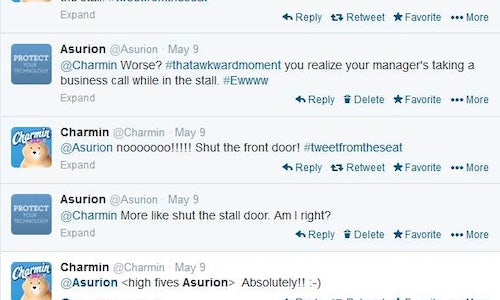 69% of Americans have taken their phone into the bathroom with them. *ewww* 36% of Americans have admitted to taking a business call from the bathroom. *shudder* An untold number of horrified employees have witnessed these transgressions. And that's not the worst of it. Fifteen percent of Americans have dropped their phone in the toilet. By our calculations, that's around 48 Million phones taking the plunge. Asurion hopes to bring awareness to the ever-growing trend of "multitasking" in the bathroom and encourage responsible phone ownership. The spontaneous exchange between Asurion and Charmin showcases how two brands in extremely different brand categories can come together for a light hearted yet relevant exchange. *Estimates based on Asurion claims data, January - June 2013 and CTIA reported subscribers, 2012 This was an spontaneous, organic interaction between two brands with virtually nothing in common. Asurion reached out on a whim and Charmin graciously and humorously responded and played along. 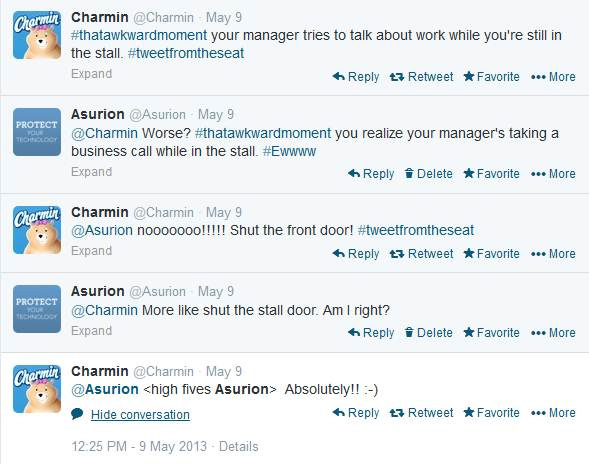